A Financial Approach to Environmental Risk

When we talk about risk in the financial world, we are typically referring to an asset or portfolio whose price may decrease down the road. Even though risk implies a level of uncertainty, we are able to model and measure the risks associated with these assets. One of the typical ways we do this is to assess their volatility; if their prices change often, we would argue that you take on a large risk by holding them.

When volatility is especially low, it is very likely to rise again. But before the financial crisis, the risk management tools that we generally used did not offer an easy way to measure this potential and warn people in the financial sector that these risks could change.

"If we are effective at responding to climate change, the stock market should reward us today for taking steps to reduce long-term risk in the future."

Since then, we have built volatility models that allow us to project how fast risks can change, using historical data to simulate a number of future sample paths for long-run risks. These tools now allow us to look back on the period of time before the financial crisis to understand why everything went wrong when it seemed to be going well. In fact, just before the crisis began, only short-term volatility was low; in the long run it was high, significantly changing the situation’s perceived longrun risks.

Risks considered “long-term” are sufficiently far in the future that what we see today only has a tiny bearing on what the long-run risk really is and include events such as economic recessions, inflation, terrorism, war, and even climate change.

Climate Change as a Long-Term Risk

So why do we think of climate change in the long-run risk category? The scientific evidence is clear that the climate is changing. However, we are not sure what the economic costs associated with this change will be or what the economic benefits would be of doing something about it. The topic of climate change includes large uncertainties that we have to address as aspects of long-run risk, but the financial community is in the business of making decisions under uncertainty. Knowing this, how should this community approach climate uncertainties?

A good initial approach is to assess the potential financial impacts of climate change. We assume that the global economy will be able to produce fewer goods and services as climate change progresses than it would without climate change. We also assume that the government will have to take a number of actions, such as building dikes or moving power plants, and that funding these actions will require raising taxes and will increase the cost of doing business for companies. Costs from doing so may be significant, but they are far in the future and uncertain as of now. Revealing more information on these costs requires projecting and comparing a variety of long-run risk scenarios for the stocks or assets in question.

If you think about the whole of the market as being one large, risky asset that faces a long-run climate change risk, then we would expect today’s stock market to drop if future climate risks were seen as more severe. Conversely, we could expect today’s stock market to go up if future climate risks were thought to be less severe. Assuming these hold true, we wouldn’t have to wait 50 years or so to find out whether we’ve had a positive impact on the environment and would instead see the stock market respond today. If we are effective at responding to climate change, the stock market should reward us today for taking these steps to reduce long-term risk in the future.

Now that we’ve identified climate change as a long-run risk, how can we hedge against it? I have described the market as one large and risky asset, but in reality it’s composed of a large number of assets in which we can choose to invest—some of which will be more sensitive to longrun risk than others. We might have one portfolio in the short run, but if the long run changes, we want to be prepared for that with a second, hedge portfolio.

"I propose that we use a carbon tax to reduce Social Security payroll taxes, helping to offset the regressive nature of the tax."

What features define a hedge portfolio? First, it should be expected to outperform in a crisis. In other words, it should have especially high returns during a crisis but will underperform on average because it is composed of essentially inferior assets with special benefits only under specific circumstances.

Taking these features into account, what assets would we pursue when building a portfolio to hedge the effects of climate change? We would start by looking for companies that are expected to do well in a high-cost but low-use carbon environment. This could include alternative energy strategies, non-carbon transportation and manufacturing solutions, sequestration technologies, and so forth.

The Role of a Carbon Tax

This suggests that implementing some kind of comprehensive carbon tax and using its revenue to reduce other taxes would reduce risk and increase the stock market. While this measure theoretically should fly through Congress with the support of voters and investors, the reality is that political and special interests make this an unlikely scenario without a little bit of fine-tuning. I propose that we use a carbon tax to reduce Social Security payroll taxes, helping to offset the regressive nature of the tax. Today’s under-40 voters could be big supporters of this measure, which could fund Social Security in perpetuity, all while reducing environmental costs and the need to pay for today’s retirees. Announcing these changes a few years ahead of time could ease this transition, as could placing some carbon tax revenue into a sovereign wealth fund to accumulate for a few decades. Some beneficial features of such a fund are that government would buy diversified stocks from US firms that would actually lower the cost of capital, offset the higher cost of energy, and provide a benefit to corporate America, which then might pass through to labor.

Agreeing on a good tax rate for this policy is the last piece of the puzzle—set it too high and we slow the economy too much, while setting it too low renders it less effective than it could be. This is something we probably could not know ahead of time. Putting something in place for 20 or 30 years at a time without periodic policy review doesn’t make much sense, and the use of a carbon tax would probably benefit from a yearly scientific and economic committee meeting that would decide where the current rate should be. The federal government appears to be able to do this, but we may benefit from the creation of an independent agency that can sensibly assess the data and decide what to do at any point in time.

Sometimes policy solutions seem simpler to an academic than to policymakers or voters, but my hope is that lessons from the financial sector can help bridge the gap when dealing with risk and volatility. These lessons caution that policymakers should ensure that society only takes the risks it intends, including the possible long-run risks that follow short-run outcomes. Policymakers should consider reducing exposure to long-term risks by hedging and recognize that those policies aimed at reducing long-run risks can have benefits in today’s markets. Finally, implementing some sort of carbon tax with revenue funneled into Social Security is not only financially beneficial but also will help us preserve many of today’s environmental assets for the future.

This article is an excerpt of Robert Engle’s remarks, “A Financial Approach to Environmental Risk,” given on March 18, 2014, as part of RFF’s Nobel Laureate Lecture Series. Video footage of the event is available at www.rff.org/Engle. 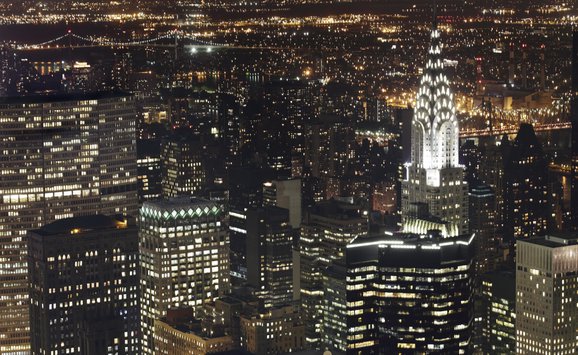 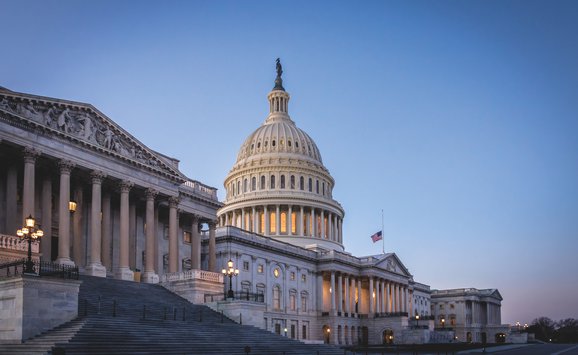