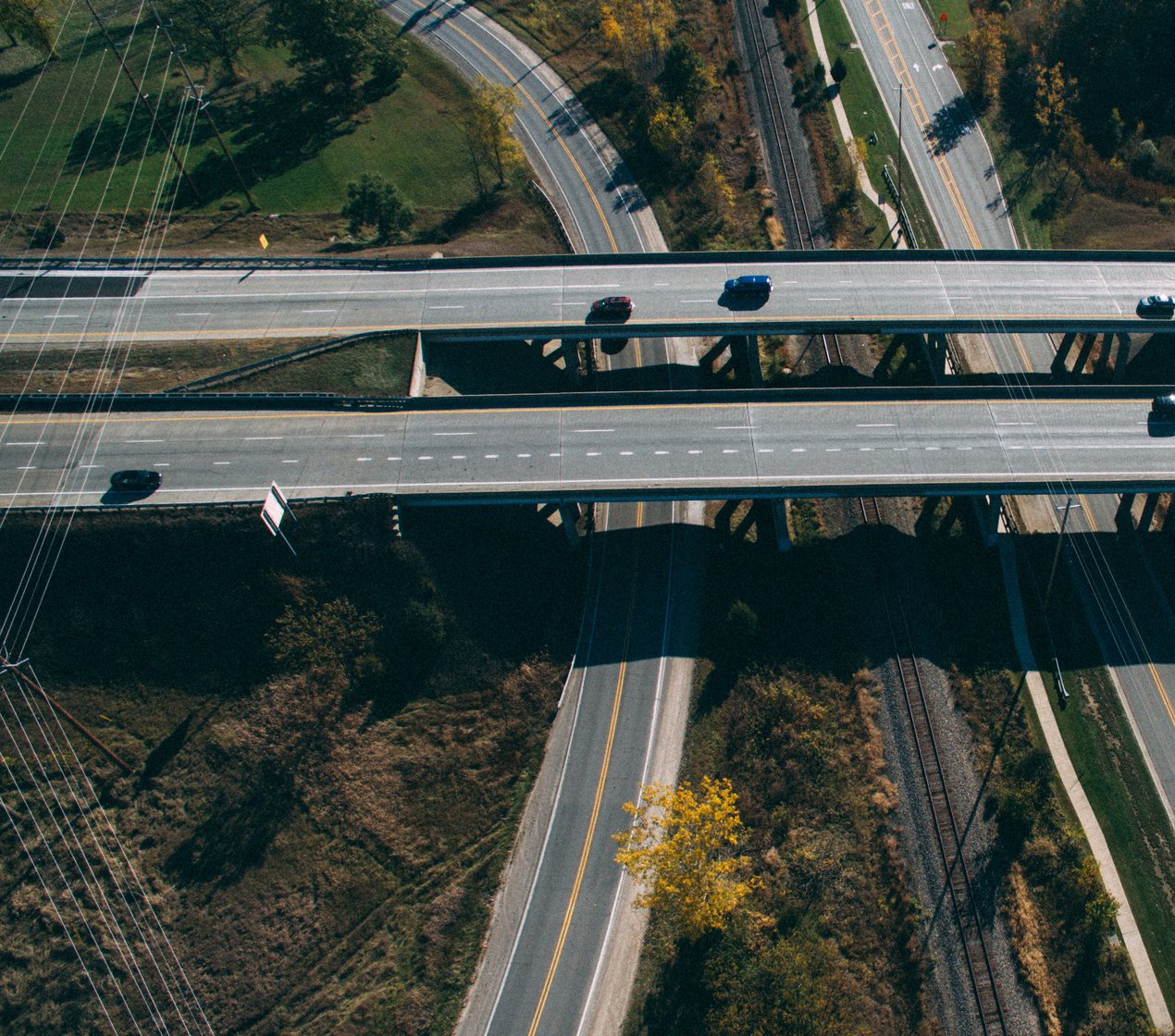 Spurred by concerns about energy security and climate change, transportation policy in the United States regulating new vehicles in recent years has been designed to improve fuel economy and curb greenhouse gas (GHG) emissions. But when multiple levels of government enact policies with the same objectives, the overlap can often present dilemmas and interference, leading to higher costs of compliance or a reduction in overall benefits to society—or both.

We recently examined the interactions among current US federal policies and both actual and proposed state approaches to address the transportation sector. Some state policies are likely to interact negatively with federal regulations—but carefully constructed state programs can compliment national policies and help reduce GHG emissions, air pollution, and congestion.

The US federal standards regulate both the rate of fuel consumption (in gallons per mile) and the rate of emissions (in grams of carbon dioxide [CO2] per mile). But—a vehicle's total fuel consumption and emissions also depend on how much it is driven as well as the carbon content of the fuel used. Because the national standards for new cars address only the rates of fuel consumption and emissions, opportunities exist for state-level policies to complement federal regulations by targeting the total amount of driving and the type of fuel that vehicles use. In addition to the standards, several other federal initiatives directly support the innovation and adoption of new automobile technologies, such as plug-in and fuel-cell vehicles.

Environmental and economic conditions have motivated many states to adopt­—or at least consider—their own approaches in addition to the federal policies to reduce fuel consumption and GHG emissions from passenger vehicles. States have their own climate, air quality, and sustainability goals that include reducing air pollution, traffic accidents, and traffic congestion. Some want to support and promote new plug-in vehicle technologies with long-term pollution reduction targets in mind. States may also want to tax driving or vehicle ownership based on the external costs of driving, which would provide incentives to reduce pollution and congestion costs, raise revenue, and potentially improve the overall efficiency of state tax systems.

A range of policy options exists to meet these objectives—including subsidies or mandates for alternative fuel vehicles as well as taxes on GHG emissions, miles traveled, or vehicle use. But overlapping policies across multiple levels of government can make it difficult for states to achieve their goals.

Current Federal Policies and Opportunities for the States

It is important to understand what standards for new vehicles can and cannot do. They can help raise fuel economy and benefit society if consumers do not account for the societal impacts of fuel consumption (e.g., emissions that contribute to climate change) when making choices about new vehicle fuel economy. Similarly, if some buyers do not fully value the expected fuel savings from high fuel economy when purchasing a new vehicle, then standards can be a more economically efficient approach for reducing fuel consumption and GHG emissions than alternative policies, such as a carbon price.

However, GHG emissions depend on the emissions rates of all vehicles on the road, the miles those vehicles travel, and the carbon content of the fuel. As we note above, because new vehicle standards cover only emissions and fuel consumption rates, additional opportunities exist for reducing emissions from the entire on-road vehicle fleet. The standards may even exacerbate external costs that increase with miles traveled because of what is known as the rebound effect—the fact that standards reduce per-mile fuel costs and thus increase driving. In principle, state policies can be designed to counteract this effect.

New vehicle standards also do not fully address market failures related to innovation. There are likely to be learning spillovers and capital market failures associated·with bringing alternative technologies such as plug-in vehicles and the batteries that power them to market. Learning spillovers refers to a situation in which a firm can improve its vehicles, for example, by reducing production costs or improving quality, based on another firm's advances. However, if a firm anticipates that other firms will take advantage of its innovation, the firm may decide that it is not worth it to pursue as much innovation in the first place, resulting in too little innovation from a societal perspective. Policies to promote alternative fuel vehicles are called for when the market fails to deliver sufficient innovation.

Imperfect capital markets may also reduce innovation. The transition to an entirely new fuel type and a new vehicle—for example, from the internal combustion engine to electric drivetrain vehicles fueled by electricity or hydrogen—requires automakers to make risky investments in new technologies. Firms may not be willing to accept the risk at market borrowing rates because of information asymmetries, agency problems. or other market failures between automakers and potential lenders and investors.Consequently, it may be socially beneficial if the government accepts some of the risk by subsidizing investments in research and development and spreading the risk across taxpayers.

California's Zero Emission Vehicle (ZEV) Programn, which sets mandatory sales targets for alternative fuel vehicles, is the most significant state effort designed to promote these vehicles. The program's goal is to increase sales of alternative fuel vehicles in the short run, in hopes that the costs will come down in the long run—enabling these vehicles to compete with gasoline-powered vehicles. But are state incentives such as California's ZEV mandate arranted in addition to the federal incentives?

We can think of the ZEV Program as providing an implicit subsidy to alternative fuel vehicles because it causes manufacturers to reduce prices and encourage sales of those vehicles. This conceptualization allows us to look at factors that influence the "optimal" level of subsidy for alternative fuel vehicles—that which would result in the greatest benefits to society—and to compare that to the range of subsidies we find with existing policies. including both direct and implicit subsidies.

Our findings indicate that the existing federal subsidies are within the range of plausible optimal subsidies. That optimal level could be higher or lower than the current direct and indirect subsidies combined. To better understand both the magnitude and time frame of optimal subsidies will require further study

Notwithstanding the opportunities for state vehicle policies to increase social welfare, there is a risk that they will cause what is known as emissions leakage­—where one state enacts a policy that reduces emissions in that state but also induces an increase in emissions beyond its borders. Federal GHG and fuel economy standards can interact with state policies to cause leakage in two ways.

The second source of leakage arises from the fact that, to promote sales of alternative fuel vehicles, the current federal standards intentionally underestimate the emissions from those vehicles. The underestimation implies that any state policy (such as California's ZEV program) that increases sales of such vehicles in some states can actually increase total national emissions. This is likely to be a short-run effect because the federal provisions that allow for the underestimation of emissions are set to be phased out in the future.

The broader goal of promoting alternative fuel vehicles, whether at federal or state levels, is premised on the notion that increasing short-run sales will ultimately reduce the costs of adopting new vehicle technologies for consumers or manufacturers, enabling stricter emissions standards and lower emissions in the long run. State decisionmakers considering policies that promote innovation and new technology adoption should be aware of the trade-off between higher emissions in the short run and the potential for lower costs and emissions in the long run.

Considering the opportunities for emissions reductions and technological innovation from state programs—as well as the potential for emissions leakage—a number of policy options are available for states, including taxing carbon, congestion, or miles traveled; subsidizing alternative fuel vehicle technologies; and subsidizing public transportation. We found that a carbon tax addresses, if imperfectly, the external costs of driving, and a congestion tax is more efficient at reducing congestion than other taxes. We argue that combining carbon and congestion taxes is more efficient than using only one tax or a combination of other tax policy options. Nonetheless, other taxes can increase social welfare by reducing miles traveled or the carbon content of fuels.

Direct subsidies for alternative fuel vehicle technologies (such as tax credits for vehicle purchase or charging stations) could be justified if federal subsidies are below socially optimal levels. Implicit subsidies created by vehicle mandates such as California's ZEV Program could be justified as well. We found some evidence that suggests further state subsidies beyond those provided by the federal government may be justified in the long run—but this remains an open question.

Finally, it is important to note that each of the policies we have discussed implies different costs—as well as differences in who pays the costs. On one hand, for example, the California

program raises the prices of non-ZEVs, as manufacturers adjust vehicle prices to encourage consumers to purchase ZEVs. Assuming full compliance, the ZEV Program determines the quantity of alternative vehicles sold, but the per-vehicle costs are uncertain. On the other hand, with subsidies, the per-vehicle fiscal cost is known , but uncertainty exists about the number of additional alternative vehicles sold. Taxpayers incur the costs of subsidies, whereas vehicle manufacturers and consumers incur the costs of sales mandates. Little is known about the distributional effects of other policies, and this is an important area of future research. 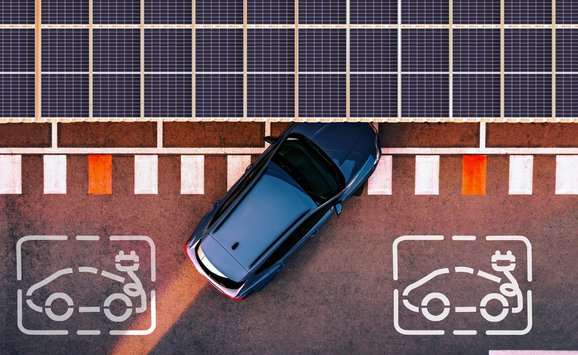