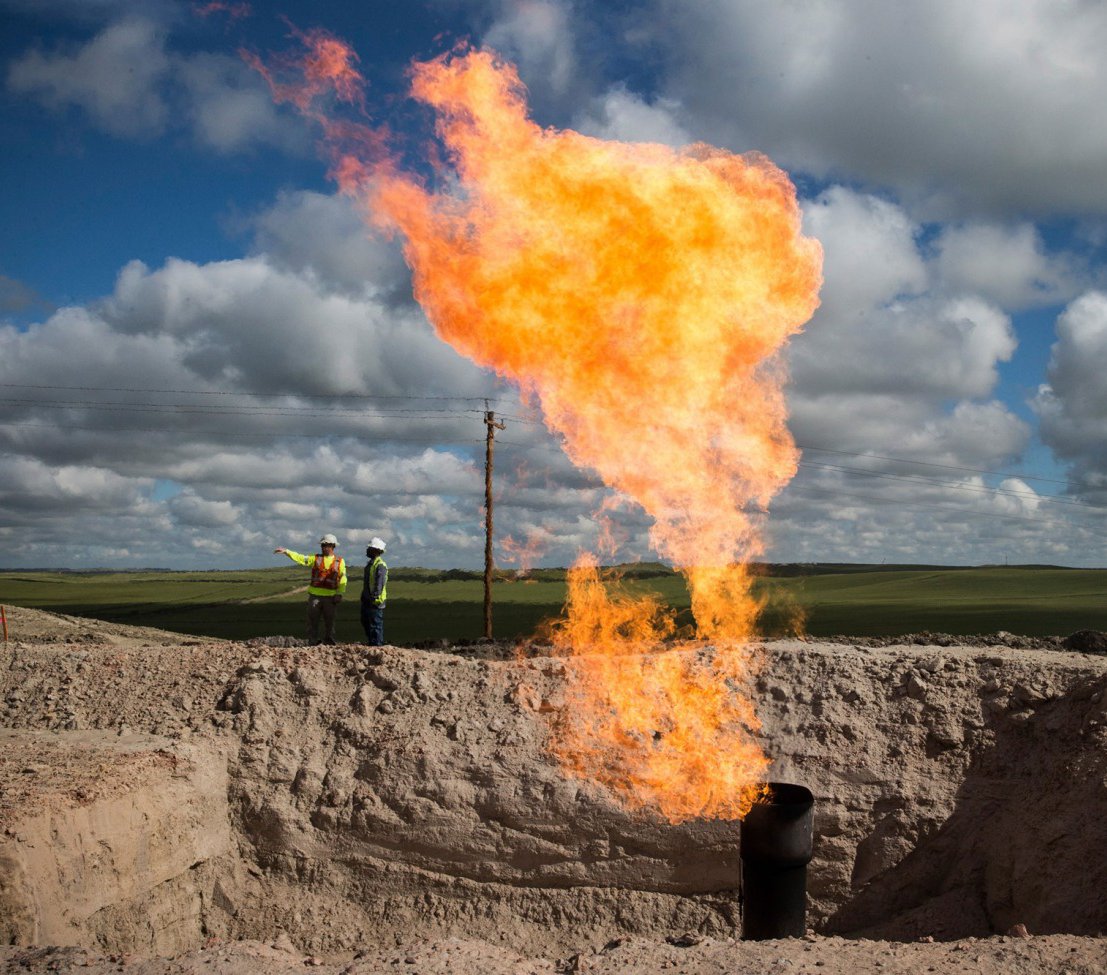 Considering both global and domestic estimates of the social cost of methane paints a more comprehensive picture about the costs and benefits of BLM’s methane waste prevention rule.

In February 2018, the Trump administration renewed its efforts to halt an Obama-era regulation aimed at reducing methane emissions from fossil energy development in the United States. The proposed rule would effectively repeal the Bureau of Land Management’s (BLM’s) 2016 methane waste prevention rule, which targets “waste of natural gas from venting, flaring, and leaks during oil and natural gas production activities” on federal and tribal lands. Analysis by the Obama administration found that implementing the rule would result in substantial net benefits, largely because it would help mitigate climate change by cutting methane emissions. Emissions of carbon dioxide are a more familiar focus of policies to address climate change, but methane is also a potent greenhouse gas—it traps heat in the Earth’s atmosphere with a global warming potential 34 times greater than that of carbon dioxide. Recent analysis by the Trump administration, however, diverges from the earlier conclusion: it reportsthat the costs of enforcing the 2016 rule outweigh the benefits, a finding used to justify the proposed repeal. How can stakeholders, policymakers, and the public sort out the differences between the two conflicting analyses? To help inform the debate and better understand what the impacts on industry and the public might be if the rule is indeed eliminated, we recently examined both analyses and evaluated the costs and benefits again in a new study.

The disparity between the two cost–benefit analyses of BLM’s 2016 methane rule is remarkable because it can be attributed almost entirely to a single change in the calculations: a revised estimate of the social cost of methane. This estimate is used in economic modeling and policy considerations to account for the effects of methane emissions on society from climate change impacts, such as sea-level rise and diminished agricultural productivity. The Trump administration produced and used an “interim” estimate that accounts for the damages from methane emissions only to the United States—replacing a significantly larger estimate that considers global damages and that was used by BLM to analyze the rule under the Obama administration. The new domestic estimate has been highly controversial and is just 4 percent to 14 percent of the global estimate used in the original analysis of the rule. When using the Trump administration’s domestic estimate in cost–benefit analysis, repealing the rule results in large net benefits; when using the global estimate, repealing the rule results in large net costs. The Trump administration argues that repealing the rule will be beneficial for the United States—a case that hinges on the use of this single metric.

Relying solely on the Trump administration’s interim domestic estimate of the social cost of methane does not provide adequate information for decisionmaking purposes because substantial debate exists about the domestic estimate itself and about whether global or only domestic damages should be covered. (This discussion also comes up in the context of the social cost of carbon.) In comments submitted to BLM on the Trump administration’s interim domestic estimate, RFF researchers and other economists argued in favor of using both figures, the administration’s interim domestic estimate and the global estimate, to analyze the potential costs and benefits of the rule. (Note that for the purposes of this article we’re leaving aside the debates about the appropriate size of either estimate as well as which is preferred—these details are outlined in our report, which will be out this month). Using both estimates would provide policymakers and the public with the most complete information available about the potential climate impacts of federal action to address methane emissions from the oil and gas industry.

We heeded this suggestion in our recent work—and find that repealing BLM’s 2016 methane rule would result in net costs of $814 million to $1.2 billion over 10 years, using the global estimate of the social cost of methane and adopting the rest of the new assumptions in BLM’s 2018 analysis. Using the Trump administration’s domestic social cost of methane, our analysis shows that repealing the rule would result in net benefits of $495 million to $860 million over 10 years. It’s worth noting here that the latter estimates are slightly smaller than those produced by the Trump administration’s 2018 analysis. (However, the 2018 analysis does not provide sufficient information to fully understand why these estimates differ despite correcting for the dollar year and discounting method, and we discuss this discrepancy further in our report.)

The Trump administration lists the compliance costs of BLM’s 2016 methane waste prevention rule among its main motivations for overturning it. If BLM, instead, were to use both the domestic and global estimates of the social cost of methane in assessing the benefits of the rule, the cost–benefit analysis would provide more comprehensive guidance. In deciding whether the rule should be repealed, the Trump administration should take into account that its goal of reducing regulatory burdens has the potential to result in large net costs to society. Even if the administration believes that large net costs are unlikely (given its stance on climate change), it should explicitly consider whether its goal—reducing compliance burdens for industry—warrants even the possibility of these large net costs.

In any event, this rule is not the only one aimed at the US oil and gas industry that’s up for renewed debate. The Trump administration has prioritized increasing the production of US oil and natural gas, in part through reducing federal regulatory burdens that the administration says restrict development. We’re working with others at RFF to understand what the impacts on industry and the public might be if some of these regulations are eliminated, modified, or delayed, and will report back with more detailed analysis in the coming weeks.

Stay tuned for the full report on the cost–benefit analyses of BLM’s 2016 methane rule; this article will be updated with a link when it is published. Five other reports in this series—Cost–Benefit Analyses of Eliminating or Modifying US Oil and Gas Regulations—examining different rules as well as a cross-cutting analysis of all the results will also be made available as they are published.