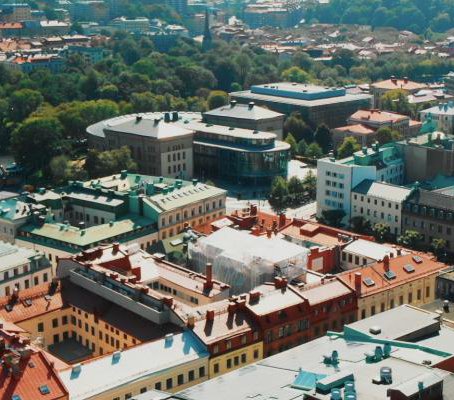 To improve environmental policymaking in developing countries, Resources for the Future (RFF) is working with the Environmental Economics Unit at the University of Gothenburg in Sweden to establish and support national centers for environmental economic analysis in China, Costa Rica, Ethiopia, Kenya, South Africa, and Tanzania.

RFF’s involvement in the program is now at the one-year mark. Resources caught up with Senior Fellow Allen Blackman, who is currently in residence at the EfD center in Costa Rica and is RFF’s point person for the program, and EfD Program Director Gunnar Köhlin, an associate professor at the University of Gothenburg, to get their perspective on its relevance and goals for the future.

Resources: Why is the program so important, especially now?

Blackman: Many of the world’s worst environmental problems are now found in developing countries. But policymakers lack the most fundamental tool they need to take action: reliable, objective information, both about the problems and about potential solutions. The EfD program is helping to fill this gap—the centers emphasize rigorous, policy-oriented research. They are becoming the type of institutions that play a critical role in environmental policy, which have long been present in industrialized countries but are extremely rare in developing countries. For example, the EfD Center for Central America is the first institution of its kind in Costa Rica.

Köhlin: The tools of environmental economics are more important than ever in poor countries with increasing populations and mounting pressures on their resources, not least on land—now with increasing demand for biofuels, food, and climate mitigation. Since the Paris Declaration in 2005 (an international agreement among donor nations to continue to increase efforts in harmonization, alignment, and management of aid for results with a set of monitorable actions and indicators) there are also much greater expectations that developing countries themselves should undertake analysis and develop their longterm strategies. The EfD program supports exactly such strategic domestic capacity by linking up the best domestic environmental economists with international researchers, such as RFF fellows, and putting them to work on the most pertinent policy issues.

Who is paying attention? What kind of feedback have you received, and from whom?

Blackman: Building a reputation requires establishing a track record and that will take time. But after only one year, the EfD Center for Central America has begun to attract attention in both Central America and overseas. Over the past year, we have been asked by colleagues at the University of California, Berkeley, to co-host an international conference on biofuels; by the InterAmerican Development Bank to analyze quality of life in Central American cities; by an international environmental NGO to evaluate forest concessions in Guatemala; and by the Costa Rican government to provide advice on setting admission fees for national parks and electricity prices for hydropower plants.

Köhlin: The response is actually quite daunting, with a lot of interest shown by domestic organizations, among researchers both in the countries where we work, and in developed countries and international organizations. Many government ministries and agencies are very interested in research coming out of the EfD centers. Although they are vested with a lot of policy responsibilities, ministries have a very hard time recruiting PhDs to do the underlying analytical work. The centers are also acknowledged and appreciated for creating domestic platforms where lawmakers and stakeholders can draw policy implications from ongoing research. Our goal is for each center to pursue a longterm relationship with at least one sector agency.

There is also interest from other directions. With EfD, we have created a research infrastructure where our international collaborators can enjoy our centers’ facilities, data collection skills, and local knowledge for joint publications. Needless to say, many researchers are interested in benefiting from this infrastructure.

Finally, international organizations see the EfD centers as a valuable source both to gain important local research insight and channel international findings to the domestic level. For example, the United Nations’ Secretariat for the Commission on Sustainable Development at the un Department for Economic and Social Affairs (UNDESA) wants to use the EfD program both to bring experts to the Commission’s attention and to disseminate its findings. Currently, EfD fellows are involved in preparing two “innovation briefs” for UNDESA on sustainable agriculture and sustainable funding of national parks.

At the one-year mark, what has surprised you the most?

Blackman: In the United States, dozens of universities and research centers are hard at work on important environmental issues. In Costa Rica, by contrast, I’ve been struck by the range of important, and sometimes even urgent, environmental topics that are more-or-less untouched. For example, anyone who has spent any time in San José, Costa Rica’s capital and largest city, will quickly tell you that congestion, air pollution, and accidents related to cars, trucks, and buses are all out of control. Yet there has been almost no research on the benefits and costs of various transportation policies, including policies that have already been put in place, like driving day restrictions.

Köhlin: Because capacity building and institutional development are very slow-moving, longterm activities, I’ve been amazed by how much the EfD centers have accomplished already. Each center keeps log books of its policy interaction and these lists are already impressive. The EfD discussion paper series, facilitated by RFF, already features 30 papers and many more are in the pipeline. EfD researchers are also publishing articles in leading journals as well as convening workshops and conferences to support and further their work.

How would you characterize the various centers?

Köhlin: All of the centers are chosen based on their potential to create a good research environment, establish strong links to policy processes, and their involvement in a graduate-level program in environmental economics. The hosts for the centers have also been chosen because they are the leading academic institutions of each country. Still, the centers differ in their profiles. Three of the centers are hosted by large universities (Peking University, the University of Cape Town, and the University of Dar es Salaam), while two are hosted by government think tanks (in Ethiopia and Kenya), and the center in Costa Rica is hosted by CATIE—a regional agricultural research organization. The centers have also developed different specializations—for example, forest-sector reform in China, sustainable land management in Ethiopia, and park management in Central America.

Blackman: I think that the key challenge in the short term is to build a solid foundation for the research centers by hiring well-trained, highly motivated staff, putting in place a clear and efficient management structure, choosing important topics for a first round of research, and doing a good job of completing these projects and disseminating the results. In the medium term, I think the centers can focus on broadening their networks and diversifying their funding.

Köhlin: At the moment, we are trying to chisel out and refine the defining characteristics of the EfD initiative. To have real impact, I believe that each center as well as the whole program would benefit from greater specialization—themes that can take advantage of the multi-center, long-term characteristics of the program. The post-doctoral positions for returning PhDs and the opportunities for international researchers to visit the centers have been very successful, and so we are working to expand these capacities.

While the academic value of this work is clear, what are the policy implications?

Blackman: Academic economists are by no means EfD-Central America’s only target audience. Most of our research is motivated by questions of immediate interest to policymakers, such as: How can well-known payments for ecosystem services and national parks programs in Costa Rica and Mexico be made more effective and efficient? Will fuel taxes in Central America impose an unfair burden on poor households? What are the barriers to and opportunities for adaptation to climate change in the agricultural sector? And what role can voluntary regulation play in helping to improve environmental performance?

Köhlin: We are now starting to collect “sunshine stories,” by which we can see that our research has come full circle in the policy process. The Chinese center is, for example, the key academic institution analyzing the current forest tenure reform and both the Chinese State Forestry Administration and the World Bank pay close attention to the center’s findings. Similarly, the Ethiopian center has played an important role in the evolution of a sector program for sustainable land management within the country. It is important to realize that our role as researchers is only to provide the relevant information to the right people at the right time—not to make the policy. For this to happen, however, long-term investment and domestic involvement in policy-relevant research are necessary, which is the aim of the EfD centers.

A version of this article appeared in print in the Summer 2008 issue of Resources magazine.

The Greening of Development Economics: A Survey