Nearly 1.24 million people die in traffic accidents every year around the world. Shifting weather patterns due to climate change, such as warmer temperatures, more rain, and less snow, will exacerbate road safety issues. For example, snowfall and rainfall are widely known to reduce visibility and make braking more difficult, and temperatures may influence the mode, frequency, and types of trips that individuals take. Yet few studies have attempted to document the impact shifting weather patterns will have on traffic accidents, even though the potential costs to society are massive: in 2006, they were the leading cause of death in people between the ages of 4 and 35 in the United States.

To help better estimate the costs of climate change and support the development of appropriate adaptation strategies, we quantified changes in US traffic fatalities, injuries, and property damage that are likely to occur from climate change. We used detailed data from 46.5 million police-reported accidents, daily travel logs of 207,455 households, and weather from 2,607 stations in the United States, covering the years 1990 to 2010. Not surprisingly, we found that drivers are at an elevated risk of an accident when the weather is below freezing and when rainfall or snowfall occurs. However, we also found that fatalities increase significantly when temperatures are warmer. Applying our findings to a “middle-of-the-road” future warming scenario, we estimate that the cost of additional accidents from 2010 to 2099 in the United States will be $58 billion. This amount is significant: for comparison, it is on the same order of magnitude as expected changes to agricultural profits under climate change predictions.

First, we quantified the effect of weather on three types of traffic accidents: those involving property damage only, an injury, or a fatality. Accidents involving just property damage increase by nearly 10 percent on the coldest days relative to a day above 50°F, by nearly 20 percent on a day with more than 3 centimeters (cm) of rain compared to a day with no rainfall, and by 43 percent on a day with more than 3 cm of snowfall compared to a day with none. A similar pattern follows for accidents with an injury but on a smaller magnitude.

The pattern for fatalities looks a bit different. Whereas warm weather has little to no effect on the number of injuries or accidents with property damage only, fatality rates increase by about 9 percent on a day with temperatures above 80°F compared with a day at 50–60°F. Half of this effect is due to exposure to the elements: as temperatures increase, people spend more time outdoors or may use forms of transportation that are exposed, such as walking, biking, or motorcycling, placing them at higher risk of death in the event of a traffic accident. To date, no other study has examined this interaction in depth.

Compared with a day without precipitation, a day with 1.5–3 cm of snowfall will increase fatalities by 15 percent. However, 1.5–3 cm of rainfall will reduce fatalities by about 8 percent, suggesting that drivers avoid trips or drive cautiously enough to reduce overall fatality risks on rainy days.

These results present a mixed picture of the effect of climate change on traffic accidents. Warmer temperatures will result in fewer accidents involving property damage and injury—but more fatalities. Meanwhile, an increase in rainfall will reduce fatalities but may increase accidents overall.

“The impact of climate change on traffic fatalities is largely due to people being drawn outdoors and using forms of transportation that will not protect them in a crash.”

To better understand how these opposing effects could play out over the course of this century, we applied our estimations to a middle-of-the-road future weather scenario developed by the UK Hadley Centre for Climate Change Prediction Research (known as Hadley 3 A1B), which represents balanced growth in fossil and non-fossil energy sources and results in a 4°C rise in global temperature by 2099.

Under this scenario, temperature increases would cause 849 additional deaths—mostly among pedestrians, bicyclists, and motorcyclists—and the shift from snow to rain would save 246 lives annually through 2099 in the United States. From 2010 to 2099, the cost of these additional 603 annual deaths is $61.7 billion.

The effect on injuries is an additional 1,688 annually, costing $2.4 billion over the period 2010 to 2099, while warmer weather due to climate change would reduce accidents involving property damage by 51,775, lowering net costs by nearly $6 billion. From these estimates, we calculate the total discounted accident costs to be $58 billion from 2010 to 2099.

One advantage of our model of fatalities is that it allows us to examine the capacity for adaptation. In particular, we looked for evidence that technological change or adaptation to the local climate has weakened the relationship between weather and traffic fatalities over time.

We have data for many safety innovations, including dual front airbags and antilock brakes. To the extent that these technologies would reduce the effects of weather on fatalities, we might see evidence of a reduced gradient from 2000 to 2009 compared with 1990 to 1999. However, no such reduction has occurred for temperature; if anything, the relationship between temperature and fatalities has grown stronger. This could be a consequence of the so-called Peltzman effect, which asserts that people drive less safely when their cars are equipped with better safety technology.

For rainfall, there may be some support that these technologies have improved safety, although most changes are not statistically different between the two time periods, and the same improvement cannot be found for snowfall.

What about the possibility that drivers or cities may adapt to local conditions? Drivers in warmer locations may know how to avoid heat or be more attentive to features such as air conditioning in vehicles. Cities might adapt through policing, bike lanes, or insurance rates that mitigate these risks. Alternatively, residents in locations with frequent hot weather may not avoid hot days if they suspect the following day is unlikely to see improved conditions, and a warm climate may facilitate choosing a bike or motorcycle over a car.

Together these results suggest that adaptation would need to take the form of either migration or dramatically new technology, such as driverless cars, which some hope will remove human error.

Another option is policy intervention. Although 603 additional deaths annually by the end of the century would be costly, those traffic fatalities represent a relatively small fraction of all accidents. As an example, in 2008, the number of fatalities was 34,172, while one year later that number was 30,862, due to reduced driving because of the recession. Thus, policies aimed at traffic reduction are capable of offsetting these losses. For example, a gasoline tax of roughly $0.27 per gallon would cut miles sufficiently to reduce fatalities.

One broader implication of this research is that exposure is an important mechanism for understanding the impact of climate change on traffic fatalities. Our estimates of these effects are largely due to people being drawn outdoors and using forms of transportation that will not protect them in a crash.

Importantly, exposure will vary across countries. The United States—with highly developed infrastructure, limited access highways, and urban areas designed to channel high-speed traffic away from residential areas—provides significant separation between vehicles and pedestrians, bicycles, and motorcycles. By contrast, developing nations, and even some middle-income countries, have larger fatality rates per capita, many due to vehicles colliding with pedestrians.

That is not to say that reliance on walking, biking, and motorcycling implicitly means large fatality rates. Other developed English-speaking and western European nations have per capita fatality rates that are often less than half that of the United States. Some countries with extraordinarily low fatality rates, such as Sweden, have pursued a variety of legislative and urban design changes, such as replacing intersections with roundabouts to slow vehicles where they are likely to encounter pedestrians. Relatively simple changes like these may prove to be effective, although unglamorous, adaption strategies to climate change.

Benjamin Leard is a fellow at RFF.

Kevin Roth is an assistant professor at the University of California, Irvine. 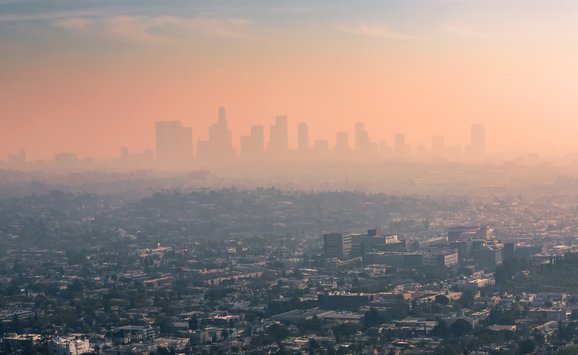 Voluntary Exposure Benefits and the Costs of Climate Change 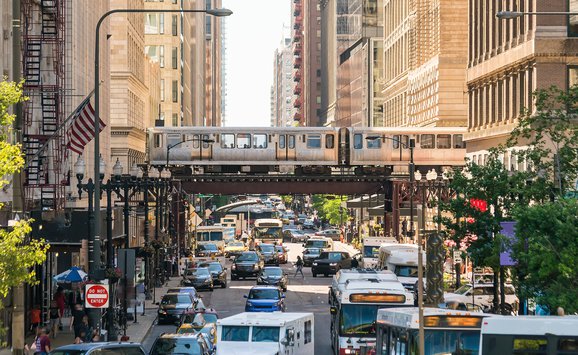