How People Value What Nature Provides 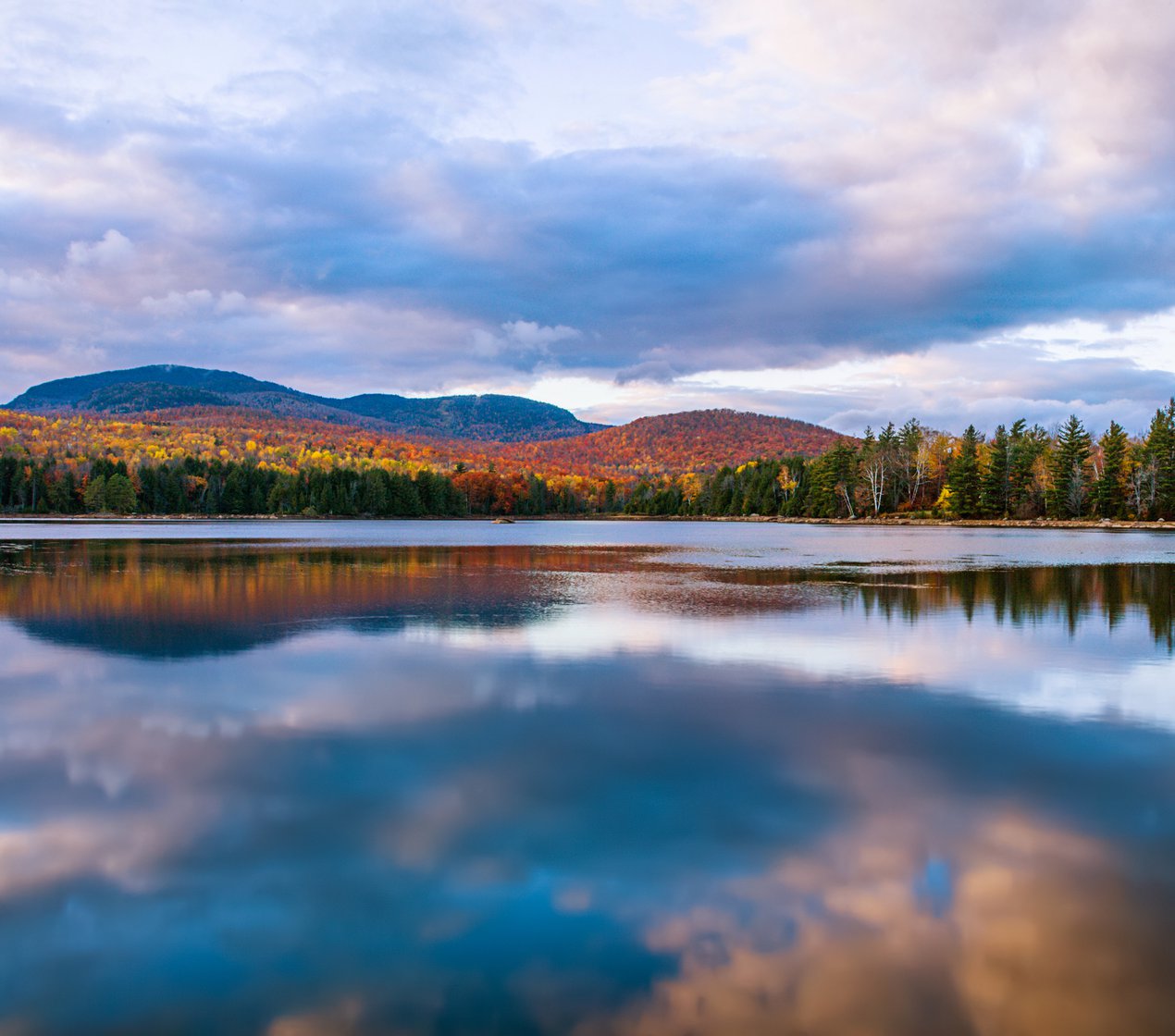 Economists use people’s actions and choices to value their preferences for experiencing nature through activities like hiking, camping, fishing, hunting, or viewing wildlife. This information helps set priorities for managing and protecting nature and also allows people to determine losses to valuable environmental resources when they are somehow damaged, for example, by the loss of habitat or major chemical spills. Personal preferences for nature in some settings, however, are based on more than their worth in use. For example, though few people have seen bald eagles or manatees up close, many want to make sure that their habitats are preserved. Such non-use values are challenging to measure because they are not captured in market transactions or other observable choices. One way to reveal these values is to examine people’s decisions to join or financially support environmental organizations. Unfortunately, these observations do not fully reflect values for public goods—benefits that are available for everyone’s enjoyment once somehow provided—because, for one thing, they are based on the opinions of a small subset of the population.

This problem has given rise to the development of a variety of nonmarket valuation methods that use surveys to elicit preferences for public goods. Because these methods are generally based on eliciting “stated” rather than “revealed” preferences, they are broadly categorized as stated preference methods. The contingent valuation method is perhaps the most common one. Contingent valuation involves developing and administering surveys, in which respondents are presented with a scenario or a program with specified environmental outcomes and cost to the respondent. Each respondent is asked to indicate approval or disapproval of the proposed environmental scenario and its monetary cost. Researchers vary the proposed costs across different survey respondents and use their choices to estimate how much people on average are willing to pay for different scenarios to improve the environment. Because some of the respondents may use a public good also for direct enjoyment, say viewing an endangered bird, the surveys capture total value for the improvements, rather than just their non-use value.

Another leading stated preference method is the choice experiment, also known as conjoint analysis, a term borrowed from marketing research. Here, survey respondents identify their preferences among one or more programs or alternative management strategies specifically altering different attributes of the program, such as the different environmental outcomes and monetary cost. By varying the levels of these attributes (including cost) across different scenarios and examining respondents’ choices, it is possible to estimate how much people are willing to pay for the different attributes of the program, as well as the entire program.

Valuing the Ecological Effects of Acidification in the Adirondacks: A Case Study in Contingent Valuation

RFF scholars recently carried out a contingent valuation survey to estimate New York State residents’ willingness to pay (WTP) for improving the Adirondacks aquatic ecosystem, which has been compromised by acid rain. For 20 years, a central issue in the debate about clean air regulation has been acid rain, and one focus of that issue has been Adirondack Park. During most of this debate, monetary value estimates, which our research now provides, have been unavailable for assessing the ecological changes likely to occur as a result of reduced air pollution.

The survey was administered by mail and web to a random sample of individuals in New York State. Based on extensive focus group testing, the survey first describes the area through a series of maps and text, then explains the problem as 1,500 “lakes of concern” out of 3,000 lakes in total that have compromised aquatic life caused by acid deposition. Next, using graphics and text, the survey introduces a prospective program to reduce the effects from acidification in the Adirondacks. Figures below illustrate how we graphically described this program to respondents. Figure 1 specifies that the program would improve the quality of 20 percent of the lakes of concern. Figure 2 demonstrates a hypothetical liming program to mitigate the effects of acidification.

The question used to elicit WTP in the survey is posed on a screen shown in Figure 3. Then a series of debriefing questions is posed to test whether individuals understand and believe the information in the survey. Finally, the survey explains that the program considered is a hypothetical one and was constructed for the purposes of eliciting New Yorkers’ preferences for reducing ecological effects from acidification in Adirondacks.

Figures in the survey embody numerous choices by the researchers. Figure 1 covers current and future baseline conditions (where the future baseline is unchanged), as well as future conditions under the improvement scenario. We needed to be explicit about the future conditions without the scenario; in the absence of our description, individuals would have substituted a worsening situation that is inconsistent with the science. These pie charts were the most successful way we found to communicate these changes.

Figure 2 also resulted from much iteration. In reality, the program depicted may not be the most practical one. But we succeeded in making this program appear believable and realistic and, by using airplanes, very costly without raising suspicions. (Using a wide range of cost estimates across different respondents is needed to properly estimate WTP.) A curious finding was that the lime pellets being dropped from the plane had to be of a small size; otherwise some respondents became concerned they would damage wildlife from their impact!

Finally, Figure 3 shows a number of key elements of the voting question. First, it evokes a budget constraint to be consistent with how individuals would make costly decisions in the field. Second, it contains a “cheap talk” script alerting people that in surveys, people may not vote as they really would and urging them to take this task seriously. Third, the voting format presented is consistent with referenda New Yorkers have faced in the past.

Overall, we found that New Yorkers—users and nonusers alike—place significant value on rectifying damages from acid rain in the park. Depending on the improvement scenario in our survey, they would be willing to pay from $48 to $159 per household each year. With 7 million households in the state, this amounts to benefits of $336 million to $1.1 billion annually. The values of non-users are a large percentage of these totals.

These estimates have already made it into the policy process: they were included in a case study of the value of ecosystem improvements in U.S. Environmental Protection Agency’s current efforts to estimate the costs and benefits of various initiatives to improve air quality. In addition, they are relevant to considering proposals to further reduce acid deposition and to estimate the ancillary benefits of reducing greenhouse gas emissions, because the pollutants that cause acid deposition—sulfur dioxide and nitrogen oxides—are likely to be affected by such efforts. Building on this earlier work, we are currently designing other related valuation surveys for the Adirondacks and Southern Appalachian Mountain Region.

Different valuation problems call for different valuation methods. Contingent valuation is particularly well suited for estimating survey respondents’ willingness to pay (WTP) for specified policy programs to improve ecosystem services, such as predetermined regulations to improve water or air quality in a certain area. Choice experiments focus on examining preference trade-offs and substitution patterns between different attributes of proposed programs rather than predicting WTP for a specific program. They are especially useful for helping design programs to best meet the public’s preferences. Also, values for ecosystem services at a new location are sometimes predicted using valuation results from another area. Results from choice experiments are especially useful for such predictions.

Because stated preference methods are based on what people say and not on what they do, there is a tendency to discount the credibility of these results. To address this flaw, the NOAA Expert Panel that reviewed the highly publicized studies valuing damages from the Exxon Valdez oil spill recommended that a series of validity tests be built into stated preference surveys. The hardest to pass is the external scope test, which involves showing that the WTP measure from one sample for a program (or change in attribute) is statistically greater than the WTP from another sample for a program with smaller improvements. These tests are now considered important quality criteria for stated preference studies.

Another challenge is in communicating the key information needed to make a decision. In real life, as captured by revealed preference approaches, individuals collect the amount and type of information they feel they need to make a decision, so the analyst doesn’t need to be involved. This challenge to survey design is also an advantage, as information in the real world is messy and often incomplete or even erroneous. With stated preference methods, it is possible to ensure that the results are clearly presented and consistent with the underlying science.

Although the concept of economic value is different from ethical value, the two are not necessarily unrelated. For example, we may be able to predict WTP for different ethically important aspects of the environment—for example, the protection of biodiversity by preventing imperiled species from going extinct. The objective of such an exercise is not to equate dollar and ethical values but to provide commensurate reference points for highlighting different trade-offs involved. While this practice can be controversial, especially when dealing with emotionally powerful issues, many important as well as everyday policy issues center on more practical considerations, such as how to manage publicly owned ecosystems so that they provide their owners (the public) with the most value. Despite all its challenges, the ability to place an economic value on ecosystem services is central to formulating sound environmental policy. 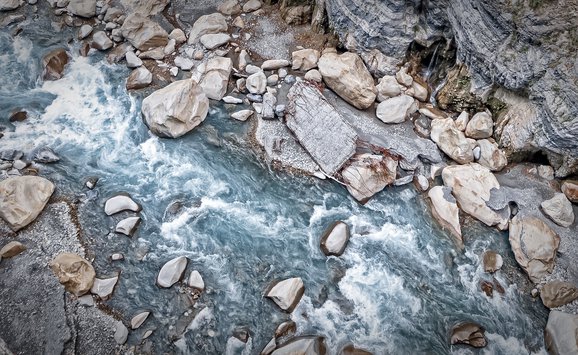 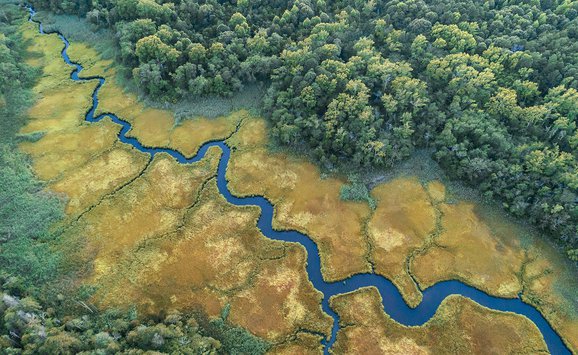 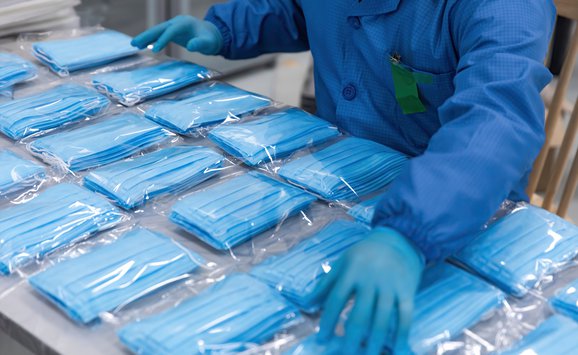