RFF is pleased to announce the following fellowship recipients to conduct environmental and energy research during the 2016–2017 academic year.

Joshua Blonz, a PhD candidate in agricultural and resource economics at the University of California, Berkeley, is studying the effects of time-varying electricity pricing and of energy efficiency upgrades for low-income households.

T. Robert Fetter, a PhD candidate in environmental policy at Duke University, is conducting research on information disclosure and the fracking industry.

Catherine Hausman, an assistant professor at the University of Michigan, is using the stipend to support her research (in collaboration with RFF Visiting Fellow Lucija Muehlenbachs of the University of Calgary) on how rate-of-return regulation of natural gas local distribution companies affects gas leaks and spending to abate those leaks.

Zichao Yu, a PhD student in public policy and political science at Indiana University, worked with RFF Fellow Zhongmin Wang and others at RFF researching electricity sector reform in China. 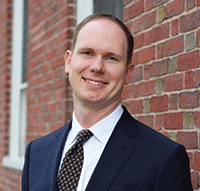 Daniel M. Sullivan joined RFF in summer 2016 as its newest fellow. His research includes environmental, labor, health, and urban economics. In his own words, he describes his past, present, and future research interests:

“My interest in environmental economics started with an assignment in graduate school to replicate a published study on a cap-and-trade program. As I spent more time with the subject, I found more and more unique and important questions related to air pollution. That line of questions has brought me all the way to my current research.

My dissertation shows that current impact evaluations of air pollution may significantly understate the costs of pollution. This is because pollution levels spike around sources (power plants, for example) and are skewed by meteorological forces, especially the wind. This causes statistical problems when local pollution exposure is measured with metrics like ‘distance from a pollution source’ and average pollution monitor readings, metrics which are nearly universal in economics research. I show that more accurate measures of exposure based on the work of atmospheric chemists can lead to much larger estimated impacts. Specifically, I find that housing prices are almost 20 times more sensitive to air pollution than past research has found, implying that we may be dramatically underestimating how much society values clean air.

In the near future, my main research agenda is to further apply my new methods of evaluating the impact of air pollution. Specifically, I am looking at the effects of air pollution on local migration and gentrification, infant health, school attendance, and long-term academic performance.”

RFF Board Member Robert N. Stavins of Harvard University received the 2016 Edmund G. “Pat” Brown Award, given by the California Council for Environmental and Economic Balance for his work on environmental policy research.

RFF Fellow Yusuke Kuwayama has agreed to serve on the Expert Council for the Environmental Stress Testing Project, launched by the Finance Initiative of the United Nations Environment Programme, the Global Canopy Programme, and the German International Cooperation, commissioned by the German Federal Ministry for Economic Cooperation and Development.

Karen L. Palmer, RFF research director and senior fellow, has accepted an invitation to serve on the American Economic Association Committee on Government Relations. This committee is charged with representing the interests of the economics profession in Washington, DC, and other locations around the country without taking a position on questions of economic policy or on any partisan matter.

The Harvard Environmental Economics Program awarded RFF’s newest fellow, Daniel M. Sullivan, the Enel Endowment Prize for the Best Paper by a Doctoral Student for his paper “The True Cost of Air Pollution: Evidence from House Prices and Migration.”

RFF University Fellow Jesse Ausubel has been selected to become one of the judges for the 100&Change competition, a MacArthur Foundation–sponsored grant competition to fund a single proposal that will make measurable progress toward solving a significant problem.

RFF Senior Fellow Richard Morgenstern has been awarded the Fulbright Chair at the University of Ottawa, where he will spend four months during 2016–2017.

RFF Senior Fellow Allen Blackman accepted an invitation to become co-director (with Randy Bluffstone) of the Environment for Development Initiative Forest Collaborative, a network of researchers working on forest economics and policy.

Economic Tools to Promote Transparency and Comparability in the Paris AgreementM

The Paris agreement culminates a six-year transition toward an international climate policy architecture based on parties submitting national pledges every five years. An important policy task will be to assess and compare these contributions. The authors use four integrated assessment models to produce metrics of pledges under the Paris agreement and show differentiated effort across countries: wealthier countries pledge to undertake greater emissions reductions with higher costs.

The pledges fall in the lower end of the distributions of the social cost of carbon and the cost-minimizing path to limiting warming to 2ºC, suggesting insufficient global ambition in light of leaders’ climate goals. Countries’ marginal abatement costs vary by two orders of magnitude, illustrating that large efficiency gains are available through joint mitigation efforts and/or carbon price coordination. Marginal costs rise almost proportionally with income, but full policy costs reveal more complex regional patterns due to terms of trade effects.

US policy to limit greenhouse gas emissions is driven, in part, by the US Environ-mental Protection Agency’s proposed Clean Power Plan, which seeks a drop in carbon dioxide (CO2) emissions from fossil-fueled power plants—a “downstream” approach to regulation. An alternative, or possibly complementary, approach is to consider the legal and economic feasibility of imposing an “upstream” CO2 charge on coal production at its extraction site, and specifically on leased coal from federal lands managed by the Bureau of Land Management (BLM).

This article argues that BLM has the statutory and regulatory authority to impose such a charge, that it would be best to add it to the royalty rate, but that a large fee that dramatically reduced revenues could invite judicial concern. The economic case is weaker than the legal case because coal production on nonfederal lands would not be subject to the charge and so could ramp up in response to the new policy. Best would be a comprehensive set of charges on royalties for all fossil fuels, irrespective of ownership.

Reducing CO2 emissions from power plants can have important “co-benefits” for public health by reducing emissions of air pollutants. The authors examine the costs and health co-benefits, in monetary terms, for a policy that resembles the US Environmental Protection Agency’s Clean Power Plan. They then examine the spatial distribution of the co-benefits and costs, and the implications of a range of cost assumptions in the implementation year of 2020. Nationwide, the total health co-benefits were US$29 billion (2010$), and net co-benefits under the central cost case were $12 billion. Net co-benefits for this case in the implementation year were positive in 10 of the 14 regions studied. The results suggest that all but one region should experience positive net benefits within five years after implementation.

Optimal Management of Environmental Externalities with Time Lags and Uncertainty

Yusuke Kuwayama and Nicholas Brozović | Environmental and Resource Economics | May 2016

Many environmental externalities occur with time lags that can range from a few days to several centuries in length, and many of these externalities are also subject to uncertainty. In this article, the authors examine the key features of an optimal policy to manage environmental externalities that are both lagged and stochastic. They develop a two-period, two-polluter model and obtain closed-form solutions for optimal emissions levels under different combinations of damage functions and stochastic processes.

These solutions show that it is not obvious whether greater control should be exerted on polluters that generate externalities with longer lags or on polluters that generate externalities with shorter lags. The optimal ranking of polluters with respect to the length of the time lag associated with their externality will depend on the discount rate, conditional expectations of future states of the polluted resource, persistence of the pollutant, and initial conditions.