Is the Future Now? Autonomous Vehicle Technology and Consumer Demand 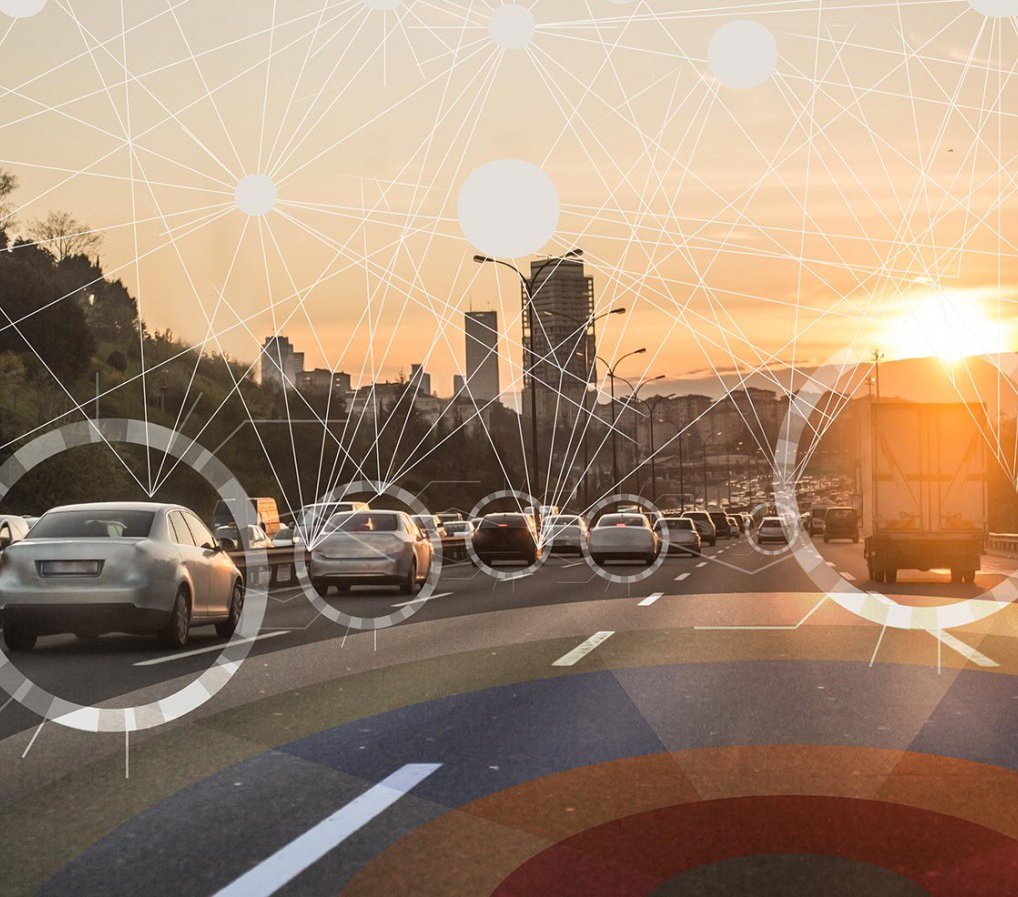 How much are people willing to pay for self-driving cars? RFF’s Benjamin Leard discusses his work on consumer demand for autonomous vehicles and the potential implications for society of wider adoption of these new technologies.

RESOURCES:  When we think about science fiction from yesteryear, it predicted flying cars and all kinds of things—but people were still actually driving. George Jetson was still driving his car to work.

But we’re now on the verge of self-driving cars in today’s reality. For that to happen, the technology needs to be in place, and we’re starting to see that. There’s also the matter of making sure that the market for this technology exists—that is, can manufacturers produce it at a price that consumers are willing to pay? Where are we in terms of how much this technology actually costs in a practical sense? And how does that match up with what people may be willing to fork over for it?

BENJAMIN LEARD:  The research on this is pretty early in terms of what we know about what consumers are willing to pay and the overall demand for this type of technology. It’s new, so it’s hard to tell how well the market will actually absorb consumer demand or how it may be saturated by it. Helping to answer these questions motivated the work that my colleagues and I published in March, looking at how much consumers are willing to pay for not just overall automation, but different levels of automation.

It’s hard to tell how the market will absorb or be saturated by consumer demand for self-driving cars.

What we see in the market right now is what’s known as initial levels of automation, including lane assist. For example, Tesla has a package that you can download and it keeps your vehicle within your driving lane. That’s classified as Level 1 or Level 2 automation, based on a 0–5 scale defined by the Society of Automotive Engineers.

Level 5 is the highest. That’s full automation—the car is driving itself. You can just sit back and relax and there’s no issue. Drivers don’t have to pay any attention at Level 5. But we’re not really there yet in terms of the technology being available to consumers—although it is there in concept.

And then there’s Google’s self-driving car project, Waymo, which began in 2009 and started public trials this year. Other companies are jumping in. Uber has a fleet of vehicles in testing. But there’s nothing available for purchase yet.

Our study looked at how much consumers are willing to pay for the technology that is currently available as well as fully autonomous vehicle technology that is not yet on the market. Because we don’t have any real-world price or quantity data to work with, we did an experiment online with about a thousand respondents. We were able to elicit how much the respondents were willing to pay for the two different levels of automation we classified: semiautonomous, which is similar to what is available today, and fully autonomous, which is not yet available to consumers—although we expect it to be available pretty soon, perhaps in the next 5–10 years.

We found that consumers were willing to pay about $3,500 for partial automation. For full automation, they were willing to pay about $5,000. To see if these values are plausible, we looked at the actual prices for semiautonomous features currently available in the market. To download Tesla’s autopilot package (which, again, has features such as lane assist, among others), consumers pay around $3,000. So our results are pretty close to what people are actually willing to pay based on this experimental setting.

RESOURCES:  So your findings trued up with what we’re actually seeing in the marketplace. Do we have an estimate of what a fully autonomous vehicle would cost? The vehicle that drives you to work while you read the Sunday paper?

Right now, to install bare-bones, fully autonomous technology, it would cost about $10,000 per vehicle.

RESOURCES:  So you would see market penetration in the same way you would see it with, say, Ferrari or Mercedes or other high-end vehicles—there are people out there who have the means and the interest to pay for autonomous vehicles.

LEARD:  Yes—not everyone will be able or willing to pay for it, but some consumers will have both the ability and the overall desire to purchase fully autonomous vehicle technology immediately.

RESOURCES:  It seems like this technology might experience something of a rapid decline in price—or at least the potential for a rapid decline—as breakthroughs are made. Just like in computers and information technology, technological advances seem to be able to drive down prices fairly quickly. Is that correct?

LEARD:   Yes, that is the expectation—that eventually the price will come down substantially to be affordable for everyone to buy these types of vehicles. But it’s hard to say exactly when that would happen. There’s always a big question of prediction in when exactly new technology will become widely affordable.

RESOURCES:  There are a number of environmental impacts to consider as we think about the future, such as how autonomous vehicles may affect congestion. We could imagine commuting to work and not having to pay for parking because we simply send our cars home. And that raises the question—might autonomous vehicles increase overall vehicle miles traveled? Could they increase pollution?

LEARD:   These are really important questions—not only for policymakers, but for people in general. People care about congestion and about pollution. And if you have this new technology that can impact those aspects of life, people want to know what they can expect. If autonomous vehicle technology results in big increases or decreases in congestion and pollution, society will need to consider how to regulate that technology.

If you have fully autonomous vehicles, how will that affect overall miles traveled?

Forecasts and expectations are tricky to assess, because we have to consider competing forces. If you have fully autonomous vehicles, how will that affect overall miles traveled? That’s a big question. And it’s really difficult to say, because it all depends on how consumers will respond to the technology.

If you can pay attention to reading a book or the newspaper—because the car is going to drive for you—will the reduced cognitive cost of driving encourage you to use your car more? It might. But there are several factors to consider to address that question. Some people actually like driving. Those consumers might not adopt the technology.

The question of how autonomous vehicle technology may impact congestion is very complicated—and the question of environmental impacts is even more complex. Overall pollution from a vehicle depends on several factors, not just total miles traveled.

The answer also depends on the fuel economy of these vehicles. So even if we see an increase in miles traveled, the vehicles themselves could actually become much more fuel-efficient. If you have a computer operating a vehicle, it can optimize acceleration, for example. And in the long term, manufacturers of autonomous vehicles could change the overall weight of the vehicles. These factors, among others, may have significant impacts on fuel economy.

So you can think of a future—albeit one that is relatively far off—where every vehicle is fully autonomous and they can communicate with each other. Collective traffic fatalities could potentially fall.

If computers control the whole vehicle fleet, that eliminates the human element from the equation. This is another potential social benefit of this technology. If we were to actually see that happen, we wouldn’t need to make cars as safe as they currently are—in a sense. In other words, if accidents were significantly less likely to occur because of human error, consumers may not choose to purchase sport utility vehicles for everyday driving—and we may not need vehicles made of steel and plastic to protect passengers. Manufacturers really could reduce the weight of vehicles—and that could translate to significant fuel cost savings.

RESOURCES:  Autonomous vehicles could also help mitigate drunk driving and the fatalities associated with that, or the fatalities associated with texting while driving. There’s potential for tremendous social benefits from this. And broadly speaking, what are the potential impacts on the US economy? Many jobs are dependent on driving—taxis and other similar services, and freight delivery, to name just two sectors. Autonomous vehicles could have a fairly significant social impact in that regard. Are there incentives for companies to adopt this technology, because they could trade off the costs of doing so with labor costs?

LEARD:  The short answer is yes. One of the big reasons that Uber is really pursuing this technology for its fleet, for example, is to reduce costs. The number one cost for Uber is the driver—paying the people that actually operate the vehicles.

If we do see an increase in automation and if Uber was allowed and capable of using vehicles that are fully autonomous, the company would have less of a need for drivers. Those workers would have to find employment elsewhere, and we would see a reallocation of labor. These types of overall labor impacts are very difficult to forecast, but we would expect to see a reallocation across different sectors, from transportation—freight and taxi-type services—to other sectors. That’s very possible.

We’re really just at the precipice of this big change. At this point, the question of when we start to see autonomous vehicles in the market depends on how soon manufacturers are able to get the technology up and running in a way that firms are comfortable with and that people can afford. 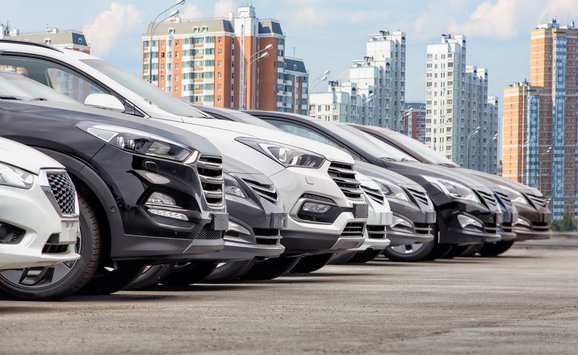 How Much Do Consumers Value Fuel Cost Savings? Evidence from the Passenger Vehicle Leasing Market 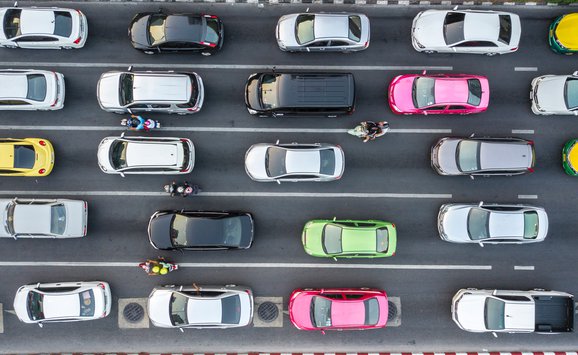