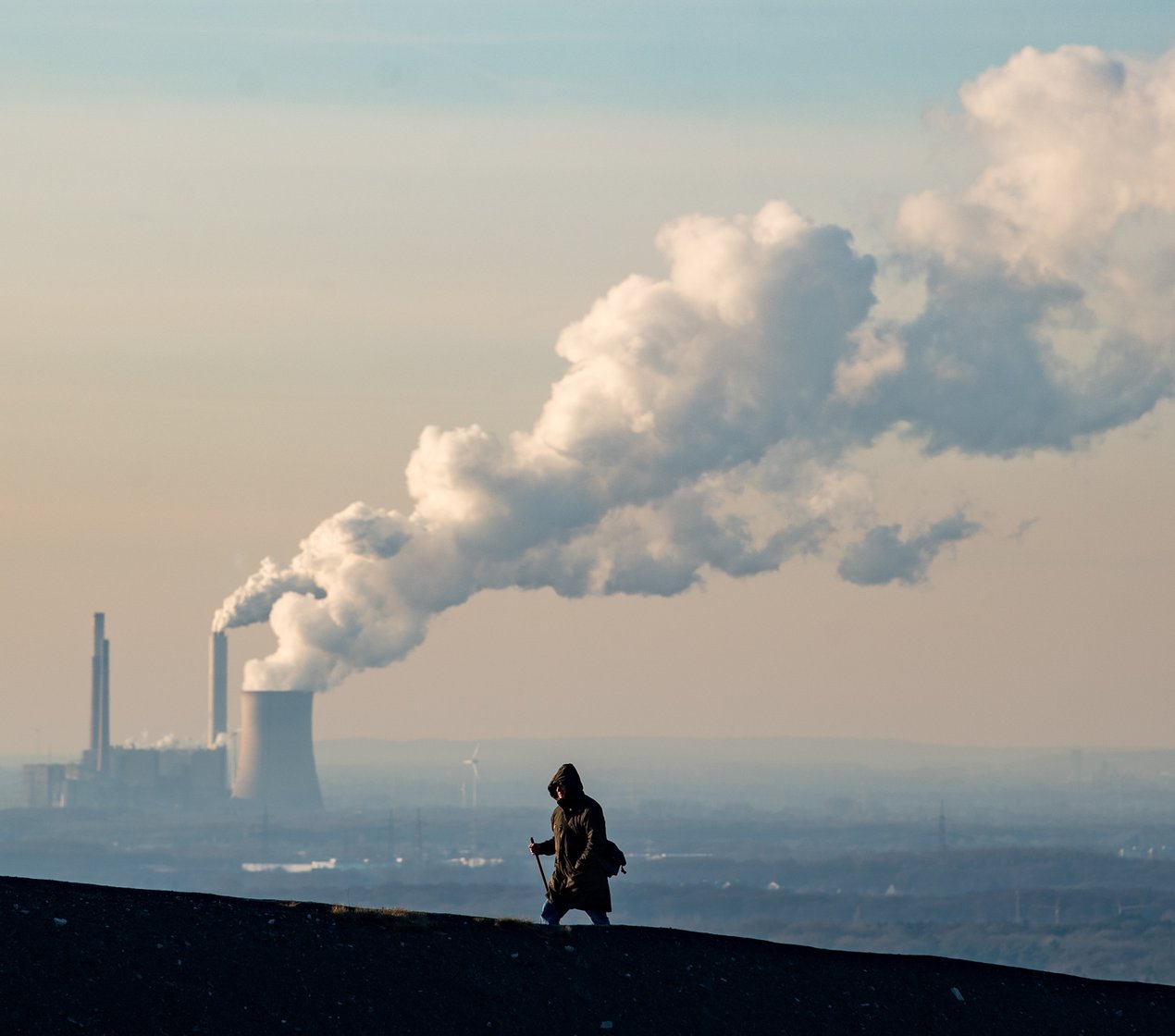 Last week, the Intergovernmental Panel on Climate Change (IPCC) released a special report with a new assessment of the myriad effects of global warming. It looks specifically at the impacts anticipated with an increase of 1.5º Celsius above the preindustrial period and examines a set of potential emissions pathways over the next few decades to stabilize warming of the Earth at that level.

The dispatch from some of the world’s leading experts on climate science provides a critical, evidence-based reminder of the environmental repercussions of increasing greenhouse gas emissions. It also offers a sobering assessment of the scale of emissions reductions required to address the climate challenge and restrict warming to globally agreed-upon levels intended to avoid some of the most catastrophic effects of climate change.

From our standpoint—as researchers who explore both the physical damages of climate change and the economics of potential policy mechanisms to address them—we see a number of key takeaways worth highlighting from the IPCC’s latest report and the ensuing discourse. The conclusions outlined in the report underscore the massive scale of emissions cuts needed to meet the goal of limiting global warming to 1.5ºC. They also point to a tremendous disparity between the level of agreed-upon temperature goals in the Paris Agreement and the level of global action required to significantly reduce emissions to achieve those targets.

Our first takeaway is the difference in magnitude of damages between the 1.5°C and  2°C scenarios.

Our first takeaway is the difference in magnitude of damages between the 1.5°C and 2°C scenarios. What’s the big difference in half a degree of warming? Consider coral reefs: according to the IPCC, “coral reefs would decline by 70-90 percent with global warming of 1.5°C.” However, it also estimates that essentially all of the Earth’s coral reefs—greater than 99 percent—would be lost with warming of 2°C, just half a degree higher. Or consider habitats: the IPCC predicts twice as much habitat destruction in the 2°C scenario than the 1.5°C scenario. To keep the Earth’s average temperature from rising more than 1.5ºC and to avoid those further climate damages, the IPCC assessment is that net-zero global emissions will be required in just a few decades.

Can we achieve net-zero emissions within such a short timeframe? It’s noteworthy that the technology pathways required to manage the level of reductions detailed in the IPCC report feature a rapid and complete decarbonization of the global energy system. These avenues rely heavily on the widespread deployment of carbon dioxide removal (CDR) technologies to pull existing carbon out of the Earth’s atmosphere. CDR techniques include leveraging the biosphere to naturally capture carbon through afforestation or reforestation efforts. (A recent RFF convening explored opportunities and policy obstacles to these approaches. —Ed.) Other options may involve deploying nascent (and as-yet unproven) technologies to capture carbon dioxide directly from the air at a massive scale.

The evidence provided in the report leaves no question that aligning the level of policy action with the measures needed to meet stated and agreed-upon policy goals will require moving rapidly toward a truly transformational change in the energy sector. The recent strong growth in renewables provides some cause for optimism about such a transformation, though a recent assessment by RFF’s Richard Newell and Daniel Raimi highlights that such a shift is without historical precedent.

By design, the IPCC report is not policy-prescriptive. However, it does present a range of carbon prices necessary to keep emissions on track to meet the 1.5ºC target. The level and significant range of prices—from $135 to $5,500 per ton of carbon dioxide emissions in 2030—have caught our attention and that of others (subscription required). Opponents of carbon pricing policies (e.g., the progressive keep-it-in-the-ground movement and anti-tax conservatives) will probably use the IPCC numbers to support their political arguments against carbon pricing. But these numbers should be taken with a grain of salt.

Current economic models are best used to estimate the emissions levels from small or moderate carbon prices in the short run. Some quantitative differences exist across models, but these tools consistently predict that moderate carbon prices would result in non-insignificant emissions reductions over the next 10 to 15 years—especially in the power sector. Yet the only thing certain about the long-run effects of very high prices on carbon, such as those in the IPCC report, is uncertainty. Today’s economic models are not built to study transformative change, and we know very little about the price level necessary to achieve deep decarbonization to meet the goal of limiting global warming to 1.5ºC. For example, most models cannot account for policy-induced innovation: the level of carbon prices needed to achieve sharp emissions reductions will depend on whether or not the policy itself helps lead to breakthroughs in battery costs to store electricity or CDR technologies. We therefore simply cannot accurately predict the prices necessary to maintain warming at or below 1.5ºC.

The economic losses of climate change—or, conversely, the benefits of action to limit global emissions—also provide important context for the cost estimates in the IPCC’s new report. One important tool highlighted by the IPCC is the social cost of carbon. This economic metric is used in benefit-cost analyses by the federal government and others to assess the effects of policies aimed at addressing climate change. RFF, through its Social Cost of Carbon Initiative, is leading a team of distinguished economists and scientists to improve the scientific basis for estimates of the social cost of carbon. In addition to generating an updated set of estimates to address recent recommendationsfrom the National Academies of Science, Engineering and Medicine, RFF’s initiative is building the scientific foundation for future estimates. New open-source software tools under development as part of this initiative will allow and encourage an expanded community of scientists to contribute scientific improvements to estimates of the social cost of carbon.

RFF and its collaborators are also undertaking research to generate very long-run projections (along with associated uncertainties) of a number of socioeconomic variables. These include economic growth, population, global emissions, and other factors that will be relevant to future IPCC reports and other research on climate change. The updated set of projections will offer the potential to move beyond the IPCC’s current scenario-based approach for climate analysis (which does not account for associated probabilities of outcomes) to focus on the range of most likely emissions and socioeconomic outcomes.

Finally, the new IPCC report spotlights the need for a sense of urgency from today’s policymakers. The political feasibility of achieving the emissions reductions required to stay below an increase of 1.5ºC globally appears low, but the physical feasibility depends on our decisions today. It will be much more difficult to prevent the worst predicted effects of climate change if emissions levels stay at the status quo over the next 10 years.

To that end, we shouldn’t dismiss the suite of policy options available today, including carbon pricing policies proposed in recent years. None alone would lead to emissions reductions in line with the 1.5ºC target. But as demonstrated by RFF’s research, these policies, such as the Baker-Shultz Carbon Dividend Plan, would ramp up the current level of policy ambition, provide a foundation for greater emissions reductions in the future, and provide benefits that outweigh their direct costs. 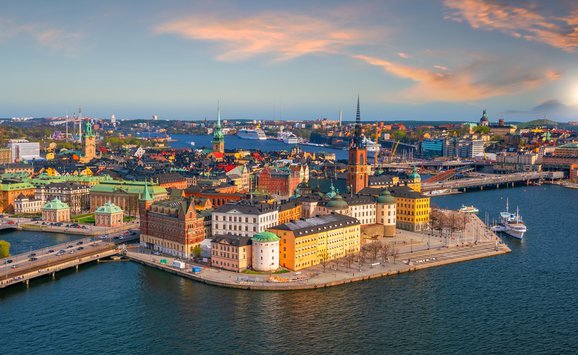