Navigating the Waters of the United States 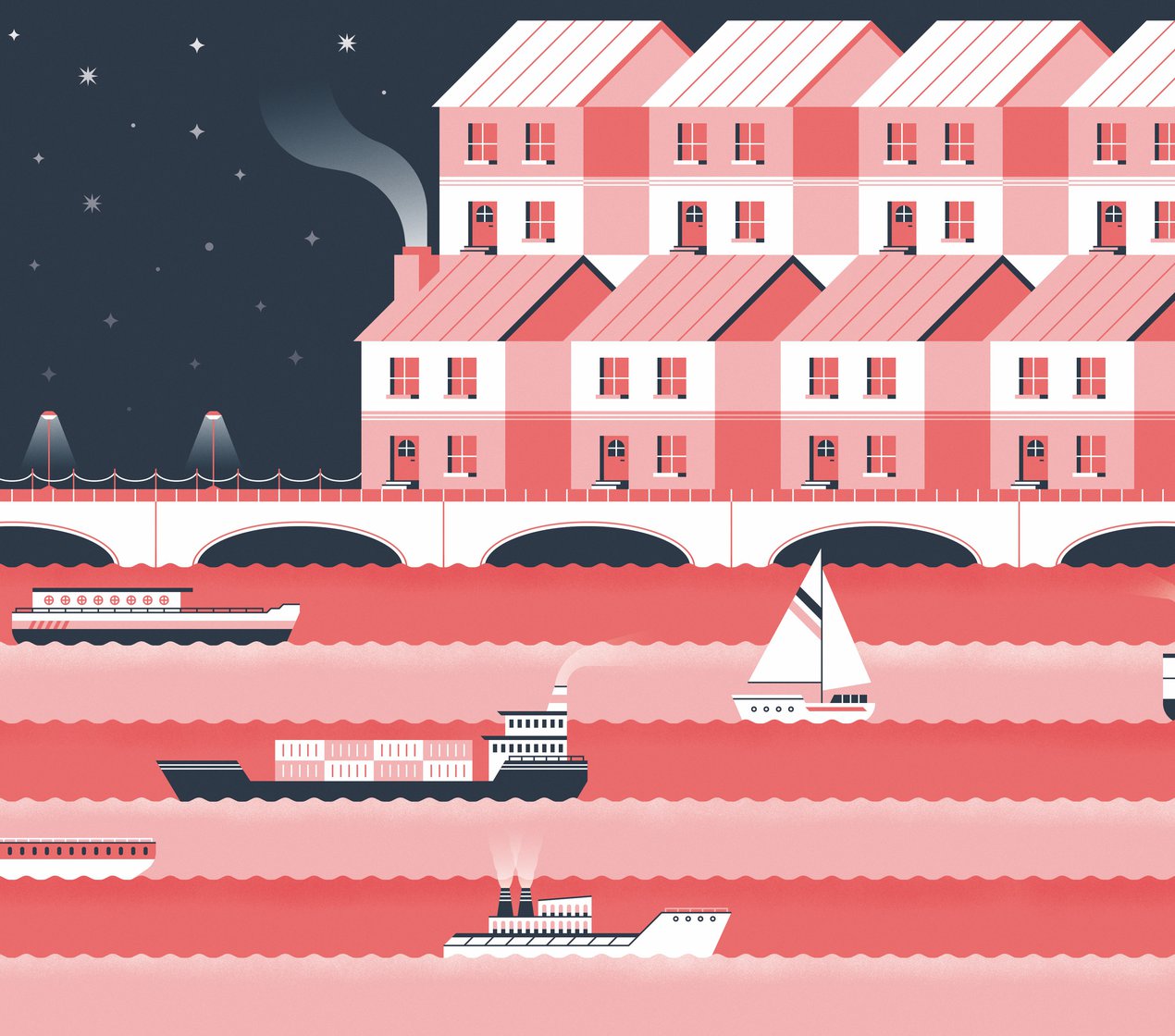 The Clean Water Act, introduced nearly 50 years ago in the wake of the infamous fire on the Cuyahoga River, set out to develop national water quality standards and regulate water pollution. But for as long as the law has been around, uncertainty has persisted over what bodies of water the law actually protects.

While the Clean Water Act applies specifically to “waters of the United States” (WOTUS), that phrase has brought a flood of complications. An expansive lake or an interconnected tributary might obviously qualify for protection, but what about a remote wetland, seemingly detached from the rest of a river system? Is a stream that flows just a few months per year technically subject to federal jurisdiction?

“The Clean Water Act itself leaves this definition open, which has been the reason why there’s been so much controversy,” says David Keiser, an environmental economist and associate professor at the University of Massachusetts Amherst.

The Obama-era Clean Water Rule sought to end the complicated and costly legal debates over which bodies of water qualify for federal protection. But the US Environmental Protection Agency (EPA) and the Army Corps of Engineers under the Trump administration reversed that prior guidance and promulgated a new rule—the Navigable Waters Protection Rule—that removes protections from isolated wetlands and intermittent or ephemeral streams.

According to EPA’s own data, one in three Americans drink water that comes from ephemeral or intermittent streams—bodies of water that are not protected under the new rule.

This “ping-pong game” between administrations only muddies the waters, says RFF University Fellow Sheila Olmstead. These definitions have serious implications, and not just for environmental regulators who need to navigate the complex law or industries hoping to set up mining operations near bodies of water. According to EPA’s own data, one in three Americans drink water that comes from ephemeral or intermittent streams—bodies of water that are not protected under the new rule.

Olmstead and Keiser are co-chairs of a recent report that assesses the economic rationale underpinning the Trump administration’s Navigable Waters Protection Rule. Their inquiry into rules regarding WOTUS, released in December 2020 after nearly a year of research and collaboration with other environmental economists and legal scholars, offers some stark conclusions about the former administration’s decisionmaking.

“The fact is that if the science isn’t right, the economics aren’t going to be right,” Olmstead says. “We’d hate for people to point to the economic analyses underlying the repeal and replacement of the Clean Water Rule as good precedents.”

Ironically, the new report—which critiques the former administration’s economic rationale for revising its definition of WOTUS—came to fruition only because the federal government had worked to curtail economic reviews of environmental regulations. The Environmental Economics Advisory Committee was a long-standing body within EPA’s Science Advisory Board that had provided evidence-based counsel on proposed rules for over 25 years before the Trump administration disbanded it in 2018. In response, a team of economists formed an independent group with the same mission: the External Environmental Economics Advisory Committee (E-EEAC).

“Having an advisory committee within EPA served a very important purpose,” Keiser says. “E-EEAC is an admirable effort to fill this gap.”

A previous E-EEAC report found that the Trump administration’s revised Mercury and Air Toxics Standards “fail to account for the latest science and economics” by underestimating public health benefits and neglecting to incorporate observed changes to the power sector in the past decade. The committee’s new report takes a similarly probing look at the effort to repeal and replace the Clean Water Rule.

Throughout its 70-plus-page review, the new report identifies ways in which the Trump administration’s economic analysis has overlooked sound science and agency-recommended best practices. Olmstead and Keiser take issue with many of the administration’s arguments, but they find especially puzzling the claim that authority over water resources is best granted to state officials.

The Trump administration’s analysis asserts that states would be more adept managers than the federal government because water quality is a “local public good.” According to this logic, state regulators would have a better sense of which bodies of water are regulatory priorities and thus could allocate resources more efficiently than the federal government could. But such an argument doesn’t account for the reality that waterways are not neatly divided among US states; a polluted river in one state obviously—and empirically—has downstream impacts that cross state lines.

“If you’re going to argue that water quality is a local public good, what you’re saying is that essentially all the benefits and costs of activities that affect those water bodies can be contained within state boundaries,” Olmstead says. “But that doesn’t jive very well with the science.”

In fact, the Obama administration’s analysis that justified the Clean Water Rule came to the opposite conclusion about interstate water connections. “The 2015 rule had an extensive, peer-reviewed scientific report. And in that report, the best available science argues that a lot of these so-called ‘isolated’ wetlands or ephemeral and intermittent streams are connected to downstream waters,” Olmstead says.

“Even though we might not be able to visually see the connections, they are often hydrologically connected,” Keiser adds.

The Trump administration’s economic analysis also assumes that many states will strengthen local regulation of water bodies affected by the new rule. In several scenarios in the analysis, those states that EPA and the Army Corps expect to fill the gap left by less stringent federal jurisdiction have been excluded entirely; the potential costs and benefits of lax federal standards in these states are thus not considered at all, which has a sizable impact on national benefit estimates. And while it might seem reasonable to expect states to move quickly to protect priority waterways, regardless of federal guidance, the E-EEAC report authors point out that this type of speculative reasoning violates EPA’s own guidelines for conducting economic analysis. In fact, they cannot find any precedent for such an assumption, instead writing that “we cannot find another example in contemporary regulatory impact analysis.”

The former administration’s prediction that various states—as many as 31 in its most optimistic scenario—would move to protect isolated wetlands and intermittent streams is hardly supported by recent history, either. The report points to the aftermath of a 2001 Supreme Court case, which stripped federal protections from many isolated wetlands. Even though many states were impacted, only a few states over the following two decades felt compelled to strengthen their regulations to protect bodies of water that were no longer covered.

“To assume that 31 states are going to fully subsume the federal role doesn’t align very well with precedent,” Olmstead says.

We’d hate for people to point to the economic analyses underlying the repeal and replacement of the Clean Water Rule as good precedents.

“To estimate national benefits, EPA made the assumption that baseline acreage is exactly the same in every single state,” Keiser says. “They’re assuming that the number of acres of wetlands in Florida is the same as in Arizona. The economic analyses then provide little information as to how this and other important assumptions impact the overall benefit estimates.”

The federal government has not divulged the full specifics of its methodology here, so it’s unclear the extent to which such assumptions skew the final results. But the E-EEAC report authors note that “many of the decisions [by EPA] appear to bias downward the estimates of losses.” In other words, the analysis of wetland protection benefits—while otherwise scientifically sound—could have been applied using methods that understate the costs of the Trump administration’s rule.

The Downstream Consequences of Regulatory Uncertainty

Both Olmstead and Keiser think the conclusions of their report have implications far beyond this specific rule. Similar arguments against stringent federal protections have been leveraged to justify other recent rollbacks and could be deployed again in future administrations.

“These arguments about devolving regulatory authority from the federal to the state governments are familiar arguments that one could make about many other environmental statutes,” Olmstead says about the Trump administration’s record of loosening federal environmental standards. “We could have really meaningful debates as a country about regulatory decentralization. But in this particular case, we felt the arguments were poorly applied, and we want to make sure that they’re not used as precedent in other cases.”

The Biden administration is poised to review many of the previous administration’s environmental rules, and it seems likely that the Navigable Waters Protection Rule will undergo particular scrutiny. But the flaws in the Trump administration’s economic analysis reflect broader limitations within the existing Clean Water Act framework, which cannot easily be resolved through the executive branch alone. Keiser notes that the federal government struggles to monitor water quality nationwide, making it hard to get a sense of where intermittent streams or isolated wetlands are even located. Olmstead suggests that debates over protected waters will inevitably recur unless the text of the Clean Water Act is revamped.

If the lack of clarity comes from the fact that the law is unclear, then shouldn’t Congress consider changing the law?

“We’ve had controversial Supreme Court cases, the Clean Water Rule was in litigation before Trump even came into office, the Navigable Waters Protection Rule is in litigation—all over this question of what waters count,” Olmstead says. “If the lack of clarity comes from the fact that the law is unclear, then shouldn’t Congress consider changing the law?”

But both houses of Congress remain closely divided along partisan lines. Unless legislators reach some unexpected agreement, these costly lawsuits over federal jurisdiction will continue. Questions will persist over which waterways are truly “waters of the United States.” And that “ping-pong game” between administrations won’t have a winner anytime soon.

A version of this article appeared in print in the Winter 2021 issue of Resources magazine.

Navigating Challenges to the Clean Water Rule, with Sheila Olmstead

Is the Trump Administration Ditching WOTUS?, with Ellen Gilinsky 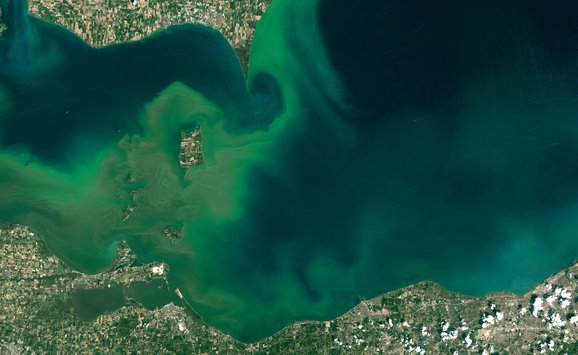