The Biden administration has highlighted some possibilities for reforming oil and gas drilling —and thus reducing emissions—on federal lands. RFF Fellow Brian Prest draws from recent modeling results to make the case for carbon adders as a promising option.

The Biden administration has ambitious climate goals, and it likely will need to rely heavily on policies that can be implemented by executive authority. One such policy that received major attention during the presidential campaign was President Joe Biden’s promise to reduce oil and gas drilling on federal lands and waters. (I'll call these “federal lands” for the rest of this article.) Greenhouse gas emissions associated with fossil fuels produced on federal lands amount to about 25 percent of total US emissions. Historically, coal has been responsible for most of those emissions. However, oil and gas now are the main culprits due to the decline of the coal industry and the rise of shale. As a result, federal oil and gas leasing policy has attracted increasing attention, and Biden will see significant pressure to follow through with his campaign promise.

What may have gone unnoticed is that Biden floated several different policy options for federal oil and gas leasing. While a leasing ban was the proposal that received the most attention, the campaign also proposed modifying royalties to incorporate a “carbon adder” (or fee) to internalize the negative externalities associated with climate change, potentially based on the social cost of carbon. This idea might be more appealing to an economics-minded audience, due to the general preference among economists for carbon pricing over command-and-control regulations.

The idea of carbon adders is not new. In fact, it’s an extension of a similar approach considered by the Obama administration for federal coal leasing policy. Specifically, the Obama administration halted federal coal leasing while it considered carbon adders for coal (see RFF analysis here). The Biden campaign’s proposal is a natural extension of this idea to oil and gas leasing.

It’s important to note that a leasing ban and carbon adders are, for the most part, mutually exclusive policies. For legal reasons, carbon fees likely would be charged only on newly issued leases, which would not exist at all under a leasing ban. Since the two policy options are substitutes, it’s worth considering their trade-offs, both in terms of how much they could reduce emissions and how they would affect revenues generated by the federal oil and gas leasing program.

While both policies would reduce oil and gas production and the associated emissions, the magnitude of these reductions is not clear ex ante, in part due to the likelihood that some of the reduced production on federal lands would be offset by increased production elsewhere. The revenue impacts of the policies would differ in direction because ending new leases clearly would reduce royalty revenues, whereas a carbon charge would generate a new revenue stream. Currently, royalty revenues are shared among the federal government, state governments, and conservation and reclamation projects. States like New Mexico depend heavily on these revenues to support their budgets, creating intense local interest in these policies.

In a recent working paper, I used a detailed economic model of US oil and gas supply to quantify the impacts that these policies would have for global greenhouse gas emissions and government revenues. The bottom line: both a carbon adder and a leasing ban would lead to nontrivial reductions in emissions; however, their effectiveness would be tempered by production “leakage,” an economic term for when emissions reductions in the regulated sector (in this case, federal lands) would be offset by emissions increases in unregulated sectors (e.g., increased oil and gas production from producers on state, private, or foreign lands).

Federal lands in the United States account for only about 15 percent of global oil and gas supply, and both products feature relatively inelastic demand; thus, much of the decline in federal production (and the associated emissions) would be offset by increases elsewhere. In my paper, I estimate this leakage rate to be in the range of 50 to 75 percent, meaning global emissions reductions would amount to only about one-half to one-quarter of the direct reductions from federal lands. Nonetheless, even accounting for this leakage, my model estimates that a leasing ban ultimately would reduce global greenhouse gas emissions by around 100 million tons of carbon dioxide equivalent (CO₂e) annually (reflecting average annual reductions projected for 2020–2050). That’s about one-quarter of the reductions originally projected for the Clean Power Plan, a policy often referred to as the Obama administration’s “signature climate policy.”

The carbon adder, applied only to leases and operators that pay for the climate impacts of their emissions, achieves somewhat more modest emissions reductions than a leasing ban (about two-thirds as much) (Figure 1A versus 1B). But even though the carbon adder achieves smaller emissions impacts, this policy raises about $7 billion per year on average, while the leasing ban loses about $6 billion per year (Figure 1C versus 1D).

This result suggests that carbon pricing could help internalize externalities while also raising government revenues (which could be used for transition assistance, for example). A carbon adder also could be an easier political lift than a leasing ban, as it still allows companies access to federal land, but only for projects that can pass a benefit-cost hurdle that accounts for climate damages.

These top-line estimates have a few important caveats, however. First, all of these estimates are long-run, cumulative estimates through the year 2050, which is the appropriate measure from the big-picture perspective, since long-run climate impacts are driven primarily by cumulative emissions. But the short-run effects are considerably more modest, which is important both politically and in the context of net-zero emissions goals (e.g., net zero by 2040 as endorsed by the US House Select Committee on the Climate Crisis). In particular, Figure 2 shows the percentage reduction in emissions associated with federal oil and gas production under both policies over time. In short, both a leasing ban and a carbon adder would have only modest effects on federal oil and gas production during Biden’s first term. As a result, the Biden administration is unlikely to be able to point to major emissions reductions from this policy during its tenure—whether Biden’s time in office lasts four or even eight years.

The reason for the delayed impact is that these policies would apply only to new leases issued by the federal government. Existing leases would continue under business as usual, and wells already producing would continue to do so until exhausted. In addition, a large stock of existing leases have not yet been drilled and likewise would be unaffected by these new leasing policies: The Trump administration issued nearly 5,000 leases covering almost 10 million acres from 2017 to 2019. Since leases typically give companies the right to drill at any point within 10 years, the bulk of the potential impact of those unaffected leases will persist through the end of the decade. Further, since many operators sit on their leases for many years before drilling them, the immediate effect of a leasing ban would be minor.

Indeed, energy consultancy Wood Mackenzie recently noted that in the Gulf of Mexico, the site of much federal oil production, “we do not expect a potential ban on leasing to materially impact production in the region until the end of the decade.” Only once the industry’s stockpile of leases starts to dwindle—either because the wells are exhausted or the leases expire—will the lack of new leases start to bite.

On the other hand, the Biden team has floated another idea that I did not model in the paper: a ban on permitting new wells—even on existing leases. This approach is much more aggressive than a ban on leasing but would likely be subject to legal challenges. Leaseholders would argue in court that their previously issued leases give them a right to extract resources and that a ban on permits for drilling would violate that right.

How realistic it is to end drilling on existing leases remains an open question—but the approach will be necessary if policymakers are serious about achieving net-zero emissions. Another option is for the federal government to buy back existing leases, which would circumvent the legal question but would require funding. Today, with very low oil and gas prices making many drilling prospects only marginally profitable, some leaseholders might jump at a buyback. Even with buybacks or a ban on permits, other complementary policies would be needed to reduce net emissions from federal lands, including the promotion of renewable energy development (such as offshore wind in the Atlantic or solar in the Southwest) and the facilitation of carbon sinks through approaches such as reforestation.

Biden has ambitious goals but limited tools available for achieving them. His platform clearly acknowledges that a wide suite of complementary policies will be necessary to effectively reduce emissions. For federal lands, a carbon adder has merits well worth considering—particularly in light of the alternatives. The policy would simultaneously cut emissions, raise revenues for vulnerable states and communities in transition, and soften industry opposition.

This article was published both in Resources magazine and as part of a blog series from Resources for the Future (RFF), released weekly in the lead-up to Inauguration Day. In the series, RFF scholars weighed in on key challenges facing the new administration and explore the outlook for climate policy in the coming years. 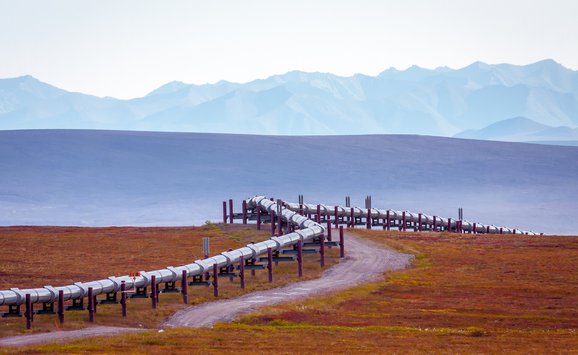 Examining the Effects of a Federal Leasing Ban: Drilling into an Industry Study 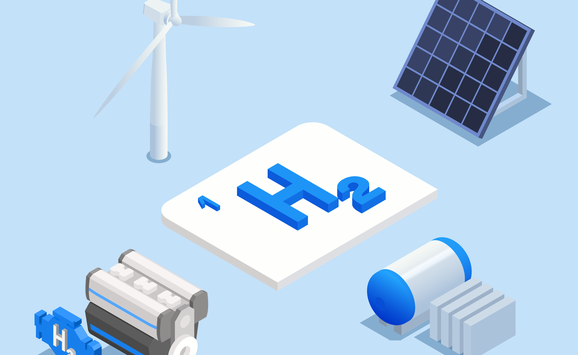