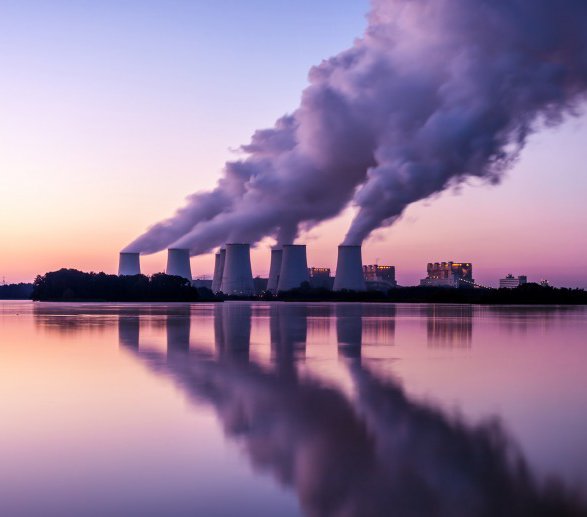 Reconciling domestic and global estimates of the social cost of carbon will be a necessary challenge to construct effective climate policy, especially to the extent that other countries look to the United States for climate leadership.

Climate change is often called the “mother of all externalities.” And for good reason: When carbon dioxide (CO2) is emitted from a tailpipe in Michigan, for example, that CO2 contributes to atmospheric concentrations of the greenhouse gas globally—which translate to local impacts for communities well beyond the United States. The broader effects of climate change include sea-level rise that endangers coastal communities in Bangladesh and elsewhere. Likewise, coal burned in a Chinese power plant today will raise global temperatures and result in similarly “external” (i.e., indirect) damages outside of China, dramatically reducing corn yields in Iowa before the end of the century.

To mitigate potential risks from CO2 emitted in the United States, the federal government has historically used a metric known as the social cost of carbon to evaluate policies that affect emissions. Broadly speaking, this is an economic tool used to quantify the benefits or damages to society of reducing or emitting one ton of CO2 in the atmosphere. Conceptually, estimates of the social cost of carbon account for the net benefits of reducing CO2 emissions. In theory, if all of the external damages resulting from CO2 emissions (and the benefits from reducing those emissions) were accounted for in the prices of goods and services as well as the estimated costs and benefits of regulatory policies, we would achieve what economists refer to as a “socially efficient” outcome—one that equates the marginal benefits of reducing CO2 emissions with the marginal costs of doing so, thus maximizing global social welfare.

Whose benefits and costs should we add up when considering regulations?

In practice, however, the social cost of carbon is itself a regulatory construct. We use this metric to understand the benefits of and rank alternative policies that affect CO2 emissions. In this context, the social cost of carbon falls under the jurisdiction of federal guidelines for benefit-cost analysis—guidelines that delineate who should have economic “standing” in the evaluation of federal policies. That is, whose benefits and costs should we add up when considering regulations?

This question is a critical and contentious one when considering regulations aimed at addressing CO2 emissions in the context of climate change. By definition, national borders mean very little for CO2 emissions, which add to global atmospheric concentrations regardless of where they originate. But the same cannot be said of US regulatory policy. At the crux of the debate about using estimates of the social cost of carbon in the United States lies the question of whether or not regulatory benefit-cost analysis should account for policy impacts that extend beyond US borders.

The Office of Management and Budget’s Circular A-4, the guidepost for US regulatory impact analysis, expressly states that analyses “should focus on benefits and costs that accrue to citizens and residents of the United States” and that any effects outside of US borders should be reported separately.

For many federal rules, economic standing is a nonissue because the benefits and costs accrue primarily to the US population. For example, the Acid Rain Program under the 1990 Clean Air Act Amendments targeted sulfur dioxide emissions reductions from electricity generators that contributed to relatively localized air pollution. Yet the majority of damages from US-borne CO2 emissions accrue to non-US citizens. At the same time, the majority of damages borne by the United States come from emissions abroad. As such, use of the social cost of carbon in the United States has focused on global benefits.

The majority of damages from US-borne CO2 emissions accrue to non-US citizens.

Some scholars have argued that emissions of CO2are a global externality, and thus the social cost of carbon must incorporate the full extent of their damages. Without fully accounting for the externality, achieving socially optimal reductions in CO2 emissions is infeasible. Another familiar defense of using global estimates for the social cost of carbon is that because climate change is a problem affecting the global commons, it requires international cooperation—and commitment to ambitious domestic reductions of CO2 emissions can bolster the success of such negotiations. Yet due to the incentives of individual countries to free ride on the contributions of others to CO2 emissions reductions, this type of reciprocity in international agreements is difficult to ensure.

An alternative argument is that comparing global climate benefits with domestic costs is inconsistent with federal guidance and historical precedent—and that domestic measures of climate benefits should be used for policy evaluation. Such arguments are based on sound legal and institutional footing. Those who share this viewpoint contend that using global rather than domestic estimates of the social cost of carbon will result in a misallocation of resources.

More practically, the argument in favor of using global damages is that, in their current form, many of the integrated assessment models used to calculate the social cost of carbon lack sufficient detail to estimate country-specific damages accurately. The Interagency Working Group on the Social Cost of Carbon (the federal taskforce assembled to harmonize the methodology used to estimate the social cost of carbon, which was disbanded by the Trump administration in March) originally put forth rough approximations of a domestic estimate, including a simple fraction of the global social cost of carbon weighted by the US share of global gross domestic product. Those measures do not take into account myriad potential impacts (including from migration, trade, or political destabilization) that may occur in response to climatic variation.

We need to consider how US-centric climate policy choices may affect global and domestic outcomes.

So where does that leave us? In addition to legal, economic, and empirical hurdles, we need to consider the strategic implications that US-centric climate policy choices would have for global and domestic outcomes. As stated in a recent reportby the National Academies of Sciences, “It is important to consider what constitutes a domestic impact in the case of a global pollutant that could have international implications that impact the United States.” Put another way, in an extreme example, what if the United States adopts a domestic social cost of carbon estimate for policymaking purposes, and that choice leads to greater global CO2 emissions—which, in turn, directly affect the United States? In addition, those increased emissions could affect climatic outcomes in the Middle East that are linked to civil unrest and the potential migration of refugees to the United States. Should we consider these impacts a domestic cost of US emissions? Such logic illustrates how difficult it can be to parse out each causal pathway for domestic climate damages and to represent this in an integrated global framework.

Does the United States have strategic grounds for favoring a global estimate of the social cost of carbon? Simple game theory provides a way to formalize this thinking. The problem discussed thus far can be represented stylistically as a so-called prisoner’s dilemma: All countries would be better off if there were a coordinated solution to adopt a global social cost of carbon—but the incentives to free ride suggest that we will reach an inefficient outcome, where each country adopts a domestic value and the global externality is not internalized. Building on this framework, one can rationalize adoption of a global social cost of carbon if, for example, the United States believes that China will reduce CO2 emissions as a result. Additionally, in a repeated-negotiation context, a global estimate can be rationalized if countries care enough about the future that they will choose to cooperate rather than adopt a domestic estimate for short-term benefit. Although these considerations work in theory, they do simplify the policy context considerably.

Overall, there is inconsistency between the conceptually correct social cost of carbon—that is, the global external damages from carbon emissions—and the guidance put forth for regulatory impact analysis by the US government. Reconciling these two concepts will be a necessary challenge to construct effective climate policy, especially to the extent that other countries look to the United States for climate leadership.