Bakken 2016: Managing a Downturn and Planning for an Uncertain Future

Western North Dakota is one of the most rural regions of the United States, and has experienced perhaps the most dramatic fiscal impacts of the shale revolution. Oil production from the Bakken and other “tight” formations peaked at more than 1.2 million barrels per day in late 2014, and impacts on city and county governments in the region is hard to overstate.

In the city of Williston, located near the heart of the Bakken play, officials estimate that population has grown from roughly 12,000 in 2007 to over 35,000 today. This growth led to enormous new revenues and challenges as Williston and other local governments in the region sought to manage sharp growth in economic activity.

When we first visited the region in late 2013, most local governments were struggling to keep up with the rapidly increasing demand for public services such as water and wastewater systems, roads and bridges, law enforcement, fire protection, and more. Since that time, a sharp decline in oil prices has led to a decrease in drilling and population growth, simultaneously reducing demand for services along with local government revenue (Figure 1). 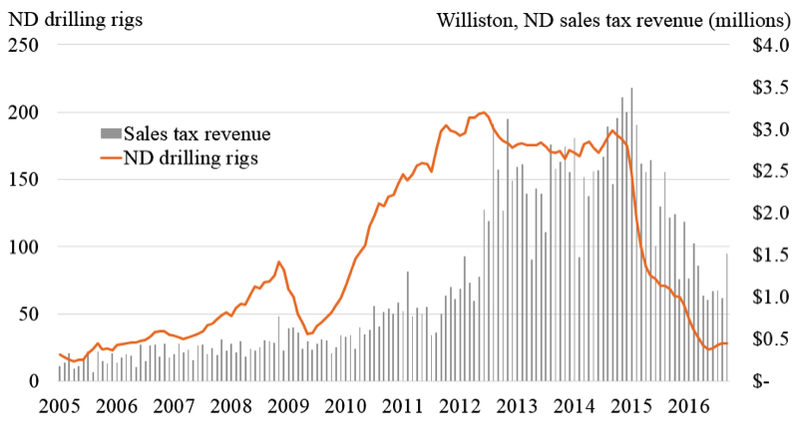 In some ways, local officials saw this slowdown in activity as an opportunity to catch up with the demands brought about by the Bakken boom. However, cities in the region such as Dickinson, Watford City, and Williston had also taken on tens or hundreds of millions of dollars in new debt. These new financial commitments meant that local governments hoped that oil prices would find a “goldilocks” level: not too high to overburden public services, but not too low to create problems financing the new debt.

In early 2016, North Dakota oil prices fell below $30 per barrel, well below the levels necessary to support these financial obligations (because of transportation costs and other factors, Bakken crude oil tends to sell for $5 to $10 below West Texas Intermediate crude, the leading domestic benchmark). However, prices have risen in recent months, lessening fiscal pressure for local cities and counties, as well as the state government. 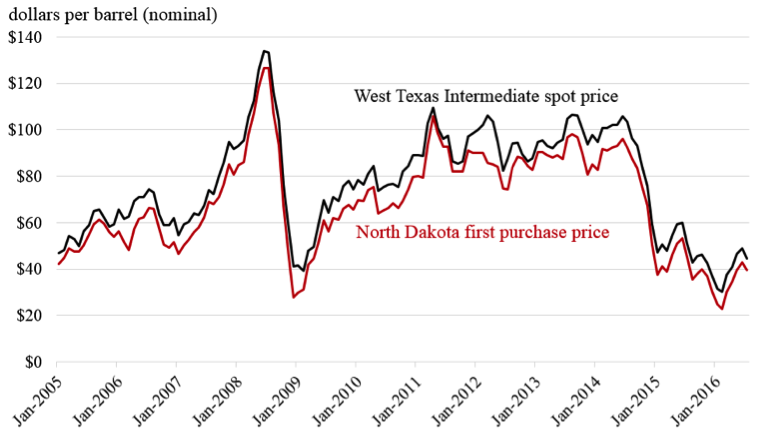 In addition to higher oil prices, legislative changes enacted in 2015 have allocated a larger proportion of oil and gas revenues to local governments in the Bakken region. Due to the slowdown in oil and gas activity coupled with these legislative changes, local governments report that they are mostly “caught up” with needed upgrades in infrastructure and other services. What’s more, new services and amenities have been added in Dickinson, Watford City, and Williston. In each of these cities, emergency services have been expanded and professionalized, roads have been improved, and new recreation centers such as Williston’s Area Recreation Center (pictured below) have been built. 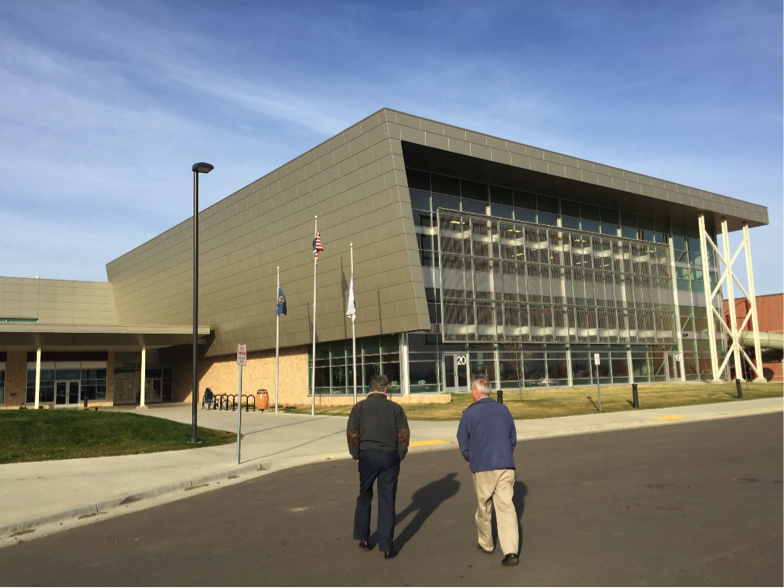 In sum, fiscal conditions for local governments in the Bakken have improved substantially since our first visit in late 2013. If oil prices remain at or above levels needed to sustain steady growth, fiscal conditions will likely continue to improve. However, oil prices are notoriously difficult to anticipate, and a prolonged downturn in drilling activity could lead to long term fiscal challenges. For example, every city and county in the region has taken on large new debt burdens to finance the expanded services described above, and multiple credit ratings agencies have downgraded the city of Williston’s debt in recent years.

In the coming years and decades, the continued expansion of the Bakken region will depend heavily on global oil prices and changes in oilfield technology. Most local government officials in the area are optimistic that these trends will evolve in their favor, though they also acknowledge the challenges of planning for the future when so much depends on factors outside of their control. 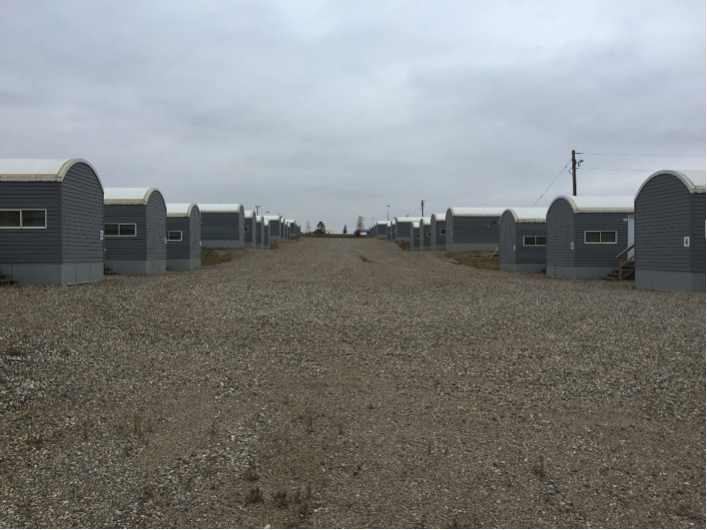