Can Economics Tell Us When It’s Safe to Return to Life as We Knew It? 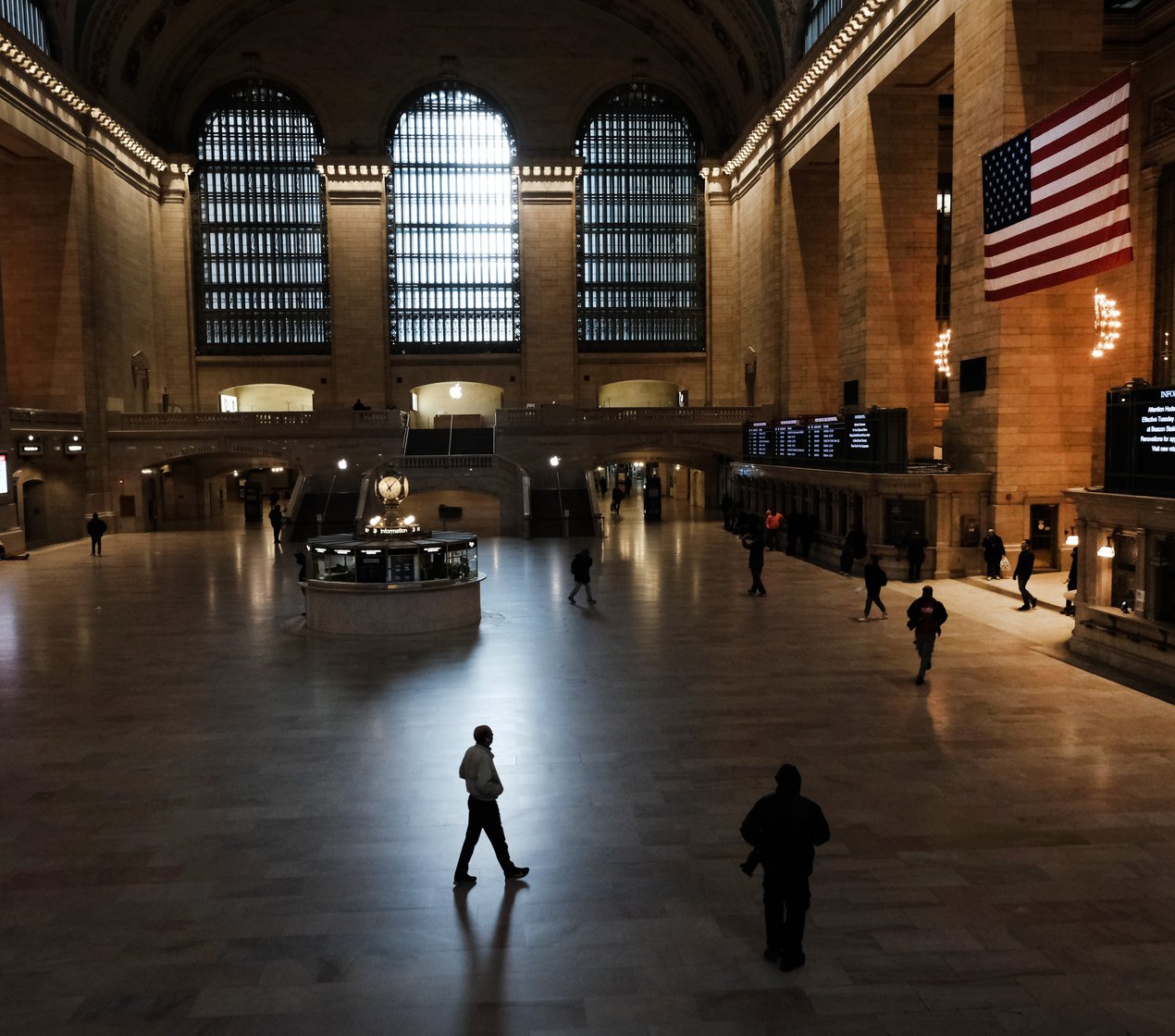 Record numbers of Americans are filing for unemployment benefits, and millions more are poised to join them. The US GDP could shrink by double digits, potentially by as much as 30 to 50 percent, according to current and former Federal Reserve officials. With the ultimate human toll of the coronavirus uncertain—but the economic ramifications already staggering—many are wondering how long we can keep this up. Is there a point at which economic suffering poses a greater threat than the virus itself? If there is, can we know that point with any certainty?

The “value of a statistical life” (VSL) is a decades-old economic concept that has regained public prominence as the coronavirus imperils public health and destabilizes the global economy. An expert on VSL, RFF Senior Fellow Alan Krupnick discusses the concept on a recent episode of the Resources Radio podcast, exploring its complicated history and how it might apply in light of the spreading pandemic.

Origins of the “Value of a Statistical Life” Concept

According to Krupnick, an early attempt to value life, known as the “human capital approach,” ties a person’s value to their economic productivity: if someone dies prematurely, their value is equal to the value of the years of work they would have completed over their remaining “full” life. But tying the value of a person solely to their economic contributions is controversial, in part because it undervalues the labor of nonmarket roles like raising kids and effectively deems elderly, disabled, or retired people less valuable than the young, healthy, and working. So, in 1968, Nobel Laureate economist Thomas Schelling distinguished between the value of a person’s life and the value of a reduction in the risk of dying. VSL was born.

“It's not the value of saving a life, as it was with the human capital approach,” Krupnick says. “[VSL] is the value of reducing your risk of death by a little bit, and how much you are willing to pay for those slight reductions to your risk of dying prematurely.”

Krupnick outlines two approaches that can estimate VSL—“revealed preference” and “stated preference” techniques—but these come with their own methodological uncertainties.

“The most popular [revealed preference] approach for [estimating] people's preferences for trading risk for money is called the ‘hedonic wage approach.’ What we know is that people in riskier jobs than other people, all other things equal, get paid a wage premium for taking that added risk,” Krupnick says. “So, if you know what those wage premiums are, and you know what the added risk is—that's the numerator and denominator of this VSL calculation.”

The stated preference approach involves asking a range of people (including the young, old, employed, and jobless) hypothetical, but highly structured, questions about how much money they would pay to reduce their risk of death.

Krupnick notes that both types of studies can arrive at answers with uncomfortable implications for society—respondents in lower-income countries typically pay less to reduce their risk of death, and some studies suggest that older respondents feel the same way. Should the VSL for people in a wealthier country, where disposable income is higher, be higher than for those in the developing world, where a reduced ability to pay influences their willingness to pay? Should the VSL applied to young people be higher than the VSL applied to older people?

And while discussions about the relationship between VSL and age might be relevant, given that older people are disproportionately more likely to die from the coronavirus, RFF University Fellow Joseph Aldy points out that abstract assessments of a person’s value often don’t align with how we actually choose to structure policies to prolong life.

“There’s evidence that people’s willingness to pay to reduce the risk of mortality starts to decrease after age 50,” Aldy says. “But … we spend the vast majority of our healthcare dollars on people over the age of 65, and yet one might say the age-adjusted value of statistical life for that population is lower … So how far can this economic analysis really go?”

VSL in a New World

Despite the moral land mines and methodological challenges associated with VSL, the concept is widely applied across economics. In its own analyses, the US Environmental Protection Agency currently uses a VSL at around $10 million for one statistical life, while other agencies have used different VSLs over the years.

But how relevant is VSL to today’s coronavirus pandemic?

Irrespective of the VSL used, there are a variety of new studies on the benefits and costs of social distancing. One study from University of Wyoming economists—using EPA’s VSL of $10 million and assuming that social distancing would save 1.2 million lives—estimates the total value of lives saved at $12.2 trillion. Then, estimating the economic costs of social distancing at around $8.8 trillion based on expected declining trends in GDP, the researchers conclude that prolonged social distancing is preferable to returning to business as usual and exposing millions of people to the virus. Similar research from the University of Chicago contends that not enough is known to estimate total economic costs but predicts that the total benefits of social distancing will be at least $7.9 trillion, and potentially much more. Taken together, these studies suggest that a prolonged quarantine would have substantial economic net benefits relative to the alternative scenario, in which businesses remain open but many more Americans die.

Other economists argue that because the costs and benefits of an unprecedented pandemic are hard to predict now, incorporating cost-benefit analysis or VSL into policy decisions presents challenges. For instance, James Broughel and Michael Kotrous of the Mercatus Center at George Mason University point out that, because coronavirus can cause severe lung damage in those who survive, healthcare costs for survivors might increase in the years after infection.

Krupnick argues that, for the time being, people will remain fearful of infection and stay home, even if the government walks back shelter-in-place orders. “Economics is the science of trade-offs in society,” he says. “Until we get into that flattening of the curve that everyone's talking about, the economy just cannot get started again. Even if all these restrictions were lifted, few would go back to work.”

For those reasons, Krupnick sees cost-benefit analysis (and the use of a VSL) as not appropriate for current discussions involving the coronavirus. But he contends that these tools could be quite important for deciding when and how to allow more Americans to return to work, once fear of the virus begins to subside.

“After we've moved beyond that hump, and the curve starts going down,” says Krupnick, “then it would be appropriate to use cost-benefit analysis to help decide how fast you try to get back to our new normal—how fast and in what ways you reduce restrictions on social distancing.”

The Value of a Statistical Life and Coronavirus, with Alan Krupnick 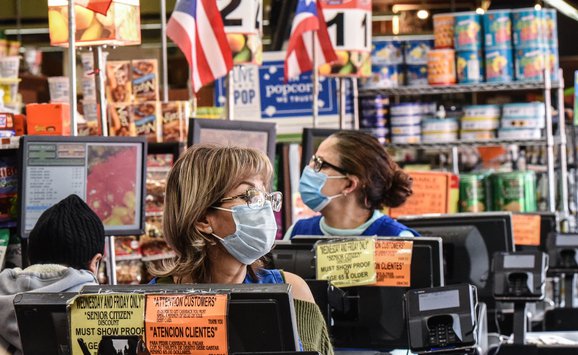 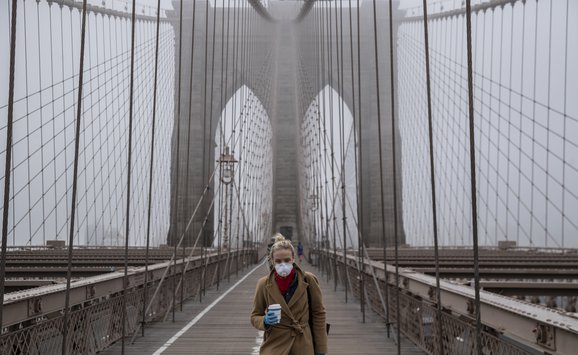 The Value of a Statistical Life, Crime during the Coronavirus, and More 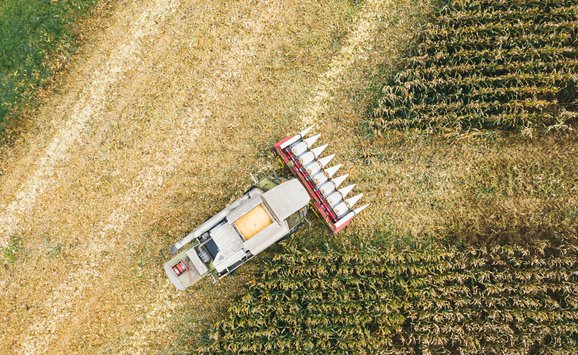