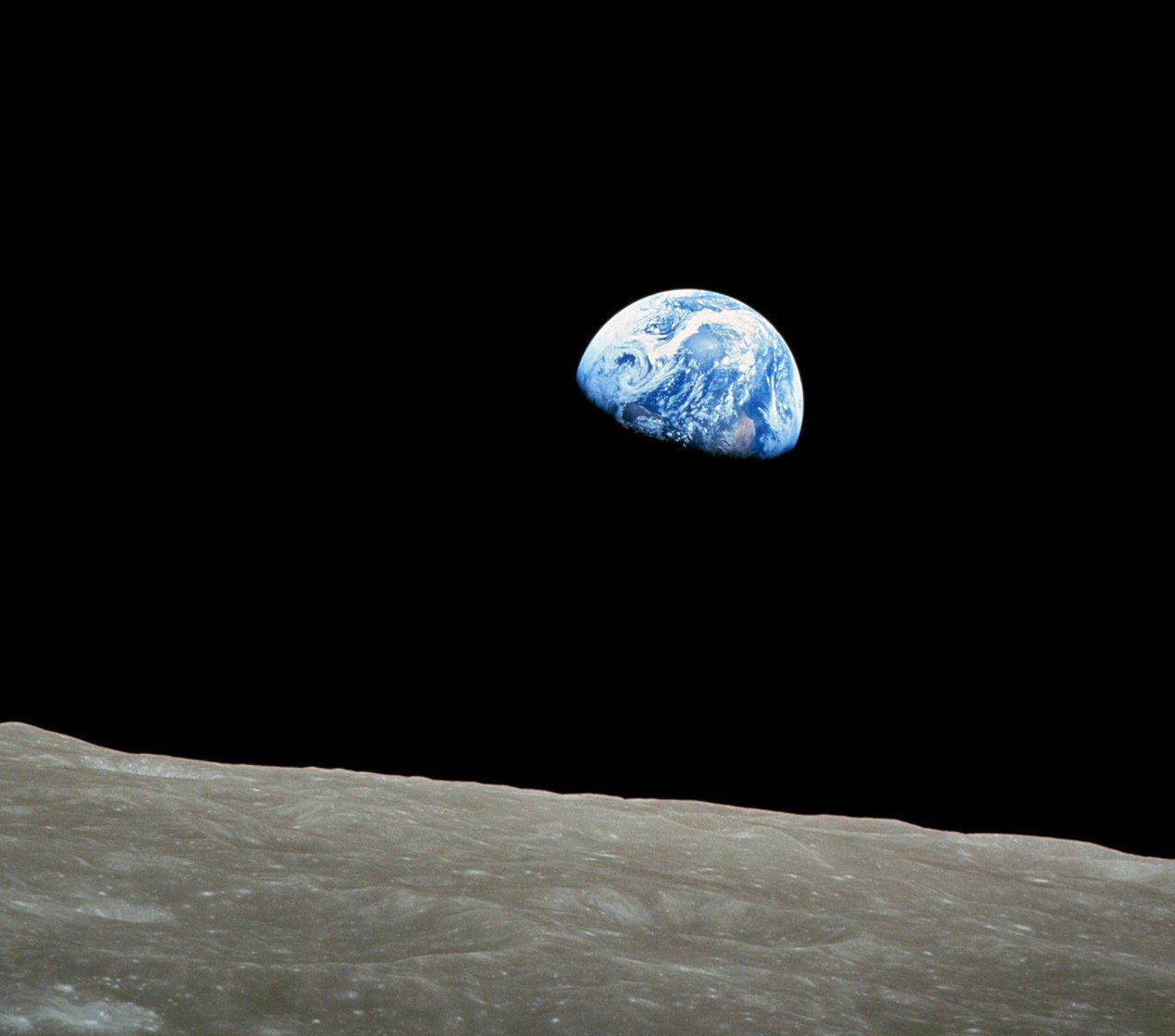 Wisconsin Senator Gaylord Nelson saw an opportunity. The anti-war protests of the 1960s made clear that the public could mobilize en masse around social movements. Simultaneously, a growing consciousness was emerging about how people impact the environment. So, the Democrat Nelson teamed up with a Republican congressperson and hired a young Harvard graduate student to serve as coordinator for a “national teach-in on the environment.” On April 22, 1970, Earth Day was born. The environmental movement began in earnest, elevating the importance of Resources for the Future’s work (begun 17 years earlier) to advance both a healthy environment and economic well-being.

In the 50 years since, much has changed. To reflect on the most consequential developments, we at Resources for the Future have crafted a timeline of significant recent environmental milestones. Our relationship with the environment has been shaped by legislative progress and research breakthroughs—along with swings in the regulatory pendulum and devastating disasters. It is a continuing story of researchers, political leaders, activists, the business community, and the public at large responding to changes in our environment and occasionally mobilizing for substantial changes in environmental, energy, and resource policy.

We will publish a full infographic of environmental milestones in the upcoming May issue of Resources magazine; here, we’re sharing a sneak preview. The timeline does not display the full cascade of executive orders, regulatory changes, and subsequent rollbacks that have come with changes in presidential administrations. And while executive regulatory action has become far more common in recent years than significant environmental legislation, some of the milestones here (and the retrospective research that the upcoming issue of Resources magazine will feature) suggest that legislation can and does have a lasting impact.

September 27, 1962: Silent Spring, written by Rachel Carson, helps to mobilize environmentalism through her accounts of chemical pollution in the environment

September 1967: John Krutilla, an RFF fellow from 1955 to 1988, publishes the seminal journal article “Conservation Reconsidered” in the American Economic Review

January 28, 1969: Santa Barbara oil spill becomes the largest in US waters (though now ranks third, after Deepwater Horizon in 2010 and Exxon Valdez in 1989)

June 22, 1969: The Cuyahoga River lights on fire and makes the news

April 22, 1970: 20 million Americans—at the time, 10 percent of the total population of the United States—take to the streets during the first Earth Day

December 31, 1970: Amendments to the Clean Air Act set in place the foundations of air pollution control in the United States today, consolidating enforcement authority in the newly created EPA

October 1972: Oregon becomes the first US state to enact a statewide beverage container deposit law with the Oregon Bottle Bill, which encourages recycling

October 1973: Oil crisis, during which the price of oil increases from $3 to nearly $12 per barrel

December 27, 1973: Endangered Species Act requires federal agencies to ensure that their activities do not jeopardize endangered or threatened species or their critical habitats

June 28, 1974: CFCs are implicated in the destruction of the earth’s ozone layer when related research is published in the journal Nature

May 1975: RFF's Marion Clawson publishes Forests for Whom and for What?, a book that elevates the profile of forestry issues and helps kickstart future research into forest economics

July 21, 1977: First oil delivered to the newly constructed Strategic Petroleum Reserve, in the amount of 412,000 barrels of light sweet crude

January 1979: Second oil crisis, during which the price of oil increases to nearly $40 per barrel

July 23, 1979: Charney Report is published as the first comprehensive scientific report on the relationship between CO₂ and climate change

June 1, 1981: RFF develops the “water quality ladder,” an intuitive ten-point scale that describes willingness-to-pay for water quality and can be easily understood by the general public

September 1982: Warren County PCB Landfill is created, cited by some as the spark that leads to the modern environmental justice movement

June 1983: Study shows that average blood lead levels in the United States have fallen by 37 percent between 1976 and 1980

April 26, 1986: Accident at the Chernobyl nuclear plant in Soviet Ukraine

May 22, 1987: Garbage barge Mobro 4000 is forced to return to New York after being denied harbor by numerous port cities in the Gulf of Mexico

November 15, 1990: Further amendments to the Clean Air Act—the last transformative piece of US environmental legislation passed—pave the way for cap-and-trade programs that have reduced pollution such as acid rain

October 24, 1992: Energy Policy Act of 1992 incentivizes clean and renewable energy, along with energy efficiency and conservation

January 1, 1996: Leaded gasoline is banned from use in most new vehicles in the United States

August 2002: Research in the Journal of the American Medical Association finds 11,700 fewer carbon monoxide–related deaths due to emissions declines under the Clean Air Act

January 2005: Launch of the emissions trading system in the European Union

July 11, 2005: The Millennium Ecosystem Assessment incorporates the work of experts around the world to evaluate global ecosystems and their contribution to human well-being

August 8, 2005: Energy Policy Act of 2005 promotes the construction of nuclear reactors in the United States

June 2006: China overtakes the United States as the highest emitter of CO₂ in the world

December 2007: US atmospheric SO₂ emissions declined to 50 percent of 1990 levels

December 2007: Shale gas reaches 5 percent of US production using fracking and other energy-extraction methods, which later leads to an oil boom

August 5, 2008: Emissions trading exchanges establish in Beijing and Shanghai, China, on the same day and within hours of each other

June 2009: The Waxman-Markey Bill, a proposal to curb greenhouse gases, fails to pass in Congress

December 7, 2009: Copenhagen Summit (COP15) inspires hope for climate action that ultimately does not materialize, except for an agreement to limit global warming to 2°C

April 20, 2010: Deepwater Horizon oil spill leaks 210 million gallons of oil into the Gulf of Mexico; a national commission tasks RFF with investigating the spill and recommending steps to improve the safety of oil-drilling operations

October 2012: Hurricane Sandy kills more than 200 and causes $70 billion of damage on US East Coast

December 2012: US atmospheric SO₂ emissions decline to 25 percent of 1990 levels

May 6, 2015: Atmospheric CO₂ globally exceeds 400 ppm for the first time on record

April 22, 2016: Paris Agreement adopted by 195 signatories aims to limit temperature increase in this century to 2°C 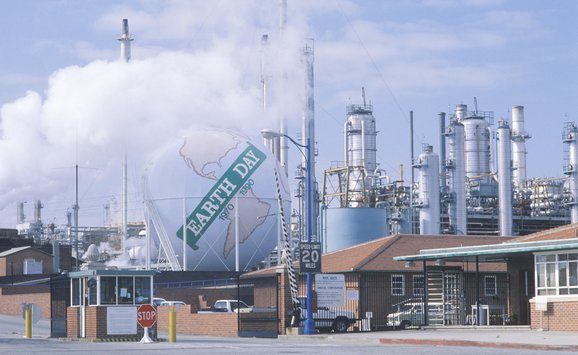 RFFlections: On this 50th Anniversary of Earth Day, RFF Scholars Reflect On How the Environment Has Shaped Their Work

Lessons from 50 Years of the Clean Air Act, with Maureen Cropper