The Consequences of Climate Change Are Already Visible in Siberia 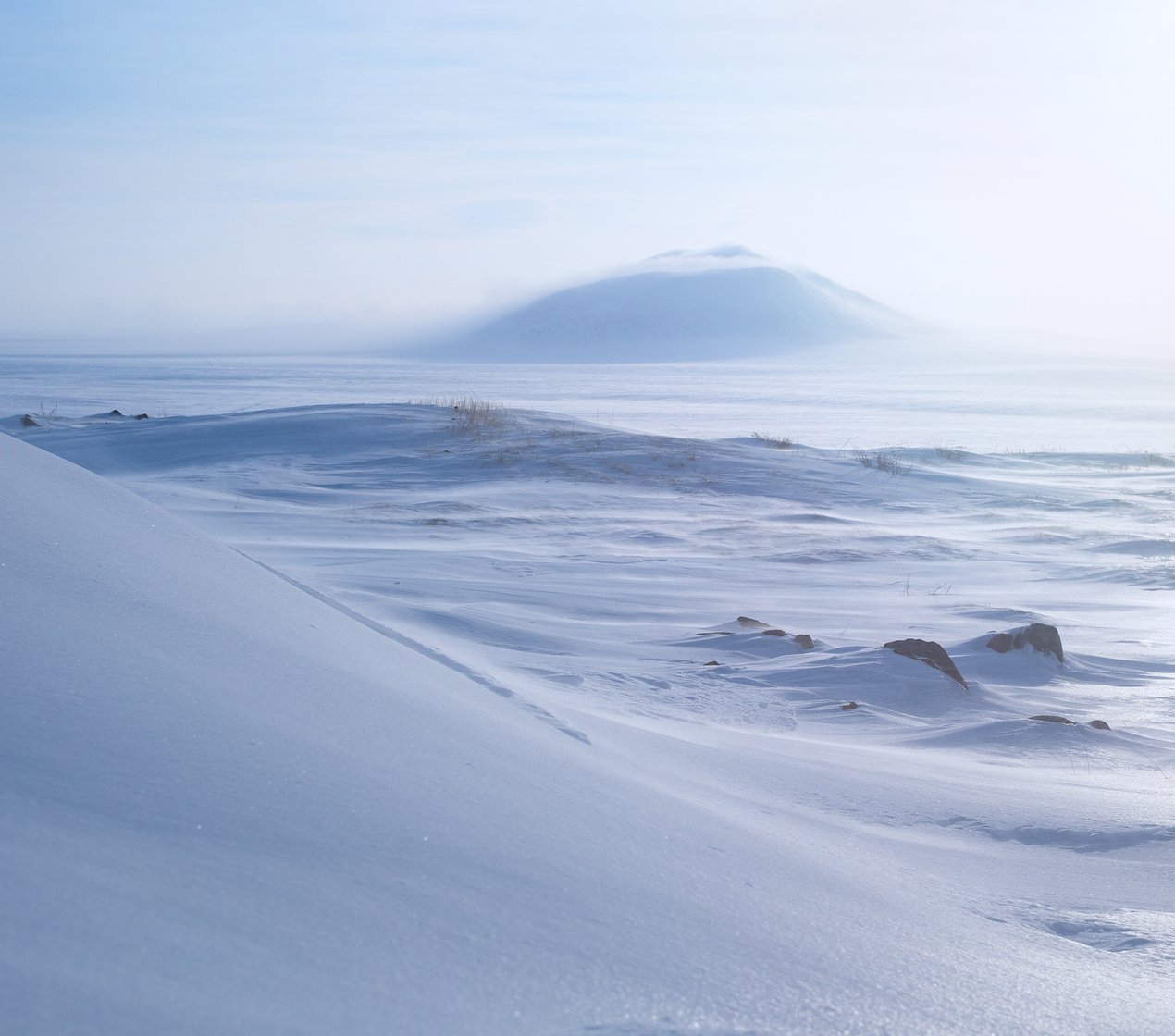 It’s not only about ice melting and rising temperatures. It’s also about a region that is being transformed dramatically by climate change. The way the Arctic is evolving comes with consequences for the environment, biosphere, international relations, and geopolitical balance. Scientists indicate that the recent heat wave in Siberia would have been virtually impossible without anthropogenic climate change. But how are these conclusions drawn, and how accurate is it to make these claims?

The word “Arctic” is seldom associated with images of sweltering heat. Yet in recent months, popular perceptions have changed. Everyone has heard about the record-breaking heatwave burning through Siberia. The high temperatures are melting permafrost, and air temperatures have hit up to 38ºC, breaking records in the remote town of Verkhoyansk that recorded the highest temperature ever in the Arctic.

In a 2019 report by the UN’s Intergovernmental Panel on Climate Change, the effects of rising temperatures are clearly reported: “Permafrost temperatures have increased to record-high levels … Widespread disappearance of Arctic near-surface permafrost is projected to occur this century as a result of warming (very high confidence), with important consequences for global climate.”

As permafrost thaws, it results in the release of greenhouse gases from the decomposition of organic material that had long been frozen and could release as much as 240 billion tonnes of carbon by 2100.

In the first six months of 2020, Siberia has experienced anomalously high temperatures—even when compared to the last decade—including a record-breaking 38ºC in the town of Verkhoyansk on June 20. The Russian Meteorological Service says that this measured temperature was the highest ever recorded beyond the Arctic Circle, with the World Meteorological Organization carrying out its own research to verify this.

The unprecedented heat has dire consequences for wildfires, melting permafrost, and the proliferation of pests. Overall, the six months between January and June this year were more than 5ºC warmer than average (1981–2010) over the study region. The heat wave has implications for a wide range of natural and human disasters, which has led President Putin to declare a state of emergency. Siberian forests have been experiencing wildfires because of the hot, dry conditions, which has led to the release of 56 megatons of CO₂ in June alone.

All this begs the question: What is causing these heat waves and record-breaking temperatures? According to scientists from the World Weather Attribution (WWA) project, which specializes in identifying the correlation between extreme weather events and climate change, the recent heat wave in Siberia would have been “almost impossible” without rising emissions. The report reveals that the heatwave observed from January to June this year was 600 times more likely due to anthropogenic climate change. Furthermore, record-breaking June temperatures, including that in Verkhoyansk, were also made more probable because of climate change. “Combining the values from the models and weather observations shows that for the large region, the same six-month hot spell would have been at least 2ºC cooler had it occurred in 1900 instead of 2020. For Verkhoyansk, maximum June temperatures increased due to climate change by at least 1ºC compared to 1900,” the study reads.

Dorotea Iovino, a CMCC oceanographer with expertise in numerical modelling, puts these numbers into context: “The WWA initiative gives further evidence of extreme temperatures occurring more frequently around the world in a warming global climate. Human fingerprints are found on recent disasters such as the Australian bushfires and record rainfall during Hurricane Harvey. The Arctic is one of the most rapidly warming regions on Earth: in some regions, the temperature rise is four times higher than the global average. The Arctic heat has triggered the rapid decrease of sea ice, the thawing of carbon-rich permafrost, and extreme wildfires. The WWA analysis finds with high confidence that, in a world without climate change, such extreme six-month average temperatures across Siberia would be expected only about every 80,000 years. Even for the current climate, such a prolonged heat wave would still be unlikely and expected to recur less than once every 130 years. But without rapid cuts in greenhouse gas emissions, these heat waves risk becoming more frequent by the end of the century.”

How Accurate Are These Findings?

“The large regional definition is relevant for most impacts, whereas the temperature record at an individual place can help people understand their local changing climate,” describes the WWA report. “From a scientific point of view, it is always useful to compare different ways to define an event in order to assess how much the results depend on the exact definition.” In the case of the WWA report, both the prolonged six-month heat and the record daily temperatures in Verkhoyansk during June 2020 have been strongly influenced by anthropogenic climate change. “While we are very confident that the large-scale prolonged event would have been essentially impossible without climate change, our confidence for the daily record at the individual weather station is much lower,” the report continues.

However, as Iovino is careful to point out, “This Siberian heat was also driven by a series of unusual meteorological events, including a blocking weather event. The WWA research looked into the synoptics of the Siberian events, but not yet the weather patterns that led to the event in detail or addressed if the frequency of those patterns is likely to increase. The potential influence of climate change on these weather patterns remains an open research question,” she explains.

In places such as Siberia, a hotter climate can have devastating effects—not just on the local wildlife and people who live there, but also on the world’s climate system as a whole, through phenomena such as thawing permafrost, reduced snow cover, and melting ice.

The current Siberian heat has contributed to raising the world’s average temperature to the second-hottest on record for the period January to May. In response, the EC European Commission and the European External Action Service came together on July 20 to establish a public consultation on the way forward for the European Union’s Arctic policy. The goal is to open a discussion about the European Union's Arctic policy due to the new challenges that are emerging, and how to tackle them, including though the use of the European Green Deal.

“The Arctic is a rapidly evolving frontier in international relations. Climate change is dramatically transforming the region, and increasing its geopolitical importance, with a number of players seeing new strategic and economic opportunities in the High North,” says Josep Borrell, the EU minister for foreign affairs. “We must ensure that the Arctic remains a zone of low tension and peaceful cooperation, where issues are solved through constructive dialogue. The European Union must be fully equipped to manage the new dynamics effectively, in line with our interests and values.”

This article has been reprinted with minor changes and permission from CMCC's Foresight.

An Anthropologist’s Take on Climate Change, with Susie Crate 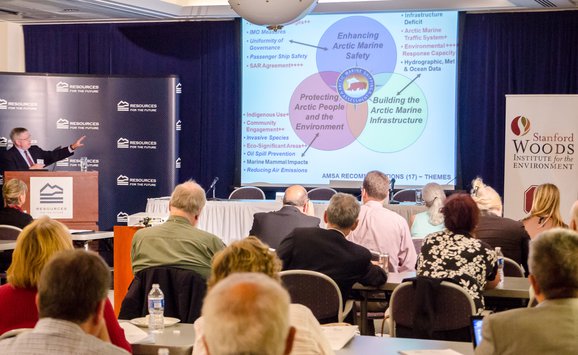 Shipping in the Arctic: Promise, Preparations, and Impacts 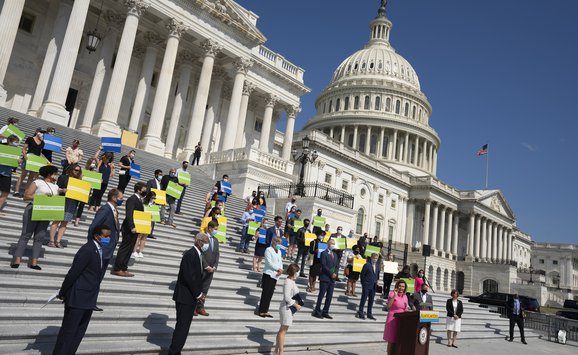 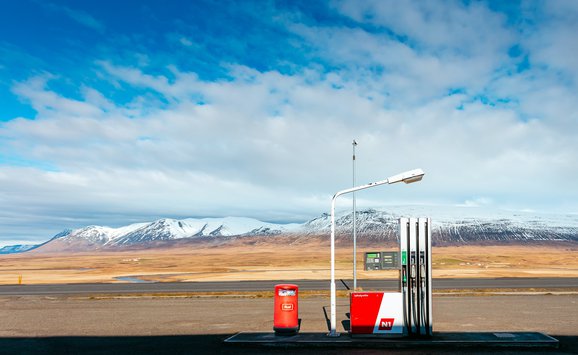