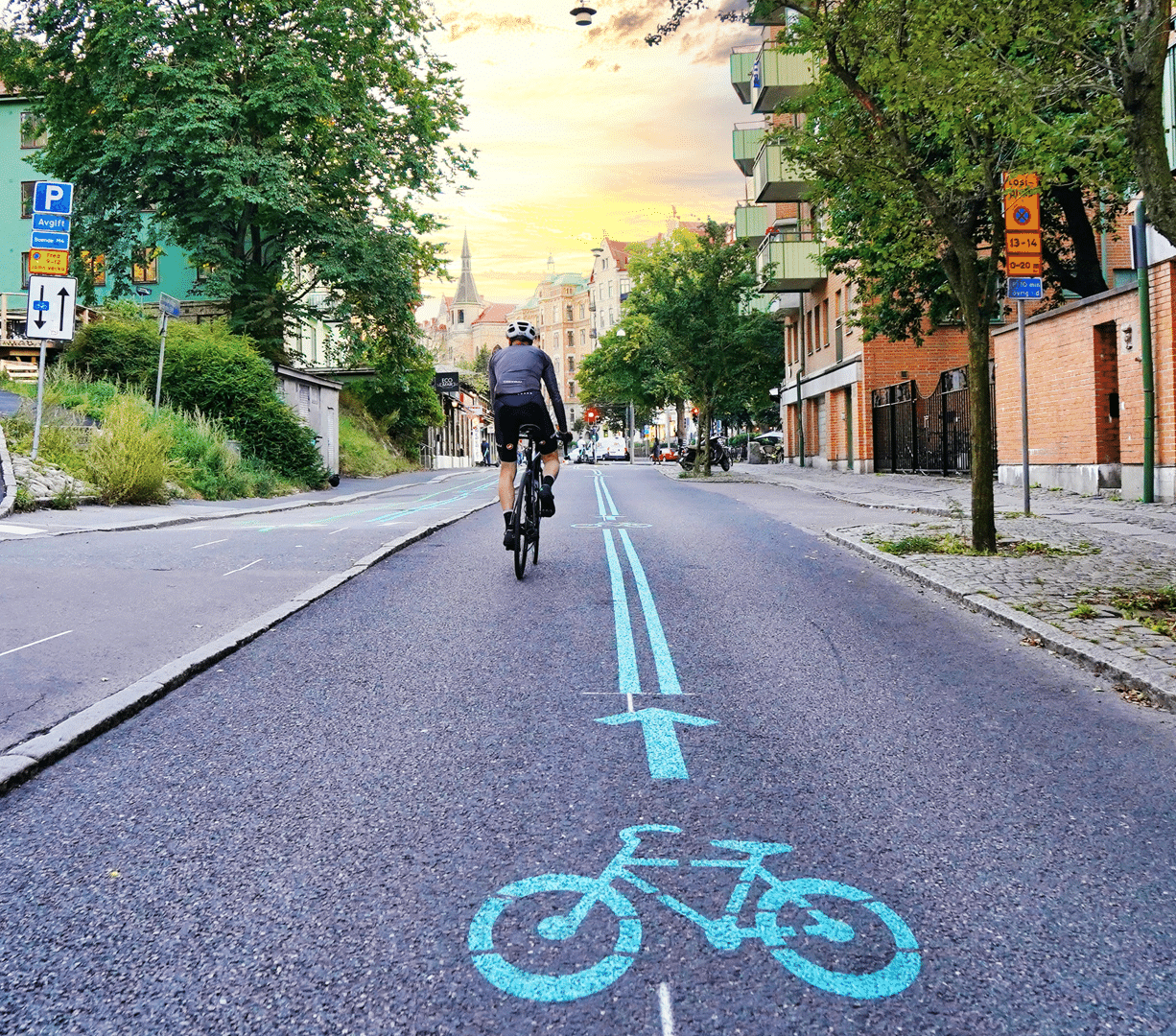 As Sweden aims for zero carbon emissions by 2045, the rest of the world can draw lessons from the country’s efforts.

A new Swedish research report involving 39 researchers from various institutions, including Resources for the Future (RFF), concludes that neither technological nor economic barriers preclude Sweden from achieving its 2045 net-zero climate goal—and decarbonizing the economy to mitigate climate change is urgent.

Sweden is an export-oriented economy with major industries that include motor vehicles, industrial machines, iron and steel, telecommunications, and pharmaceuticals. Consequently, lessons from Sweden can be important for reducing emissions in hard-to-abate sectors in other economies around the world.

The Swedish research program that released the recent report, called Mistra Carbon Exit, has studied entire value chains to inventory the industrial transformation that’s required for the transportation, buildings, and construction sectors to reach zero emissions. In some cases, the costs for removing carbon dioxide are high at the producer level. However, contrary to what is often claimed, the Mistra Carbon Exit research finds that the cost of the transformation passed on to consumers at the end of the value chain will be small in most cases—and small for the economy overall. Here, we summarize the findings reported recently in the Swedish newspaper Dagens Nyheter.

Sweden’s major cement and steel industries, which account for 18 percent of Sweden’s carbon dioxide emissions, provide illustrative examples. The investments required to make these materials climate friendly are very large and will indeed make the materials more expensive. The necessary investment will double the cost of cement, while climate-neutral steel will be 20–30 percent more expensive than the conventional product today. The effects further down the value chain, though, are marginal. For example, an apartment building with carbon-free cement would be just over $2,000 more expensive per unit, and a vehicle built of fossil fuel–free steel would be a few hundred dollars more expensive. These cost increases represent about half a percent. Other measures—such as using lighter or less dense construction materials—could even decrease costs.

Although neither technology nor economics stand in the way of achieving net-zero carbon emissions in Sweden, an overall strategy needs to link short-term actions and fast emissions reductions with the implementation of long-term, more expensive actions.

The investments required to make cement and steel climate friendly in Sweden are very large and will make the materials more expensive—but the cost increases for consumers further down the value chain are marginal, at just about half a percent.

One element of that strategy is the need for clear requirements in public procurement, with large government clients instructed to lead. Echoing recent work by colleagues at RFF, the Mistra Carbon Exit research concludes that, in the short term, public procurement requirements should ensure that the best available technology is used and that suppliers invest in new knowledge and technology. Equally important are training and support structures for both suppliers and customers. Success requires coordination throughout the value chain, which is especially important in construction, where great potential opportunities exist for utilizing more flexible, collaborative, and long-term procurement strategies that permeate all project activities. Midstream purchasers of basic materials must channel consumer preferences for green products, for example, creating niche markets for zero-carbon steel in car manufacturing that can help launch the industrial transformation while preserving the competitiveness of Swedish industry.

Developing technology for a flexible electrical system is also crucial, with a strong expansion of renewable electricity production in Sweden. An energy system with a large share of wind power and solar energy needs to handle large variations in supply; for example, through hydrogen storage, smart control of heat pumps, and vehicle charging.

Accelerating the transition of the transportation sector is essential. Although Sweden’s share of electric vehicles in new sales is among the highest in the European Union, that share must continue to increase rapidly. As in the United States, vehicle charging infrastructure must be made available to the general public, and better coordination is needed between the electricity and transportation sectors so that capacity shortages in local networks can be avoided. For heavy vehicles, shipping, and aircraft, electrification needs to be supplemented with other energy carriers.

Progress on electrification in transportation and buildings requires a big advance in regulations for batteries. From a global perspective, electrification of the vehicle fleet risks a shift in emissions from exhaust pipes to the production of batteries, if the transition takes place in countries with low levels of climate ambition. To ensure that the electrification of the Swedish vehicle fleet leads to maximum climate benefits, emissions along the entire value chain need to be quantified, reported, and possibly regulated.

Emissions pricing plays an important role in Sweden’s transformation. The cost of emitting carbon dioxide into the EU Emissions Trading System exceeds 90 euros (US$102) per metric ton. But additional support and instruments are needed. Emissions trading needs to be supplemented with regulation and investment to support transformative technologies that currently are too expensive to be justified solely by the price of emissions allowances. One example of a prohibitively expensive technology is carbon capture and storage, but such technology will be needed for Sweden to reach net-zero emissions by 2045.

Achieving net-zero goals at low cost also requires new financing and business models, along with conversion funds to reduce the risk of the large climate investments that must be made at the producer level, such as carbon-removal technologies. Sweden is well-placed to be a leader in achieving negative emissions; for example, by separating and storing biogenic carbon dioxide from the pulp and paper industry and from district heating plants. Today, however, no incentives are available for such investments, beyond commitments by the Swedish government to allocate funds in the budget. One viable approach for implementing incentives is a quota obligation in hard-to-abate sectors.

This new research by the Mistra Carbon Exit program in Sweden reaches conclusions that apply everywhere. Climate change will reduce employment in certain sectors, with variable consequences among sparsely populated areas and urban areas. Therefore, working toward an inclusive and fair transition will be crucial, and these considerations are an ongoing priority at RFF. At the same time, the transition will create new jobs, and a new global market for climate-smart products and services will emerge. The new research finds that the energy transition can lead Swedish industry to grow market shares internationally while creating benefits throughout society. Nonetheless, even as politics, business, and the public seem determined to transform in Sweden, several of the necessary conditions that we identify are missing. Attention to these conditions will help ensure that Sweden reaches its crucial climate goals—faster and at lower cost. 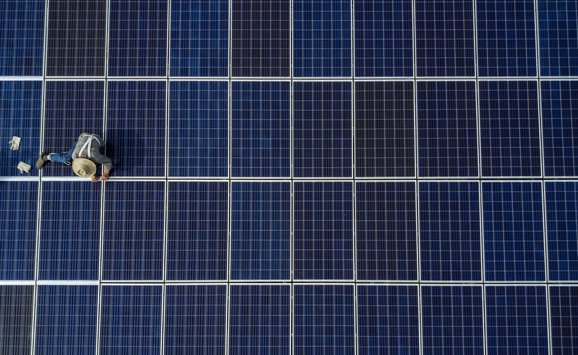 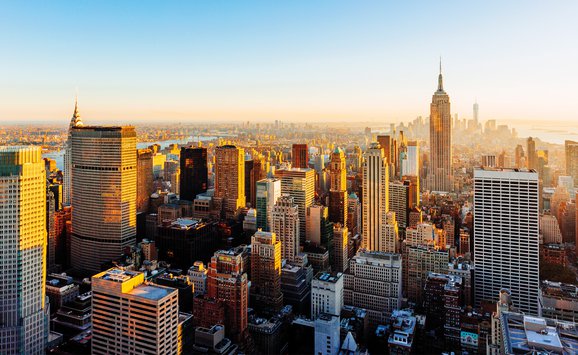 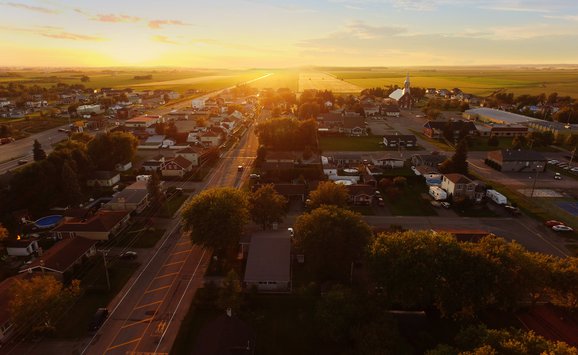