In their proposal to weaken US fuel economy and greenhouse gas (GHG) standards for passenger vehicles, one of the arguments made by the Trump administration’s Environmental Protection Agency (EPA) and National Highway Traffic Safety Administration (NHTSA) is that weakening the standards has the benefit of accelerating the turnover of the on-road vehicle fleet from older and dirtier vehicles to newer and cleaner ones. This is the first time the agencies have analyzed the effects of standards on total new vehicle sales and scrappage of older vehicles, which represents a step in the right direction for modeling the effects of the regulation. But as we explain here, because the agencies do not make other necessary steps, the agencies overstate the benefits of weakening the standards.

In their benefit-cost analysis, the agencies keep track of the fuel consumption, GHG emissions, local air pollution, and traffic accidents caused by all registered vehicles on the road. They focus on two scenarios, one with the current (that is, Obama administration) standards that increase through the year 2025, and a second, which the Trump administration favors and which freezes standards after the year 2020. The agencies compare outcomes across the two scenarios.

For any given vehicle, the agencies assume reasonably that both the amount the vehicle is driven and the probability it is scrapped depend on its age. In addition, tighter new vehicle fuel economy standards delay scrappage of old vehicles, a situation sometimes called the Gruenspecht effect (named after former RFF’er Howard Gruenspecht), and it occurs for two reasons. First, tighter new vehicle standards raise prices of new vehicles, increasing consumer demand for used vehicles and the prices of those used vehicles (see blog post #3 in this series for an explanation). Second, as this article shows and as we noted in last week’s blog post, vehicle owners are less likely to scrap vehicles that are more valuable on the used market. Many of us have owned what might be called an old “clunker” and we’ve been faced with the decision of whether to scrap it or sell it on the used market. If tighter standards raise the price we would get by selling it on the used market, we are more likely to try to sell it and less likely to scrap it. In other words, tighter standards raise used vehicle prices and delay scrappage of old vehicles. The same logic holds in reverse; weakening standards, as the Trump administration is proposing, reduces used vehicle prices and increases scrappage. Moreover, the agencies argue that scrappage responds more to standards than does total new vehicle sales, so that weakening standards reduces the total size of the onroad fleet.

There’s good evidence supporting the scrappage effect. But because the agencies analyze vehicle ownership and driving separately, they ignore the fact that scrapping one vehicle affects the amount other vehicles are driven. As the following example illustrates, this causes the agencies to overstate the benefits of weakening standards.

Suppose a household has two adults and two kids and owns two vehicles. One of those vehicles is fairly new, and the other is very old. According to the agencies, weakening the standards makes the household more likely to scrap the older vehicle. That makes sense, but the agencies also assume that if the household does scrap its vehicle, it wouldn’t change the way it uses its other vehicle. In reality, the household will probably increase the amount it drives the remaining vehicle. For example, with two vehicles, the household may have used one vehicle for errands and the other for commuting. But after scrapping the older vehicle, the household will use the remaining vehicle for both types of trips, and the household increases the amount it drives that remaining car, compared to the hypothetical in which the household didn’t scrap the older vehicle. The agencies don’t account for this increase in vehicle use, causing them to underestimate fuel consumption, GHG emissions, and traffic accidents in the scenario with weaker standards. In other words, accounting for the increase in driving would at least partly undermine the case for weaker standards. Note that in this example we’ve assumed that the household does not replace its scrapped vehicle, which is consistent with the agencies’ argument that weakening the standards reduces the total size of the on-road fleet.

A different type of problem is that the agencies do not explicitly model household choices among vehicles. Instead of modeling these choices, they make projections of future vehicle sales. Underlying these projections are implicit assumptions about consumer behavior. The agencies assume implicitly that consumers consider vehicle prices and fuel economy when choosing a vehicle, but not other attributes of the vehicle such as its size. Thus, if tighter standards cause some consumers to purchase light trucks instead of cars, those consumers are assumed to only care about the price and fuel economy differences and not about the differences in cabin size, cargo space, and other vehicle attributes. In addition, the agencies assume that vehicle prices and fuel economy affect the decision to purchase a new car, new light truck, or used vehicle, but that vehicle prices and fuel economy do not affect the choice of model within the car and light truck classes. Similarly, fuel economy is assumed to affect the choice of car or truck class, but not the choice of model.

We are not aware of any economic research supporting these assumptions. Rather, prior research has concluded emphatically that vehicle prices and fuel economy affect consumer choices of individual vehicle models.

The assumptions on vehicle choice may also cause the agencies to mis-estimate the fuel and GHG savings from tighter standards. Tightening standards raise vehicle prices and fuel economy, and may affect other attributes such as horsepower. In turn, these changes in prices, fuel economy, and other attributes may affect vehicle choices. For example, some consumers may decide to buy large rather than mid-size cars. Because the fuel economy requirements that the regulations set depend on the vehicle’s size and class (car or light truck), the agencies’ questionable assumptions about consumer choice harms the accuracy of the estimated fuel consumption and GHG savings.

In general one might expect that more information is better than less. While the agencies deserve kudos for trying to model scrappage decisions, their partial approach overstates the case for weakening the standards. And the questionable assumptions about consumer choice harm the accuracy of their benefit-cost analysis. Future research would be needed to determine whether a full approach and better assumptions would overturn the agencies’ case for weakening the standards.

Bridging the Data Gap in Oil and Methane Emissions, with Arvind Ravikumar 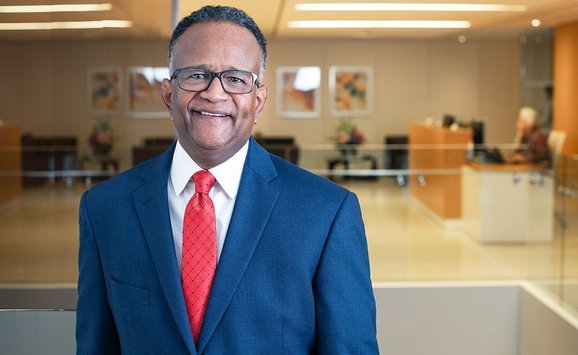