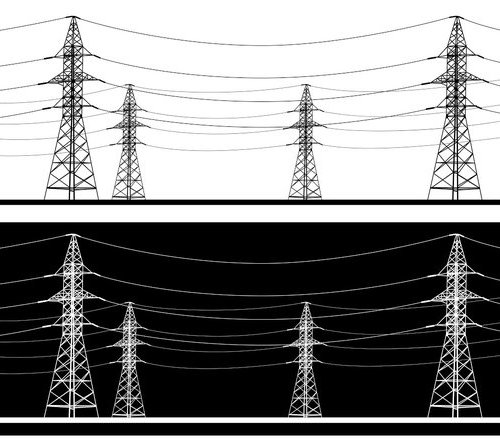 Managers of wholesale energy grids face two problems. One is the possibility of blackouts due to an unexpected spike in demand or generator failure. A second is that rules capping electricity prices when demand is pushing the limits of supply can prevent generators from obtaining revenues sufficient to cover their capital and operating costs. Most, but not all, of these grid managers, known as “regional transmission operators” (RTOs), have elected to address these problems through capacity markets. In such markets, RTOs hold auctions in which generators bid an amount per unit of capacity (megawatts, or MW), obtaining the price large enough for the supplied capacity to meet the RTO’s forecasted capacity needs.

Where capacity markets have been adopted—and I offer no opinion here on whether they are the best way to meet reserve requirements or supply “missing money” created by price controls—many generators have expressed the following concern. Some states subsidize generators in their states. These subsidized generators consequently reduce their bids to provide capacity. These reduced bids, in turn, reduce the price of capacity that non-subsidized generators would have received, and some who might have sold capacity absent the subsidies are priced out of the market altogether.

Many RTOs and the Federal Energy Regulatory Commission (FERC) regard this as a problem to be solved. For example, PJM has a proposal that, as I understand it, works as follows. First, it holds a capacity auction in which both subsidized and non-subsidized generators offer bids. Those with accepted bids are obligated to provide capacity when PJM requests it. PJM then removes bids from the subsidized units to find the higher capacity market price in had those state-subsidized units not participated in the auction. It then pays that price to non-subsidized units who made accepted bids in the first part of the auction. It also pays the difference between this higher capacity price and the bids of generators who did not have accepted bids but that would have cleared the market had the subsidized units not bid, to ensure that they still have incentive to place bids; however, these generators are not under obligations to provide capacity.

Kathryne Cleary and Karen Palmer at RFF have discussed whether PJM overstates its need for more capacity and understates contributions from renewable generators and the merits of PJM's solution to this problem. My question is whether PJM or a similar RTO has a problem to solve. My answer is no, at least on policy grounds based on economic efficiency. The only way an RTO can justify intervention is to determine that the state’s subsidies are not economically justified. I doubt that independently judging state policies is part of an RTO’s mandate—unlike, one might expect, obtaining capacity at least cost to the electricity consumers it nominally represents.

To see this, begin with a thought experiment. Suppose the capacity of a generator in some state creates benefits within the state, but there is no market failure—that is, those who reap those benefits can pay the generator for installing the capacity that creates them. These payments reduce the capacity costs of that generator and thus reduce its bid into its RTO capacity market. In that sense, their capacity costs really are low, and the capacity market auction outcome is efficient—just as if the outcome is efficient because one type of electricity generation saw lower costs due to lower fuel prices, as has been the case for natural gas in recent years.

Now, vary this thought experiment in just one way: the side benefits are still present, but there is a market failure that makes it impossible for the beneficiaries to pay the generator for capacity. When markets don’t exist, subsidies to generators, roughly equal to those benefits, can take their place. (Raising taxes to pay for these subsidies creates costs to consider, but that’s a side issue.) This is the same justification for imposing taxes when an activity creates costs that lie outside the market, such as pollution.

These subsidies essentially take the place of the private payments in the initial thought experiment. They would have the same effect on capacity markets, but the eventual effect is efficient, just as the outcome was efficient with equivalent direct beneficiary payments. So, on economic efficiency grounds, there is no reason to alter the outcome of capacity markets just because the capacity bids are reduced by subsidies rather than by direct payments.

Why? Would PJM had done so if the other generators had lower costs because they produced benefits that people paid for in a market? Presumably not. Then why do so because of a market failure that requires subsidies in place of those direct payments?

One answer is that PJM regards these subsidies as market distortions rather than as measure of third-party benefits. Now, political scientists and economists have long understood that policies in general and subsidies in particular may not be based on benefits that markets should but cannot reflect. Less clear is whether PJM based its decision to modify capacity markets on an independent analysis of the merits of the subsidies, or simply decided that it needed to compensate other generators on the basis of those subsidies. PJM does recommend not counting as subsidies economic development or relocation incentives, or revenues from sales of renewable energy credits purchased free of state mandates or subsidies.

If the former, a good question is why PJM should substitute its judgment on the merits of the subsidies for those of the states that supported them. For a longer discussion of some of these issues, see a recent report from NYU's Institute for Policy Integrity. That authority rests with the voters in that state, not an RTO. Moreover, even though PJM’s policy does not change the market outcome—which generators are obliged to meet capacity—the required payments will likely distort some market because of the need to increase prices.

These observations all imply that there is no efficiency-based justification, in terms of correcting a market failure, for PJM’s capacity market plan or any similar RTO plan. The plan essentially just uses PJM’s economic power over the electricity markets in its area to provide subsidies to generators that it deems deserving.

This points out something instructive about RTOs. Were their fiduciary duty to electricity consumers, the goal would be to obtain capacity at the least cost. That instead they perceive a need to increase profits of generators suggests that their fiduciary duty is to the generators. This is not surprising. The policy justification for RTOs was to prevent discriminatory access by separate generation ownership from control of transmission. However, the generators still own or are significant stakeholders in RTOs, perhaps explaining why the RTOs are modifying capacity markets on their behalf.