Do Our Social Institutions Affect Our Personalities? 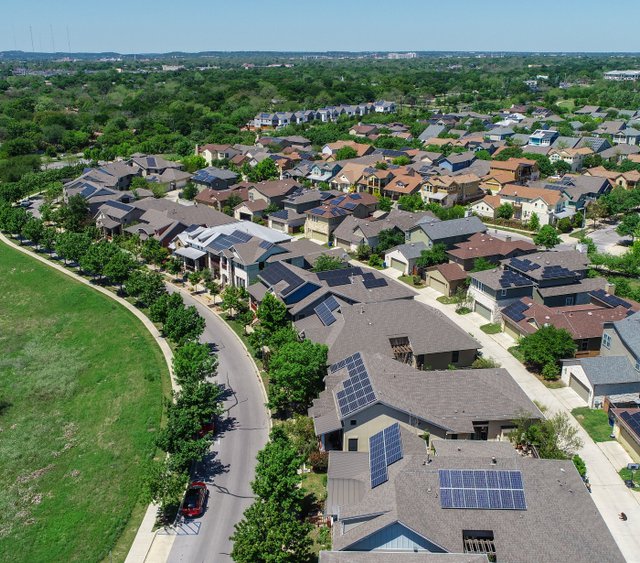 The strength of our environmental desires is of central importance to developing efficient and effective environmental policies. Over the next several weeks, we’ll be hosting a conversation that explores whether environmental desires are changing and what that means for environmental economics and policy. This is the sixth post of eleven in the series: Are We Becoming More Environmental? Reflections on Trends in Environmental Desire. This series is a result of an RFF New Frontiers Fund award for thinking creatively about pathbreaking research to advance RFF’s mission.

Institutional economists study the ways in which alternative forms of interaction affect social behavior. For example, they explore differences between modern market economies and more traditional gift or barter economies, or compare behavior under capitalist, patriarchal, and communistic forms of exchange. The conventional way to make these comparisons is to look at how institutions affect the allocation of resources. For example, capitalist systems empirically produce more efficient, productive economic behavior than communist systems.

But many institutional economists also consider the ways in which institutions, in the words of Samuel Bowles, “influence the evolution of values, tastes, and personalities.” Because institutions affect how we interact with each other, might they not also affect how we learn, whom we emulate, and the degree to which we trust and cooperate with others?

As an example, consider how living in a modern, market-based economy might affect personality and culture. A defining feature of a modern market economy is a reliance on strong property and contract laws. These laws give us confidence that agreements will be honored and we’ll “get what we pay for.” Absent such laws, societies rely on more personal mechanisms to get people to follow through on their agreements. In such societies, one’s personal reputation for trustworthiness and generosity, or vengefulness if wronged, plays a more important role in social transactions. In effect, contract law and personal reputation are institutional substitutes. The question is, does living in a law-based versus personal reputation-based culture lead us to have different personalities? In laboratory settings, anonymity (akin to the more impersonal interactions associated with modern markets) has been shown to decrease cooperation in prisoners’ dilemma and public goods games. Or, think about the often repugnant behavior and commentary exhibited in anonymous online forums. Put crudely, are the denizens of modern capitalism forgetting how to be trustworthy, generous, and punitive of wrongdoing because our legal and market systems act as substitute for such personality traits?

Broadly speaking, we find the hypothesis that market institutions are fundamentally changing our personalities unlikely, in part because impersonal market exchange has yet to invade all aspects of our lives. Trust, generosity, and interpersonal deterrence and punishment remain rooted in our family, social, and community lives. We exercise those “personality muscles” every day. In politics, too, whether domestic or global, it is as easy to see choice, values, and strategy framed in personal terms—trust, generosity, fairness—as is it to see the pure logic of market exchange.

Finer aspects of our institutions and culture, however, clearly influence our desires. Bowles gives the example of how the changing role of women’s participation in the workforce influenced desires over family size and feminist values. Girls growing up today likely become adults with very different desires than girls growing up several generations ago. In subsequent blog posts, we will discuss the idea of trying to change desires as a policy tool and when such an approach might be appropriate.

On a related note, some observers’ express discomfort with environmental economics and its adoption as a way to frame environmental problems and solutions. The argument that economics is changing our environmental personalities has two prongs. First, that focusing on the economic value of natural resources emphasizes nature’s utilitarian value over its more important intrinsic value. The argument is made that focusing on the benefits of nature to people undermines the moral argument that nature must be preserved for its own sake. Second, that focusing on market-based conservation incentives encourages us to think of natural resources as property that can be bought and sold, and thereby lost or destroyed should its loss or destruction be convenient. For instance, if we are valuing the pollination and water quality benefits a forest provides, if those services are no longer needed or can be provided by other means, economic arguments could justify cutting down the forest.

In the words of philosopher John Foster, “Does the currently favored discourse of sustainability and natural capital, dependent as it is on explicit economic valuation of the natural environment, really represent a positive valuing of nature? . . . Or does it constitute a further, more insidious stage in its progressive devaluing?” As practitioners, we see little evidence that utilitarian, property, and market-driven analysis and recommendations crowd out value-based environmental arguments.

Instead, we’d argue that utilitarian and intrinsic values are not necessarily mutually exclusive. Society can and does value nature both for its contributions to our more utilitarian needs (food, shelter, recreation, industry) and as a source of intrinsic spiritual, cultural, and biological value. Arguments that everyone has a right to a basic amount of clean water, for example, can go hand in hand with arguments that water use should be priced in order to promote conservation. And remembering to turn the lights out to “do our part” to reduce emissions does not replace the need for a price on carbon. At best, and appropriately so, value-based arguments complement political decisions driven more by philosophical, emotional, and ethical considerations.

That said, we note research that challenges our general conclusion. The most well-known is the Haifa day care center experiment involving parents of preschool-age children. Sometimes a parent would be late to pick up their child, requiring the staff to stay longer to watch the child. The preschool thus set in place a penalty fee system, in which parents were charged when they were late. Counterintuitively, this made parents late more frequently, not less. The conclusion drawn by the study’s authors is that the fine shifted the parents’ view of being late from a social calculus—being on time is part of being a nice, polite, and respectful parent—to a financial calculus—being late requires a tradeoff of the value of the extra time with the cost that must be paid to the preschool.

Up next in the series: Can We Measure—and Predict—Changing Environmental Desires?

5. What Changes our Environmental Desires? The Impacts of Social Norms.