The centerpiece of Europe Union’s climate policy, the cap-and-trade Emissions Trading System (ETS), is being hobbled by a large oversupply of emissions allowances in the market. Since 2008, the ETS has rapidly accumulated a two gigaton surplus of allowances. The oversupply of allowances and low level of emissions is the result of a number of factors, including the economic downturn, the influence of complementary policies such as feed-in tariffs for renewable energy and carbon taxes in several member states, an influx of certified reduction credits from international offsets, the banking of allowance leftovers, and the early auctioning of next-phase allowances.

The surplus has created a problematic decline in the price of emissions allowances, which dropped as low as €2.81 in April 2013. Through the fall of 2013, prices hovered near €5, recovering somewhat to near €7 in early 2014. Low prices are generally good news, but the current prices in the market are an order magnitude lower than the estimated €32 to €63 needed to motivate investments necessary to achieve the European Union’s emissions reduction target.

If this situation looks familiar, it’s because almost every previous cap-and-trade program has overestimated the costs faced by firms, causing initially high prices to fall once participants built up allowance reserves and familiarized themselves with the market.

What to do? Revising emissions targets or retiring allowances could help ease the system’s imbalances, as could extending the scope to other sectors and limiting access to international credit. But these options would introduce new information and change the balance of supply and demand in the market, creating uncertainty for investors eyeing future price trends. Market participants would have to be closely connected to the ongoing bureaucratic conversation if they want to anticipate the future direction of the allowance market. That situation poses a number of adverse incentives and has the appearance of being less fair. But another option exists, which deserves more attention—a price floor, which maintains stability by automatically adjusting to market changes.

A price floor would be enforced by introducing a reserve price (minimum price) in allowance auctions. When a market clearing price dips below the price floor, a portion of allowances is held back from being sold; this restricts supply and supports healthier, more stable market prices. A price floor is generally considered an important feature of good auction design. In fact, as my son pointed out to me, this is the same mechanism that one sees on eBay, where a seller can introduce a minimum price for bids that will be considered.

Detractors of the price floor idea have mischaracterized it as a tax, but it is certainly not a tax. A large portion of emissions allowances in the EU trading system are still given away for free, and they would not be affected. In fact, recipients of those allowances would benefit from the price support for their value as an asset in the allowance market. Regulators do not have an incentive to see the price floor bind, because it limits the auction of allowances and revenues that are collected in those auctions. And the price floor should not be binding most of the time; if it is binding consistently, that should be taken as a signal by regulators that the market design needs to be adjusted.

One of the biggest benefits of a price floor is its nondiscretionary and rule-based approach, which helps markets to better anticipate future changes. Because it can automatically adjust the strictness of its parameters without waiting for administrative action, a price floor offers more transparency than many alternatives. The mechanism also encourages participants to invest in low-emitting technologies by ensuring the minimum value of emissions reductions. It potentially supports the recirculation of auction revenue toward research and development or innovative investments while mitigating the impact of interference from complementary policies (for example, feed-in tariffs for renewables adapted by individual member states in the European Union).

The European Commission is currently considering the adoption of a policy that is in some respects similar to a price floor, but is more administratively complicated without corresponding benefits. A January 2014 proposal by the European Commission suggests creating a price stability reserve that would be triggered by the liquidity in the market. The proposal is refreshing because it appears to be rule-based, and less discretionary—similar to a price floor and a step in the right direction for the EU because it provides a basis on which market participants can plan for the future. Each year, regulators would look back two years to observe the difference between allowances that have been issued and that have been surrendered to cover emissions. The difference constitutes the allowance bank. If that bank grows above a maximum amount, a portion of the allowances to be introduced to the market in the current year would not be made available, and they would be added to a reserve. Otherwise, if the bank falls below a minimum amount, additional allowances would be drawn from the reserve and added to the market. The allowances would not ever leave the market, but their availability would be made flexible to adjust the liquidity, with the hope that this will influence the allowance price path.

The European Commission has taken a constructive step in considering the introduction of a price stability reserve. The commission is seeking input on this proposal and is expected to make a decision by the end of this year. The price stability reserve approach is trying to do indirectly, by triggering adjustments on the basis of market liquidity, what a price floor would accomplish more directly. As a design principle, a trading program for a government-created intangible asset such as emissions allowances should be as transparent as possible in order to garner public acceptance and support. The stability reserve introduces unnecessary complication into the trading program. The better approach would be a price floor. Both approaches would bolster prices and reduce variations in allowance values, but a price floor could prove to be a more efficient fix for the EU’s current ETS surplus problems, leading to more predictable and cost-effective outcomes.

This post is based on ongoing research by Burtraw and his colleagues, Åsa Löfgren of the University of Gothenburg and Lars Zetterberg of IVL Swedish Environmental Research Institute. 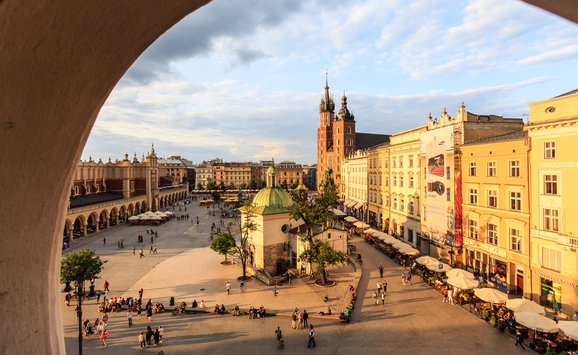 Poland's Energy Transition Offers Strategies for Shifting Away from Fossil Fuels, Even in a Changing Energy Landscape