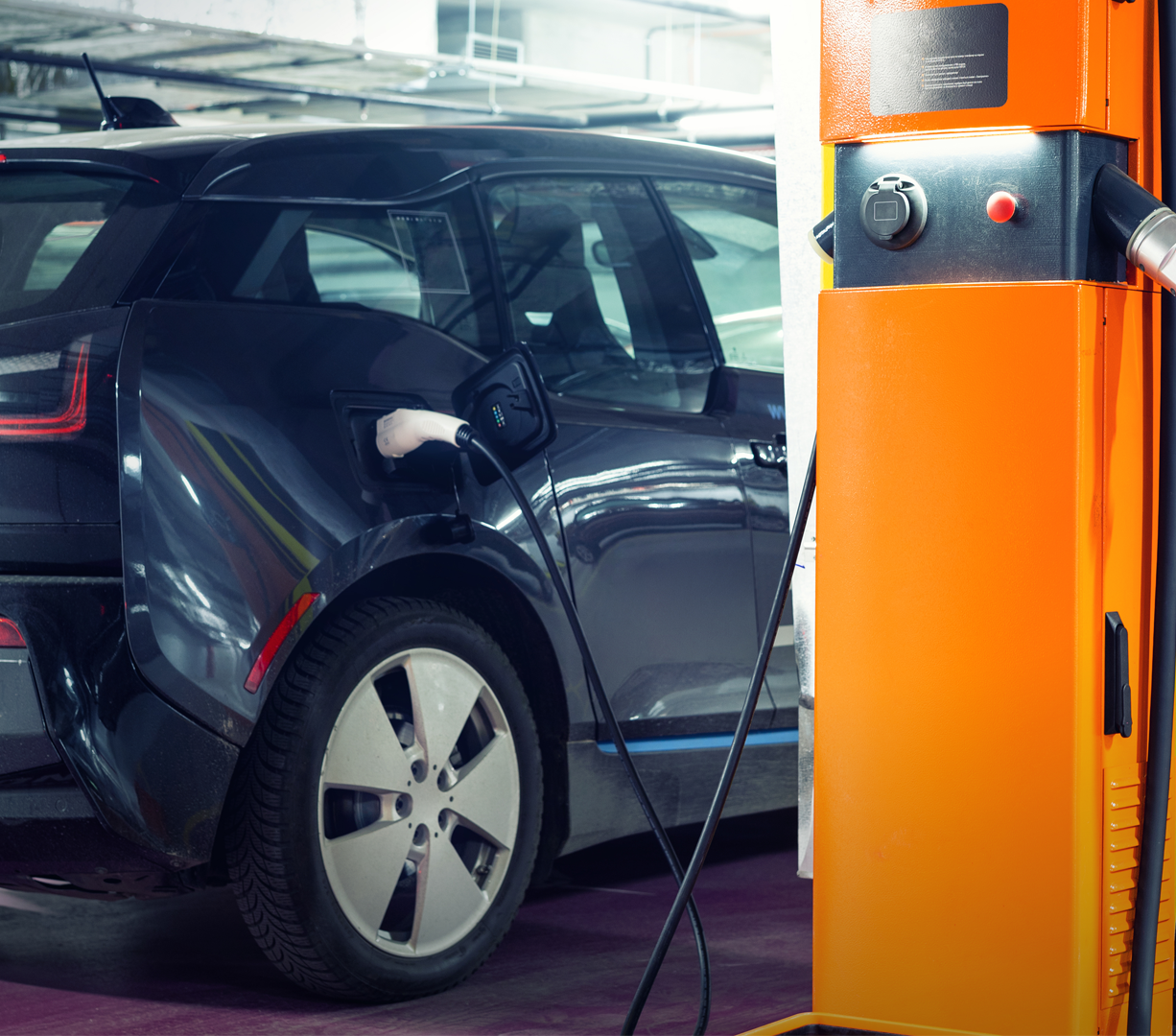 The Inflation Reduction Act works to expand the tax credit for electric passenger vehicle purchases. However, some of its key clauses are likely to make it harder to take advantage of the credit for at least a few years.

If you have been in the market for an electric vehicle (EV), the federal government’s EV tax credits have been limiting in a couple of ways. First, many of the manufacturers that make EVs already had reached their cap on the number of vehicles eligible for the subsidy, meaning that many potential car buyers have not been able to take advantage of the $7,500 tax credit. Another challenge was that many lower-income individuals either didn’t have enough tax liability to take advantage of the full credit, or were in the market for used vehicles and so were ineligible to participate.

The Inflation Reduction Act (IRA) has significantly changed the way this tax credit is applied to vehicle purchases. However, while some of these changes expand the number of people who may be eligible for purchasing EVs, other changes in the bill make it more difficult for most car buyers to take advantage of the incentive.

We’ll explore all these changes below.

The IRA passed in the US Senate last Sunday; if it passes a vote in the US House of Representatives, then the act will proceed to the president’s desk and become a law. So, let’s start with the ways in which the IRA would make the tax credit more accessible to more consumers.

The first way in which the IRA would expand implementation of the tax credit is through the removal of the manufacturer-level cap, which until now has limited the number of vehicles eligible for the full subsidy to 200,000 per manufacturer. This means, for instance, that buyers on the market for lower-cost EV models, such as the Chevy Bolt from General Motors, once again will be able to take advantage of the credit. The one limitation is that credits under the IRA expire after 2032, meaning that we have 10 years of incentives ahead of us.

Tax Benefits at the Point of Sale

The IRA also benefits lower-income individuals who previously didn’t have enough tax liability to take advantage of the full $7,500, as well as those who don’t want to wait until April to get the refund, by allowing these buyers to take advantage of the tax credit at the point of sale. This means that the credit can be transferred to the dealer, which then is required to apply a reduction of $7,500 on the sales price. Research has shown that in cases like these, most, if not all, of the incentive is passed through to the vehicle purchaser, meaning that the manufacturers and the dealer generally do not raise the base price of the vehicle in response to the available tax credit.

It is worth noting that the price caps on used vehicles written into the IRA may end up being too restrictive, as the average used EV price in July 2022 was over $40,000. These high prices likely can be explained by high gasoline prices and current EV shortages in the new-vehicle market; as greater numbers of EVs come on the market and gasoline prices stabilize, prices for used EVs likely will decrease. Even over the past few months, about 18 percent of used EVs fell under the $25,000 limit.

The changes listed above will help expand the incentive effect of the EV tax credit over time and across different groups of individuals. However, other changes to the program, as listed in the IRA, may limit the accessibility of the credit.

Prior to the IRA, any household would have been eligible for the EV tax credit. This broad eligibility led to the incentives being regressive, in that higher-income earners have tended to claim these credits to a greater degree than lower-income earners. However, high-income households are not the ones that most need the financial support in purchasing a vehicle. My Resources for the Future colleague Josh Linn has pointed out that imposing income caps on the credits would help to more effectively target these policies at individuals and households for whom the credit would more likely make or break their decision to buy an EV.

The IRA would do exactly that: Tax credits would now be limited to households making no more than $300,000. For single-filing taxpayers, the income limit is now $150,000. And for the used-vehicle tax credit, the limit is more stringent: aggregate household income cannot exceed $150,000. These income limits help make the tax credits more economically progressive by preventing higher-earning households from taking advantage of the incentive.

To further ensure that the tax credits are going to those who really need the incentive, the IRA would restrict the tax credit for high-priced EVs. Specifically, car buyers are unable to take advantage of the incentive if they want to purchase a car that costs more than $55,000, or an SUV, van, or truck above $80,000. This new provision results in many vehicle models being excluded from the tax credit, as the average new EV purchase price was over $56,000 in November 2021. Given the current challenges in the EV supply chain, EV market prices may continue to rise in the short term, thereby further reducing the number of eligible models during the next couple of years.

In an effort to ensure that the tax credits boost the domestic manufacturing of vehicles, the IRA would exclude imported vehicles from the incentive. But this rule applies in some counterintuitive ways: Some foreign companies, such as Toyota and Honda, use domestic manufacturing to build a substantial portion of their vehicles sold in the United States. In fact, 70 percent of Toyota vehicles sold in the United States are manufactured in North America. Conversely, some US-branded companies, including Dodge, Ford, Buick, Chrysler, Jeep, and General Motors, build a portion of their vehicles in other countries. For example, the Jeep Renegade is built in Italy, Brazil, and China, with mostly foreign parts. For the purposes of the tax credit, the IRA would treat these US-owned—but foreign-built—models as imported vehicles that are not eligible for the tax credit. Conversely, foreign-owned models built in North America would be eligible.

An EV battery contains various critical minerals, including copper, nickel, and lithium, the large majority of which the United States imports from countries such as China, Brazil, Chile, Australia, and South Africa. Only a small fraction of these critical minerals are extracted in the United States, and Australia, Chile, and China produce most of the lithium required for battery production. The reasons for this reliance on foreign resources include limited domestic reserves (currently, only one operational lithium mine exists in the United States), high costs of extraction, and concerns over the environmental impacts of mining on US communities.

The fact that US EV supply chains primarily depend on imports of critical minerals and batteries poses a significant challenge to the IRA’s EV tax credits as written. The legislation disallows tax credits for vehicles with a majority of battery components and bodies that are imported (or, crucially, imported from “foreign entities of concern,” such as China), but most battery manufacturing happens overseas. China alone hosts 80 percent of the world’s manufacturing facilities for lithium-ion batteries; the United States hosts only 5.5 percent. This requirement in the IRA reflects the federal government’s desire to encourage domestic manufacturing, mining, and recycling—and reduce reliance on countries where the United States has geopolitical concerns.

Specifically, the bill requires a percentage of the battery’s minerals and manufactured parts to be produced domestically (or by countries with fair-trade agreements, such as Chile and Australia), and increases that percentage every year—starting at 40 percent in 2023 and quickly ramping up to 80 percent in 2026. At the moment, most manufacturers do not have batteries that meet this requirement. In a recent joint venture, however, General Motors and LG Electronics created Ultium Cells, a company that will mass-produce batteries in the United States. Three manufacturing plants will be online by 2024, and these batteries use only a fraction of the cobalt generally required in EV batteries. Furthermore, in the spring of 2022, General Motors entered into a multi-year cobalt-purchasing agreement with Glencore, which sources cobalt from Australia, one of the countries listed in the US fair-trade agreement.

Requiring manufacturers to import their minerals and battery parts from fair-trade countries likely will congest supply chains and drive up some costs in the near term, at least until domestic battery-manufacturing plants are built and contracts with fair-trade countries have been finalized. Whether these short-term effects may cause the price of the resulting EVs to exceed the cost thresholds set in place by the IRA remains an open question.

Given the restrictions listed above, take-up of the IRA’s tax credits likely will be very limited in the near term. In fact, the Congressional Budget Office estimates small federal expenditures for the EV credits in the early years. Figure 1 translates the cost estimates from the Congressional Budget Office into the number of new and used vehicles per year that will claim the tax credit (assuming the full tax credit is applied to each sale). The numbers in the early years are quite low: only around 11,000 new vehicles and nearly 25,000 used vehicles are likely to be purchased with the available tax credits in 2023. In 2021, about 608,000 EVs were sold in the United States—which means that, if the projections from the Congressional Budget office are correct, in 2023 the tax credits would account for less than 2 percent of new vehicles sold last year.

What does all this mean for you as a car buyer? Until auto manufacturers in the private sector make significant changes to their manufacturing processes and resulting vehicle price points, you—and most other car buyers in the market for EVs—may need to forgo the tax credit if you want to go electric. 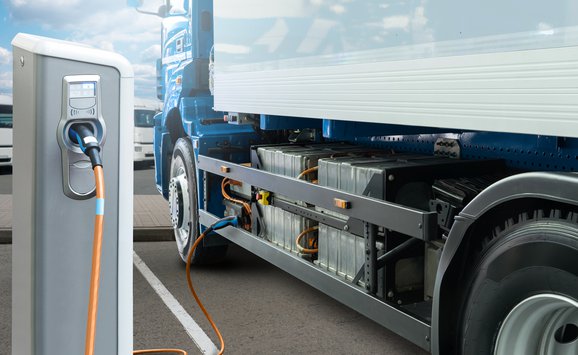 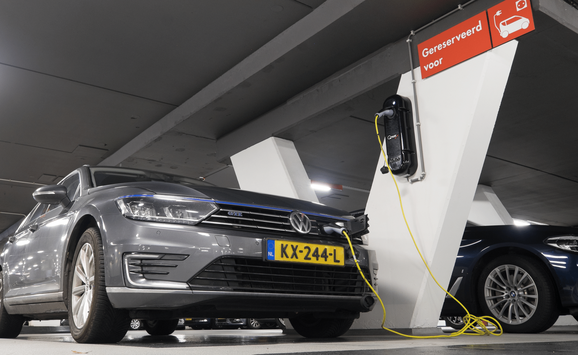