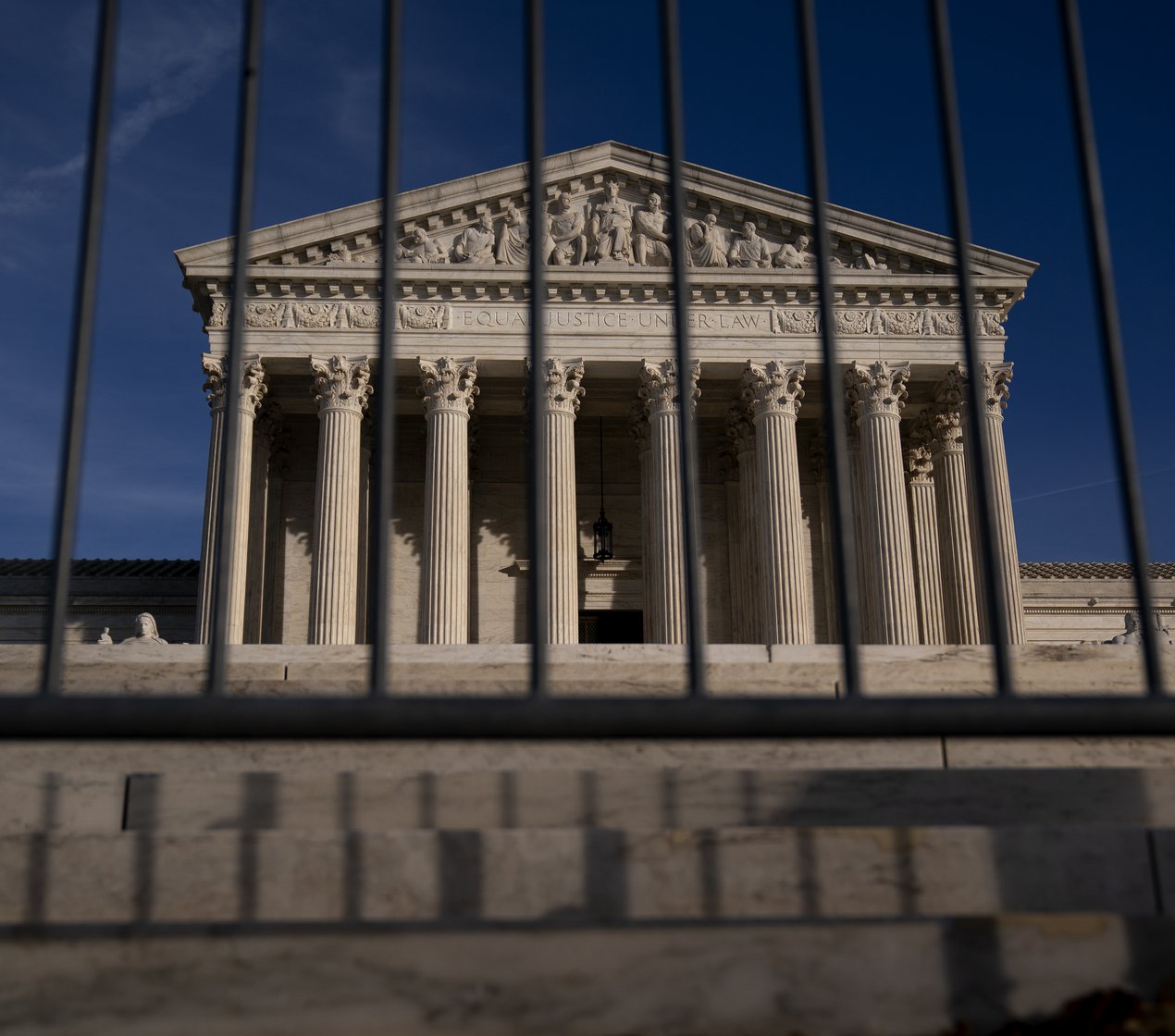 Joe Biden will be inaugurated amid great hopes for progress on environmental protection, especially related to climate change—hopes raised by Biden’s creation of a National Security Council position dedicated to climate issues. These hopes are perhaps not as high as before the election, when many believed a large Democratic majority in the Senate was possible. Nevertheless, the outgoing Trump administration’s environmental record is so poor that a change in the White House alone will open up major opportunities for progress in environmental policy, seemingly allowing for a return to something like the regulatory game plan of former President Obama’s second term.

Not so fast, say the cynics and lawyers (if there is a difference): the Trump administration’s true environmental legacy will not be its regulatory rollbacks or inaction on climate change, but a 6–3 conservative majority on the Supreme Court, which could block any significant new environmental policy and undercut some long-standing protections. Could bedrock environmental precedents like Massachusetts v. EPA and Chevron v. NRDC be at risk?

These fears are legitimate. And they are not limited to the environment—the court is likely to be a barrier to all kinds of policymaking. If you don’t take the court’s impact seriously, you aren’t paying attention: Just look at the fate of former President Obama’s signature policy achievements before a 5–4 Supreme Court. The Affordable Care Act has only barely survived, and the Clean Power Plan was dead on arrival. And with partisan gridlock likely to persist (pending the Georgia runoff elections), the court’s role will be magnified. As Dara Lind puts it, in the new system of checks and balances, “the executive branch makes policy, the judicial branch decides whether to stop it, and the legislative branch appoints the judges.” Even if this is an exaggeration, legal risk will loom over policy deliberations throughout the Biden administration.

But the Supreme Court’s power and influence should not be exaggerated. The six conservative justices cannot stop all environmental policy, and there is little evidence to show that they want to. It’s therefore worth exploring the justices’ views and examining what the court can and can’t do. What are the real constraints on the incoming administration’s environmental policy? Predicting hypothetical outcomes is a dangerous game. Nevertheless, some general principles seem clear.

The Supreme Court isn’t anti-environmental, but it is anti-administrative.

Battles thought settled for decades are being relitigated, such as the limits of congressional authority to delegate power to agencies. The court has been particularly skeptical of agency action that purports to find new regulatory authority in preexisting statutes, like the Clean Air Act. Innovative legal principles like the “major questions doctrine” and the presumption that Congress “does not hide elephants in mouseholes” have substantially constrained agencies and are likely to do so even more under a 6–3 majority. Cases that reject broad and flexible environmental policy are collateral damage, not the object, in these battles. In other words, the US Environmental Protection Agency (EPA) isn’t likely to lose cases because it’s introducing environmental regulations, but because it’s a federal agency that exerts significant power.

How far this campaign against the administrative state will go is hard to say. It will undoubtedly make any renewed attempt at implementing the Obama-era Clean Power Plan legally vulnerable. But the justices could go even further, potentially reinvigorating the “nondelegation doctrine,” which imposes constitutional limits on the power of Congress to delegate power to administrative agencies. No statute has been rejected on nondelegation grounds since the 1930s. Such a move was narrowly rejected in Gundy v. United States in 2018, but that was before Justices Kavanaugh and Barrett joined the Supreme Court.

The Supreme Court is less predictable than it was when conservatives had a slimmer majority.

A 6–3 majority can do a lot of things a 5–4 majority cannot. Most simply, it can survive a defection. Justice Roberts’s tenure as the decisive vote in narrow cases may be over: a defection by the Chief Justice (as in NFIB v. Sebelius, in which Roberts famously “saved” the Affordable Care Act) may no longer be enough to yield a majority holding. 5–4 decisions with Roberts in the minority are one possibility, but so are fractured decisions with no clear holding.

For example, In the UARG case in 2014, the chief justice skillfully used his authority to nominally side with the liberal justices and give EPA the substantive result it wanted, but he simultaneously assigned writing the majority opinion to Justice Scalia. That opinion substantially undercut the agency’s authority to regulate greenhouse gases under the Clean Air Act. If the same case were decided by a 6–3 court, the chief justice likely would not have been able to pull off such maneuvering. Perhaps the justices would have released a mess of discordant opinions, or maybe Justices Alito and Thomas—whose dissent in UARG called for the court to overturn Massachusetts v. EPA—would have cobbled together five votes. Something similar seems to have happened already in the court’s recent Roman Catholic Diocese of Brooklyn decision, in which it narrowly rejected COVID restrictions on religious services, over Chief Justice Roberts’s dissent. Before Justice Barrett joined the Supreme Court, similar restrictions had been upheld. The broader range of possible outcomes, even in areas thought long settled, makes it harder to predict exactly how the court will act on any given issue.

According to most legal observers, the two most significant environmental cases are Massachusetts v. EPA (which established in 2007 that greenhouse gases are “air pollutants” within the scope of the Clean Air Act) and Chevron v. NRDC (which granted agencies authority to interpret ambiguous statutes, known as “Chevron deference”). Justices Alito and Thomas have called for Massachusetts to be overturned, and Gorsuch and Thomas have said the same about Chevron. Do they now have the votes?

If push comes to shove, they might. But as I’ve argued in two recent papers (and a previous article in Resources magazine) I don’t think either case will be overturned. That’s not because the justices on record as opposing them will have a sudden change of heart, but rather because both cases have been eroded into near irrelevance. Their continuing reputation is undeserved. Massachusetts was severely undercut by the 2014 UARG decision and is probably still good law only for Clean Air Act regulation of greenhouse gases from vehicles. Chevron’s vaunted deference hasn’t helped agencies at the Supreme Court in years: agencies have won only three statutory interpretation cases since 2015, and Chevron deference mattered in only one of those. As one advocate put it in oral argument, Chevron has become a case lawyers “hate to cite” before the court. Why put in effort overturning either case when they are no longer consequential?

The double-barreled reality of Chevron’s demise and a possible return of nondelegation is a real challenge for any regulatory policy. If Biden tries to take major action under existing legislation (a revived Clean Power Plan, for example), then he will run into the court’s skepticism toward administrative power and aggressive retention of authority to interpret statutes. And if (somehow) Congress passes new legislation, that too will likely be interpreted narrowly or even rejected entirely on nondelegation grounds. This isn’t mere speculation, either: it’s effectively what has happened to the Affordable Care Act. Even if new climate legislation is politically possible, it may have to avoid significant delegation to regulatory agencies. That undercuts the long-term flexibility that has served environmental statutes so well and makes an already difficult political lift even harder.

All is not lost. The Biden administration can make real and important progress on climate and other environmental issues, despite the court’s 6–3 majority. Most obviously, simply not being the Trump administration is significant. Returning to long-standing environmental policy practices with secure legal foundations matters. The Biden administration could, for example, allow California to set more stringent vehicle emissions standards again, tighten rules on particulate matter pollution, and simply enforce existing environmental laws. All of these and other similar moves would significantly improve air and water quality and reduce carbon emissions.

Unfortunately, a return to business as usual is woefully inadequate for confronting the climate problem. One obvious option is to restore and extend the fuel economy standards that were put in place under the Obama administration and rolled back by the Trump administration. These, along with emissions limits for off-road vehicles, ships, and aircraft, are on relatively firm legal ground, unless the court is willing to overturn Massachusetts. A moratorium on fossil fuel leases on federal lands and waters is also less vulnerable to legal challenge, insofar as the moratorium is an exercise of executive discretion rather than administrative regulatory authority (though that line is thin).

Beyond these measures, legal risk for climate policy increases. Making a revamped Clean Power Plan the center of the administration’s climate policy might be foolish, but a simplified regulation aimed specifically at forcing coal plants to either close or get dramatically more efficient would reduce legal risk and force the court’s hand. If the court rejects such a rule on the grounds that climate-based Clean Air Act performance standards are outside EPA’s authority, then the door would reopen for federal nuisance suits against greenhouse gas emitters. (The court foreclosed such suits in 2011 on the grounds that they were preempted by the Clean Air Act.)

Alternatively, EPA could do a lot to limit coal production. The Obama administration already effectively banned new coal plants, and reinstituting that rule would be relatively straightforward. But if a Biden EPA were to make the small technical change of grouping coal and gas plants into a single “source category,” then all these plants would be required to meet the emissions performance of gas, something no coal plant could do. In the long run, the same approach might be used to force gas plants to install carbon capture technology. This approach has legal risk, to be sure, but not as much as the Clean Power Plan.

New climate legislation remains an elusive goal. It is hard to say anything useful about its prospects until after the Georgia runoff elections, but some legislative options, like a simple carbon tax or subsidies for renewables, would be relatively well-insulated from the court’s skepticism towards administrative regulation.

To be sure, all this does not add up to a cohesive and comprehensive climate policy agenda that anyone, from economist to activist, would devise. The Supreme Court is a very real and serious constraint on regulatory policy, but it cannot stop environmental and climate policy completely. A smart Biden administration will take that into consideration, accepting legal risk as the cost of keeping its options open. 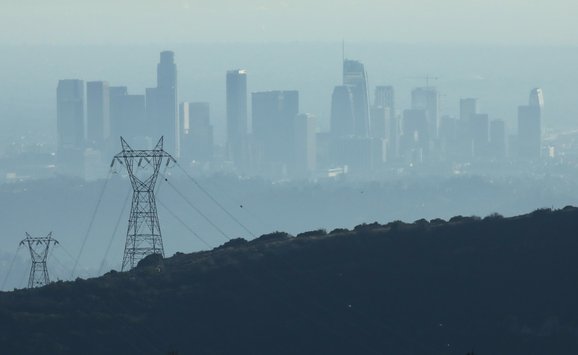 Biden’s Regulatory Agenda Will Go through the Clean Air Act 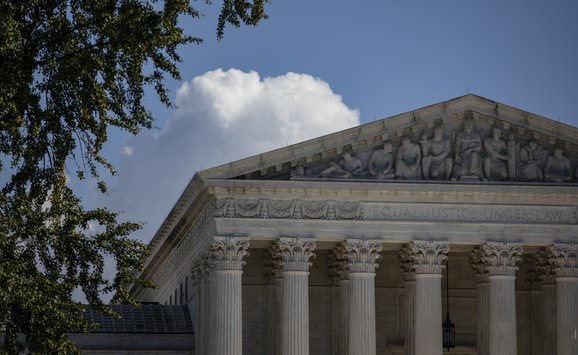