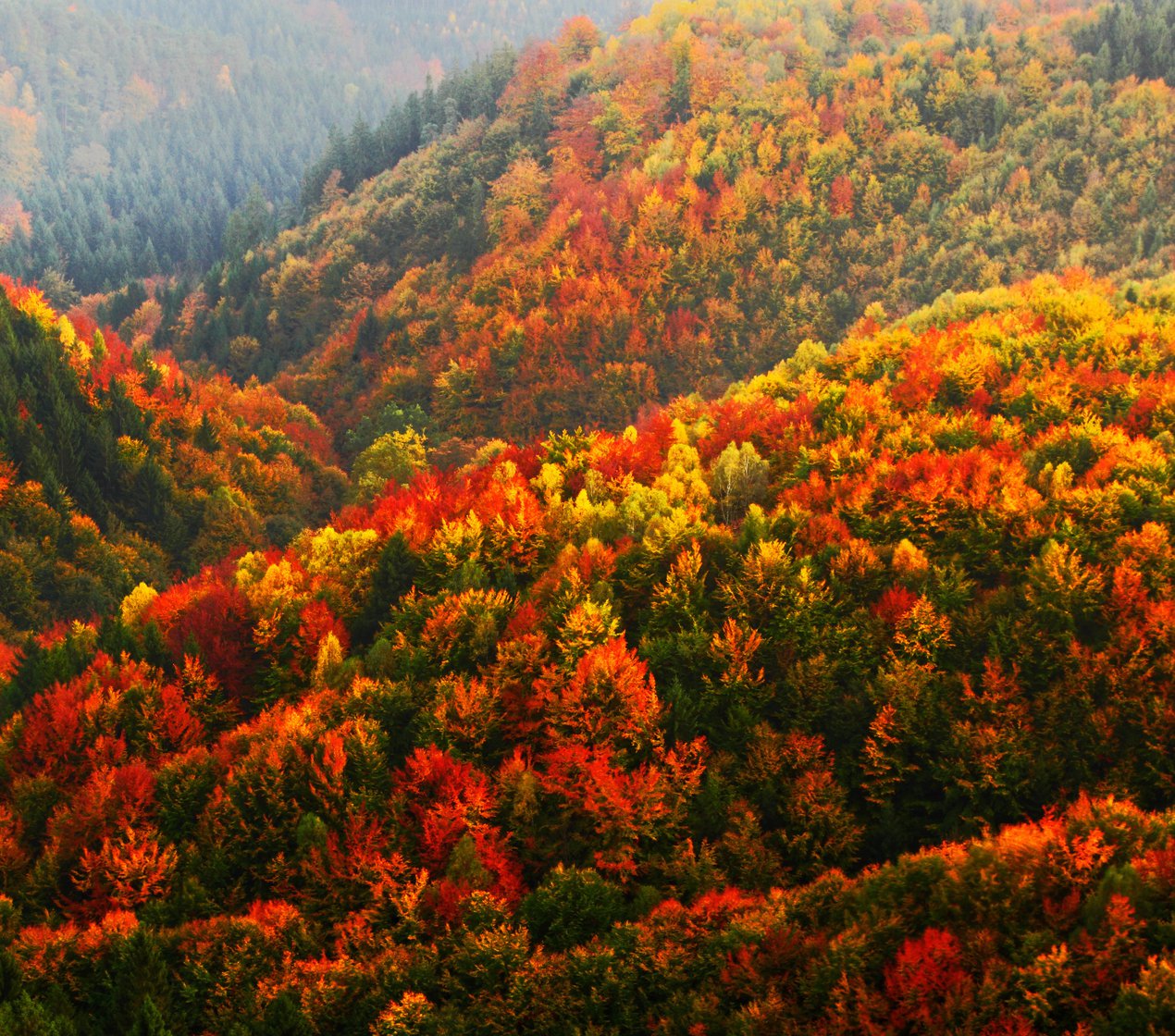 The World Economic Forum’s “One Trillion Trees” initiative is generating global support, inviting new questions about how best to manage forests and harness bioenergy as a tool for climate mitigation.

Last month, President Trump touted at his State of the Union address that the United States would join the global campaign. After floating plans for legislation that builds off the global initiative earlier this year, House Republicans also introduced the “Trillion Trees Act,” which sets new goals for American reforestation and expands a tax credit for companies that sequester carbon dioxide. And just yesterday, Senator Mike Braun—a co-founder of the Senate Climate Solutions Caucus—announced at a press conference that he would sponsor the Trillion Trees Act in the Senate. The legislation seems to recognize that while tree planting programs expand forests, markets for forest goods and services are needed to retain forests in working landscapes.

This global push to plant more trees opens up opportunities for future forest products, including increased use of forest bioenergy, which is already classified as potentially renewable in the European Union and United Kingdom. And while policymakers have much to consider before embarking on any policy shifts, presently vexing challenges are resolvable, and bioenergy is worth pursuing.

The Basics of Biomass

We elaborate on what forest biomass is and what role it can play in our energy system in a series of explainers, and Ann moderated a lively recent discussion about the role that forests can play in climate change mitigation at a recent RFF Live event.

As a primer, forest bioenergy refers to the energy generated from the combustion of wood or wood byproducts, which can include trees harvested specifically for the purpose of energy or tree biomass that would have otherwise been treated as waste. In the United States, forest bioenergy typically involves converting biomass to wood pellets, which are in significant demand because of expansive bioenergy markets in the European Union and United Kingdom.

The Carbon Output of Forest Bioenergy

The recent push to plant more trees rests on the fact that trees function as a carbon sink—so a rapid expansion in tree cover could have the effect of removing carbon from the atmosphere. But can forest bioenergy reasonably be considered low carbon? Scientists have mixed views.

Some say that, depending on how forestland is managed, forest bioenergy can be considered low carbon, carbon neutral, or even carbon negative. Underlying this assertion is the idea of a “closed carbon cycle,” which contends that a set amount of carbon naturally cycles between forests and the atmosphere. So, if a forest is utilized for bioenergy, and then regrown at the same size, no additional carbon is added to the atmosphere, because the regrown trees eventually act as a sink for carbon that’s equal to the amount of carbon emitted. Others contend that because forests can take decades to replenish themselves, the benefits of forest bioenergy are deferred beyond a useful policy timeframe.

These questions hinge on timing and land management. How long it takes a forest used for bioenergy to eventually reach carbon neutrality depends on how quickly it takes a particular species of tree to regrow. If a forest bioenergy market is especially competitive, prompting nearby agricultural land to be converted into a biomass plantation, then more trees are planted, there is a larger carbon sink, and forest bioenergy in that system can even be considered carbon neutral in the short term and functionally carbon negative over the long term.

These complexities pose challenges for the policymaking process, because they fail to give decisionmakers a clear signal that forest bioenergy is necessarily renewable or responsible. And as we’ll explain, the success of forest bioenergy is uniquely dependent on policies that incentivize its expansion.

Part of the reason that forest bioenergy is more widely used in the European Union and United Kingdom is because those jurisdictions price carbon; absent such mechanisms, forest bioenergy will struggle to outcompete coal or natural gas. Otherwise, the chief debates facing policymakers involve assessing the consequences of forest bioenergy: both the volume of emissions generated and the impacts of harvesting trees on ecosystem services.

The best ways to control emissions are to ensure that land used for harvesting forest biomass retains that intended purpose. The need for policymakers to get it right cannot be overstated: where there are strong market incentives for forest bioenergy, energy production typically expands quickly, as has happened across much of the southeastern United States. But if uncertainty plagues the policy, then forest bioenergy projects might be scrapped altogether, and these necessary carbon sinks might not be regrown.

These ambiguities do not suggest that bioenergy is too complicated to be worth pursuing; rather, they make clear that policymakers should have dependable metrics in place for discerning the environmental impacts of a biomass energy market. Two prominent approaches can account for these environmental impacts: the carbon-debt approach and the landscape approach.

The carbon-debt approach is the simpler of the two. This approach ensures that harvested areas are regrown—this way, the amount of carbon burned is functionally equivalent to the amount of carbon stored in trees afterward. A relatively easy way to implement this approach would be to impose regulations that ensure that all wood is harvested from forests that are certified as sustainable by established protocols or are from purpose-grown plantations. Still, this level of certification is uncommon for other types of timber harvesting, and certification is less accessible to small landowners.

The landscape approach seeks to address all changes in a local forest system—forest mortality, forest growth, changes in land use, and more—as a way to assess how a forest’s levels of carbon have changed over time. To investigate how forest bioenergy contributes to these changes, researchers compare the current situation with a counterfactual scenario estimating how the land would have changed absent a bioenergy market, or a “reference case.” A landscape approach ostensibly provides a more complete picture and, because it would likely stem from the government, would not impose new burdens on private landowners. Still, some object to the construction of a lone “reference case” to assess how a bioenergy market has impacted a local ecosystem, given the difficulty in assessing how expansive a forest “system” is and in choosing an ideal timeframe for analysis.

It is presently unclear how the Trillion Trees Act or other legislation focusing on reforestation might expand forests or incentivize bioenergy. These questions of sustainability, land management, policy design, and metrics of success don’t have easy answers—researchers themselves disagree about how bioenergy should be conceptualized and what types of policies are optimal for the sector’s success.

But it is clear that policymakers interested in bioenergy ought to be robustly considering the challenges we’ve outlined above, whether for the Trillion Trees Act or any other number of potential reforms. There are certainly underappreciated challenges ahead, but importantly, these can be overcome.

Finding a Future for Forests in Energy and Climate Solutions, with Robert Bonnie 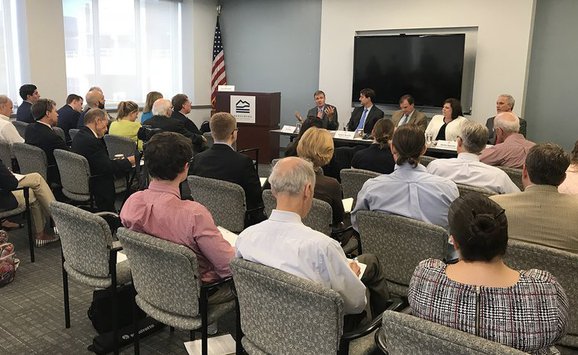 Seeing the Forests for the Carbon: Panel Looks for Opportunities and Obstacles 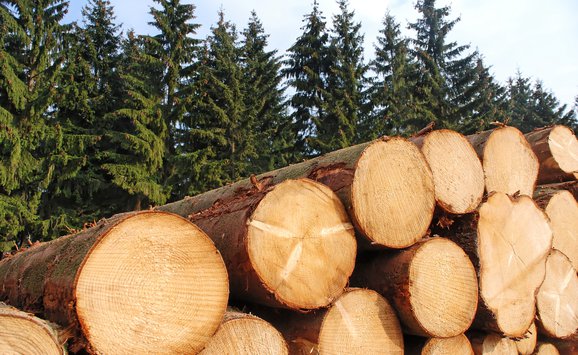 How Should Policymakers Respond to Shifts in the Secondary Wood Fiber Market? 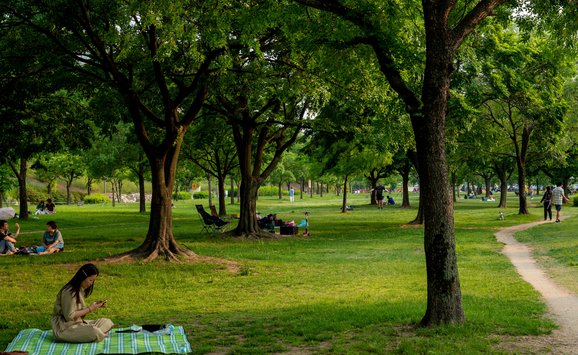 The Forests All around Us: Making Green Infrastructure Available to Everyone