Economists have long advocated putting a price on greenhouse gas emissions and substantially raising the federal gasoline tax. One of the key obstacles to these policies has been that they would impose a larger burden on low-income groups. How can market-based environmental policies be designed to overcome their adverse distributional consequences? 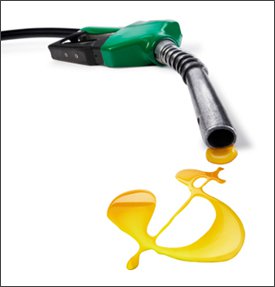 The cost advantage of market-based approaches to environmental policies over traditional command-and-control regulation is widely accepted. By placing a price on emissions, environmental taxes and cap-and-trade systems provide incentives for emissions reductions in many different channels throughout the economy. For example, tightening fuel-economy standards would lead to more fuel-efficient cars, whereas raising gasoline taxes would provide a similar improvement in fuel efficiency but would also provide an incentive to drive less. Consequently, a gas tax can achieve a substantially larger reduction in gasoline consumption at the same cost to the economy.

However, policymakers have shied away from market-based approaches in cases where they would have significant impacts on the prices consumers face. U.S. fuel taxes are very low by international standards; indeed, federal fuel tax rates have been constant since 1993 and have fallen since then when adjusted for inflation. Similarly, there has been strong opposition to putting a price on emissions of carbon dioxide and other greenhouse gases.

One key obstacle to more widespread use of market-based approaches is that they are often regressive: for many polluting goods, low-income consumers spend a bigger portion of their budget on the polluting good than do high-income consumers. Thus, the burden of a tax that raises the price of one of these goods will be borne disproportionately by lower-income households. In such cases, it may not be enough simply to show that a policy is justified on cost-benefit grounds alone; addressing distributional objections is also important.

One possible response might be to follow a cost-benefit approach, but to count costs for different income groups differently (for example, counting a dollar of costs for a low-income person the same as ten dollars for a high-income person). For a regressive policy, this procedure will raise the assessed costs and imply that the optimal policy will be less stringent. But this approach is unsatisfactory, because it makes the choice of how much to count the costs of any particular income group very arbitrary.

But that cost could be offset by cutting income tax rates (and/or increasing government transfers), using some of the revenue raised by the increased gas tax in a way that would particularly benefit lower-income households. The resulting combined policy would then affect households of all income levels equally.

This approach recognizes that using the tax and transfer system to compensate for the burden of an environmental tax is a much more efficient way to address distributional concerns than is altering the regulation itself in a way that makes it less efficient. Devoting a portion of the revenues from an environmental tax to provide such compensation ensures that no income group would bear a disproportionate burden, and does so in a way that still preserves consumers’ incentives to reduce consumption of polluting goods.

Transfers like this might well increase the costs of environmental regulation, relative to what those costs would be if the same amount of revenue were used to cut taxes equally for all income groups. Economists typically find that the economic efficiency gains from increased work effort and savings tend to be larger for an across-the-board tax cut than for a cut specifically targeted at lower-income households.

Consequently, the estimated optimal gas tax will be lower than it would be if the tax were simply set to maximize economic efficiency without regard for distributional effects. And the same would be true for other policies that would have a similarly regressive distribution of costs and benefits.

However, there is still a strong case for higher environmental taxes. For example, in a 2007 paper, Sarah West and I estimated that the efficiency-maximizing gasoline tax rate for the United States is approximately $1.38 per gallon (in 2009 dollars). Modifying that analysis to take distributional effects into account, by analyzing a gas tax increase together with a compensating income tax change, leads to a significantly lower estimate of the optimal tax: approximately $1.22 per gallon. But even that lower estimate is still far above current U. S. gas tax rates, which average roughly 38 cents per gallon.

Similar results are likely to apply for other pollution taxes and environmental regulations, such as a tradable permit system for carbon dioxide or for local air pollutants. In many cases, the distribution of the costs of regulation is regressive, which means that regulation should be somewhat less strict than what a simple cost-benefit analysis might indicate. But this effect is modest; such regressive effects can be offset through the tax and transfer system at relatively low cost. In short, distributional effects need not pose a serious problem for environmental policy, if the political process allows adjustments of the broader tax and benefit system to compensate for higher energy prices.