In April, we wrote a blog post responding to the Trump administration’s announcement that it was preparing to weaken the fuel economy and greenhouse gas (GHG) standards hammered out in 2011 by the Obama administration. We argued then that although some things have changed since those vehicle rules were established, the agencies should not simply roll back standards, but pursue a strategy to ensure steady long-term reductions in passenger vehicle GHG emissions to address the threat of global climate change.

Now, the Trump administration is proposing to freeze the fuel economy and GHG standards at model year (MY) 2020 levels until MY 2026 (the standards are set based on model years, which typically begin in the Fall of the preceding calendar year). This is an abrupt change from the Obama standards, which would have continued reducing emissions. Given current policies, this change would increase greenhouse gas emissions during that period and beyond. Fuel economy regulations were first established to reduce fuel use for more energy security (this rule would increase fuel use in new cars) and then concerns about climate change became an additional consideration (this rule would increase GHG emissions). The Trump administration downplays the GHG benefits of the Obama standards and claims that those standards would increase traffic accidents.

We will issue a series of blog posts discussing various aspects of the new proposal and the cost-benefit analyses underlying it.

The Trump administration’s modeling, inputs, and underlying assumptions behind the analysis of this new rule are quite different from those behind the analysis of the earlier rule finalized in January of 2017 at the end of the Obama administration. EPA models, assumptions, and focus on greenhouse gas emissions reductions tended to dominate the earlier analysis of the proposed rules for 2021 to 2025 MYs. The current proposed rule under the Trump administration uses models developed by National Highway Traffic Safety Administration (NHTSA) to evaluate benefits and costs. The NHTSA analysis emphasizes the effect of the new rule on fuel use, vehicle miles traveled, and accidents by the entire fleet. The effort to set standards for vehicles has always been plagued by the problem of having two masters—improving fuel economy on the one hand and reducing GHG emissions on the other. The two are closely linked, but the agencies that regulate them have different jurisdictional authority and perspectives. What is needed is a unified effort to address the societal costs of consuming fuel with clear goals and consistent modeling and analysis.

To its credit, NHTSA attempts to expand the scope of the benefit-cost analysis, which could improve the accuracy of the evaluation. For example, NHTSA has introduced a dynamic stock model that includes effects of the rule not just on new vehicle technologies and costs, but on the number of new and used vehicles predicted to be on the road and how much they are driven. The model also allows for variation in the mix of cars and light trucks in the fleet in response to changes in the rule.

However, while expanding the scope of the analysis is good in theory, in reality there are important questions about both the way the model is used and the underlying assumptions. For example, the analysis finds that in going from the Obama rule (stricter standards each year through MY 2025) to the Trump rule (no change in standards after 2020), the overall size of the vehicle fleet falls even though new vehicle prices are lower. On its face, this is inconsistent with economics. Further, NHTSA predicts that total vehicle miles travelled also falls during this period, appearing to assume that households choose how many miles to drive their vehicles independently of the number of vehicles they own. This assumption is also inconsistent with economics. The agency is arguing that looser standards decrease the size of the on-road fleet and decrease total driving. We’re not aware of any real-world evidence supporting this argument. These new elements of the model are key because they result in significant reductions in external costs (such as congestion) and increases in safety from the change in vehicle ages and decreased driving under the proposed new rule.

In addition, changes in how and when new technologies are introduced may have a significant effect on estimates of total technology costs. In the current NHTSA analysis, the technology costs are predicted to be more than two times higher for the Obama standards than the Obama analysis predicted for its rule in 2016. However the per vehicle costs in the new assessment are only about 50 percent higher ($1300 vs. $1950 in 2016 dollars). The NHTSA analysis provides some explanations for why these per vehicle costs might be higher, but it is not clear why total technology costs would be so much higher.

Another issue is that innovation and induced technological improvement are not addressed in either administration’s analysis, except for the inclusion of simple assumptions about cost reductions over time for certain technologies. In fact, in the NHTSA analysis, emerging electrification technologies are currently assumed to have higher costs than under previous modeling efforts. And, under the analysis for the proposed standards, there is virtually no adoption predicted for any electrification technology, from the use of “mild” electric changes to the powertrain to full hybrid electric and plug in electric vehicles during the 2021 to 2028 timeframe. But, improvements to these emerging technologies will continue only with innovation and scale. There could be significant stranded costs associated with standards so lax that production of these electrification technologies stops altogether.

In future blogs we will address other topics related to the proposed freezing of the standards, such as the effect of gasoline prices on fuel economy standards, assumptions about greenhouse gas emissions and other air pollutants, and the possible use of a safety valve if there is concern over high costs of meeting the standards. 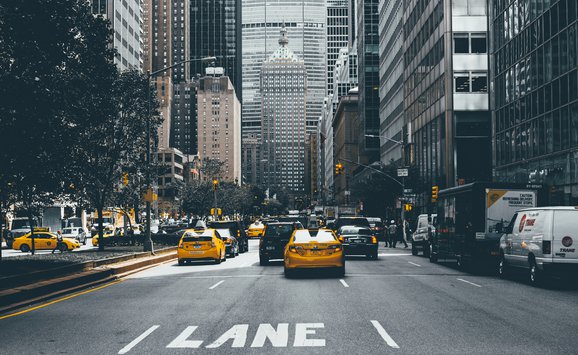 Why All the Talk about Gas Prices and Fuel Economy Standards?