The Role of Infrastructure in DC's Flash Flood Risk

A major rainstorm moved through the Mid-Atlantic states on Monday morning, causing extreme flooding throughout the Washington, DC, area and Baltimore. It was one of the most severe and unanticipated rainfall events in DC’s history, with more than 4 inches of rain recorded in a single hour. To put that in context, rainfall totaled 3 billion gallons of water and amounted to nearly a month’s worth of rain. At the official weather station at Washington’s Reagan National Airport, 2.2 inches fell in a span of just 35 minutes, exceeding the rainfall more typically associated with tropical storms.

From the sixth floor offices of Resources for the Future (RFF), torrents of rain could be seen overflowing sewers and pooling on streets and playgrounds. The rainfall at the height of rush hour caused severe flooding along commuter roads in Virginia and Maryland, where creeks and streams overflowed banks by up to 10 feet in the span of an hour. Fortunately, thanks to water rescue teams in places like Montgomery County, Maryland, there were no reports of drownings, although numerous cars were washed off roads in the deluge. Closer to the heart of the city, some Metro stations and tracks resembled water theme parks as leaks and flooding poured rainwater into the underground tunnels.

Ultimately, this was an infrastructure issue and, more broadly, a cost issue.

Water systems can’t be cost-effectively built to handle all rain events, and Monday’s downpour was simply too much for the city’s water system to handle. Aging water infrastructure is an issue that will resonate for most US cities, but the reality is that it costs a lot to upgrade these systems in most places, and funding is a constraint on action.

Urban areas like the DC metropolitan area are especially vulnerable to severe rainfall, because impervious surfaces—roads, buildings, parking lots, etc.—leave rainwater with nowhere to go, turning streets into streams and overwhelming the design capacity of the drainage system.

The Washington-area municipal water authority, DC Water, is known for its active and effective storm water program and has invested billions of dollars in projects like the Anacostia River Tunnel Project, in part to deal with water quality issues when storms overflow the drainage system, and spew untreated sewage into streets. In Monday’s storm, the Anacostia River Tunnel reportedly captured 170 million gallons of combined sewage that otherwise would have flowed directly into the Anacostia River. DC Water also acknowledged that about 50 million gallons (22 percent) of that rainfall and untreated sewage was not captured for treatment, but the Northeast Boundary Tunnel now under construction will add another 90 million gallons of capacity. In addition to large infrastructure projects, DC Water is well aware of the need to anticipate changes in precipitation patterns and is also creating incentives and working with landowners and developers to improve drainage and reduce the impact of the region’s impervious surfaces.

It’s also worth noting that climate change can lead to an increased frequency and intensity of weather events. While summer thunderstorms in DC are typical any year, meteorologists estimated that a rainstorm like the one on July 8 is a “100-year event” (meaning the odds of such an event are given at 1 percent) and they anticipate increased thunderstorm-driven damages due to climate change. The “100-year storm” of July 8th may become more of a “25-year storm” by the 2050s—representing an effective quadrupling of the anticipated frequency of extreme rainfall events.

At RFF, we are working with DC Water and other municipal water agencies on researching the water management challenges associated with growing population needs and a changing climate. Through our water resources roundtable series in five cities across the country, we spotlighted the need to invest in water and sewer infrastructure, and the challenge of managing the overlapping policy goals of drinking water, sewer, and wastewater while water governance is so frequently fragmented. 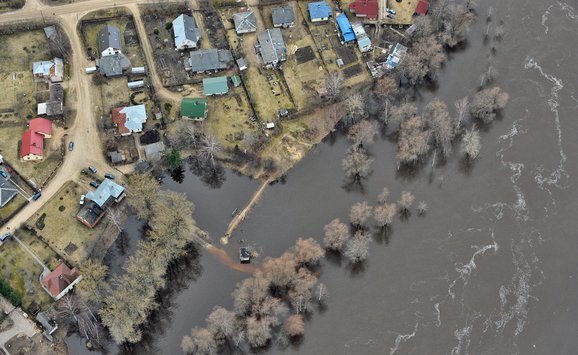 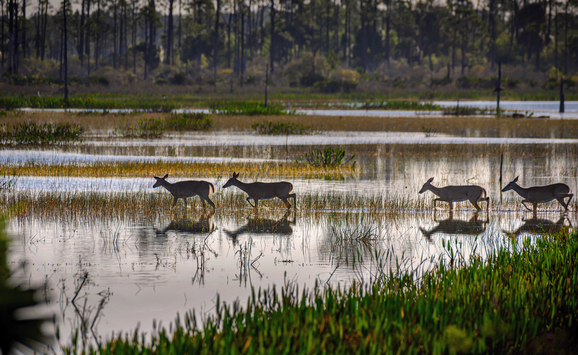