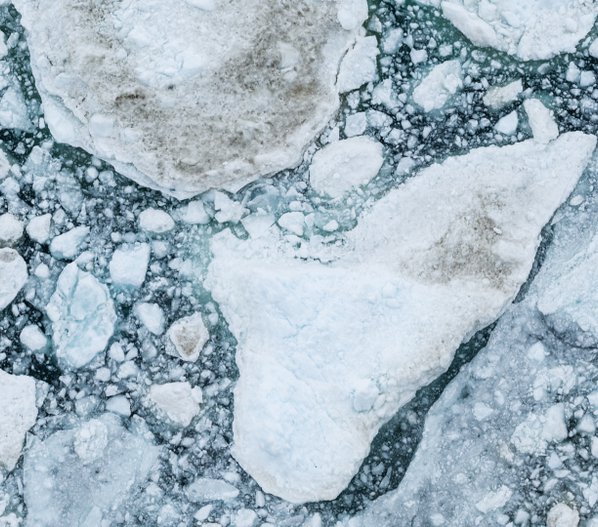 In a new study published in the Proceedings of the National Academy of Sciences (PNAS), research by a group of international experts suggests that global sea levels could rise significantly more than previously predicted. Using a method of analysis called structured expert judgement, the researchers found that under business as usual, sea levels may rise as much as two meters by the year 2100—twice the level suggested in the fifth assessment report from the Intergovernmental Panel on Climate Change (IPCC) from 2013. The findings vary between the IPCC report and the PNAS article in large part because of the method of analysis each group employed. Resources sat down with one of the authors on the PNAS article, Roger Cooke, the Chauncey Starr Senior Fellow at Resources for the Future (RFF), to discuss some of the findings in the paper and what the implications are for how society could consider climate change moving forward.

Resources: What is the significance of your new study and findings?

Cooke: Well, our study differs considerably from the IPCC fifth assessment report—both the results and the method. For the business-as-usual scenario in 2100, our median contribution to sea level rise from ice sheets (49 cm) is more than twice as high as IPCC’s (19cm), our “likely range,” (the range with two thirds chance of catching the true value; 23 to 102cm) is three times larger than theirs (6 to 35 cm). We also characterize extreme outcomes—in particular the upper tail in 2100—and for that, we come to 178 centimeters.

Resources: Can you describe the effect that ice sheets melting and sea level rise might have on the world?

Cooke: So this is 178 centimeters as a result of the melting of ice sheets. The total sea level rise is also influenced by the thermal expansion of the ocean and the runoff from melting land glaciers. If you add on those effects, you will get an upper 95 percent value in the region of two meters sea level rise. That's six and a half feet. Our study is saying there's a 5 percent chance that by 2100, sea level rise will be 6 and a half feet or higher. Six and a half feet will mean that all of the big coastal cities are going to have enormous problems—Manhattan [New York City], Atlantic City, Miami, Los Angeles, Rio de Janeiro, London, Shanghai, Singapore, and on and on. We’re talking about displacing some 187 million people. It will be a global catastrophe.

Resources: What is the difference in how your study approached this issue versus the IPCC?

Cooke: We apply what is called the structured expert judgment method. The experts are highly vetted and selected on their knowledge of a particular area, and they are given some training in uncertainty quantification. Uncertainty quantification is not part of their normal training and most experts don't do it terribly well. We as a species don't do this uncertainty business well at all as is amply demonstrated in lots and lots of scientific work. We are subjected to cognitive biases like overconfidence in group thinking.

Unlike expert surveys, this method validates each expert’s ability to quantify uncertainty with real data. Some experts are able to quantify their uncertainty in such a way that they catch the true values with ranges that are as tight as possible. If there is a question they don't know much about, they offer very wide ranges. So in that sense, what sets this study apart from others is this very serious attempt to treat the experts as scientific data and to validate the experts as uncertainty assessors.

IPCC uses the BOGSAT method (bunch of guys/gals sitting around a table) with calibrated uncertainty language as applied by the US Defense Intelligence Agency in the early 1970’s and dropped after a few years for lack of validation. It remains unvalidated and is vulnerable to cognitive biases. Moreover, it's 40 years out of date (more information is in my blog).

Resources: Do these new results and new methods contain a wider message for society?

Cooke: People hate uncertainty and will go to great lengths to convert a problem of deciding under uncertainty into something else. That may be picking the most likely outcomes and reasoning as if those outcomes were known with certainty. This sort of reasoning is encouraged by IPCC’s focus on “likely outcomes” at the expense of extremes. I have termed this the Confidence Trap. Another evasion is to declare that “we haven’t the foggiest” thereby disabling any consideration of likelihoods. This converts a problem of deciding under uncertainty into deciding on some other basis, perhaps interest, or discomfort avoidance.

We as society are facing a very serious problem of deciding under uncertainty. We're going to have to choose what to do before we really know whether the ice sheets are going to contribute two meters or a half a meter. We cannot postpone that decision. That's the bottom line. We're not facing a problem of deciding under consensus. We're facing a problem of deciding under risk. Once you acknowledge that, then you also acknowledge that we are impelled to quantify that risk, not just the friendly likely part in the middle but also the scary parts in the tails. Suppose the authorities said that an airplane is very likely to be OK, there’s only a 5 percent chance of a crash. Would you put your children onboard? Some people say “if homo sapiens is so bad at reasoning under uncertainty, how could we have survived so long?” to which I say . . . just wait. We are losing the public debate about climate change, in part because people prefer not to confront the uncertainties. We have to look at the whole spectrum or risk, and that shift of viewpoint is what I would hope would be the main result of this article.

Resources: Roger, thank you very much.