Should the Federal Regulatory Agencies Report Benefits to Americans from Mandated Reductions in Greenhouse Gas Emissions?

We have submitted the following letter, co-authored with five well-known economists, to the National Academies of Sciences, Engineering, and Medicine committee charged with assessing the social cost of carbon. Our letter recommends that analyses of federal climate change regulations use benefits estimates based on the domestic social costs of carbon, while reporting separately the estimates of global benefits. We have also published a related letter to the editor in Science and a column in Forbes on this topic.

We are writing regarding the National Academies Project called “Assessing Approaches to Updating the Social Cost of Carbon”.  We recommend that the NAS panel that you chair on this topic adopt a dual approach that refocuses regulatory impact analysis of regulations to reduce greenhouse gas emissions on domestic benefits, while providing for separate reporting of estimates of global benefits.

The SCC is an estimate, in dollars, of the long-term damage caused by a one-ton increase in global carbon emissions in a given year.   Federal agencies use the SCC to estimate the social value of reduced climate damages from regulations that reduce emissions. While the SCC simplifies a dauntingly complex reality, it is useful because having agreement on an SCC is necessary for cost-effective control of greenhouse gas emissions (2).

A key question in developing the SCC is whether it should reflect social costs to the U.S. or to the entire world.  A federal interagency group adopted values for the SCC—$43 per metric ton of carbon dioxide in 2020 using a 3 percent discount rate—intended for use government-wide, based on the estimated global benefits of reduced greenhouse gas (GHG) emissions (3). This approach, however, departs from long-standing policy and practice by reporting only an estimate reflecting global, i.e., both foreign and domestic, climate-related damages.  In its report, the NAS should refocus regulatory analysis of U.S. regulations on their domestic effects, while also allowing estimates of effects beyond the U.S. to be reported separately.

The NAS should adopt this dual approach because the appropriate construct for the SCC depends on the context in which it will be used.  If a federal regulatory agency issues a regulation, then the RIA should provide estimates of the domestic benefits and costs for citizens and residents of the U.S.  Without such an approach, the public would be left uninformed about how a class of important regulatory decisions affects them, violating a fundamental principle of governance that is embedded in multiple Executive Orders about federal regulation (4). Thus, a domestic SCC (DSCC) should be provided for federal regulations intended to reduce GHG emissions.

RIAs may also, however, use the global SCC (GSCC) to report global estimates of benefits.  Specific regulations may be seen as necessary to fulfill past U.S. commitments to reduce GHG emissions, or, alternatively, as useful to support future negotiations to elicit greater reductions from other countries. Presenting estimates of global effects separately fully respects longstanding federal policy currently articulated in the White House Office of Management and Budget’s (OMB) 2003 guidance for regulatory analysis and its 2011 “Regulatory Impact Analysis: A Primer” (5, 6).

The current practice—use of a GSCC as the sole summary measure of the value of reducing GHG emissions through federal rulemaking—lacks transparency and puts such actions on a collision course with long-standing federal regulatory policy (7). President Obama’s Executive Order 13563, as well as E.O. 12866, directs administrative agencies to issue rules only upon a “reasoned determination” that the benefits of a regulation “justify” the costs (8, 9).  A decision by a federal agency to issue a regulation with significant costs to U.S. residents and citizens based on a finding that benefits to foreigners “justify” such costs is irregular at best. It might make sense if there were a substantial altruistic motive, but such a motive should be explicitly identified. It might also make sense if such actions would help persuade foreign governments that the U.S. had done its part to reduce GHG emissions and therefore other governments ought to do more.  Indeed, there is a role for the GSCC in implementing the landmark agreement recently reached in Paris.  International negotiators should use a common estimate of global SCC as a benchmark in evaluating the adequacy of emissions control measures associated with each country’s nationally determined contributions (2, 7). But even with such explicit altruistic or strategic motivations, RIAs that present only global benefits of regulations to reduce U.S. emissions would be misleading.

The interagency group that adopted the GSCC as the only measure of benefits of reducing U.S. GHG emissions justified its approach by claiming climate change involves a global externality and poses a problem that the United States cannot solve alone (10). Pizer, et al. supported this decision arguing that GHG emissions are overwhelmingly a problem of the global commons and so raise moral and ethical issues as well as pose a strategic foreign relations question about how to leverage domestic actions through negotiation to obtain foreign emissions reductions (11).

A better approach would be to reflect the expected foreign emissions reductions by using an alternative scenario in the RIA, rather than implicitly assigning some premium for domestic emissions reductions by adopting the GSCC and neglecting entirely the DSCC.  Such an approach should also analyze potential “leakages” from shifting economic activity and emissions to other countries as a result of U.S. regulation.

Estimation of a DSSC and a GSSC likely entails new modeling.  Current SCC estimates are based on three models—DICE, FUND, and PAGE (12-14). Because these models are focused on the GSCC, a widely used approach to developing a DSCC estimate is to assume proportionality to the GSCC based on GDP (3). An improved bottom-up integrated assessment model should be developed to provide both GSCC estimates more closely calibrated to the regional effects of climate change and an improved DSCC (15). 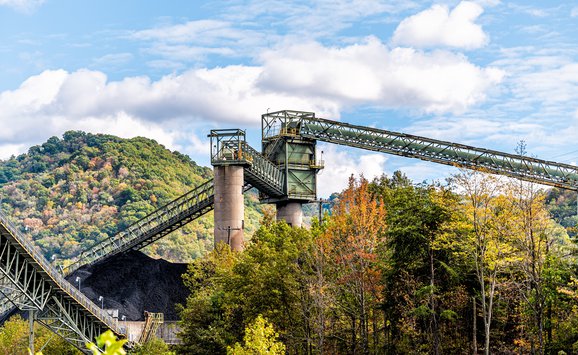