Show Us the Money: An Early Look at Utility Bill Savings from Municipal Benchmarking and Disclosure Laws

Recently, my colleague Margaret Walls blogged about two new RFF discussion papers focused on a popular new policy in US cities: municipal energy benchmarking and disclosure requirements. These laws, which require owners of large commercial and multi-family buildings above a certain size threshold to benchmark their buildings’ energy use and disclose that information, are intended to bring some transparency about building energy performance to commercial real estate markets. The hope is that by increasing transparency, these policies will provide incentives for building owners to improve energy efficiency and reduce energy use, thereby reducing greenhouse emissions. The policies constitute an important component of local climate action plans and are believed to have the potential to spur important reductions in energy consumption over time. But how well are they delivering on that potential?

As Margaret described in her earlier post, answering this question requires the right kind of data. Unfortunately, the data reported by buildings covered by the laws is not enough. A rigorous evaluation requires data on energy consumption for buildings affected by the policy and for a relevant comparison group of buildings, and it requires data from both types of buildings before and after the policy takes effect. We recently used a unique data source to conduct such an evaluation. Through an academic research confidentiality agreement, we obtained access to data from commercial properties across the country, which are owned by members of the National Council on Real Estate Investment Fiduciaries (NCREIF). This data set includes quarterly data on a number of building features and expenditure categories, including, in particular, utility expenditures. While utility expenditures cover more than just energy costs, for most commercial buildings, roughly 90 percent of utility costs are for energy, so impacts on energy use will presumably translate into impacts on utility costs.

Focusing on office buildings in the four cities that were first to implement benchmarking laws—Austin, New York, San Francisco, and Seattle—and controlling for factors such as building size, weather, electricity prices, occupancy, and local economic conditions, we find that the policies have resulted in a roughly 3 percent reduction in utility bills in affected properties. We find some differences in the size of the effect depending on the comparison group of buildings we use, and we also see some heterogeneity in the impacts among the four cities. But our findings are fairly robust and indicate that the laws are having a small effect on utility expenditures. You can read more about the study and results in our latest RFF discussion paper on these laws.

We believe that these estimated effects in the early days of the programs are largely attributable to increased attentiveness to energy use. Building owners and managers who are required to undertake benchmarking and fill out energy reporting forms may be paying closer attention to their energy bills. This may have led to operational changes, such as adjusting temperature and lighting controls or fine-tuning air-handling systems, all of which are relatively easy potential responses to the policies in the short run. More long-run responses , such as upgrading equipment or making improvements in building shells, as well as tenant turnover, will take time and thus are unlikely to be factors in the short-run response that we estimate.

Beyond related goals at the municipal level, improved building codes for commercial buildings and energy efficiency standards for a wide range of equipment and appliances are important components of the strategy underlying the US commitment for greenhouse gas emissions reductions. That commitment was recently submitted to the United Nations in advance of the climate agreement negotiations to be held later this year in Paris and promises reductions of 26 to 28 percent below 2005 levels by 2025. These efforts focus largely on new buildings and new equipment, so the challenge of improving efficiency and reducing energy use in existing buildings remains. As a growing number of cities move forward with energy benchmarking and disclosure efforts, ongoing evaluation of these programs is essential to understand how effective they are in both the short term and longer run in helping to meet this challenge. 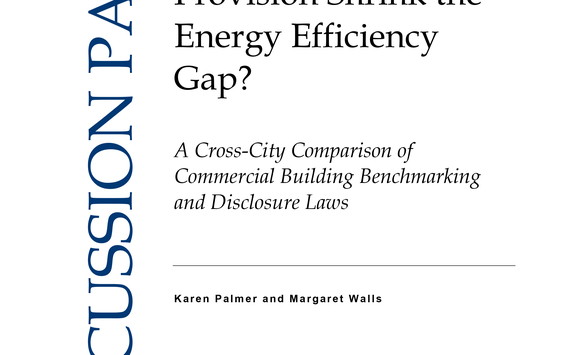 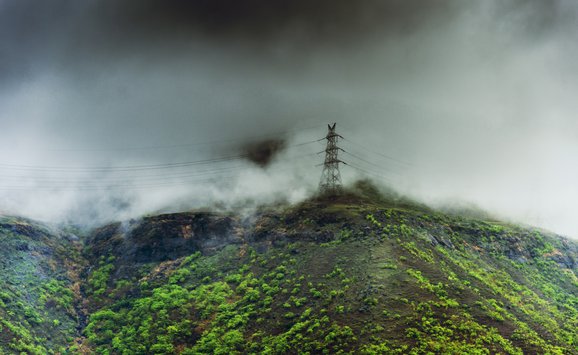