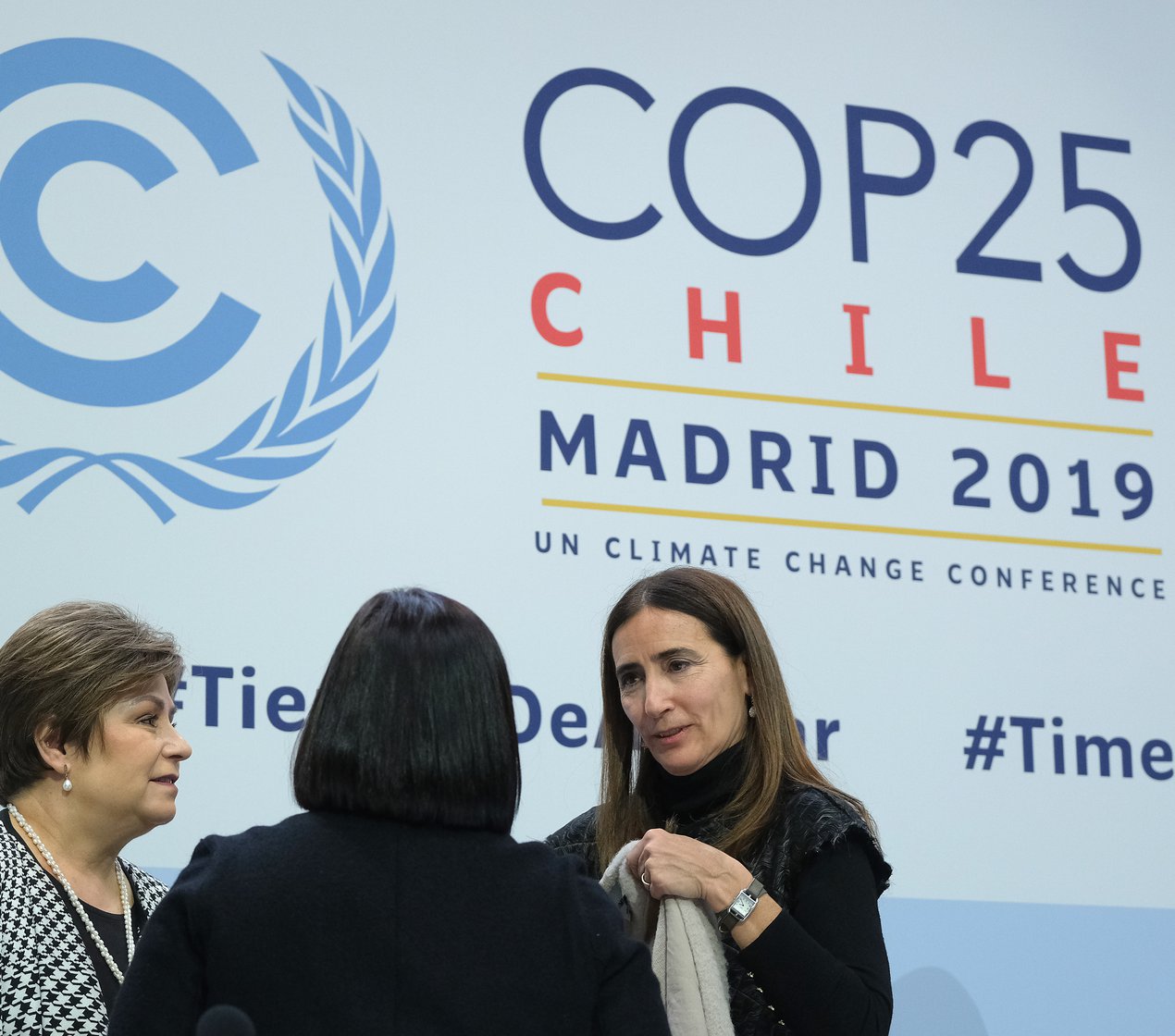 Robert N. Stavins, an RFF university fellow, Harvard professor, and RFF Board member, recently hosted Sue Biniaz on a recent episode of his Environmental Insights podcast. Formerly a top State Department official and lead climate negotiator for the United States, Biniaz shares her thoughts on the postponement of COP26. Stavins and Biniaz explore ways to reimagine future United Nations climate negotiations, unresolved concerns from COP25, and how the United States might approach rejoining the Paris Agreement.

Robert N. Stavins: As you well know, the venue where we were together at last year's climate talks in Madrid, as well as what was the planned venue for this year's climate talks in Glasgow, have both been turned into field hospitals because of COVID-19. And, of course, the climate talks that were scheduled to take place in November 2020 in Glasgow have been postponed due to the global pandemic. What's your reaction to the postponement?

Sue Biniaz: I wasn't shocked. I didn't see how you could decide to stick with the current dates, so I was not unpleasantly surprised. I guess we're all disappointed, but it had to be the right decision. Also, I never thought it was a great idea to have the COP a week after the US election.

I’m sure you remember as well as I do in 2016, the proximity of the COP to the US election.

Exactly—and the COP that was in the Hague many moons ago was right in the middle of the Bush vs. Gore undecided election. In a Trump 2.0 scenario, I think it would cast a negative shadow on the whole COP. But if Biden were to win, the new administration wouldn’t be able to really do or say anything, because they wouldn’t be in power.

More broadly, do you anticipate that the pandemic and the closing of economies is going to completely derail the UN approach and even render the Paris Agreement obsolete and ineffective? What’s your view on all that?

I would divide the implications into three pieces. One is logistical implications—and the delay of the COP is one example of that—but the other example could be: Do we have to hold COPs in different ways? I had already been thinking we need to kind of revamp the annual COP, because there's less and less negotiation taking place, so that can no longer be like the single metric by which you judge COPs. And by the end of next year, is it going to be possible or desirable to have thousands of people interacting? I don't know.

Another implication is focus. There’s obviously less focus by governments, business, and the public on climate change in the midst of a pandemic. The Secretary-General of the UN is trying to keep it on the front burner. He said the other day that climate change is actually the deeper emergency compared to COVID-19, but I don’t know if that message is going to break through.

Thinking back to the 2008 recession, the Obama administration actually did include some significant green elements to its recovery package, and it appears that the European Union is going to do likewise. But that has not been the case, at least so far, in the United States, unless I’ve missed something.

Yeah, I think so far, that’s true. But there are going to be several trenches of recovery and stimulus and all of that, so there’s still hope that there’ll be greener aspects of future packages.

You were talking about the Paris Agreement. My understanding is that the one element that was still remaining to be included in the so-called rule book was Article 6. Where do you think that stands, in terms of completing the work on Article 6?

I don’t think it’s off the table. I think it will be among the many things that the UK tries to do at its COP, even though it’s a year later. It was unfortunate they didn’t reach agreement on Article 6 in Madrid, but one way in which it might be easier to reach agreement is that more analysis is being carried out between now and next year.

One of the remaining issues was: Will you be able to use leftover offsets from the Kyoto Protocol under the Paris Agreement after 2020? To a certain extent before, the conversation was ideological, with some saying, “Yes, absolutely,” and others saying, “No, absolutely not.” I think what people are now doing is actually analyzing how many of those units are there, and at what point there is a problem with environmental integrity. Maybe with more facts, people will be able to come to agreements on a rational basis rather than just “yes” and “no.”

What I observed with Article 6 is what I’ve called “the funnel effect”—namely, that lots of parties to the agreement were really not satisfied with one article or another of the agreement, whether it’s transparency or ambition and all of those other issues funneled into Article 6.

I agree, and it’s kind of counterintuitive. You’d think if you have one article left, it’d be easy to reach agreement. But I think what happened was there was too much attention focused on Article 6, so that even countries without strong positions gravitated toward it and took positions making agreement more difficult.

I think this is one of the reasons that COP needs to be rethought. I think the metric that’s been used by many people—including the press—had been what the negotiating issues are that are on the table. If you only look at those, it just puts too much pressure on what should be a minor aspect of a COP compared to everything else.

The United States is scheduled to withdraw from the Paris Agreement on November 4 this year. If it turns out in the presidential election that there is a change of administration, how could the new administration rejoin the agreement?

It’s pretty straightforward to rejoin. The Paris Agreement clearly provides for a state to become a party even after the agreement has entered into force, and you become a party 30 days later. That’s the international law piece. And then the domestic law piece is that it’s not the kind of agreement that requires Senate approval, so the new administration could jump in right away.

Now, the other part, of course, is the US nationally determined contributions, or “NDC.” What are the possible objectives that the new administration would have?

I think you need to separate the rejoining from the NDC. Rejoining is easy; NDC, not so easy. There are timing issues and substantive issues.

And I have five objectives. One would be immediacy. A new administration would be anxious to rejoin Paris as soon as possible. Another is ambition, because they want to show that they care about the issue a lot. The third would be credibility, because you’re kind of in a credibility hole at the moment. You’ve walked away from the Kyoto Protocol; you’ve walked away from the Paris Agreement. You want to show that you can deliver on what you’re committing to. The fourth would be durability. If you’re going to rejoin the Paris Agreement, do it in a way that isn’t going to be reversed four or eight years later. Try to make sure you have enough domestic buy-in so it’s harder for a future administration to just reverse it again. The fifth would be leverage. If you’re going to come back into the agreement, try to use whatever leverage the United States has at that point, to get other countries to do more.

Senior Fellow for Climate Change at the United Nations Foundation

Was Madrid a COP-Out? Assessing COP25, with Nathaniel Keohane 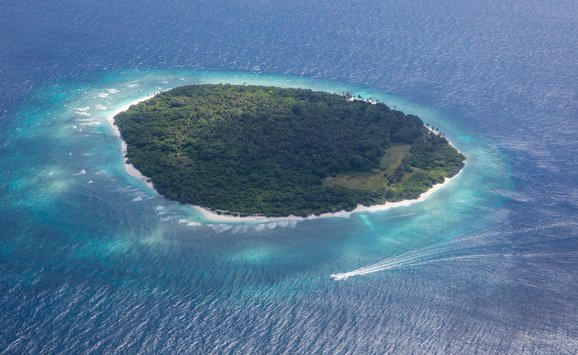 COP25 Ended in Disappointment. What Does This Mean for Countries Already Suffering the Consequences of Climate Change?

The United Nations Framework Convention on Climate Change After 20 Years: Is There a Better Way Forward?