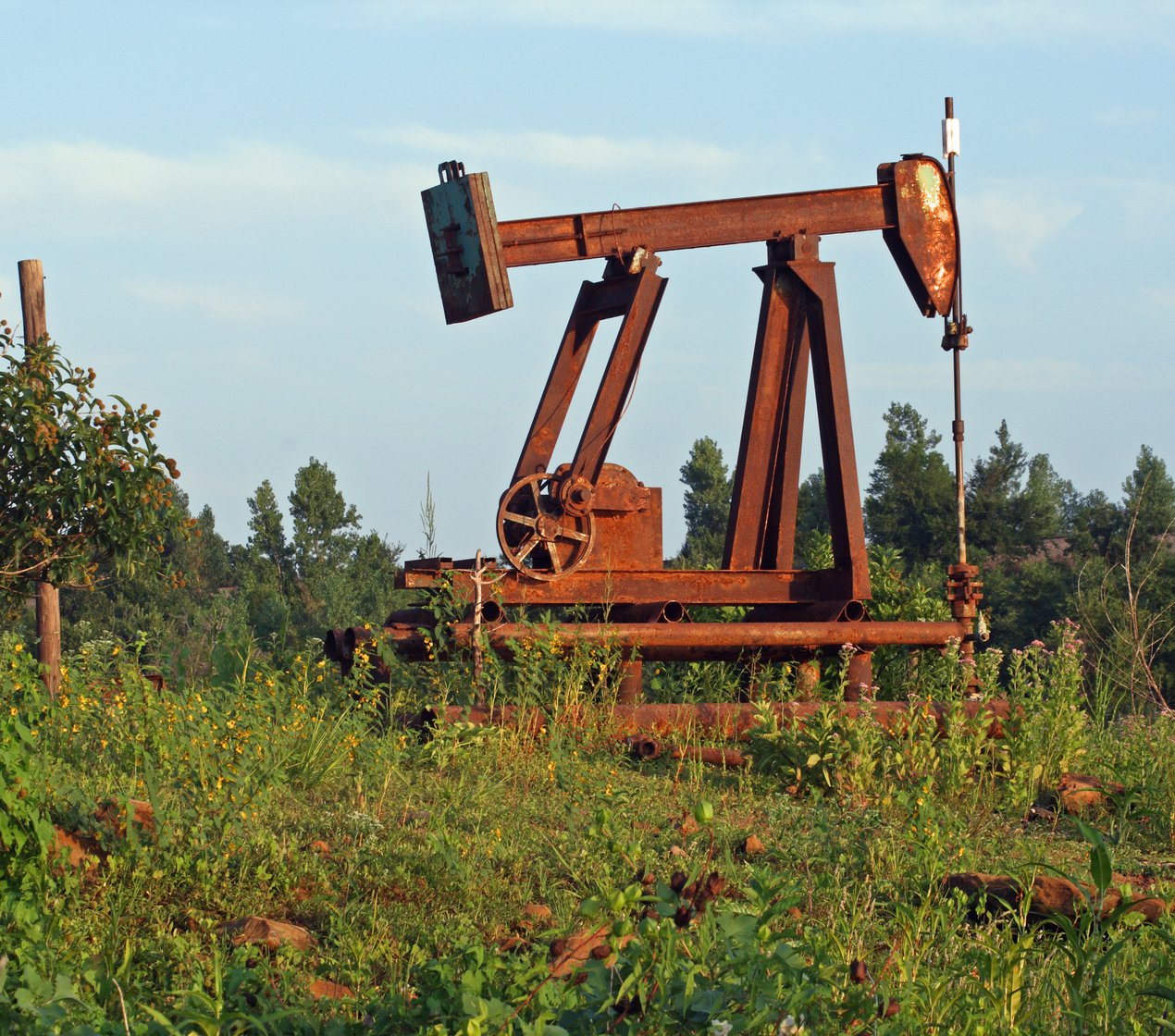 As society continues to fight the COVID-19 pandemic and wait for recovery, the federal government is looking for opportunities to keep workers employed and businesses solvent. The oil and gas industry has been hit particularly hard. Demand for oil has plummeted, cratering prices as a result, and announcements of production cuts in Saudi Arabia, Russia, and elsewhere have yet to bite. Calls for industry relief are growing louder from some members of Congress and the administration. Here, we discuss several options that could boost struggling oil and gas workers and communities, while also providing environmental benefits.

The oil and gas industry has been a bright spot in the US economy for the past decade. However, it has also brought an unfortunate side effect: an increase in the potential for methane emissions. Molecule-to-molecule, methane is about 30 times more powerful than carbon dioxide (CO₂) in its ability to trap heat over a 100-year time period (it is more than 80 times more powerful over 20 years). So, while CO₂ is emitted at massively higher rates, even relatively small volumes of methane have a significant warming effect. Methane and associated emissions from oil and gas wells such as volatile organic compounds (VOCs) also harm local and regional air quality, contributing to ozone formation.

Taking all of this into account, what options are available to the federal government to quickly spur economic activity in the oil patch while at the same time reducing emissions?

First, states have identified more than 55,000 “orphaned” oil and gas wells (wells that have been left unplugged by owners that often have gone bankrupt), which emit methane and pose other local environmental hazards. What’s more, states estimate that they have between 210,000 and 746,000 unidentified orphaned wells, and some research suggests that even this may be a large undercount. While most states have programs to identify and plug (i.e., fill with cement) these orphaned wells, many of them are chronically underfunded, preventing states from plugging all their orphaned wells.

The federal government could channel stimulus funds through existing state programs, which could be expanded quickly given the large number of idle oil and gas workers and the availability of equipment. How much stimulus could this effort provide? As previous Resources for the Future research has shown, costs for well-plugging vary widely due to local characteristics, but let’s use a recent average of $20,000 per well. Plugging just the 55,000 known wells would provide more than $1 billion in stimulus, while identifying and plugging additional wells could support higher levels of investment and further reduce pollution.

Second, the federal government could pay to improve oil and gas infrastructure by reducing methane leaks, which is different from traditional pollution control because keeping methane “in the pipe” conserves a valuable product. When more gas stays in the pipe, it helps oil and gas producers. It also helps the states and communities where they operate. More methane to market increases payments for landowners who host the wells, communities that rely on tax revenue to fund schools and roads, and states, which also collect substantial sums of tax revenue from natural gas production. For individuals and local and state governments hit hard by the pandemic, the prospect of income literally disappearing into thin air likely turns the stomach.

We envision two approaches that would improve oil and gas infrastructure and reduce methane emissions. The first, a “brute force” approach, would scale up existing methane Leak Detection and Repair (LDAR) programs that some states require, and which some companies deploy voluntarily. These programs entail workers visiting sites on a regular basis to hunt for methane (which is invisible) using specialized cameras, then fixing any leaks they identify.

In 2015, EPA and the Bureau of Land Management produced an analysis of the costs of meeting methane reduction requirements for new oil and gas sources. Their estimate, which represents a more modest intervention than what we might envision, can give us a low-end—preliminary—sense of the scale of spending a federal program would need to support the deployment of equipment and workers. EPA estimated [tables 3-13, 6-14] that a program to reduce emissions from new sources would require about $200 million in capital costs and support approximately 1,500 jobs across the United States by 2025. They estimated that this effort would reduce methane emissions by the equivalent of about 8 million metric tonnes of CO₂ per year. An expanded program could likely absorb more funding and involve more workers, as existing facilities are monitored, repaired, and upgraded.

The second option, a “smart detection” approach, would involve the federal government working with states to deploy new technologies that can detect leaks far more efficiently than the “brute force” approach. While traditional LDAR programs require labor-intensive surveys (which, in a time of massive unemployment, may actually be a feature rather than a bug), new technologies use aircraft to survey oil and gas fields, identify the biggest leaks, then send work crews out to fix those “super-emitters.”

Either of these two approaches would help provide an economic lifeline for oil and gas workers and service providers, and the local businesses they support, all while reducing waste and emissions of a potent greenhouse gas. While the “brute force” approach may be less economically efficient, it has the clear benefit of supporting more jobs. The “smart detection” approach is likely more efficient, but given the relatively small number of companies providing the relevant services, would be more difficult to scale up quickly.

The shale revolution has, in many ways, been an American success story (though it has also led to new environmental problems). It has created wealth, added jobs, and allowed the United States to cut emissions from our power sector. As its supporters in the nation’s capital are fond of pointing out, shale produces oil and gas at lower lifecycle emissions than some global competitors. That means a lot for its competitive stance, as countries around the world implement long-term plans to reduce their greenhouse gas emissions—including emerging efforts to certify that imported petroleum and natural gas products have low methane emissions. If “buying American” means buying cleaner, federal efforts to reduce methane emissions will strengthen the long-term position of domestic producers and exporters.

In sum, the federal policy options we’ve laid out can achieve multiple goals over multiple time periods. These options can help struggling oil and gas workers, companies, and communities by injecting capital into a cash-starved industry. They can position US producers and exporters to compete more effectively in a carbon-constrained future. And last, but certainly not least, they can quickly reduce methane emissions, therefore preventing climate damages—the costs of which are already too large to ignore. 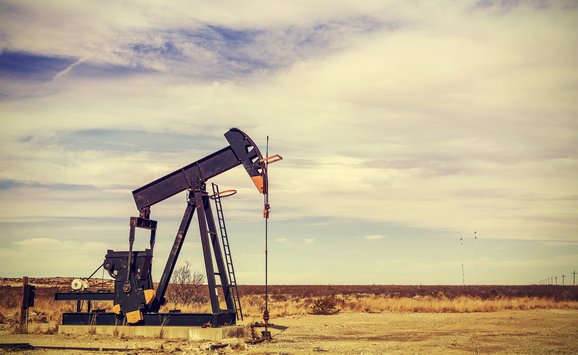 What’s Going Down With Oil Prices: Implications for US Oil-Producing Regions

Does the Shale Boom Equal Climate Doom?, with Daniel Raimi 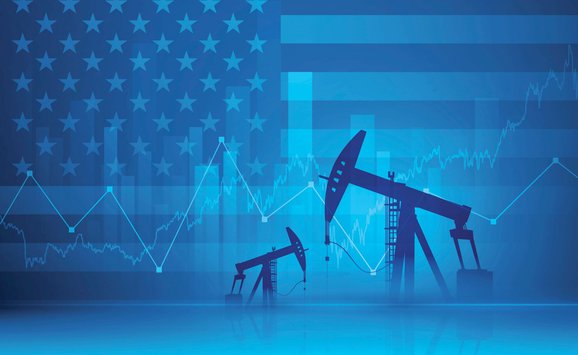 How Does Employment in US Manufacturing Respond to Lower Natural Gas Prices?