Taxing (or not) International Aviation

Historically, international air travel has been taxed very lightly, not least because governments feared harming the competitiveness of their national carriers. If countries were to cooperate over the taxation of international flights, however, to what extent would taxes on fuel and passenger tickets be warranted on environmental and fiscal grounds? 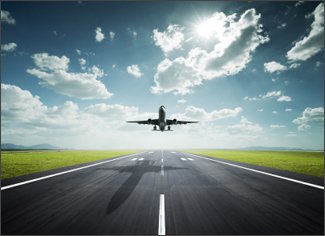 The environmental footprint of international air travel is significant and growing: it accounts for around 2 percent of global carbon emissions, and, with unchanged policies, might account for 6 percent by 2050. In addition to the consequent contribution to global warming and air pollution, aviation itself generates other adverse externalities, including noise pollution and airport congestion. The environmental costs of carbon emissions alone are estimated to be at least $50 per ton of fuel (about 20 cents per gallon), which would mean about $20 per passenger on a flight from New York to London.

This makes it all the more striking that fuel for international air transport is not just under-taxed—it is not taxed at all. This partly reflects the 1944 Chicago Convention on International Civil Aviation, which prohibits the taxation of fuel arriving (and remaining) in a plane from a different country. Even more fundamental, however, is the common provision in bilateral air service agreements prohibiting the taxation of fuel for international flights.

In addition to the consequent absence of an effective excise of the kind charged on fuels for domestic transport, international aviation is commonly “zero-rated” under the value added tax (VAT): the tax is not charged on ticket sales, and VAT paid by the airline on its inputs is fully refundable. Nor are emissions from aviation included in the Kyoto Protocol (but will be from 2012, see below); and—this will not come as a surprise—the Copenhagen conference in December 2009 ended with no general progress on the issue.

Underlying some of these features is a perhaps even more deeply-rooted reason for low indirect taxation of the sector: the fear that taxing international aviation unilaterally would risk losing lucrative aviation business and tourism to other countries with lower taxes.

True, the absence of both any excise and VAT is to some degree counteracted by airport and departure-type charges imposed by many countries. But these are clearly not well-targeted on the key externalities from international aviation. In any event, they rarely exceed 10 percent of average ticket value (as of 2005, the last year for which we have complete data) and so are much lower than a typical VAT would imply, let alone than VAT plus an externality-correcting tax. In any event, airport and departure charges may not have the salience in travel decisions that explicit additions to travel prices would have.

Why we should tax international aviation—and how

There are two quite distinct reasons why, in tax policy terms, the failure to levy indirect taxes on international aviation is a mistake: the need to counter externalities, and the need (increasingly urgent in most advanced countries) to raise revenue. The former is best done by taxing aviation fuel; the latter, by taxing consumption of airline services under the VAT or other sales tax. The distinction is important: dealing with externalities that arise from production requires taxing both business and consumption use (as an excise does); raising revenue in the most efficient way, however, means taxing only final use and not distorting business decisions (which is what a VAT does, payments by businesses being either credited or refunded to them).

Taxing international aviation as a promising source of financing development, including in relation to climate change, has certainly been raised before, and there have previously been initiatives in this direction (Atkinson 2005; Quadripartite Group 2004). But the tax policy argument for reform in this area, of course, does not depend on the precise use made of the money raised. With substantial fiscal consolidation needed, few countries can afford to ignore opportunities for relatively efficient sources of additional revenue.

Implementing these taxes is difficult, made all the more so because numerous air service agreements must be renegotiated. The most fundamental obstacle, including on the sales tax side, is international tax competition, as countries seek to protect their national carriers and tourism industries, pushing them to inappropriately low tax rates. Some cooperation in the design and setting of aviation taxes would be required, although the tax base is less than perfectly mobile. Bunkering excess fuel in low-tax jurisdictions can be costly, and many destinations have elements of uniqueness. Something less than universal agreement could still have significant effect.

If neither aviation fuel taxes nor equivalent emissions charges on international aviation are feasible, ticket taxes (a percentage of the fare) and specific departure taxes (a fixed amount per fare) are possibilities. These are less directly targeted at the use of aviation fuel but, if set at a reasonable level, can still serve the purpose of checking inefficient expansion of the sector. A second-best ticket tax addressed at externalities rather than revenue would take the form of an excise (not credited or refunded to business users) rather than (or in addition to) a VAT. Departure taxes, much more widely used today, are a far blunter instrument, less capable of being varied with the use of fuel or aviation services and, as noted, perhaps less salient.

The revenue potential in this area is significant. For instance, a fuel tax of 20 cents per gallon—a conservative estimate of the marginal environmental cost of international aviation—applied to all international aviation would raise about $6.5 billion. A (very modest) VAT of 5 percent globally would bring in about $20 billion.

Given the aviation sector’s global revenues of $400 billion, a 20-cent fuel tax would be roughly equivalent to a 2.5 percent ticket tax that would add about $6 to an average airfare (about $25 for business- and first-class tickets, $4 for economy tickets). This is a very modest price increase (compared, for instance, to the 7.5 percent Homeland Security charge in the United States). With about 1.7 billion passengers in 2005 (1.5 billion of them in economy class), the same tax revenue could be collected through a $5 departure tax on economy-class passengers and a $15 departure tax on business- and first-class passengers, applied both internationally and domestically.

An alternative approach to addressing externalities from aviation, at least in relation to global warming, would be to include emissions from aviation in international carbon trading schemes, including the EU-ETS. The economic effects would be similar to those of fuel excises, but with fewer legal problems. Indeed, the EU plans to include flights within, to, and from the EU in the ETS from 2012, with an initial cap set at average carbon emissions from aviation for 2004 to 2006. The revenue raised from this scheme will be limited, however, as only 15 percent of emissions quotas will be auctioned up to 2020 (the rest being given away to airlines for free).

Optimal taxation of the international aviation sector would combine (1) an excise tax or equivalent emissions charge on aviation fuel (addressing the environmental harm associated with aviation), and (2) an ad valorem ticket tax (focused on raising revenue) in the form of a VAT. Determining which of the two would be preferable, if only one could be used, depends on the relative strengths of environmental and revenue concerns. However, simulations suggest that there may be little loss in using only one instrument, or even in choosing the less efficient of the two.

A “moderate” fuel tax alone would raise about $10 billion if levied worldwide, but considerably more could be efficiently raised by a combination of fuel and ticket taxes. Such a tax combination would recognize not only environmental concerns, but also the distortionary impact of the wider tax system. The reduction in fuel and flight demand induced by these taxes would, of course, reduce this revenue somewhat: the higher costs would tend to both induce greater fuel efficiency and reduce the demand for air travel; this is indeed part of the justification for the taxes. Still, the revenue potential would be substantial.

Many countries—both high-income countries with large shares of the aviation market and lower-income countries heavily reliant on tourism—have expressed strong opposition to indirect taxes on international aviation. At least part of this hesitation is grounded in tax competition arguments: many fear hurting their own businesses unless others also adopt such taxes. And clearly the difficulties that many airlines currently face do not make early adoption any easier. But the case for stronger and sharper use of taxes on international aviation makes sense not only from the environmental perspective, but also in terms of the pressing need to find relatively efficient ways to close the substantial fiscal gaps that many countries now face.

Michael Keen is an assistant director of the Fiscal Affairs Department, International Monetary Fund. Jon Strand is senior economist in the Development Research Group, Environment and Energy Team, the World Bank, and professor of economics, University of Oslo.

The views expressed in this commentary are those of the authors and should not be attributed to the Executive Board or management of the International Monetary Fund, nor of the World Bank.