In the Permian basin, “there are always surprises,” says Joe Shuster, the judge of Pecos County, Texas. After visiting west Texas for the first time in 2013, we returned to the region this month to examine whether a downturn in global oil prices had affected fiscal conditions for local governments. Stretching across an area the size of Utah and spanning western Texas and eastern New Mexico, the Permian basin has recently been surprising on the upside. Over the past several decades, oil and gas production in the Permian shifted from a state of steady decline to one of rapid expansion and optimism. Since 2008, production has grown from roughly 800,000 barrels of oil per day to more than 2 million. Two months ago, Apache, a large independent oil and gas company, announced a major new find in the southern portion of the basin, abutting the starkly beautiful Davis Mountains. And just two weeks ago, the US Geological Survey revised its estimates of technically recoverable oil in the Permian’s Wolfcamp shale formation to 20 billion barrels, making it the richest shale play in the United States (and perhaps the world).

The recent announcements of new resources in the Permian have infused optimism into a challenging market, as oil prices have hovered at or below $50 per barrel for most of the last two years. During this period of low prices, the Permian has been an outlier in the domestic oil industry, outperforming other major shale plays, including the Bakken in North Dakota and Eagle Ford in south Texas.

Yet despite continued growth in production, the downturn in prices has led to substantial fiscal challenges for local governments. County governments in Texas rely primarily on property taxes for revenue, and in the Permian region, oil and gas properties make up the vast majority of the tax base. When oil prices fell by more than half (from highs of over $100 per barrel in 2014), the value of this tax base shrank accordingly. As a result, most of the county governments we visited have seen large declines in their budgets (cities, which rely primarily on sales taxes, had also seen substantial, though less pronounced, declines in revenue). 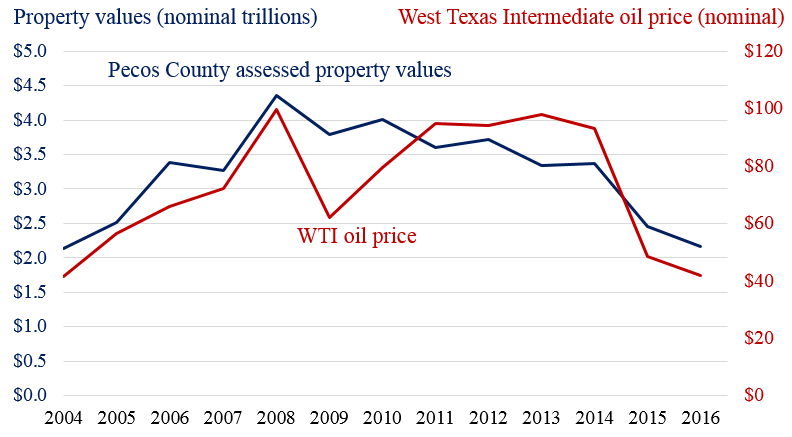 While revenues have declined for counties across the region, demand for services have not declined at the same pace. Because of the continued strength of Permian basin production, industry vehicle traffic continues to cause heavy impacts to local road networks, and fires, traffic accidents, and crime continue to stretch local emergency services and law enforcement. As a result, a number of counties are trimming staff and expenses while demand for services remains high.

These types of budgeting challenges are not new for most west Texas officials, many of whom have governed through previous cycles in the oil and gas industry. Despite the challenges associated with this volatility, most officials report that local public finances are stronger after the most recent boom than before it.

Looking forward, with industry sentiment on the upswing, a number of local officials eagerly await the start of the next boom. But as Judge Shuster reminds us, when it comes to the Permian basin, “there are always surprises.” 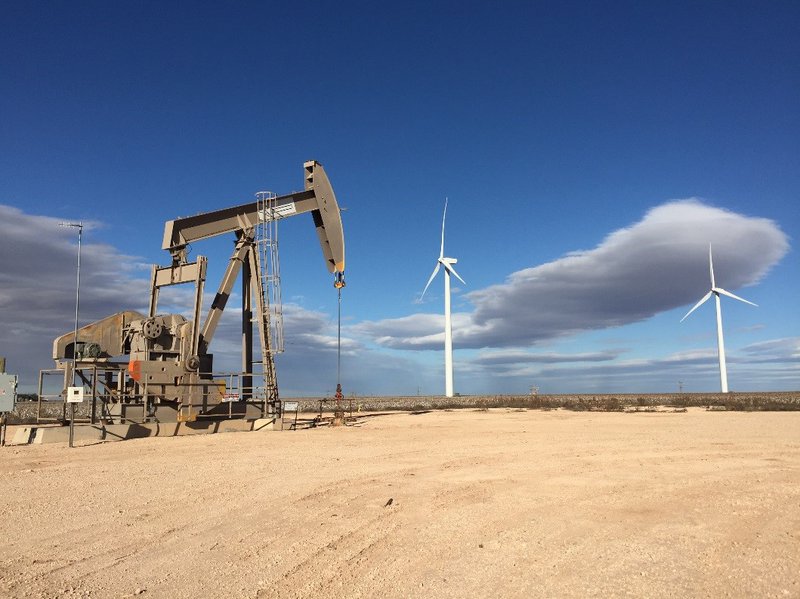