Last week, US Secretary of the Interior Sally Jewell gave a speech on the future of conservation and public lands in this country. One important topic was the Antiquities Act—a piece of federal legislation that many Americans have probably never heard of but that is part of the gathering storm over public lands management and policy.

The Antiquities Act and National Monuments

The Antiquities Act grants the president the authority to designate existing federal lands as national monuments. National monuments are protected areas similar to national parks except that they preserve existing uses on the lands such as mining, livestock grazing, hunting, and other activities. The United States currently has 122 national monuments. Of those, 83 are managed by the National Park Service and the rest are managed by the Bureau of Land Management, Forest Service, and a few other public lands agencies.

President Obama has designated 23 national monuments since taking office. The most recent include the Belmont-Paul Women’s Equality National Monument (a historic home in Washington, DC) and three new national monuments in the California desert covering 1.8 million acres of land. These new monuments, announced in February and April of this year, highlight the varied ways in which the Antiquities Act ends up being used to create new protected areas.

The impetus for the act was to protect sites of “historic or scientific interest” after the looting of Native American cultural sites in the Southwest in the early 1900s. But it has been used many times over the years to preserve large tracts of land. In fact, in 1906, almost before the ink was dry, President Teddy Roosevelt used the act to designate much of the Grand Canyon as a national monument. The lands were under threat from a private developer who planned to build, among other things, a trolley line along the South Rim. Before Roosevelt left office, he created 18 national monuments. In 1978, President Jimmy Carter designated 17 new national monuments in Alaska covering a whopping 56 million acres of land. Many of these sites have since been converted to national parks. Several other national parks—Zion, Grand Teton, and Olympic, to name a few—began, in whole or in part, as national monuments.

The sore point for some is the ability of the president to use the Antiquities Act to bypass Congress and unilaterally designate national monuments. This has led to calls for repealing the act. After President Obama created the three new monuments in California, some of those calls rose anew. They often come from private property rights activists and Tea Party members who decry both the large amount of acreage held by the federal government in the West and the regulations and fees the government sets for private uses of those lands. It may have been just a coincidence, but the administration’s announcement of the new California monuments came on the same day that the final four occupiers of the Malheur National Wildlife Refuge in Oregon surrendered to the FBI. Armed militia had occupied the refuge since January 2 as a protest against federal government land ownership.

While the Malheur participants were on the extreme end of the property rights movement, the event shed light on the rocky relationship between the federal government and some in the West, and the tensions brewing over competing values and uses of our nation’s public lands. A quieter revolt is intensifying in some quarters—a revolt involving legislation, lawsuits, and marketing campaigns. A private lobbying group has developed model legislation for states to use to press for a transfer of federal lands to state ownership. Dozens of bills have been introduced in western state legislatures. One of those states is Utah, and Congressman Rob Bishop (R-UT), chair of the House Committee on Natural Resources, is one of the leading proponents of a sell-off of federal lands. He’s not alone: a recent Center for American Progress report identified 20 lawmakers in Congress who have sponsored or supported 44 bills in the past three years to remove or undercut support for public lands and parks.

Independent polls show that a majority of Westerners support federal government ownership of public lands in the region and see national parks, forests, and wildlife refuges as important to their quality of life. Moreover, such a transfer of rights can be costly. In Utah, an analysis carried out by a team of university researchers for the governor’s office showed that a transfer of 31 million acres of federal lands to the state would end up costing the state (in lost federal revenues, firefighting costs, and other land management costs) more than any revenues generated from mining, oil and gas leasing, and other commercial activities.

Even some supporters of public lands have recently been arguing that our priorities need to shift toward taking better care of the public lands we have and not adding more. This issue reared its head during the difficult reauthorization in fall 2015 of the Land and Water Conservation Fund Act (LWCF), which provides federal funding for new national, state, and local parks. The act was renewed for three years and the recent energy bill that passed the Senate includes a provision for permanent reauthorization. But the provision is expected to be contentious in the House, mainly because of the state versus federal funding issue and the tension over providing funds for new lands versus operations. These issues do not appear to be going away any time soon.

Getting Started on the Problems: Collaboration

There’s no doubt that America’s public lands provide enormous social benefits. And many of those protected areas include some of our most iconic landscapes—the Grand Canyon’s South Rim, Yosemite’s El Capitan, the geysers of Yellowstone, the presidents on Mount Rushmore, and the list goes on. But issues over public lands are festering and need attention. These include the following:

Public lands issues are often overlooked by the general public and in the press in lieu of other environmental and natural resource policy concerns, but the 100th anniversary of the National Park Service this summer should serve as an opportunity to draw much-needed attention to these issues.

In her speech last week, Secretary Jewell emphasized the “epic collaboration” among stakeholders that took place in the recent endangered species listing decision about the sage grouse. Jewell called this “the model for the future of conservation.” This could also be the model for the big issues facing America’s public lands—and we need to get started. 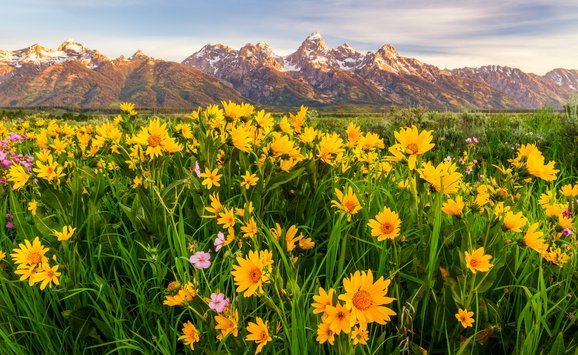