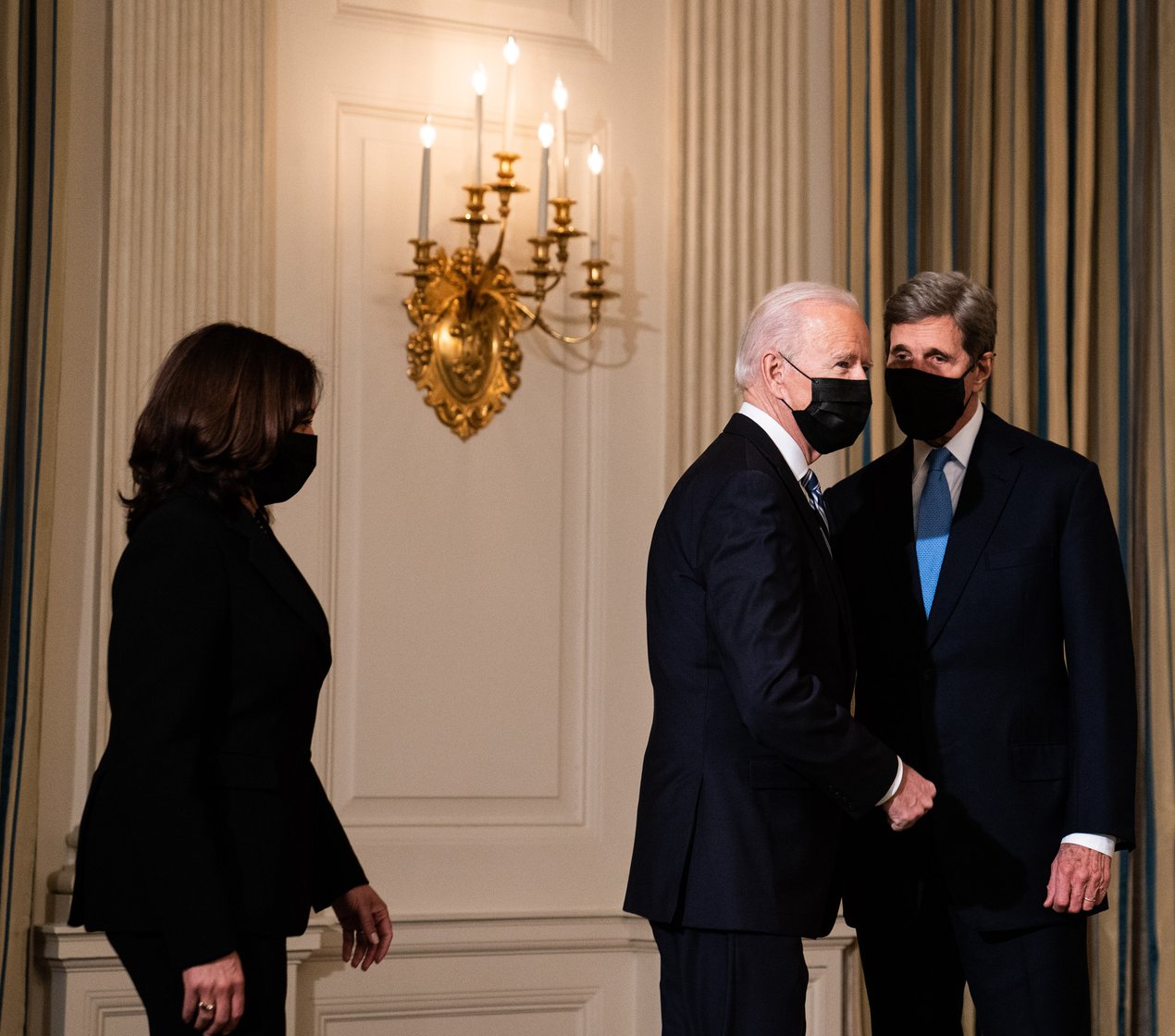 The Biden administration is set to announce new Paris Agreement commitments. What strategies will be necessary for the United States to achieve such ambitious emissions reductions over the coming decade?

On Earth Day next week, President Joe Biden will virtually meet with dozens of world leaders to discuss the need for an ambitious global response to climate change. Conversation will likely center on the United States’ new emissions reduction goals, which the administration is set to unveil in the days leading up to the Thursday summit. While specific plans remain unclear, Biden is expected to commit to more ambitious climate targets than his two predecessors: former President Trump infamously exited the Paris Agreement, while former President Obama pledged to cut emissions by 26 to 28 percent below 2005 levels by 2025. The United Nations has made clear that global emissions must decline significantly over the coming decade, and various environmental activists and corporate leaders are calling on the administration to support emissions cuts of at least 50 percent. Just this week, over 300 chief executive officers signed a letter endorsing efforts to halve US emissions relative to 2005 levels by 2030.

At an Advanced Energy Technologies Project workshop this week, scholars described what strategies could help the United States reduce emissions by 50 percent over the coming decade. The panelists largely agreed on the need for a broad approach that pushes for emissions reductions across sectors that are easier to decarbonize, such as the power sector, alongside sectors that likely will prove more challenging to reform, such as industry and buildings. Princeton University’s Erin Mayfield, who discussed net-zero pathways on a recent episode of Resources Radio, described how significant investments and a massive buildup of infrastructure will be necessary across the country. While RFF Fellow Marc Hafstead noted that a carbon price could reduce emissions from a variety of sectors, he emphasized the need to study additional policy tools. “If not a carbon price, then what? Technology pathways, but what are the policy drivers that will get us there?” Hafstead asked. “It’s important to analyze those policies and figure out what they actually will cost.”

How can federal policymakers revamp the electric vehicle tax credit to boost deployment of electric vehicles and ensure that car buyers across the nation benefit from the program?

President Joe Biden unveiled the American Jobs Plan last week, a major proposal that aims to invest about $2 trillion over the next decade into creating jobs related to transportation, infrastructure, and clean energy. Bolstering consumer interest in electric vehicles could be a special priority: of that $2 trillion, the administration proposes allocating $174 billion to boost electric vehicle deployment and build out charging infrastructure, including a potential $100 billion for new point-of-sale rebates and $14 billion in tax incentives. While Biden’s specific plans have not yet been disclosed for revamping the electric vehicle tax credit, policymakers in Congress have long considered expanding the credit, making the benefits of electric vehicle purchases more accessible to low-income households, and broadening eligibility to automakers that have already sold at least 200,000 electric vehicles. Other possible changes that the administration is considering include increasing the tax incentive from $7,500 to $10,000.

In a new blog post from an ongoing series about accelerating electric vehicle deployment, RFF Senior Fellow Joshua Linn investigates who benefits from electric vehicle tax credits in states with zero-emissions vehicle standards. Under the Zero Emission Vehicle (ZEV) program, which California and 11 other states have implemented, car manufacturers have to hit a certain market share of plug-in vehicles each year. If the government offers the $7,500 tax credit in states where the ZEV program remains in place, the result is “ZEV prices that are $7,500 higher than they would be otherwise.” In other words, the manufacturer captures the entire benefit of the credit, even though the program ostensibly is designed to benefit consumers. While Linn notes that benefiting manufacturers can incentivize technological innovation, he contends that “as long as the ZEV program is driving market shares in many states, tax credits aren’t helping households directly—nor are they helping all households equitably—across much of the country.”

Can ecosystem managers make up for past mistakes and keep invasive carp from disrupting the ecology of the Great Lakes?

Officials across the Midwest are deploying convoluted strategies to stop the spread of invasive carp, a fish that has outcompeted native species in the Mississippi River after being introduced decades ago in an attempt to control algal blooms. A variety of projects are underway to keep the carp from overrunning the Great Lakes, including ongoing research into using loud, rock-tinged music to drive the fish away; an Illinois-led public relations campaign to rename the carp with a more appetizing name to boost consumer demand; and a string of small dams along rivers across the Midwest. The largest effort—long delayed prior to securing stable funding earlier this year—aims to renovate an Illinois dam with novel technologies to keep the carp out. When the $885-million renovation is completed several years from now, the Brandon Road Lock and Dam project will include an electric barrier, underwater sonic technology, an “air bubble curtain to turn around small fish,” and a flushing lock to propel fish downstream.

On a new episode of the Resources Radio podcast, New Yorker staff writer and Pulitzer Prize–winning author Elizabeth Kolbert discusses her new book, Under a White Sky: The Nature of the Future, which explores contemporary efforts to intervene in nature, with the aim of ameliorating the detrimental effects of historic human interventions. Kolbert points out that invasive carp were first brought to the United States as a supposedly safer alternative to dumping chemicals on aquatic weeds—and that contemporary efforts, such as “zap[ping] them with a lot of voltage,” are similarly well-intentioned, but have uncertain and potentially hazardous long-term consequences. Nevertheless, Kolbert contends that humans already have influenced the natural world so much that we “don’t have any choice anymore” but to attempt unconventional interventions to preserve the world as we know it. “These are going to be case-by-case decisions,” Kolbert says, “and I can say quite confidently that some of them are going to be made wrong—but I don't know which ones.”

US Climate Ambition in 2030: Insights from Recent Modeling 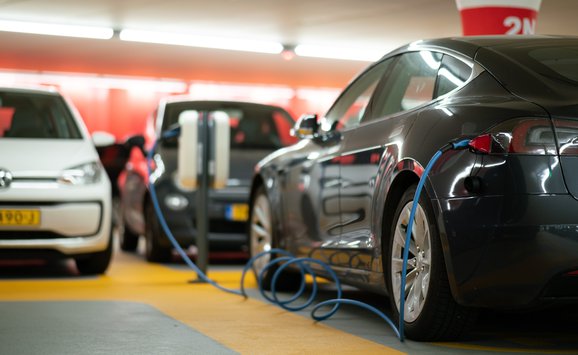