Historic Heat in California, New Government Report on the Financial Risks of Climate Change, and More 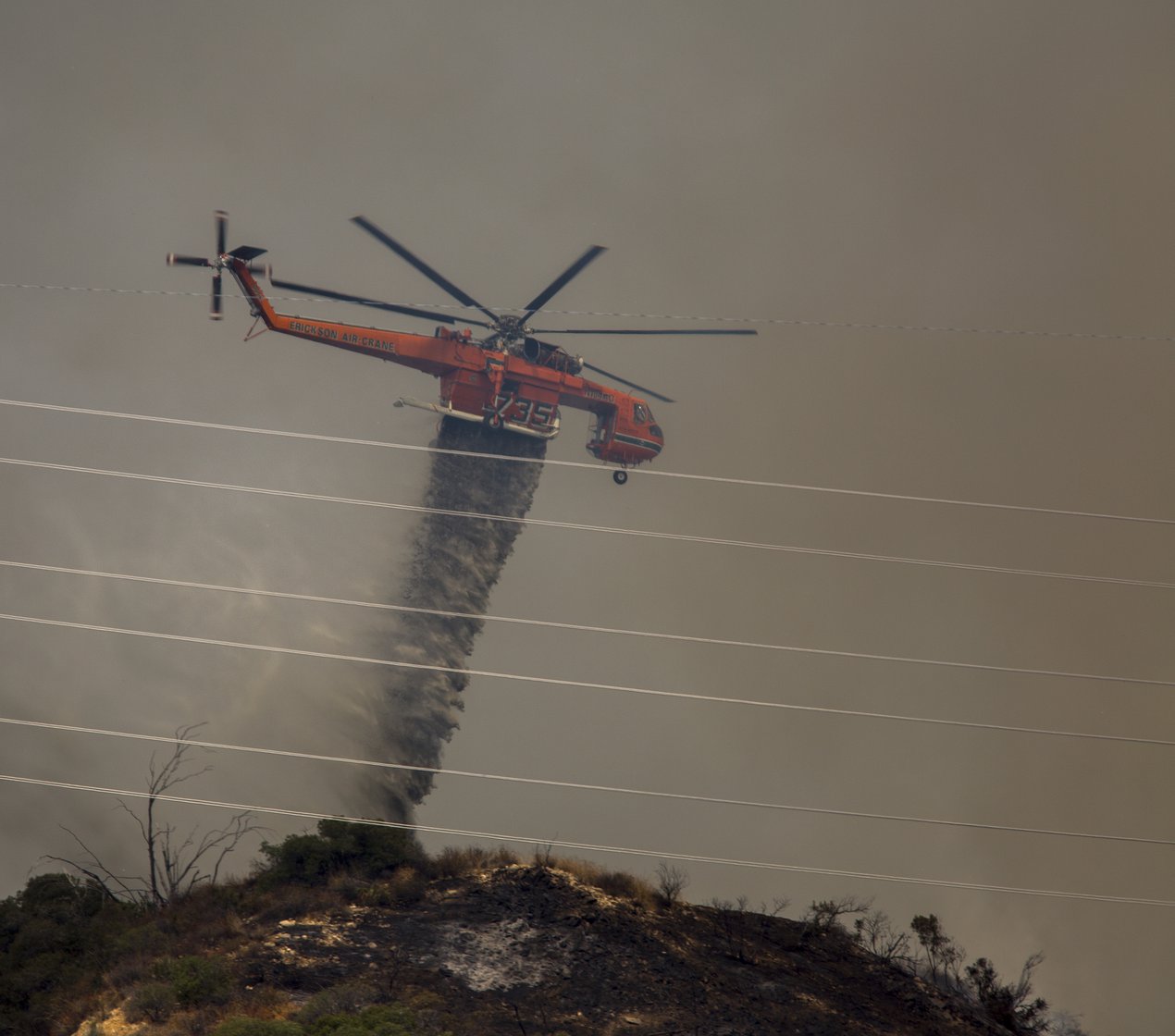 California has been gripped by a historic heat wave, exacerbating this year’s fire season and increasing demand for air conditioning. Consequently, grid operators in the state have ordered rolling blackouts for the first time since 2001. While Pacific Gas & Electric now threatens to cut power if wildfires intensify, this month’s blackouts are primarily attributable to state regulators mistakenly relying on power plants that could not produce enough electricity to meet heightened demand. Critics of California’s clean energy agenda have blamed California’s enthusiastic adoption of intermittent renewables for causing the blackouts—even as other factors contributed substantially, such as the inability of neighboring states to fill in the coverage gaps, as well as several natural gas plants unexpectedly going offline. And while other energy sources struggled, geothermal power—which comprises more than 5 percent of the state’s energy mix—has been remarkably stable. California’s geothermal plants all provided power without interruption, and one plant even provided more energy than state officials expected.

Just this year, three companies—compelled by California’s renewable energy goals—committed to building new geothermal plants in the state. On a new episode of the Resources Radio podcast this week, Tim Latimer—cofounder of the geothermal development company Fervo Energy—discusses how geothermal energy could play a pivotal role in decarbonization. The sector has long been hindered by concerns that geothermal projects may heighten earthquake risks, but Latimer contends that regulations in the United States are strict enough to minimize environmental impacts. Cost remains a hurdle, too, but technological innovations could make geothermal energy more feasible—which might be necessary to avert the worst consequences of climate change. “It's really important we have something there to complement our wind, solar, and battery resources,” Latimer says. “We should be deploying [those] … as quickly as possible.” For more, listen to the podcast, and RSVP to an upcoming event about policies and technologies impacting the future of geothermal energy, which will feature Latimer as a panelist.

How is climate change going to impact the stability of financial markets, and how can the federal government minimize risks now?

This week, a government-commissioned report has provided a stark outlook on how climate change will roil the financial sector. “Climate change poses serious emerging risks to the US financial system, and [financial regulators] should move urgently and decisively to measure, understand, and address these risks,” the report’s nearly three dozen authors contend. Written by leaders in the financial and environmental policy worlds—who were asked to form a climate-related subcommittee within the Commodity Futures Trading Commission (CFTC) by the agency’s bipartisan commissioners—the report deviates significantly from other messaging on climate change coming out of the current administration. While its recommendations are nonbinding, the report advocates for the federal government to implement carbon pricing and for financial regulators like the CFTC to incorporate research about climate risks into typical operations. In one instance, the report even proposes that the Trump administration not pursue a planned Labor Department rule, which would bar retirement investment managers from considering environmental impacts in their investments.

“This is the first time a government entity has looked at the impacts of climate change on financial markets in the US,” says Robert Litterman, chair of the CFTC subcommittee, in the New York Times. A founding partner at Kepos Capital and a member of RFF’s Board of Directors, Litterman has closely studied how climate change threatens to disrupt financial markets and has advocated for the United States to swiftly reduce its greenhouse gas emissions. On an episode of Resources Radio earlier this year, Litterman explores how to design policy amid uncertainty about the ultimate impacts of climate change, and why his research has led him to the unconventional conclusion that a high initial carbon price is essential. “The heart of the policy response are the incentives that we provide to reduce emissions,” Litterman says. “Right now … governments around the world are subsidizing the production and consumption of fossil fuels—and that can't last forever.”

How can countries like the United States and Canada, which currently are embarking on programs to plug abandoned and orphaned wells, plan ahead for the administrative complexities of such programs?

Canada’s federal government has devoted C$1.7 billion to a program that will clean up the growing number of orphaned and abandoned wells across the country, opting for a centralized approach. Meanwhile, the United States is by and large letting states take the lead. Currently, some Pennsylvania state legislators are advocating that the state use any money provided to them by the federal government in future coronavirus stimulus packages to plug abandoned wells, while a bill before the California State Senate would provide more resources to identify unused wells. In Montana, a private foundation is hoping to simplify the challenge, by identifying wells and planning complicated cleanup efforts that are then partially funded by the state government. These distinct approaches between neighboring North American countries reflect the complexity of managing unplugged wells—a problem which is only worsening as oil companies confront a hostile economy, and natural disasters like Hurricane Laura threaten to make more wells untenable to operate.

RFF Senior Research Associate Daniel Raimi has closely studied the economic and environmental benefits of well cleanup efforts. In a new blog post, he and Nathan Lemphers of the University of Ottawa’s Smart Prosperity Institute reflect on some of the administrative challenges facing Canada and the United States as the countries embark on their own programs to plug orphaned and abandoned wells. For instance, the authors highlight that regulatory capacity is likely to be a hurdle in both countries, given that in Alberta, less than half of all federal funds have been allocated to cleanup projects so far, despite the wide scope of the problem in that province. Still, Raimi and Lemphers contend that remediation efforts still can succeed and that governments can tackle multiple obstacles at once—such as by hinging federal relief on state regulatory reform. “Without addressing these interrelated challenges, the problem of orphaned and abandoned wells will grow,” they write. 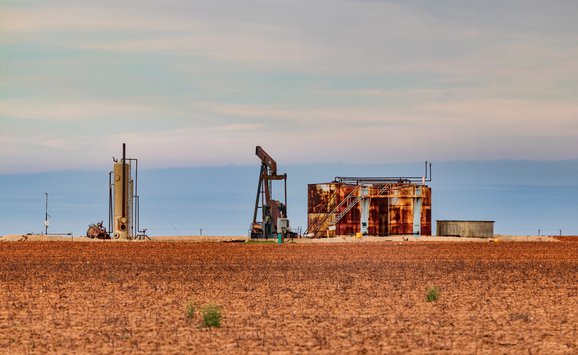 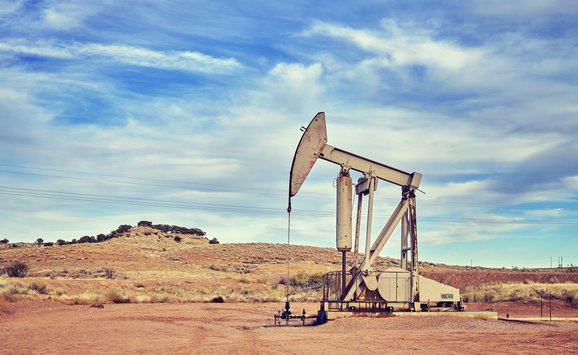