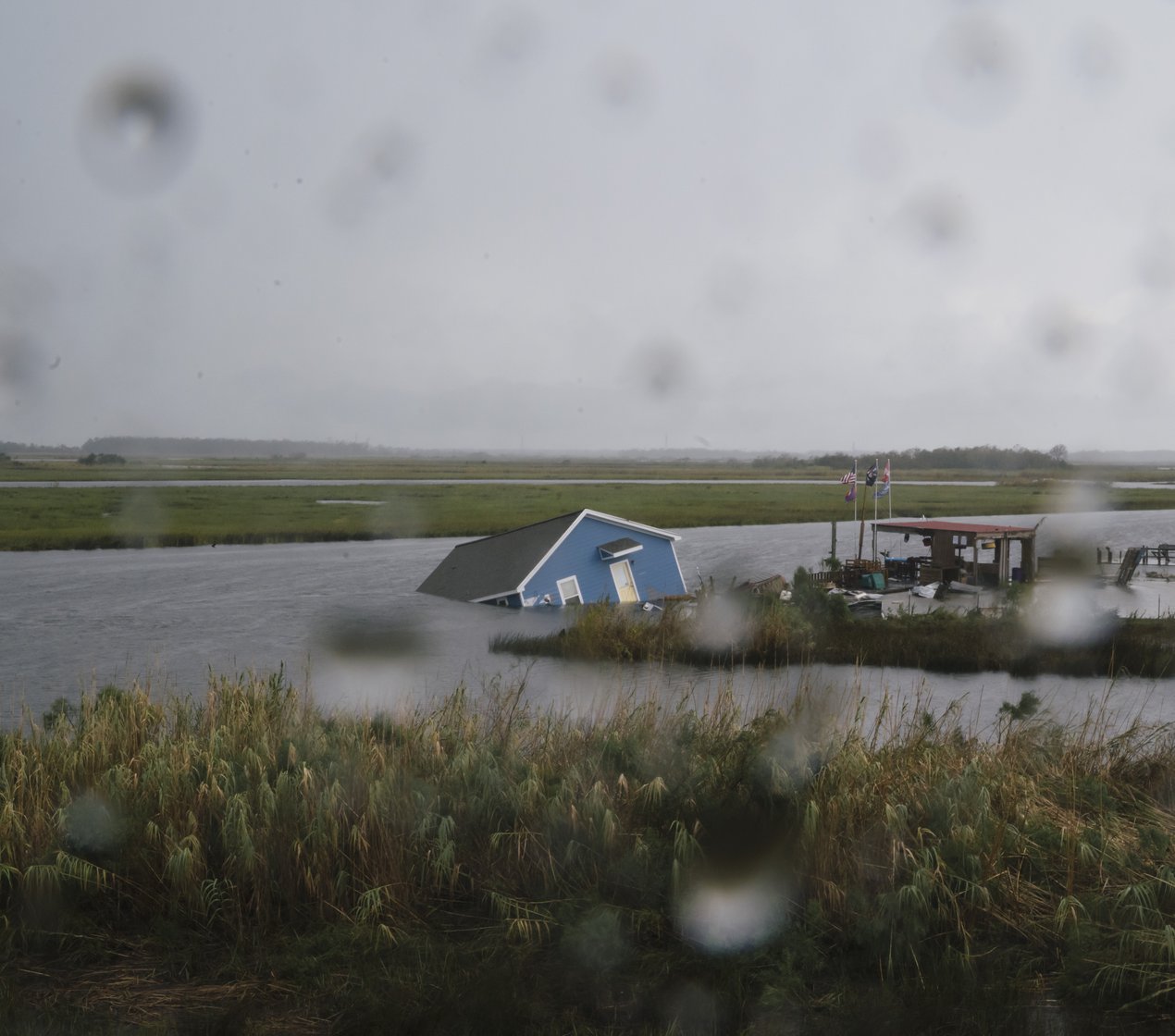 Natural disasters pose increasing risks to people and property in the United States. But to what extent do Americans support the adaptation measures necessary to minimize damages?

Hurricane Laura, which pummeled Texas and Louisiana last week, was the fifth-strongest storm to ever hit the United States. While storm surges were not as severe as expected, the hurricane still prompted 16 casualties and left hundreds of thousands of homes without power. This year’s hurricane season has already broken records, as the burgeoning tropical storms Nana and Omar became the 14th and 15th named storms of the year—the earliest in a hurricane season that 15 storms have been named. As climate change increases the likelihood of intense storms, the US government is increasingly reshaping policies to protect people from extreme flooding. The Federal Emergency Management Agency and the Department of Housing and Urban Development are both spearheading new programs to fund large-scale relocation efforts. For its part, the Army Corps of Engineers has shifted away from voluntary buyouts, instead encouraging local governments to use eminent domain to seize property owned by those who have resisted moving from flood-prone areas.

Buyouts, wherein the government pays people to relinquish their at-risk property and move elsewhere, have often provoked controversy. But whether for flood or wildfire risks, the government is increasingly planning for managed retreat. According to a new survey coauthored by RFF University Fellow Jon A. Krosnick, support in the United States for a variety of natural disaster adaptation policies is high. While only 47 and 59 percent of respondents support policies to pay people to move from areas at high risk from wildfires and floods, respectively, a large majority of Americans support other measures, such as requiring those at risk to purchase flood insurance or offering support to those who lose their homes to fires. Across the board, Black Americans, Hispanics, and those who believe climate change imperils future generations are most likely to support adaptation policies. For more, read the report and check out RFF’s Climate Insights data tool, which will be updated as more results are released.

How can California leaders protect residents from the double whammy of historic flames and a historic pandemic?

Facing one of the most severe fire seasons in state history, which has already forced more than 100,000 people to evacuate, California is struggling to control the spread of both flames and COVID-19. California has historically relied on incarcerated fire crews, but recent coronavirus outbreaks among inmates have greatly reduced the population of available workers. With more than half of all typical inmate fire crews sidelined, the state is struggling to recruit more firefighters—all while constrained by financial limitations, as firefighters outside prison can demand minimum wage, while inmates often work for mere dollars a day. The typical protocol for evacuations has been upended by the pandemic, too, as the Red Cross—instead of shepherding evacuees to large, indoor spaces, like usual—is paying for families to stay in hotel rooms. All these problems are exacerbated by dwindling financial resources, given that the current economic recession has tightened California’s budget.

On a new episode of Resources Radio this week, RFF Fellow Matthew Wibbenmeyer discusses the recent blazes in California and elaborates on the economic and public health consequences of wildfires. Reflecting on how the pandemic and recent heat wave could be making this year’s fires especially dangerous, Wibbenmeyer points out that smoke—by degrading air quality—could intensify risks for COVID-19 patients, who might already be struggling to breathe. And while the complications from this year’s fires might seem exceptional, Wibbenmeyer warns that Californians should prepare for longer fire seasons in the years ahead. “Wildfire frequency and severity in the western United States has been increasing over the last half century,” Wibbenmeyer says. “There's pretty solid evidence that that's at least in part driven by climate change.” To prepare for the inevitable threat of future fires, Wibbenmeyer proposes greater use of controlled burns and for the state to carefully consider where to locate developments in fire-prone areas.

Given the steep costs of nuclear power, how can policymakers ensure that advanced nuclear energy becomes operational?

The Democratic Party is increasingly aligning around support for advanced nuclear energy. Democratic nominee Joe Biden’s environmental plan includes references to developing small modular reactors, while a recent report from Senate Democrats contends that reducing the costs of advanced nuclear generators will be essential to clean energy goals. Perhaps most notably, the national platform agreed upon at this year’s Democratic National Convention endorses a “technology-neutral” approach to decarbonization and is the first Democratic platform in nearly 50 years to recommend nuclear energy. But even as national Democratic leaders break with typical party orthodoxy and carve out a path for nuclear energy in the future, the reality of nuclear power today is more complicated. In Illinois, for instance, four financially struggling nuclear plants are at risk of closure. While the nuclear plants represent two-thirds of clean electricity in the state, the high costs of keeping the plants online have left the Democrat-led state government at odds with industry leaders about what to do next.

The dynamics taking shape in different ways at the federal and state levels reflect the complexity of nuclear energy: advanced nuclear energy shows promise, but is not yet viable, while long-running nuclear reactors generate considerable amounts of power but are often prohibitively expensive. At a virtual event this week, RFF Senior Fellow Karen Palmer talked with Carnegie Mellon University PhD candidate Jessica Lovering about the promises and perils of advanced nuclear energy. While Lovering cautions that commercialization of advanced nuclear energy has recently languished, smaller designs like microreactors could offer long-term benefits once operational. Lovering also reflects on how retiring American nuclear plants complicates clean energy goals. “It’s a real shame to close [nuclear plants] earlier. When nuclear plants close, they are often replaced by natural gas,” Lovering explains. “Natural gas is so cheap, it’s hard to compete.” For more, watch a recording of the event, and stay tuned for future events in RFF’s ongoing Advanced Energy Technology series. 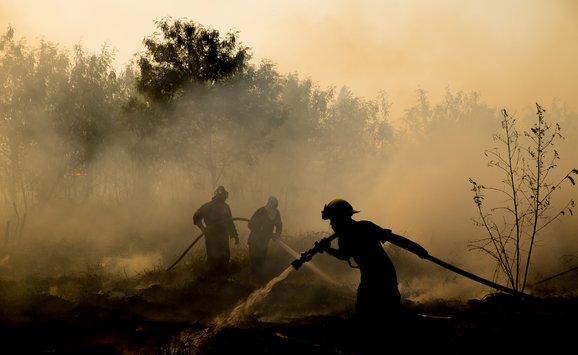 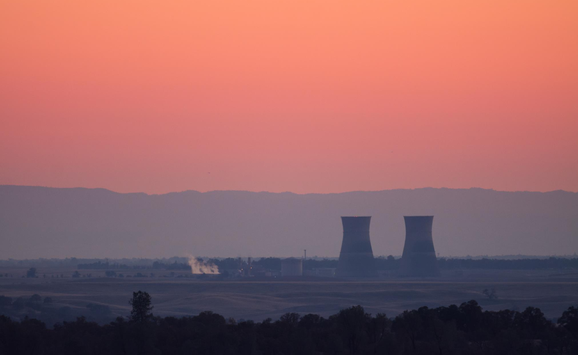 The Future of Advanced Nuclear Power