Changing Revenues in the Energy Transition, Health Effects of Reducing Emissions, and More 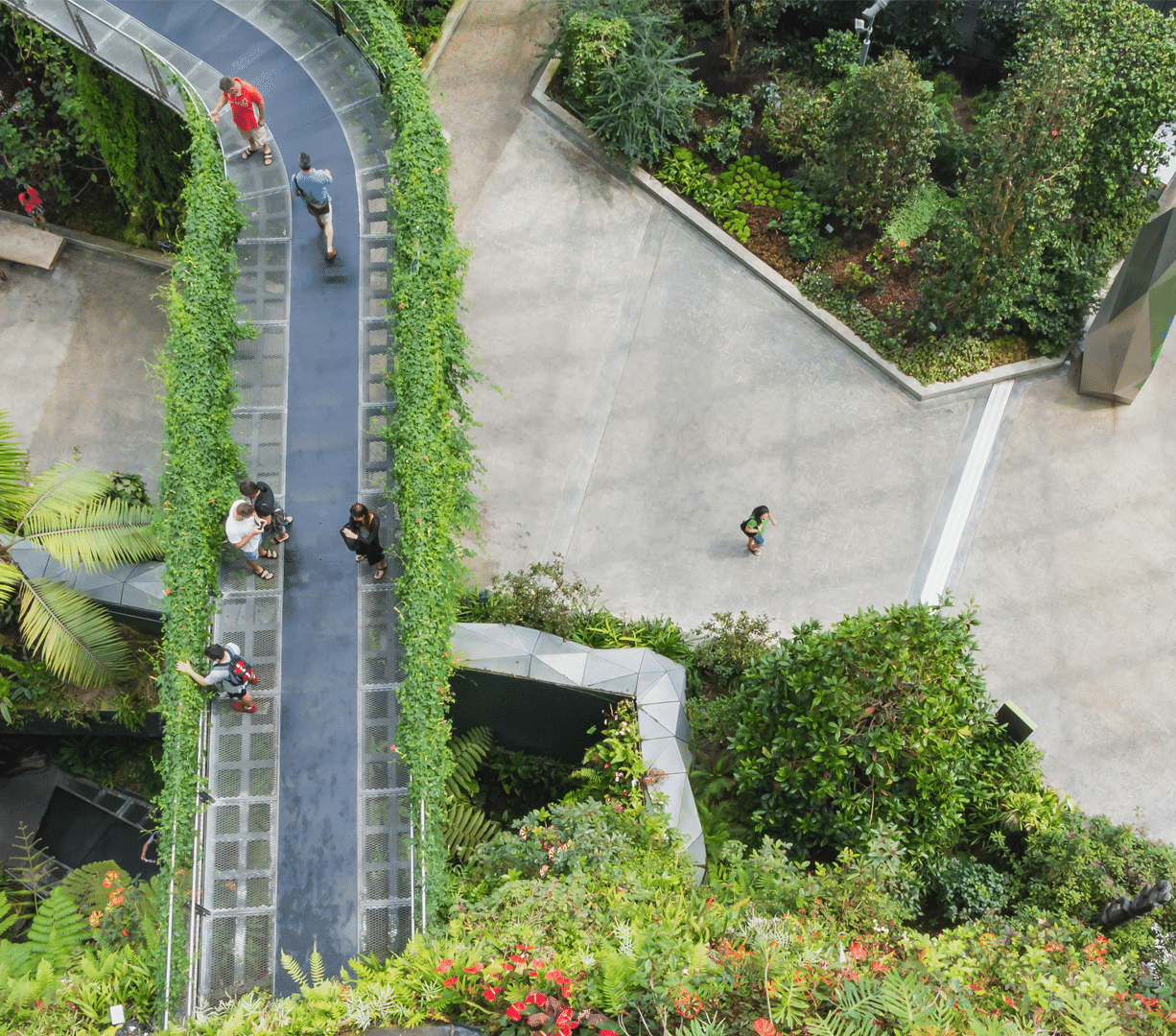 Twice a month, we’re compiling the most relevant news stories from diverse sources online, connecting the latest environmental and energy economics research to global current events, real-time public discourse, and policy decisions. Keep reading, and send us your feedback. Here are some questions we’re asking and addressing with our research chops this week:

As the United States seeks to transition to a low-carbon economy, how will the resulting changes in government revenues from the fossil fuel industry affect communities around the country?

In mid-November, President Joe Biden’s Build Back Better framework passed in the US House of Representatives. The Build Back Better bill includes initiatives to grow the economy and reduce greenhouse gas emissions, in part by transitioning to cleaner energy production and consumption nationwide. While creating jobs is a large part of these efforts, RFF Fellow Daniel Raimi notes in a recent blog post that public finance issues may be of similar importance in the energy transition. Recent data from the US Bureau of Labor Statistics shows that earnings for employees in oil and gas extraction, coal mining, and related activities totaled about $31 billion in 2020, with government revenues adding up to even more: about $37 billion for these same activities. As the energy transition continues, these fossil fuel–related revenues will fall, making government funding and support critical for people and communities that traditionally depend on those sums for services such as schools, public health, and infrastructure. “The reality that governments will lose revenue in a fossil fuel phaseout is not a good reason to delay the energy transition,” Raimi says, “but it is a challenge that needs to be addressed with policy—most likely including financial transfers from the federal government.”

What kinds of benefits can we expect to see if the United States manages to meet the emissions reduction goals established in the Paris Agreement?

With a total output of 5.1 billion tons of carbon dioxide annually, the United States is the second-highest producer of carbon emissions globally. The Biden administration has established targets for reducing all greenhouse gas emissions, to the tune of cutting emissions to 50–52 percent below 2005 levels in the next eight years across every sector of the economy. However, emissions related to the US Department of Defense are exempt from the executive order. Since 2001, the US military has accounted for 77 to 80 percent of all US government energy consumption, though the Department of Defense meanwhile allocates $1.6 billion annually on energy research and development, some of which could contribute to clean energy innovations. In a recent blog post, RFF’s Maya Domeshek and Dallas Burtraw describe how thousands of American lives can be saved if the United States works toward the Biden administration’s goals and meets its nationally determined contribution of greenhouse gas emissions. The analysis by Domeshek and Burtraw, alongside coauthors that include RFF scholars Jhih-Shyang Shih and Seth Villanueva, finds that 3,800 premature deaths can be avoided annually by reducing emissions, with the largest health benefits conferred in the Midwest. “We demonstrate that significant and widespread health benefits can be anticipated locally and in the near term if the United States manages to meet its nationally determined contribution,” Domeshek and Burtraw conclude.

How can the US government achieve the dual goals of boosting electric vehicle use and ensuring that related policy strategies are both equitable and cost-effective?

Global sales of electric vehicles (EVs) more than doubled to 6.6 million in 2021, accounting for 8.6 percent of the market for passenger vehicles worldwide. In the United States, EV sales follow that trend, but at a slower rate, accounting for just 4.4 percent of the country’s vehicles. A related provision in the Build Back Better bill aims to provide $3.5 billion to help manufacturers produce more EVs. To further ramp up EV adoption in the United States, Congress currently is considering the implementation of higher subsidies for people who purchase EVs. States in the meantime are advancing their own subsidies to increase EV production; for example, General Motors will benefit from $824 million in incentives for an EV and battery project in Michigan. In a new blog post, RFF Senior Fellow Joshua Linn explains that EVs may provide the best opportunity to dramatically reduce greenhouse gas emissions in the transportation sector while also meeting the Biden administration’s climate objectives. Linn notes that linking subsidies to household income is more effective and equitable than linking subsidies to vehicle price: “The income-based subsidy is more cost-effective than the other subsidies that I consider by about 40 percent,” he says.

As California continues to reduce its dependence on oil and gas, what are the state’s plans for achieving an equitable and just energy transition for residents?

The California Public Utilities Commission has proposed new rate changes for homes with rooftop solar panels. Incentives that helped produce the original boom in rooftop solar in California in the past couple decades have resulted in non-solar homes paying more than solar households to maintain the electricity grid, which all households nonetheless access. However, the proposed changes aim to increase the financial contributions from solar households in maintaining the electricity grid. In a recent op-ed, RFF University Fellow William Schulze discusses how the state’s continued solar energy expansion may stall under the proposed changes, which generally decrease incentives for investing in rooftop solar panels. These potential complications could affect the transition away from fossil fuels in California. A new episode of Resources Radio podcast with Associate Professor Kyle Meng of the University of California, Santa Barbara, explores the state’s ongoing transition away from oil production and refining, the legislative challenges in achieving this transition, and the need to engage fossil fuel–dependent communities when shifting to a low-carbon economy. “I think the state has been very wise in considering, jointly, policies on the demand side as well as policies on the supply side,” says Meng. “You can’t have one without the other.”

Throughout the past several months, RFF has been publishing a series of explainers that walk through methods of quantifying the value of satellite data—work that’s crucial to the mission of VALUABLES, a collaboration between RFF and NASA that aims to measure how satellite information benefits people and the environment. A new explainer in the series launches the 200-level explainers, which will build on the impact assessment framework detailed in the previous 100-level series with real-world examples. As VALUABLES Consortium Director Yusuke Kuwayama and coauthor Sarah Aldy explain in their “Value of Science 201” explainer, monetization involves quantifying the difference in the good or service derived with satellite data, and then multiplying that difference by the market price of the good or service.

A Policy Leadership Series event hosted by RFF last week provided insights on the US electric grid from a commissioner of the Federal Energy Regulatory Commission (FERC), Allison Clements. Clements sat with RFF President and CEO Richard G. Newell to discuss grid resilience and modernization, environmental justice and equity, and the Biden administration’s clean energy agenda. A full video recording of their conversation is available on the RFF site; stay tuned for the forthcoming episode on the Policy Leadership Series Podcast.

Sweden’s Next Steps for Decarbonization

A new report from the Swedish Foundation for Strategic Environmental Research (Mistra) highlights key strategies to accelerate climate action and fulfill Sweden’s commitment to reaching net-zero carbon emissions by 2045, in various sectors of the economy. The report contains contributions from RFF Senior Fellows Dallas Burtraw and Carolyn Fischer that cover tradable performance standards in the transportation sector, tradable green certificates in the industrial sector, and an auction reserve price in the EU Emissions Trading System. The report also cites research from RFF Senior Fellow Alan Krupnick about changing attitudes toward climate in Sweden, China, and the United States.

Building Bridges for a Just Transition

In a new Resources Radio podcast episode, RFF Board of Directors member and Columbia University Professor Glenn Hubbard discusses the role of economics in guiding policy, sparking structural change, and preparing communities for the transition away from fossil fuels. Hubbard shares insights about previous economic transitions, the importance of adjusting “social insurance’’ in the labor market to the challenges of the current economy, and building bridges of opportunity to ensure a just transition.

In a new journal article, RFF-CMCC European Institute on Economics and the Environment Senior Scientist Valentina Bosetti and coauthors identify the need for facilitating progress toward sustainable development goals, in part by streamlining the metrics and targets with reference to the goals themselves, existing multilateral agreements, published studies, and expert assessments. “Using a common, transparent, and science-based definition of the targets permits the scientific community to work together on this endeavor,” the authors say.

The US Environmental Protection Agency recently announced a proposal to restore the legal basis for its Mercury and Air Toxics Standards regulations on electricity-generating units. The proposal is based on a reanalysis of both the benefits and costs of the regulation. This additional analysis reveals that prior estimates of the costs likely were twice as high as actual costs, due to unanticipated changes in fuel costs and other regulations that reduced the sector’s reliance on coal to below what was expected. Similarly, prior estimates of the benefits of the regulation failed to fully account for known health risks associated with mercury exposure and thus were underestimated.

The additional analysis from the Environmental Protection Agency includes many of the factors that RFF Senior Fellow Karen Palmer and coauthors identify in their recent journal article as worthy of further consideration before a repeal of the legal basis for this long-standing regulation, as enacted by the prior administration. The Biden administration’s new regulatory proposal on January 31 answers one of the questions raised by their article, affirming that—given both new science and changes in energy markets—the Mercury and Air Toxics Standards rule indeed is appropriate and necessary.

In the coming months, the US Supreme Court will hear Sackett v. Environmental Protection Agency, a case that may determine the definition of Waters of the United States (WOTUS) and the jurisdiction of the US Environmental Protection Agency over wetlands and streams on private land per the Clean Water Act. The lawsuit began in 2007, when Idaho homeowners Chantell and Michael Sackett brought the case with the aim of building on their property without the need for a federal permit. A court ruling may happen this summer or even stretch into the fall, potentially yielding a decision in 2023.

RFF Fellow Hannah Druckenmiller recently released a working paper that assesses the value of wetlands, estimating that each hectare of wetland loss costs society $1,840 per year in foregone flood mitigation benefits, with losses of more than $8,000 per year for wetlands in developed areas. “Wetlands provide important services not only to property owners, but also to downstream users who benefit from reduced flood risk,” says Druckenmiller. “If the Supreme Court limits the Environmental Protection Agency’s regulatory power over wetlands, more private landowners are likely to build on wetlands, which could cost our nation hundreds of millions of dollars per year in increased property damages from flooding.”

This figure by Elikrieg estimates the intense amounts of energy that the production of Bitcoin (a prominent cryptocurrency established in 2009) has consumed annually since 2016. The 121.36 terawatt-hours per year of electricity used for Bitcoin mining is more than the energy consumption of Google, Apple, Facebook, and Microsoft combined.

California Crude: Seeking a Just Transition in the Golden State, with Kyle Meng 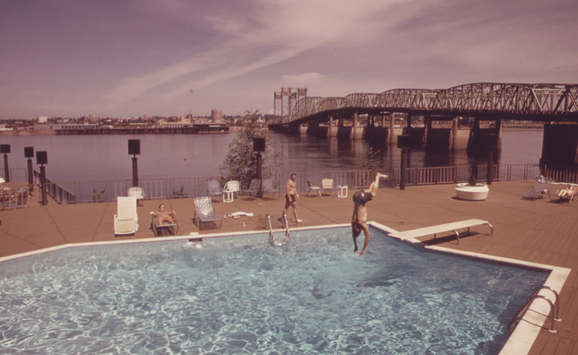 Meeting the US Nationally Determined Contribution and Saving Lives