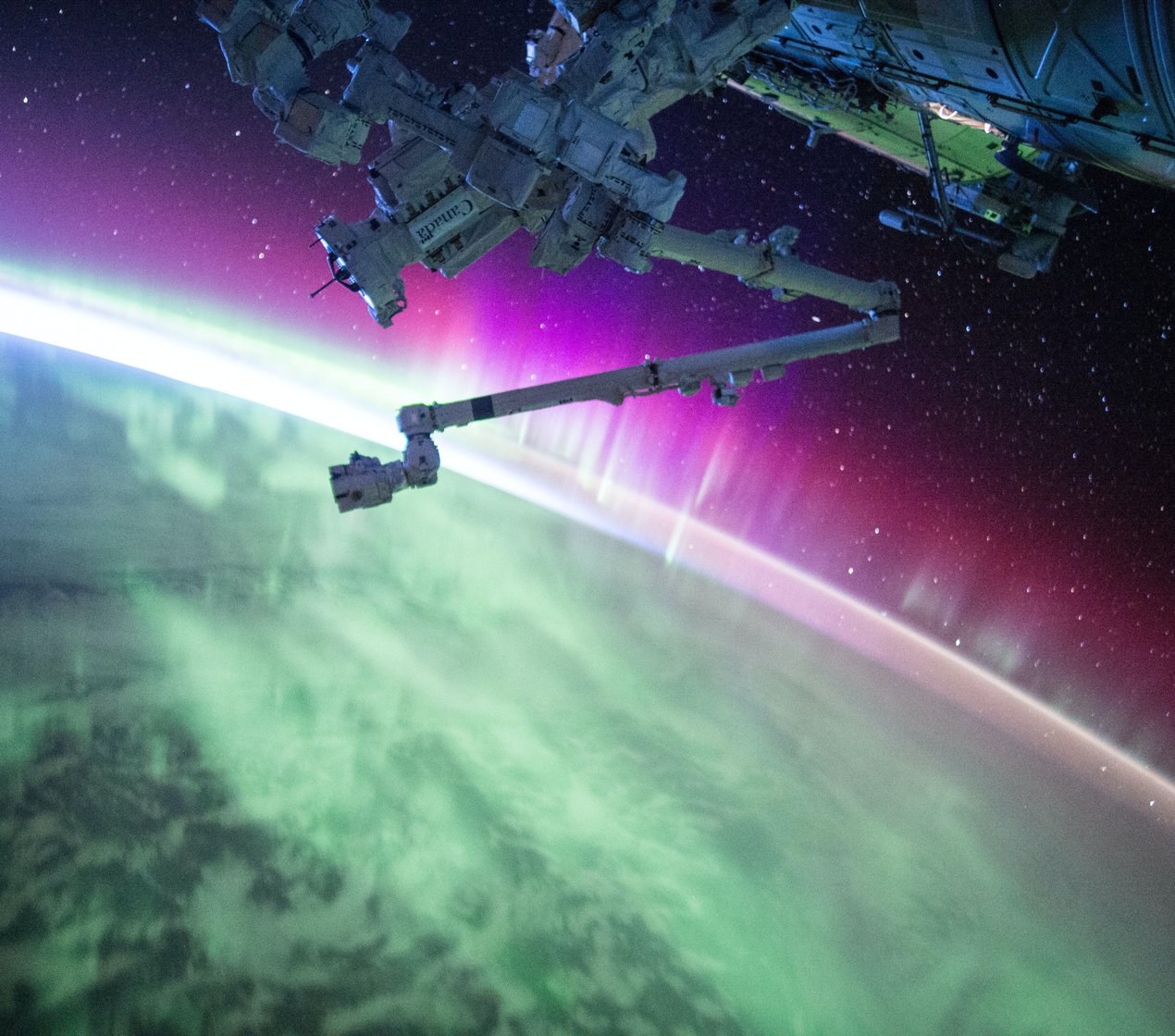 What are the ethical, political, and environmental consequences of private space travel?

With billionaires like Jeff Bezos and Richard Branson leading the way, the private space tourism industry is beginning to take off. Traditionally, spaceflight has been the domain of governments and their highly trained astronauts, and missions have been launched for scientific, technological, and political purposes. Today, entrepreneurs—like Bezos, who went into low Earth orbit on July 20 in his New Shepard rocket, and Branson, who visited space July 11 in the VSS Unity—are attempting to reshape our human relationship with outer space. But these missions are not without their critics: policymakers already have expressed concerns that space travel is becoming a pet project for the wealthy; indeed, Bezos was accompanied by the first paying customer in spaceflight history, and over the past decade, venture capitalists have invested almost $38 billion into space companies. Others worry that unregulated space travel will exacerbate pollution without actually contributing to society.

On a new episode of the Resources Radio podcast, Arizona State University Assistant Professor Timiebi Aganaba discusses the broader ethical and political challenges that people and societies will face as they venture into outer space. When considering the future of space, Aganaba cautions that as governments, businesses, and private citizens increasingly explore space, policymakers should consider how to ensure that all of humanity shares in the benefits. “The way human beings act is first come, first served—which means it's always going to be the rich and powerful who are going to be the first people that get there and get those resources,” Aganaba says. She also points to more nuanced concerns about space travel that could go unresolved absent a clear governance regime in outer space. For instance, she notes that sending more satellites into space expands global internet access, but may simultaneously block astronomers’ view of the night sky.

How can the federal government incorporate environmental justice concerns in its decisions related to infrastructure investments?

Since President Joe Biden took office, policymakers have been working to institute a series of ambitious energy and climate policies, many of which are included in either the party’s $3.5-trillion budget blueprint or a $1.2-trillion bipartisan infrastructure framework. But the ultimate impact of federal infrastructure investments also will depend on how the administration factors environmental justice into its decisionmaking. In January, President Biden issued Justice40, an executive order which set the goal that 40 percent of the benefits of federal energy and environmental spending will reach disadvantaged communities. Earlier this week, the administration unveiled more details behind the plan, including a set of tentative standards for defining “disadvantaged” before the end of the year and a list of 21 federal programs which will pilot the implementation of the order.

At an event this week—the latest in RFF and the Urban Institute’s ongoing environmental justice series—panelists explored how the federal government’s infrastructure investments can better incorporate equity concerns, especially through modifications to traditional benefit-cost analysis. Responding to questions from moderator Margaret Walls, RFF Senior Fellow Leonard Shabman pointed out that agencies do not have uniform policies for conducting benefit-cost analyses for infrastructure projects, while the Urban Institute’s Carlos Martín emphasized that “none of these benefit-cost analysis tools [used by the government] were designed to actually consider equity.” Going forward, the panelists considered how federal agencies can better incorporate environmental justice into their decisionmaking—with Shabman suggesting that new agencies be formed specifically to consider environmental justice, and Amy Chester of Rebuild By Design warning against “piecemeal” efforts that don’t actually transform how the government considers infrastructure investments. The panelists discussed the new details released by the Biden administration about the Justice40 initiative: “It’s a great start in the right direction,” said Chrishelle Palay of the Houston Organizing Movement for Equity Coalition. “But I am concerned about how it trickles down to the community level.”

How can policymakers and researchers alike account for uncertainty in the future costs of energy technologies?

The fate of President Joe Biden’s ambitious decarbonization goals will hinge, in part, on how quickly clean energy technologies advance—but predicting future trends presents a challenge, given that the costs of solar, wind, and batteries have declined far more dramatically than most experts have predicted. Such uncertainty prompts the question: What policies will most effectively accelerate technological progress and secure a clean energy transition? The administration has advocated strongly for new clean energy tax credits and a clean electricity standard. Despite his skepticism about some other environmental policy proposals, moderate senator Joe Manchin (D-WV) has been a strong proponent of more federal funding for energy research, development, and demonstration projects. His $95-billion proposal for the bipartisan infrastructure framework creates a federal program to help struggling nuclear plants stay online; the framework also funds demonstration projects approved by the Energy Act of 2020. RFF research finds that funding advanced energy research could significantly reduce future costs.

Elena Verdolini, a researcher at the RFF-CMCC European Institute on Economics and the Environment, recently coauthored a journal article that compares how two broad types of forecasts of energy technology costs—those based on expert elicitation and those based on modeling methods—perform when assessing the future costs of energy technologies. The authors contend that such a comparison is essential to ensure researchers have more empirically grounded evidence in integrated assessment models, in benefit-cost analyses, and to design cost-effective policies and business plans to promote a carbon-neutral, sustainable economic system. The comparison of expert- and model-based forecasts with observed 2019 costs over a short time frame shows that model-based approaches outperformed expert elicitations although both types of models underestimate technological progress for almost all the technologies they examined, which include nuclear energy, solar power, and offshore wind. A later comparison of 2030 cost estimates then shows that expert-based elicitations tend to produce narrower uncertainty ranges than model-based predictions. Because accounting for such uncertainty is essential for forecasts, the authors recommend further research to investigate “how to reduce expert overconfidence” and note that a clear history of underestimating technological progress suggests the need for “increased efforts in data collection and publication.”

A space launch like the one completed by former Amazon CEO Jeff Bezos this week produces roughly the same amount of emissions as a single car traveling 1.8 million miles.

Exploring the Future of Space Governance, with Timiebi Aganaba 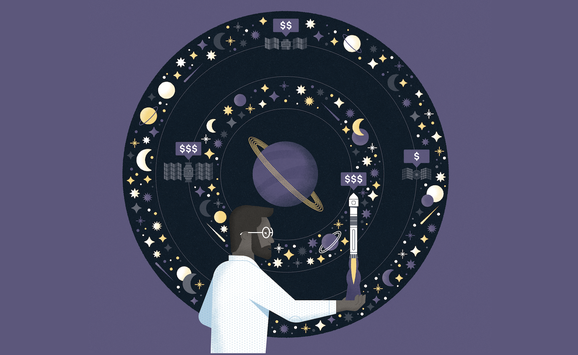 Space: The Next Great Market Opportunity 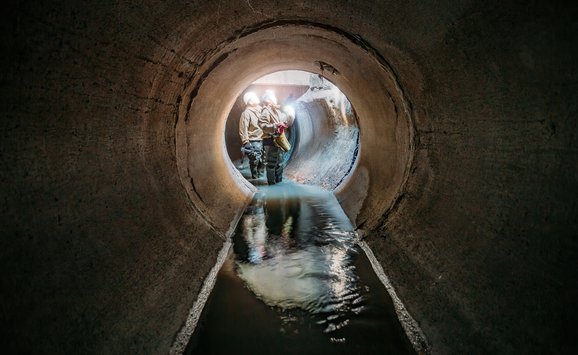 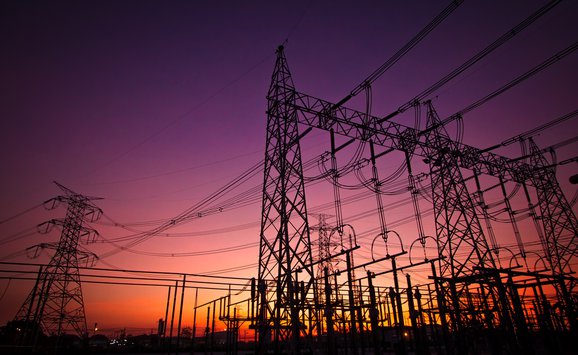