A View of the Environmental Policy Landscape from Outside the Beltway: An Interview with Paul Portney 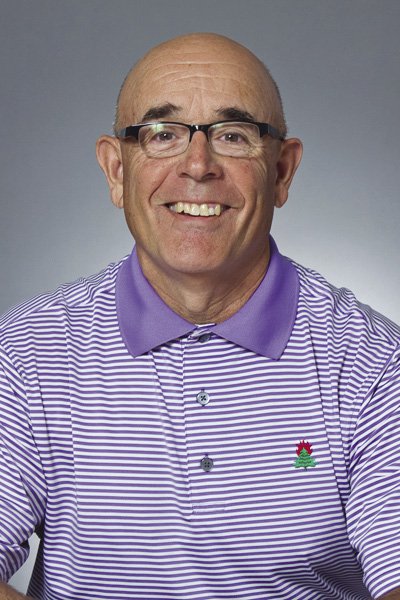 In 2005, former RFF president and senior fellow Paul Portney ended his 33-year stint at Resources for the Future and headed west to become the dean of the Eller College of Management at the University of Arizona. He discussed how this move changed his perspective on environmental policymaking and the challenges posed by inequality, climate change, and water availability in a recent conversation with RFF Communications Director Pete Nelson.

PETE NELSON: When you left RFF, was it your sense that the timing was right with respect to broad shifts in the environmental policy and economic landscapes?

PAUL PORTNEY: At the time, I felt like there was less interest in the kind of objective analysis that RFF specializes in than there had been at any previous time in Washington because of an increasingly dysfunctional policy milieu at the national level. Related to that, I began to believe that it might be easier to make changes through the business community than through the political system. So the opportunity to be a business school dean was more attractive to me than would have been the opportunity to head a public policy program or something like that at a university.

I found that at the University of Arizona—and I think at all business schools—business students are increasingly interested in finding a way to make a good life for themselves while also doing good things for the country. That’s really refreshing. Business schools around the country have social venture programs and talk more about corporate social responsibility than they ever did before. Marketing and finance are still the principal reasons people get an MBA, but, increasingly, there is a lot of student interest in clean energy, water resources, and other environmental issues.

NELSON: Once you moved to Arizona, how did your view of the landscape of environmental policy writ large in America expand beyond a Washington perspective?

PORTNEY: Going out West gives you a different perspective on things. People don’t live and breathe what happens in Section 502b, Subsection c of an environmental regulation. They have bigger things on their plate: “ How am I going to make a living, grow my business, and keep my house at a time when the economy is cratering?” After all, when I started as dean, the economy was just beginning to melt down.

There also is a bigger appreciation in the West for land use issues than environmental regulatory policy issues. Arizona, in particular, is a big agricultural state. It’s also a big mining state. So when I talked to people or read the papers there, they were more concerned with whether the Rosemont Copper Mine would get permitted than with power plant regulation or water pollution controls.

But it’s also the case that had I moved to California from Washington, my experience would have been different because California is much more engaged in environmental regulation—more so than even Washington now. In Arizona, they still have that frontier mentality. “The least government we can have is the best” is the sentiment of many in Arizona. I recently retired and moved to California, and I really went from one extreme to the other.

NELSON: You mentioned the economic meltdown, and it strikes me that one of the conversations we’ve had over the last year or so at RFF concerns the issue of economic inequality and the fact that people are reluctant to reach into their pockets and pay for public goods when they are struggling to make ends meet. At the same time, many of the environmental solutions that might make sense on the economist’s blackboard can have regressive consequences. How do you see this intersection between inequality and the need to safeguard the environment today and for future generations?

PORTNEY: I think one of the real challenges that the environmental advocacy community faces is that if inequality persists or gets worse, it’s going to be hard to maintain the same kind of public support for environmental protection measures as was the case, say, between 1970 and 2000.

For people who care about continuing to protect the environment, we have to find a way to ease the burden on not just those in the bottom income bracket but increasingly even those at the lower middle part of the spectrum. Over the last 15 years, income per capita for those in the middle has stagnated or even decreased a little bit.

I’m on the board of a small, publicly traded electric utility in the Midwest in Missouri, and we are finishing up two major investments: putting a new air quality control system on a coal plant and replacing coal units and a couple of inefficient gas units with a combined cycle unit at another plant. Together, those two investments will cost the company $300 million and may increase electricity rates—I don’t know—10 percent, let’s say. That’s in a relatively poor part of the country. I think people are going to be more sensitive to this kind of thing in the future and are going to be asking, “Well, what’s this going to cost?” Their support will be partially conditional on that cost.

NELSON: That becomes an ethical problem and also a political problem. The idea that if you tax an environmental “bad” people will use less of it has come into wide acceptance. But so often the response from policymakers is “You know, I love market-based approaches. Now if you can just do it without increasing the prices voters face, we have a deal.”

PORTNEY: I think that’s true, and I think that’s why when you hear discussions about, say, a carbon tax, the conversation usually goes “Okay, great; we’re going to tax carbon. What taxes are we going to reduce?”

A carbon tax would have to be revenue neutral in able to make it politically palatable—certainly to almost all Republicans and maybe to some Democrats, too. If you want a carbon tax, for every dollar in carbon tax revenue that you expect to raise, you’re going to have to reduce other taxes—whether on labor or capital or corporate income—by just as much. So it’s definitely a challenge. My concern is if you look at the prospects for the US budget in the years ahead, we’re going to need some revenue “positivity,” not just neutrality.

This goes to the previous point that we were discussing: in the past when people felt like they were getting wealthier, they might have been willing to support measures that would increase environmental costs to them. That gets to be a much tougher sell now.

The good news is that RFF is well ahead of the game, as far as I’m concerned, on a carbon tax and most environmental issues. I can hardly claim to be objective, but RFF has done a terrific job of becoming a resource, including to people implementing policies under the Regional Greenhouse Gas Initiative in the Northeast and the cap-and-trade system in California. The locus of power for environmental regulation has shifted to the states, and I think RFF has become a valued resource for them in the same way that it has been for those policymakers in Washington who care about independent, high-quality analysis.

NELSON: In 2007, you wrote a popular policy commentary for RFF asserting that the two biggest environmental problems facing the United States and the world are climate change and vanishing open space. Do those still stand to you as the biggest challenges?

PORTNEY: Yes. I haven’t changed my point of view on that although I would amend it slightly. I would add that water availability will be a third major issue in the years ahead. This may be a function of having spent nine years in Arizona and now having lived in California for what will be a year at the end of May.

We’ve had more than a decade of severe drought in the West. RFF has worked on water issues for a long time, going back to Chuck Howe, who directed the Water Resource Program from 1965 to 1970, and continuing with Kenneth Frederick, who joined RFF as a senior fellow soon after. The policy prescription that Ken and others put forward is that we have to price water more sensibly. We can’t just give it away to farmers or anyone else. It’s the right policy, but, again, it will make water more expensive. In Arizona and California, where water bills can be very high, that is going to be a tough sell. But I think that’s the way we’re going to have to go, and I have a greater appreciation for water availability than I did before moving west.