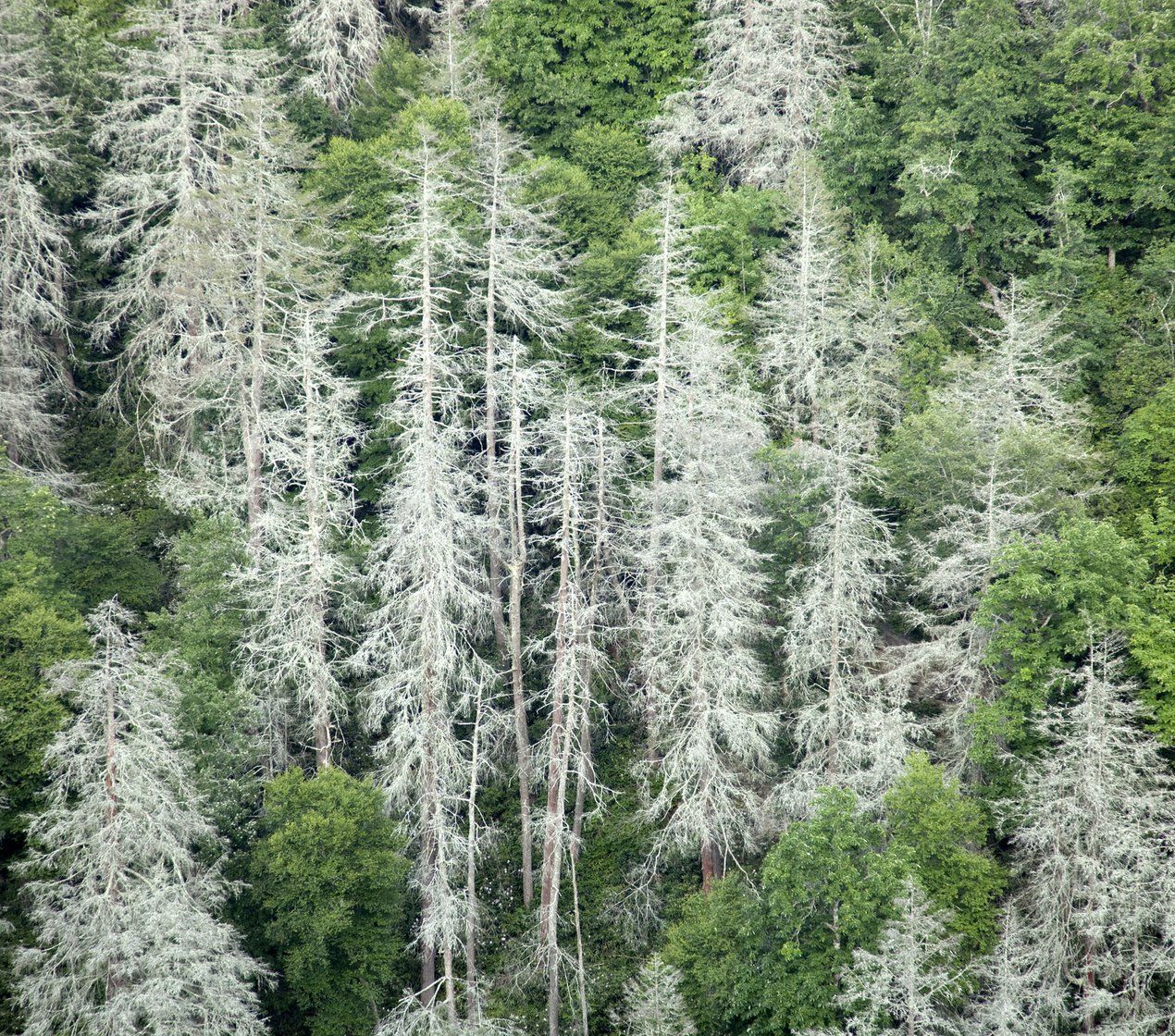 Eastern Hemlocks killed by invasive pests in the Appalachians. | mophojo/iStock/Getty Images Plus

Invasive pests cause extensive damage to both US ecology and the US economy. The US Department of Agriculture estimates that invasive plant pests and diseases cost the United States $40 billion annually from direct damages. These costs include effects on native species, crop loss, eradication, removal, and control efforts. Because plant and forest pests can easily travel to the United States in agricultural shipments, then traverse the country in truckloads of firewood, for example, their eradication continues to prove difficult. Yet, just as the winter months offer reprieve from more familiar pests like mosquitos, extreme cold—like a polar vortex—can kill off the eggs and larvae of forest and agricultural pests, and can slow, or even reverse, their spread. This means that farmers and foresters use fewer pesticides, have healthier plants, and avoid the costs of plant disease and diminished productivity in coming years.

Entomologists have long been researching the impact of severe cold snaps—like the January 2019 polar vortex—on the spread of forest and agricultural pests, including two species that threaten forests in the Eastern United States, the hemlock woolly adelgid and the balsam woolly adelgid. These invasive, aphid-like insects from Asia were accidentally brought to the United States. As their names suggest, these species attack North American hemlock and balsam forests, laying eggs in woolly masses on the underside of branches, called ovisacs. These ovisacs contain up to 200 eggs and remain present throughout the year.

As these invasive forest pests have spread across the Eastern half of the United States, their economic and ecological damage has proven substantial. Fortunately for American and Canadian forests, these critters are vulnerable to severe cold, as documented in a series of studies by entomologists and forest biologists. In 2014, a cold snap driven by a polar vortex hit the East Coast and Appalachia. The cold killed off billions of immature adelgids in their ovisacs, and the populations of both pests plummeted, slowing their expansion and impacts in the forests of the mid-Atlantic and East Coast regions.

However, not all invasive forest pests are equally vulnerable to severe cold. Gypsy moths, brought originally to the United States in the 1860s, spread from Medford, Massachusetts, to the entire Eastern half of the United States. They appear well-adapted to survive long, freezing winters because their egg masses are typically insulated from severe cold under the snow. The emerald ash borer, one of the most devastating invasive forest species, has destroyed tens of millions of ash trees, and did not show vulnerability to cold in the 2014 polar vortex. It continues to ravage America’s ash forests. Foresters across the Midwest and East Coast are waiting to find out if the effects of 2019’s polar vortex are different.

Although severe cold does not affect all pests the same way, experts maintain that cold snaps serve an important function in protecting the nation’s forests and farms. In an interview on NPR’s Here and Now, Lee Frelich, director of the University of Minnesota’s Center for Forest Ecology, noted that a hard cold—below zero degrees Fahrenheit—can have positive effects on ecosystems, including reductions in the populations of invertebrate pests. It’s all the more concerning, then, that the number of cold snaps experienced during the winter season is declining.

According to the World Weather Attribution group at Climate Central, while the frequency of polar vortexes may increase with climate change, extreme cold snaps are far less frequent, and shorter in duration, than they were at the start of the twentieth century. For instance, in Minneapolis, December temperatures have increased by an average of 5.4 degrees Fahrenheit from 1970 to 2016, making it one of the areas where “winters are warming the most.” This means that across the temperate and colder regions of our country, there are fewer extreme cold events that kill off larvae and eggs, and more chances for pests to spread in our forests and farms, which will have profound consequences on America’s ecology and economy. 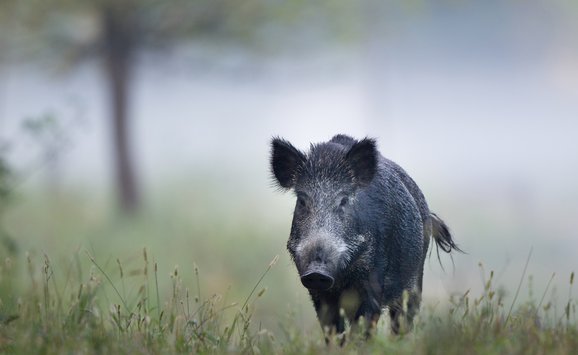