Spring is here, bringing a boom in plant life that provides a huge food source for insects, including many invasive species. These nonnative pests are brought to the United States as hitchhikers in the cargo of ships and aircraft, the baggage of international travelers, and through internet sales of plants and fruit. Once they arrive and establish themselves, invasive species can easily spread from one area to another. These pests move around naturally but spread further and faster within the country when transported in truckloads of firewood, shipments of fruit or plants, and on vehicles—or even in the mud caked to the bottom of your hiking boots or waders.

According to the US Department of Agriculture, these “hungry pests” cost the nation over $40 billion per year—in terms of both direct damages to native species, crop loss, and eradication, removal, and control efforts. To highlight the issues, the agency designated April 2018 as “Invasive Plant Pest and Disease Awareness Month.” Along the East Coast, such pests include the Asian longhorn beetle, the emerald ash borer beetle, and the European gypsy moth, among many others. In addition to insects, invasive pathogens bring diseases such as citrus greening and sudden oak death, imperiling some of America’s most ecologically and economically valuable species. Invasive forest pests, for example, can harm timber production, opportunities for outdoor recreation, and biodiversity. They can also affect forest water retention and hydrology, carbon sequestration, and vulnerability to wildfire. With warmer temperatures and longer growing seasons due to climate change, these pests can now live and reproduce in ever-expanding regions of the United States. 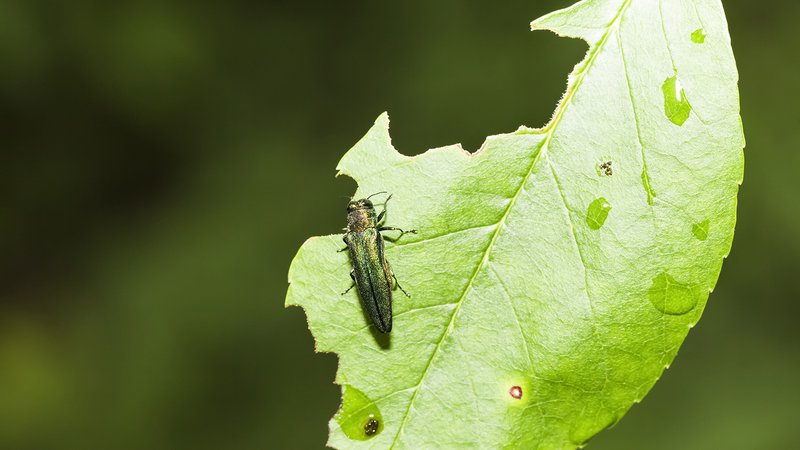 To help address these threats, experts in RFF’s Land, Water, and Nature Program bring an economic lens to policy analysis to develop and assess management options for combating invasive species. For nearly a decade, RFF’s Rebecca Epanchin-Niell has used economic analysis to identify the most cost-effective strategies to prevent the entry of invasive species (including those threatening forestlands and agriculture)—and, where they are already established, to detect and control them.  Economic tools can help decisionmakers determine how to effectively allocate funds across a variety of activities to manage invasive species.

Economic analysis can also help decisionmakers better understand individuals’ roles in invasive species spread and management, as well as how to design programs and incentives to encourage individuals to reduce invasion risk. Knowingly or inadvertently, individual citizens spread invasive species that harm forests and agriculture. Driving with a trunk full of firewood from one location to a national park in another state, for example, can bring a hungry beetle or pernicious blight to a stand of intact forest. Similarly, invasive pests that could decimate crops and forests in the United States can hitchhike on fruit or souvenir plants brought home when people return from travel abroad.

But individuals can also serve as part of the solution and support broader policy efforts to combat invasive species. For USDA’s “Tree Check Month” last August, Dr. Epanchin-Niell wrote about the role of public education and citizen action in monitoring for invasive species, such as the Asian longhorned beetle. Because invasive pests can be first encountered in public forests, privately owned forest land, urban trees, and agricultural fields, regular citizens have an important role in reporting a new insect or other pest. Individual citizens may see a dying or infested tree, a strange new blight on a plant, or an unfamiliar insect in a state park. Policymakers can create proactive programs to raise awareness and encourage public participation in pest detection (as in the case with efforts to spur greater public reporting about the spotted lantern fly in Pennsylvania and Maryland). Fostering citizen science and data collection systems to track invasive species before infestation becomes a crisis can help avoid worst-case scenarios.

In a comprehensive review article on the “Economics of invasive species policy and management” in the journal Biological Invasions, Dr. Epanchin-Niell details how individuals and trade contribute to the spread of invasive pests in forests and examines the use of economic analysis to develop efficient policies and strategies for addressing the threats. In her review of the literature, Dr. Epanchin-Niell notes some key questions: For instance, how can policymakers and private landowners increase the cost-effectiveness of their efforts to manage invasive species by developing multi-species approaches or through collaboration? Public and private decisionmakers have different incentives, risk tolerances, and timeframes for responding to invasive species. How can private landowners be incentivized to address the broader ecosystem impacts of bioinvasions, in addition to responding to their own private economic values and concerns?

Given a wide array of possible approaches to invasive species—including prevention and interdiction, surveillance for early detection, and control and eradication programs—policymakers and land managers need to weigh complex trade-offs in allocating resources. Which combination of approaches will be the most cost-effective for a specific biological invasion and context? Economic analysis including Dr. Epanchin-Niell’s research offers helpful tools to develop and identify practicable solutions to reduce the costs and ecological damage from invasive species and support the health of forests and agricultural systems across the United States. We all have a role to play—including individual hikers, campers, fisherman, arborists, gardeners, and other citizens—in protecting against the spread of invasive species. 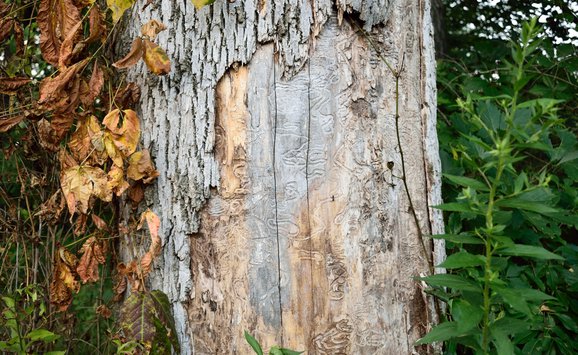