Fuel Security Concerns in PJM and ISO-New England—Are they Justified? 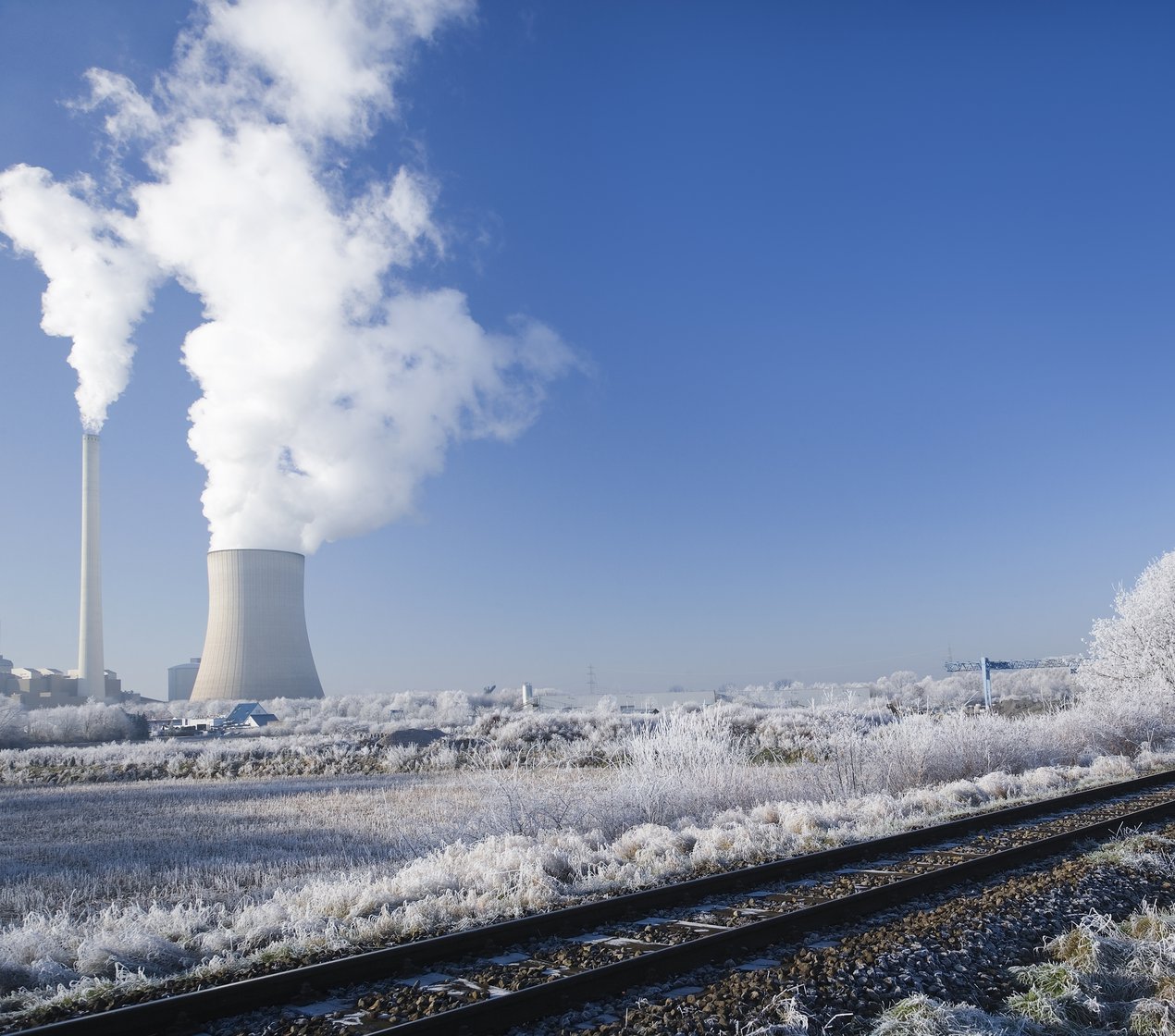 Fuel security, or the availability of fuel—especially during a supply disruption—has been of particular concern to many grid regional transmission operators (RTOs) over the past year. In part, this focus has stemmed from the Trump administration’s concern about the accelerated retirements of many coal and nuclear plants, both of which are able to store fuel onsite, and growing reliance on natural gas, where storage options are more limited.

PJM, the RTO covering thirteen states plus DC, recently released their fuel security analysis that projected the impacts of different scenarios on the availability of fuel in the PJM region and, consequently, the ability of the electric grid to function reliably. The study modeled 324 different deterministic scenarios (based on a variety of assumptions such as extreme cold weather, unexpected high electricity demand or load, fuel availability, and number of plant retirements) to stress-test the fuel delivery system over a 14-day period during the delivery year 2023/2024. Based on the scenario runs, the report concluded that lack of fuel security (including both on-site availability and robust fuel delivery systems) is not a threat to reliable electricity supply in the PJM region under “all but the most extreme scenarios.” Interestingly, the study did not do an explicit assessment of the probabilities associated with the various scenarios considered.

Despite its findings that fuel insecurity is not a pressing concern for the region, the report goes on to state that valuing fuel security attributes, or the ability to have a certain quantity of fuel set aside and available for use, in wholesale markets is justified. While not yet explicitly defined, “fuel secure” resources would likely be coal and nuclear plants that are able to hold fuel onsite for extended periods of time, unlike natural gas plants whose lack of onsite fuel, the study claims, could pose a threat during extended extreme weather events.

So why is PJM trying to solve a problem it does not technically have? As the study suggests, the PJM generation resource mix is able to meet demand reliably in the near future, and other threats to reliable electricity supply may be more worthy of attention. The foremost threat to reliable service facing the electrical grid today is from adverse weather and mostly impacts distribution and transmission, not generation (see Grid Strategies report).

But PJM’s concern with fuel security stems from long-run trends, not from short-run reliability or resilience. Over the past few years, low natural gas prices have driven the retirement of many coal and nuclear plants in favor of natural gas plants, and this trend is expected to continue. Their official fuel security problem statement notes: “an increased reliance on any one resource type introduces potential fuel security risks not recognized under existing reliability standards.”

How much of a risk do these long-term trends pose for PJM’s reliability, and does this risk justify action? In the study, the “extreme” scenarios that required emergency actions (rolling blackouts) modeled extreme cases of accelerated coal and nuclear plant retirements (and consequently high market penetration of natural gas) paired with a 14-day bout of extreme cold weather and an extreme case of no available non-firm gas. “Non-firm” refers to gas contracts that are interruptible, meaning that the gas can be diverted toward other uses if necessary. This typically occurs during cold periods when the gas is redirected to meet increased demand for heat. If such a scenario were to materialize, the study showed that the system would be at risk. But each of these scenarios alone is very unlikely, and the probability of them all occurring at the same time is even less. The extreme weather scenario is described as a 1 in 20-year event. The escalated retirements case also assumes that the reserve margin will drop to the required 15.8 percent by 2023/24, a quick and substantial decline from the current oversupply of generating capacity in PJM and current projected reserve margin of 25.8 percent that accounts for announced retirements between now and the study period.

By the study’s own assessment, the risk to PJM in the near-term is very low. But if this trend toward more reliance on natural gas continues, could fuel insecurity arise in the future? Perhaps, but the likelihood of that depends on a variety of factors, which become apparent through a comparison to a region that may already be facing this risk.

Threats to fuel security due to overreliance on natural gas have also been an issue of concern in the New England region, but the problems there are near-term and more likely than those found in PJM. The Independent System Operator of New England (ISO-NE) fuel security report released in January 2018 predicts that the ISO will have to take emergency actions (including rolling blackouts) to meet electricity demand by delivery year 2024/25 under almost all circumstances evaluated due to a high penetration of natural gas and high retirements of remaining coal and nuclear plants.

Unlike PJM, ISO-NE already heavily depends on natural gas. In 2018, ISO-NE relied on natural gas for nearly 50 percent of electricity generation while PJM relied on gas for only about 30 percent of generation, with nuclear and coal contributing substantially to generation, though some plants may have retired since. It could still take several years for PJM to catch up to this very high penetration level of natural gas.

Notably, after receiving stakeholder input, ISO-NE issued revised study results in March that included several additional scenario model runs with adjusted baseline assumptions in line with stakeholders’ expectations. These adjusted scenarios show that the new baseline level of renewables expected by 2024/25 would greatly reduce the risks of fuel insecurity, so it is possible that New England’s official study may have overstated its problem and understated the role of renewables in addressing the issue.

Even if PJM does eventually catch up to New England, this does not necessarily mean that it will face similar fuel insecurity problems from gas (which may already be overstated in New England). Unlike ISO-NE, which depends exclusively on natural gas imports that can be constrained by limited pipeline capacity, PJM is endowed with high in-region natural gas production in Pennsylvania, Ohio, and West Virginia that could allow for easier access to the fuel. PJM also covers over 243,000 square miles—over three times the area of ISO-NE’s 72,000 square miles—and could benefit from a greater variation in weather patterns and available resources across the region. Consequently, the chance that the entire PJM region will be hit by a cold snap at once is likely lower than the same incident occurring in New England.

Addressing the risk of fuel insecurity requires proper evaluation of fuel supply-related risk, as well as the corresponding benefits and costs of minimizing it. ISO-NE may likely face fuel-related risk in the near-term and may benefit from risk mitigation, depending on what a longer-term solution looks like. But in PJM’s case, the risk level seems to be quite low, while the proposed theoretical solutions would likely be very costly. The only modeled scenarios that required emergency actions were the combination of three unlikely scenarios all occurring at the same time (extreme weather, extreme retirements, and no non-firm gas availability). The likely high cost of providing additional incentives to fuel-secure plants (many of which may be uneconomic) in order to protect against this seemingly low risk could result in very high costs for little benefits.

PJM’s existing market structure may also already be equipped to handle risks to fuel security if they arise. PJM’s capacity performance rules, which were implemented after the system experienced capacity shortfalls during the 2014 Polar Vortex, require that generators that receive payments for having capacity available when needed face non-performance penalties if they are not available for dispatch during performance assessment intervals (PAI), which are times when emergency actions are triggered. If sufficiently large, these penalties should create incentives for generators to find ways to insure they have access to needed fuel to produce when called on to do so. Since 2014, PJM already saw an improvement in response of generators during the latest 2019 Polar Vortex in preparing for cold weather in order to ensure performance. If natural gas plants were to continually face fines due to inability to deliver power when called, then this could signal market exit to gas plants that cannot find ways to improve their ability to deliver power and encourage other types of generators to enter or remain in the market.

Even if gas does reach a high penetration point on the system, potential fuel insecurity may not be the only issue facing the region—rather, concerns of natural gas price volatility and growing carbon emissions, particularly to the extent that gas displaces non-emitting nuclear generation, could be even more pressing issues to address. At least in the near-term, explicitly rewarding fuel security as a standalone attribute in PJM operated markets may be costly and not provide substantial benefits for PJM.