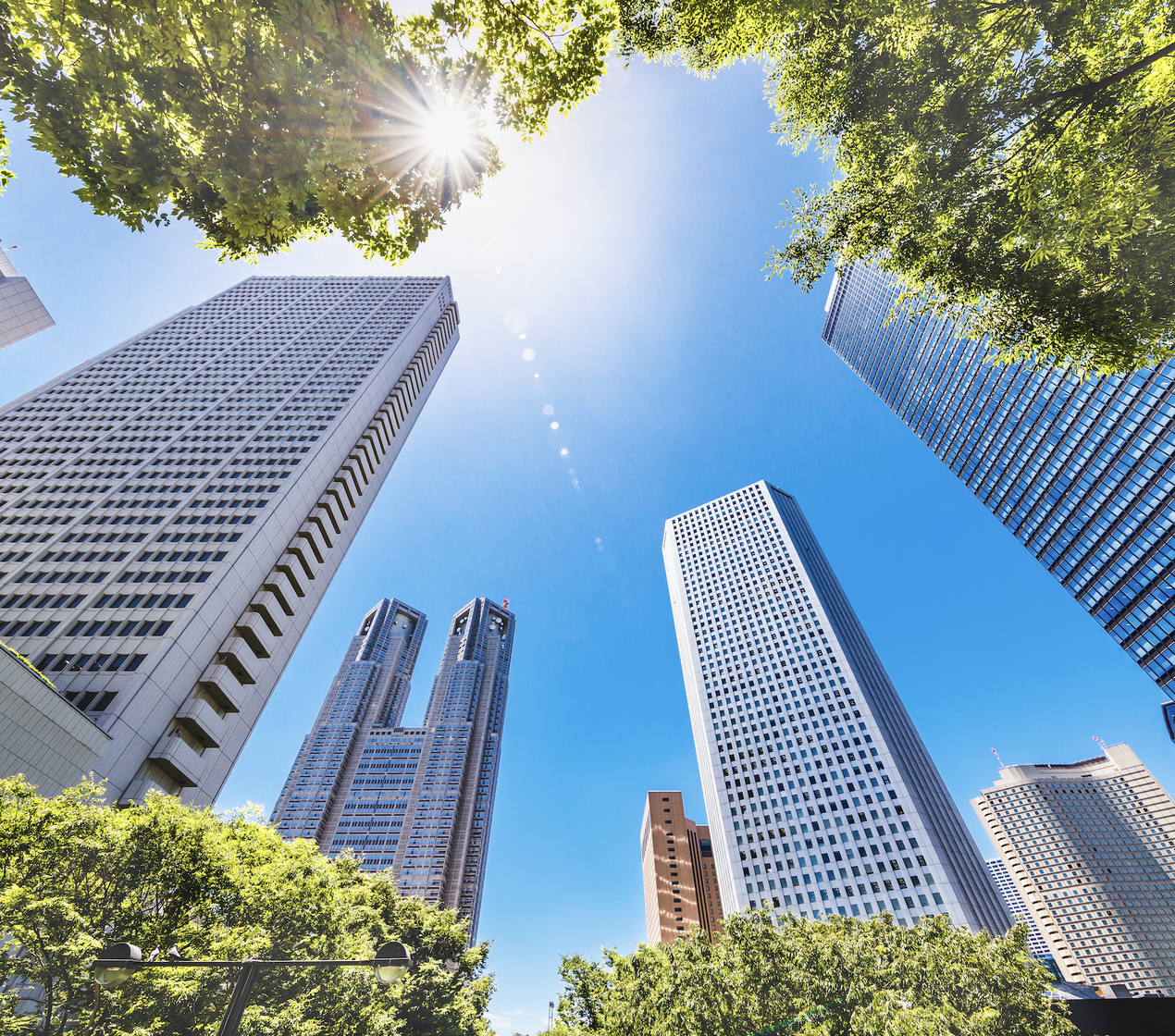 Environmental Insights is a podcast hosted by Robert Stavins, a professor at the Harvard Kennedy School and a university fellow and co–vice chair of the board of directors at Resources for the Future (RFF). The podcast features interviews with insightful members of research institutions, government, nonprofit organizations, and the private sector who speak to the intersection of economics and environmental policy. The conversations often cover topics related to market-based approaches to environmental preservation. Transcribed here is one recent episode, in which Stavins talks with economist Maureen L. Cropper about her career in environmental economics, the social cost of carbon, the future of climate policy, climate activism, and more.

The transcript of this conversation has been edited for length and clarity.

Robert Stavins: You studied economics at Bryn Mawr College as an undergraduate. At that point, were you already thinking about the environment? Or did that part of your research interests come later—perhaps in graduate school?

Maureen Cropper: Actually, the environment didn’t come to my attention until my first academic appointment, which was at the University of California, Riverside. I majored in economics when I was in college, and when I was at Cornell for graduate school, I was really doing more monetary theory. My dissertation was on bank portfolio selection with stochastic deposit flows. I got a job offer from the New York University business school, but I wound up going to UC Riverside because it was a joint job search with me and my partner at the time. I arrived at UC Riverside in 1973, and that’s when I became an environmental economist. Around this time, in 1974, the Journal of Environmental Economics and Management was started.

My partner did not get tenure at UC Riverside, so we went on the job market together. And luckily for me, I received an offer from Maryland; I have been here for more than 40 years.

You’ve been an assistant, associate, and full professor at Maryland—and now, on top of all that, you’re a university distinguished professor. Along the way, at some point, you spent a substantial period of time as lead economist in the research department of the World Bank. Can you talk about that? How did that come about, and what was the experience like?

I should say that, when I was at Maryland, I also began an affiliation with Resources for the Future (RFF), which actually happened before I went to the World Bank. I was a Gilbert F. White Distinguished Visiting Fellow at RFF, which had a huge effect on my career.

Can you talk about the tremendous changes that have taken place in the scholarly world of environmental economics? Do any particular changes or trends stand out to you?

One thing that’s clearly happened in environmental economics is a move toward empirical work and adopting what I would say are the quasi-experimental methods that have been championed and advanced by economists. If we think about the balance, let’s say, for economists and environmental economists doing what’s considered theoretical work versus empirical work, I would say the balance really has shifted. As time has gone by, a lot more attention has been given to the use of big data to evaluate environmental programs. I think that has been a quite remarkable and good trend—the use of empirical data is appropriate for answering certain questions.

A Brookings paper by colleagues at RFF about the social cost of carbon values the metric at $171 per ton.

Yes, that’s definitely true. Together with Joseph E. Aldy, Maximilian Auffhammer, Richard Morgenstern, and Arthur Fraas, I coauthored a review piece that came out in the Journal of Economic Literature, which looked at the Clean Air Act after 50 years. In that article, we focus on reviewing published research that evaluates the benefits and costs of the Clean Air Act by applying quasi-experimental methods, ex post studies, newly available data sources, and even randomized control trials in some cases. But if you think about the state of environmental economics in the past several decades, it’s hard to imagine that these types of studies could have been written back in 1980. I think the fact that we have this large body of literature attests to the way that environmental economics has evolved with the profession.

What’s your assessment of the current US administration’s environmental and resource policy? Any aspects of it that you’re particularly following?

For those who may not be familiar with the social cost of carbon, it’s a number that essentially refers to the present discounted value of the future stream of health and environmental damages from carbon emissions that are released at some particular time into the atmosphere. The estimate may increase if the new Interagency Working Group lowers the discount rate from three percent to two percent and makes other changes. These updates would increase the current interim value, which I believe is $51 a ton.

And if you make other changes in the modeling of emissions based on temperature, damage functions, and other impacts on climate, then you’ll certainly see an increase in the social cost of carbon. A Brookings paper by colleagues at RFF about the social cost of carbon updates certain components of the analysis and comes up with a value of $171 per ton, based on a current discount rate of 2 percent. I think it’s very likely that a revised value could approach $200—and in any case, the new estimate would be much larger than $51.

Speaking of the social cost of carbon, which obviously is associated with global climate change, can you tell me where you are along the spectrum of optimism to pessimism about progress on climate change policy in the United States?

From a great distance, I’m not very optimistic about the rate at which greenhouse gas emissions are being reduced.

As we wrap up our conversation, I want to ask for your personal reaction about some big changes in recent history, namely youth movements of climate activism. They were striking for the first time in the United States and Europe in 2019; took a bit of a hiatus during the pandemic; and then came to the fore again, particularly in Glasgow at COP26 in 2021. What’s your personal reaction—as an economist, a mother, an individual, or however you’d like to respond? What’s your reaction to these youth movements of climate activism that we see today?

I think it’s wonderful to see people—full stop—but especially young people interested in doing something and getting behind solutions to climate change. One hopes that, as the next generation grows up and matures, they will indeed have different attitudes. I have four children, a stepchild, and three grandchildren. I do see their attitudes, which really are very encouraging to me in terms of what’s happening in the country as a whole. It does seem like a very good indicator or bellwether, one hopes, of things to come. All I can say is I really hope that, going forward, these young people will continue to have the attitudes that they do now.

For more, listen to the full podcast episode.

Lessons from 50 Years of the Clean Air Act, with Maureen Cropper 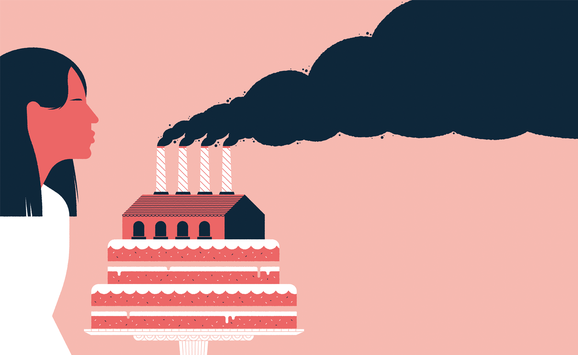 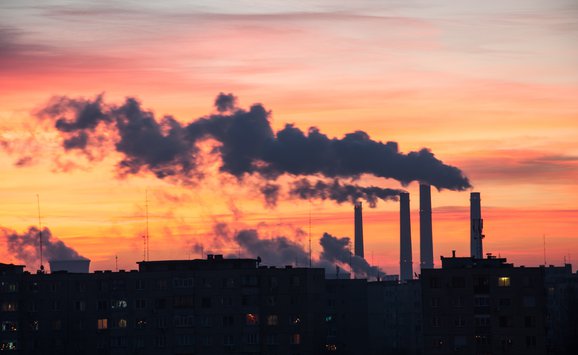