The Social Cost of Water Pollution 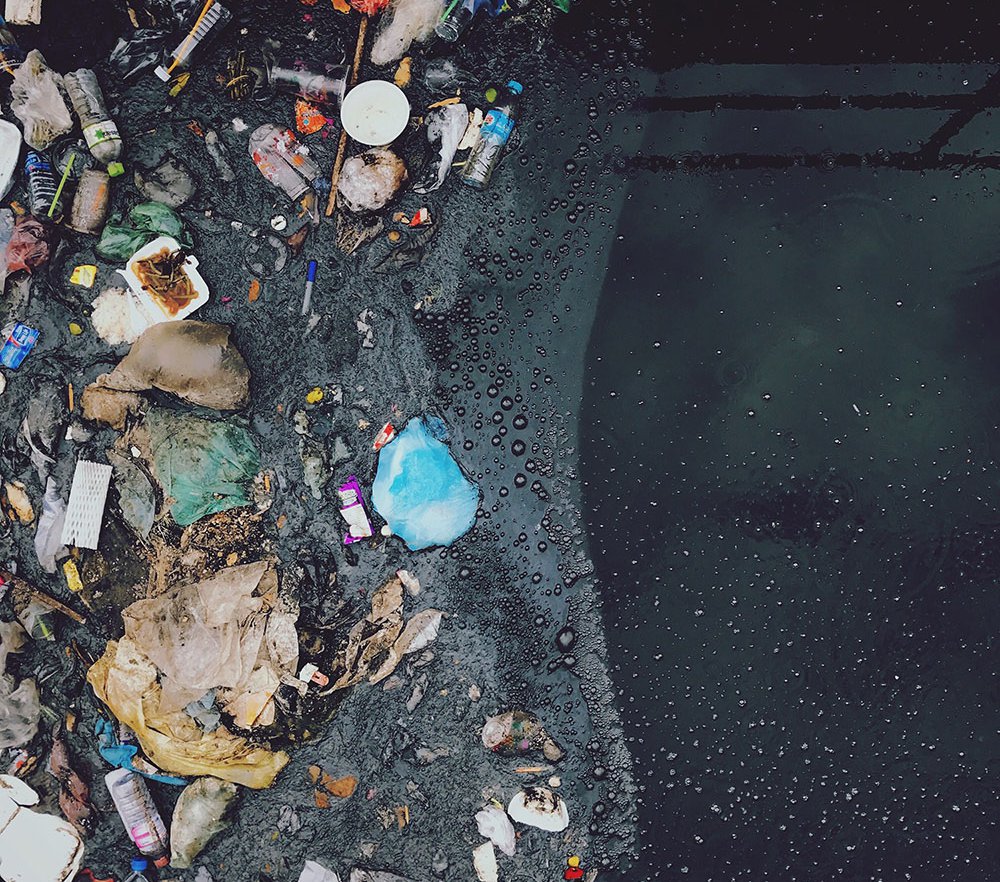 Water is a ubiquitous natural resource that directly affects our daily lives. We consume water directly, utilize it for household production activities, and enjoy it for recreational and aesthetic purposes. Water also supports wildlife and biodiversity near our homes and communities and is used in the production of food and most consumer products—few manufacturing processes do not employ water in some manner. Additionally, natural streams and lakes can generate value simply through their existence and/or preservation in natural states. Water sources are often publicly available for people to withdraw from and use as they wish, to recreate in, and, unless regulated, to dispose of pollution into. Water pollution is therefore a classic externality, or unintended side effect, which in many cases requires government intervention to efficiently address.

There are many possible institutional responses to pollution externalities. Emissions taxes, cap-and-trade programs, technology standards, and other regulations are examples of tools that can be used to address these external costs. For example, in a cap-and-trade system, emitters would need to buy additional allowances to compensate for added pollution. Implementing these responses, however, requires an understanding of the size of the externality. When there are pollution externalities, markets fail to accurately convey the social costs associated with the degradation. In these cases, a useful concept is the social cost of pollution: the cost to society that arises due to a change in pollution levels.

While the social cost of pollution has been discussed in the context of water quality, it has received less attention than the social cost of carbon. This may be due to the critical role of “place” (i.e., where the pollution is occurring) in water pollution research, which considerably complicates estimating the impacts of pollution. The emission of one ton of carbon contributes the same to climate change regardless of where it is emitted, and so carbon from populated urban areas, pristine wildlife habitats, or in already polluted locations generates the same social damage. This is in stark contrast to water pollution. For example, pesticides entering waterways near major drinking water sources are likely to impose much higher social damages than the same quantity entering waterways far from human consumption sources. Likewise, nutrient (nitrogen and phosphorus) pollution from urban and agricultural lands generates smaller damages in waterways where existing emissions are low, since there is a high remaining capacity for dissipation, relative to waterways with high existing levels of nutrient concentrations.

Toxic leakage into streams from mining, and contaminants of emerging concern such as per- and polyfluoroalkyl substances (PFASs)—which are man-made chemicals—can be highly concentrated in distinct locations where damages are high but have little reach beyond those areas. Arsenic, lead, and polychlorinated biphenyls (industrial products or chemicals) are just a few examples of water pollutants that are likely to be found at high concentrations in localized areas.

In addition to the highly variable locations of water pollutants, the impact of these pollutants can differ considerably depending on the characteristics of the area in which they occur. Locations with high populations of people, endangered species, important wildlife habitat, or popular recreation opportunities will generally have higher social costs from a given level of pollution than less densely populated or less sensitive environments.

Generating a comprehensive estimate of the social cost of water pollution, even for a single pollutant for a single region or watershed, will require identifying the sources of pollution, how those pollutants move through the environment, the impact on ecosystem services, and how the services are valued by people. In short, it is not very meaningful to talk about a single social cost of water pollution except on a conceptual level.

Schematic of the Components of the Social Cost of Water Pollution

A Conceptual Diagram of the Social Cost of Water Pollution: When a pollutant is released into the environment, the resulting social costs will depend on how far that pollutant travels and what the impact of the pollution is on downstream water quality (changes in physical, chemical, and biological indicators). In turn, the change in social costs from the new levels of pollution depends on how the reduced water quality affects ecosystem services in the downstream locations (i.e., changes to services that people care about such as clear water for swimming, safe drinking water, or clean water that supports a variety of native flora and fauna) and the loss in value from the services among those affected by the reduction. A simple conceptual diagram is depicted on the opposite page. This figure sketches the pathways through which pollutants ultimately affect humans and contribute to the social cost of water pollution.

At the top of the schematic is the initial discharge of pollution into the environment. The social costs of this will depend on the location of the discharge, as well as the quantity and type of pollutant. A few examples include chemicals, suspended solids, and toxins. Depending on the pollutant and current state of the environment, changes will occur in physical, chemical, and/or biological indicators. These changes can occur in local waterways or far downstream, depending on the water system into which the pollutants are discharged.

A wide variety of changes can occur due to the introduction of pollutants. These range from effects on dissolved oxygen availability and temperature of the water to changes in nutrient and contaminant concentrations. Biological changes can include directly observable effects on flora and fauna to more visually subtle changes that alter bacteria, zooplankton, and insect populations. These changes in turn alter the ecosystem services available for use by humans. These services are far-reaching and range from potable water to the support of commercial fisheries, aesthetics, and recreational uses. It is important to note that the mere alteration of the ecosystem from the introduction of pollutants may cause loss of nonuse value—the value that people place on a clean environment without necessarily interacting directly with it. To complete an estimate of the social cost of water pollution for a given region or pollutant, the monetary value of each of the services must be identified and tallied.

How Important is Water Quality?: Although researchers and government agencies have made great strides in understanding the economic value of water quality, we still lack defensible estimates of the social costs of water pollution and how they vary across space. Recent research has highlighted the fact that many water pollution regulations in the United States fail a cost-benefit analysis. This may be due to several reasons, including, as highlighted above, an inadequate accounting of the costs of water pollution. A number of basic facts about how people use water and how closely water is intertwined in our daily lives suggests that these costs may be extensive. Although some facts are available, more research is needed to translate these facts into actual estimates of damages.

US Rivers and Lakes: In total, roughly 142 million Americans live within 25 miles of major US rivers or lakes, or nearly 50 percent of the US population. This number is even larger when considering coastal areas—it rises to over 200 million individuals and approximately 66 percent of the US population. As these figures make clear, there are large swaths of the United States in which population is concentrated near major rivers and waterbodies, with only a few exceptions in the middle of the United States and Mountain West. If water quality in these places affects how people benefit from proximity to rivers and lakes, then pollution may generate significant costs through the visible degradation of waterways.

But Americans not only live near water, they also make extensive use of it for a number of different purposes. Outdoor recreation is an enormously popular leisure activity. Many of these activities relate directly or indirectly to water—swimming, fishing, paddling, and bird viewing are activities that all have direct ties to the quantity and quality of water in a region. Over two-thirds of the US population participates in these types of activities each year. Further, according to the US Fish and Wildlife Service, nearly 36 million US residents fished, over 11 million hunted, and 86 million engaged in wildlife watching in 2016. While not all directly related to water, many of these activities would have been undertaken on or near waterways, and others would be supported by healthy aquatic and riparian (the area between land and a water body) ecosystems.

Most academic and government studies of the benefits of water quality improvements have focused on the recreation component of the social cost of water pollution. Among a number of likely reasons for this, the sheer magnitude of households participating is likely to generate significant benefits. In addition, the primary federal legislation governing water quality in the United States, the Clean Water Act, has as one of its primary goals to make all rivers fishable and swimmable.

This focus notwithstanding, clean water also plays a vital role in human health. Evidence suggests that many Americans are exposed to polluted drinking water, and violations of drinking water standards from public supplies affect tens of millions of Americans each year. These issues extend to private drinking water sources as well. Nearly 15 percent of Americans—or 43 million people—drink water from private wells. These wells are not regulated under the Safe Drinking Water Act, and exposure risks from drinking contaminated water are poorly understood in this population. A 2009 United States Geological Survey study found that nearly 23 percent of 2,100 sampled wells had at least one contaminant of concern, including nitrates, heavy metals, and bacteria. Further emerging sources of concern include harmful algal blooms, PFASs, and numerous other toxic contaminants. Finally, health concerns extend to contact with polluted water. A recent US Environmental Protection Agency study indicates that 3.5 million Americans are exposed to bacteria in coastal water that result in skin rashes, pinkeye, respiratory infections, and hepatitis.

However, uses of water resources extend beyond amenities, recreation, and human health. Commercial fisheries, industrial uses, and river transportation rely on water, and these are also likely to be concentrated along major river systems and coastal areas. And, even beyond the direct utilizations of water, there is evidence that, even if people are not using a particular water source, they still value improvements in water quality and the healthy ecosystems supported by clean water.

Final Thoughts: Policy discussions related to water quality would benefit from estimates of the social cost of water pollution that are comprehensive but still consider the location of affected water sources. To develop such metrics at the national or subnational scales, it is necessary to highlight the concept of the social cost of water pollution and identify some of the information already available from prior research. Major efforts by academics, governments, and others have pushed forward our understanding of the social costs of carbon and local air pollutants, but we lack similar comprehensive estimates at a national scale for water. Obtaining such estimates would help guide policy recommendations for where resources could be targeted best, in order to achieve the highest rate of return on efforts to control water pollution. As we spend tens of billions of dollars each year on these endeavors, understanding the benefits, not the least of which is human health, is as important as ever.