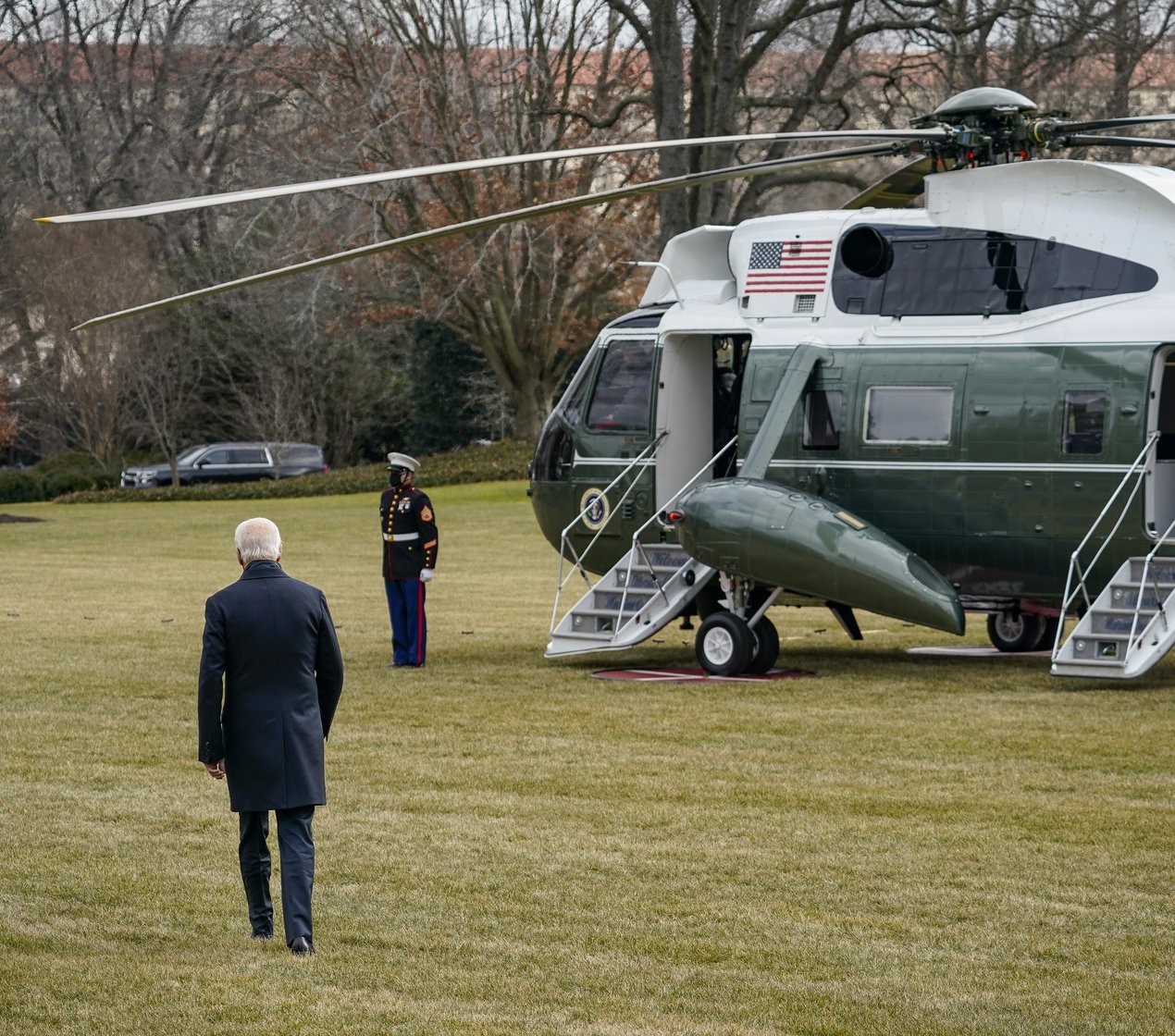 RFF University Fellow and Harvard Professor Robert N. Stavins recently hosted Yale Professor Daniel Esty on an episode of the Environmental Insights podcast, to talk about what the election of President Joe Biden means for climate policy. The two scholars, both members of RFF’s Board of Directors, discuss the history of environmental policy since the George H. W. Bush administration, the priorities of key figures in the Biden administration, and prospects for significant environmental legislation in a sharply divided Congress.

This transcript of their conversation has been edited for length and clarity.

Robert N. Stavins: I’m guessing that you were rather critical of a number of the Trump administration’s moves in the environmental realm.

Daniel Esty: As you are quite right in suggesting, I found a good bit of what the Trump team did to be steps backward across a range of issues that I care about. It was surprisingly easy for Trump to make an argument that somehow we didn’t need protection from environmental harms; we didn’t need action on climate change. That so many people seemed to think that was a reasonable suggestion was distressing to me. For all of us who care about the issues of climate change, air pollution, and water quality, it was a big reminder that we needed to be more careful, more rigorous, and really sharpen our thinking and present a case to the public.

That is one of the most distressing things about the unfolding of policy over the last several decades. If we go back 30 years to even the George H. W. Bush administration, you also find a moment, now seemingly very distant, when the parties worked together on a number of these issues. That was my formative time in government, and I do think it is enormously valuable, if you want to make transformative change happen, to do so on a basis in which both parties come along.

You and I think about this all the time in our work with Resources for the Future: How can we establish some of the elements that need to be done on a more bipartisan basis?

The dramatic change over time that you’re describing is well quantified by the fact that the Clean Air Act Amendments of 1990 passed in the House of Representatives with large majorities of Democrats and Republicans. Fast-forward to the Waxman-Markey legislation in the Obama years focusing on climate change, which passed the House with 83 percent of Democrats and 4 percent of Republicans. Just a dramatic shift over those years.

The key is that when you have both parties overwhelmingly vote as they did for that 1990 Clean Air Act, then they’re invested in making it work, rather than showing how the other party screwed up. I was there at the US Environmental Protection Agency (EPA) trying to implement this new statute, and there was a lot we got wrong, which is always the case when you do something big and transformative. But both parties worked to clean it up, and that’s what I think we haven’t seen in recent years. I’m hoping this administration might move us back.

Let’s get to the heart of the matter. What will be the impacts of the November election—both the change in the presidency and the changes in Congress—on environmental policy?

We’ve already seen a tremendous amount with President Biden’s executive orders. A number of things that the Trump team had pulled back, in terms of what the Obama position was, now are pushed the other way again. We see that in most striking terms in rejoining the Paris Agreement. But you also see it in the personnel. What a big signal of commitment to send John Kerry out as our “climate envoy.” What an enormously important place to put Gina McCarthy, former head of EPA, as the domestic “climate change czar.” It gives meaning to what President Biden has promised will be an all-of-government approach to climate change and to advancing sustainability more generally. Michael Regan at EPA, Jennifer Granholm at Energy, and even people like Janet Yellen at Treasury are already being highlighted for their commitments to action on climate change.

Janet Yellen had a long history previously in government of being greatly interested in climate change policy. And you mentioned John Kerry: His appointment strikes me as just perfect for what’s needed, because normally the head of the negotiating team for the United Nations Framework Convention on Climate Change is someone who has to really be in the weeds. But we now have the Paris Agreement negotiated, so what's needed now are diplomatic skills.

There’ll be a big push, as we approach that November COP26 gathering in Scotland, to have countries demonstrate renewed commitment and increased ambition to speed up the pace at which decarbonization takes place. I think John Kerry is the one who could say, “The United States is back in this agreement and is serious of purpose in terms of its own strategy for emissions reduction,” and he will be able to tell that story with conviction to leaders across the world.

You mentioned Gina McCarthy. That appointment also strikes me as ideal, and I say that because submitting the papers on Inauguration Day to rejoin the Paris Agreement was the easy part. The hard part will be coming up with a new nationally determined contribution of what the United States will actually do—something that’s sufficiently ambitious but also credible, with reasonably anticipated policy actions. My understanding is that Gina McCarthy’s job is going to be to try to coordinate that across the entire government.

Exactly right, and I think she is going to be good at corralling the different parts of the government. And frankly, Rob, one of the things that I think you and I are going to welcome in the coming weeks and months is the shift in the debate from whether we need to decarbonize to how to do it. This is something that our colleagues at Resources for the Future have been thinking about, and I think there’s a good team now in place to help move that discussion forward.

I’m excited about having a commitment across the administration to good science, good data, and good analysis. The elevation of the White House Science Advisor to Cabinet-level status is a signal of that, and an important one. It is a promise, really across America, that we’re going to build on the best evidence we can establish and drive policy from there.

Many of our listeners to this podcast are in other parts of the world, and, although they may be aware that the Democratic Party controls both the House and the Senate, they may not be aware of the specific issue that it’s a one-vote majority in the Senate. I’m interested in your thoughts. What’s your thinking, Dan, in terms of the possibilities of major climate legislation over the next two years?

Rob, I would say your analysis is, if anything, too kind to the Democrats. It’s really a 50-50 Senate split between the Democrats and Republicans, and among the 50 on the Democratic side are several senators who have indicated some degree of skepticism in the past about climate change policies. It’s going to require real leadership. I do think the Obama administration had a very powerful majority early on, but was unable to get that Waxman-Markey bill through the Senate. In fact, it was never even voted on.

Even though they controlled 59 votes—57 Democrats and 2 Independents who caucused.

What the failure of Waxman-Markey says to me is that the policy framework being advanced wasn’t the right one. As time passed, it became very hard to sell the story of that pathway to decarbonization to the senators representing coal states. I think we’re going to need to see a new set of approaches to the strategy of moving to clean energy, and I’m excited about that, because I think it offers the possibility of bringing together a broader coalition across party lines.

If major climate legislation proves infeasible, what do you think about the possibility of including some climate aspects, either in the economic stimulus package or in an infrastructure bill?

I expect you’re going to see the major opportunities for legislative action come in exactly those two places. I think there will be an infrastructure bill. I think there will be significant elements of it designed to lay the foundation for the transition to a clean energy economy of the future, and I expect it will have things like a build-out of charging stations to make it easier for electric vehicles to take root in America. I think it will include significant commitments to really get at the racial disparities that arise in terms of pollution exposure.

But I would tell you that I’m also excited about the potential for further action within the existing authority that the executive branch has. I’ll just give you one big example that I think is potentially significant, and that's the possibility of having the new administration—especially a new Securities and Exchange Commission—require mandatory reporting by public companies on sustainability performance. That’s a topic I’ve been working on, and I think it has great potential. I think that can provide a significant, nonregulatory incentive for behavior change.

For more, listen to the full podcast episode.

Member, RFF Board of Directors; Hillhouse Professor at Yale University

Tracing the Historical Arc of US Climate Policy, with David Hawkins 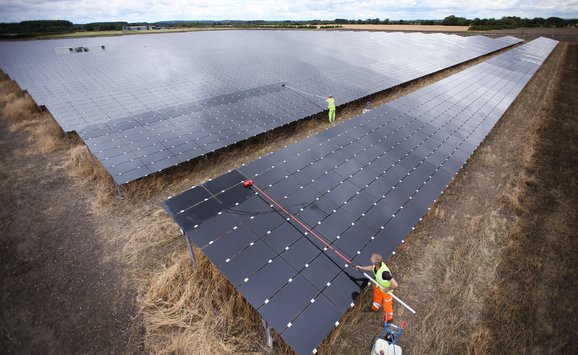 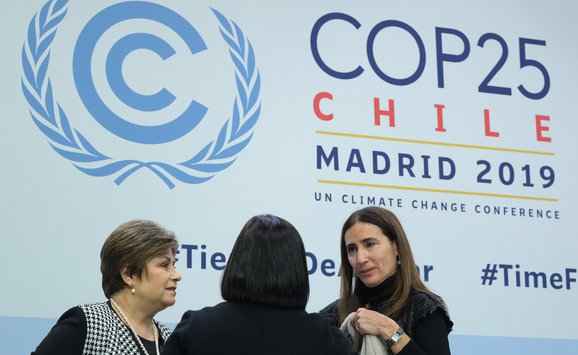