A Solution to the Competitiveness Risks of Climate Policy: Countervailing Duty Law 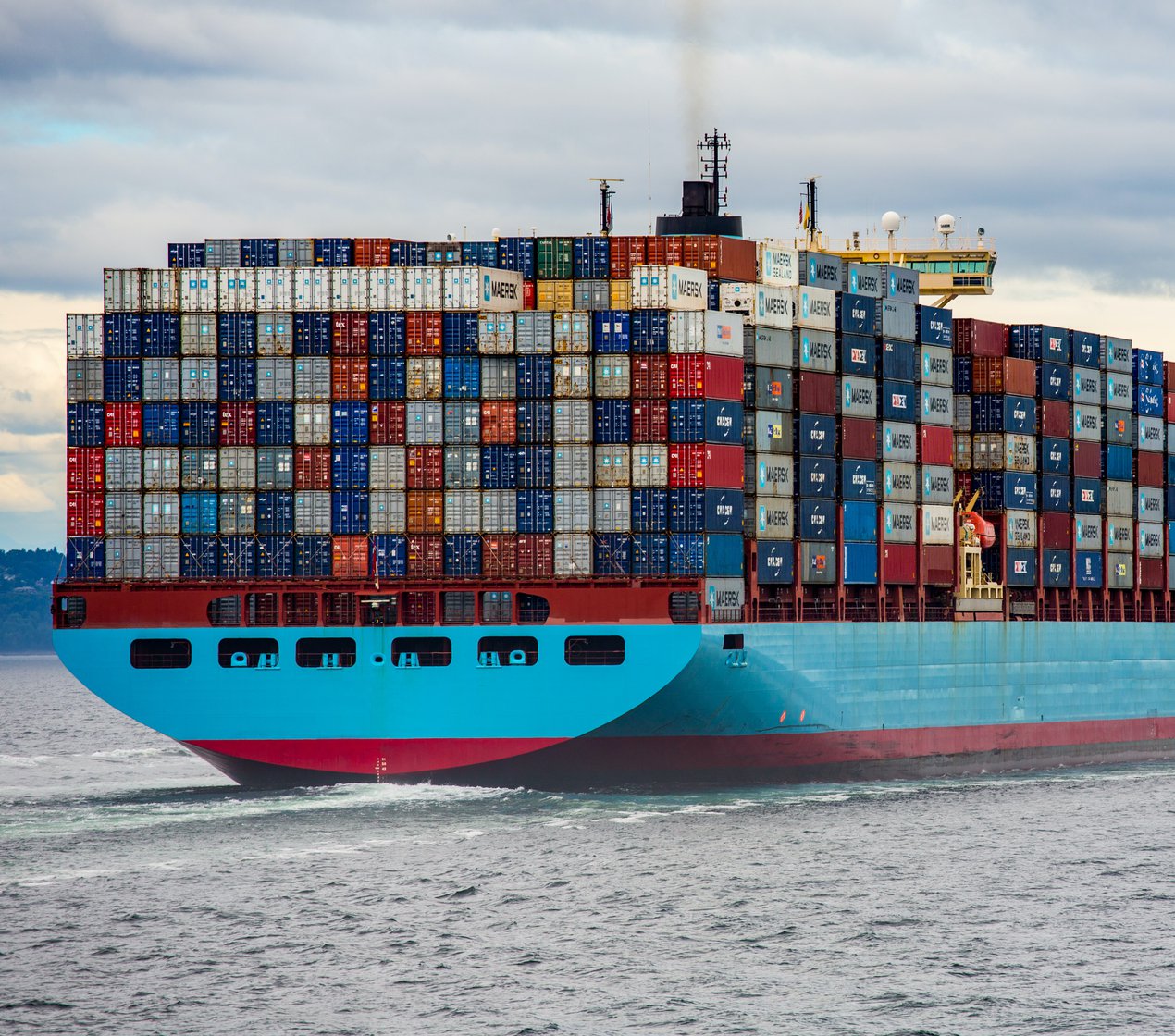 Without the need for new legislation, the United States can work toward its ambitious climate goals and ensure a level playing field for American businesses by using countervailing duties under international trade law.

Over the past year, governments across the world have called for more ambitious goals to combat climate change. Many countries, including Japan, have pledged net-zero emissions goals by mid-century, with China aiming to do so by 2060. In April, the Biden administration pledged to cut US emissions in half by 2030 as part of a broader set of aims that includes an emissions-free power sector by 2035 and net-zero emissions economy-wide by 2050. At the same time, some national governments have raised concerns about the potential for ambitious emissions mitigation policies to impose adverse competitiveness pressures on energy-intensive domestic industries that could in turn result in emissions leakage. Leakage happens when emissions reductions in a regulated region are undermined by increased emissions in other regions due to the relocation of industrial activity to unregulated areas. While economic evidence is mixed about the competitiveness risks of climate change policy, the issue is politically salient.

To address such risks, policymakers have turned their attention to border carbon adjustments—a surcharge on imports from countries that implement relatively less stringent climate policies. Some recent examples: political leaders in the United Kingdom have discussed a tariff on the carbon content of imports, the European Union proposed a carbon border adjustment mechanism in July, and the Office of the US Trade Representative noted its consideration of carbon border adjustments in the US government’s 2021 trade agenda.

In a new issue brief, I describe the policy principles that could guide an effort to implement US trade law in mitigating competitiveness risks and reducing leakage, and I elaborate on how US countervailing duty law could effectively satisfy these principles. Three policy principles can guide the design and application of trade policy that is associated with ambitious US domestic climate policy: First, enable broader political support for domestic climate policy. Trade-related measures can help level the playing field and prevent carbon leakage; however, a prevalent perception is that regulations disadvantage American business and workers relative to foreign competitors. To counteract that perception, US climate policy can be designed to avoid the relocation of economic activity to other countries and retain environmental benefits. With these reassurances, business, labor, and the general public may be more willing to support an ambitious domestic emissions mitigation program.

Third, leverage more ambitious climate policy abroad. The design of trade policy can empower the executive branch as the administration engages in global climate policy. Given the emergence of border adjustments on the international agenda, the US government needs to have access to and discretion over these tools.

To satisfy the three principles listed above, help level the playing field for American business and workers, and reduce carbon leakage as part of domestic climate action, policymakers could apply an existing trade remedy tool—countervailing duty law (CVD). The US Department of Commerce could implement the CVD tool through a regulation under existing statutory authorities, thereby avoiding the need for new legislation. The CVD mechanism is recognized under international trade law and is based on the acknowledgment that certain government interventions in the market cause distortions to trade and confer unfair advantages on certain economic actors. A CVD on subsidized imports provides a remedy for US workers and businesses that are injured when, for example, a subsidy is applied unfairly. The existing CVD statutory authority can be tailored to address variation in the ambition of climate policies among countries. This climate-oriented approach to CVD could build on recent, innovative applications of CVD tools to address foreign currency undervaluation.

Like much of current US energy and climate policy, this tool is imperfect—but it can provide a stopgap measure for taking action now to advance more ambitious climate goals in the United States and abroad. In doing so, CVD can counter the criticisms that new climate change policies and regulations will shift jobs overseas; the CVD approach also can highlight the need for trading partners to enhance the ambition of their domestic programs.

Under current law, climate policy in the United States is characterized by a patchwork of energy and environmental tax expenditures; appropriated spending; and regulations at federal, state, and local levels of government—all of which make it difficult to deliver on the Biden administration’s ambitious climate change goals. Current policies are subject to legal uncertainty, such as emissions regulatory standards; political uncertainty, such as tax credits with sunset provisions; technological uncertainty, such as the innovation necessary to decarbonize the economy; and environmental uncertainty, such as the eventual emissions-cutting outcomes of a complicated, overlapping policy patchwork. Crafting a durable economy-wide, long-term, emissions-cutting program requires new legislation. But in the interim, making progress in combating climate change, driving innovation, and leveraging partners around the world necessitates the use of all existing authorities by the Biden administration, as effectively as possible, until Congress passes a credible, durable climate change policy.

As a part of this effort, the Biden administration can explore ways of applying existing trade law, such as CVD, to ensure that competitiveness pressures do not result in emissions leakage and in jobs shifting to other jurisdictions that have insufficient emissions mitigation policies. First, the US Department of Commerce could draw from President Biden’s Executive Order 13990 issued on January 20, 2021, which calls for consideration of the social cost of carbon in an array of decisionmaking beyond its past use in regulatory evaluation. Second, the Department of Commerce could coordinate with the State and Treasury Departments to negotiate an acceptable carbon price among trade partners. Third, the Department of Commerce could work with other US government agencies and attempt to estimate the cumulative regulatory burden associated with an array of energy, environmental, and climate rules on specific sectors in the United States (although I have doubts about the administrative feasibility of doing so).

With each of these three options, the comparability of such policies in foreign countries could be established by reference to the level of ambition contained in a foreign country’s nationally determined contributions under the Paris Agreement (e.g., through modeling analyses), or based on a more structured examination of the climate regulations undertaken by foreign governments in the economic sectors in which a CVD would apply. Regardless, the Department of Commerce could establish an effective consultation mechanism, with US environmental and economic agencies taking the lead—in a manner similar to the consultation mechanism with the US Department of the Treasury in the currency undervaluation CVD case—to screen a foreign country’s climate policy relative to the United States.

Making progress in combating climate change, driving innovation, and leveraging partners around the world necessitates the use of all existing authorities by the Biden administration, as effectively as possible, until Congress passes a credible, durable climate change policy.

But the extension of CVD rules to climate change policies in the United States faces challenges. Legal challenges will arise from the World Trade Organization (WTO) around questions regarding the applicability of WTO rules for actionable subsidies. The resolution of such challenges is likely to be slowed by disagreements among WTO member countries about the composition of and rules governing the WTO dispute settlement mechanism.

The elephant in the room is the question of the ambition of US domestic climate change policy. Some have noted how the recent interest in designing a tax on imports in the absence of a domestic price on carbon in the United States is “unusual” and “extraordinary.” The imposition of a CVD regime, combined with the failure by the United States to implement particularly effective climate policies, could invite retaliatory action by other countries. The simplest domestic mitigation policy approach that would legitimize a CVD or a carbon border adjustment mechanism more generally would be a carbon tax.

Ultimately, any trade remedy tool—whether a carbon border adjustment mechanism or otherwise—should be needed only on a time-limited basis, to address noncompliance with global climate policy goals. Such an approach would reflect a consensus regarding each participant’s efforts and contributions to address the climate crisis and avoid the need for remediation or enforcement mechanisms. Against the backdrop of domestic political pressures, however, a CVD mechanism that is focused on climate policies may provide an interim and targeted approach to level the playing field as global negotiations continue. 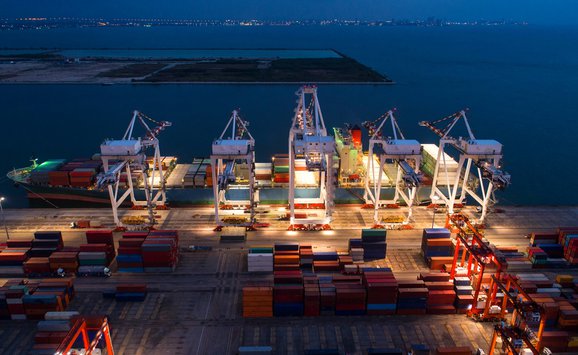 Addressing the Leakage and Competitiveness Risks of Climate Policy