It took less than a few days after its release on September 29 for the Department of Energy’s Notice of Proposed Rulemaking (NOPR) for a “Grid Resiliency Pricing Rule” to dominate energy policy discussions. The proposed rule sets up a requirement to procure capacity, at a price sufficient to cover costs, from generators who can keep 90 days of fuel on hand. The aim is to protect “grid resiliency” against the inability of some generators to get fuel, particularly natural gas generators during very cold weather. Even at this early stage, the intensity of the discussion suggests that the proposal—at face value, as a response to a potential market failure rather than only a move to favor particular political interests—could be of some use.

Let’s begin with “resiliency” or, to return to the tried-and-true term, “reliability” (to me, the two are synonymous, like “cease and desist”). Reliability is a major reason that the US electricity sector has continued to get policy attention even as competition has grown. If each supplier of electricity could restrict brownouts or blackouts to its own customers, people could buy and pay for the reliability they want, and “grid resiliency” would not be a concern for policymakers. This is not the case, however; reliability is what economists call a “public good.” If Generation Company Z, for example, cannot supply the electricity that its customers use, the resulting blackout affects all users on that system, not just those who purchase power from Company Z.

Before going on, a quick aside: “resiliency” as addressed by the NOPR has little to do with the outages that most people experience. The vast majority of blackouts arise because of disruptions to local distribution grids, typically from storm damage to power lines. The long-standing reliability concern behind this NOPR and decades of policy before it has to do with the very rare but very consequential blackouts that can occur with disruptions to regional transmission grids and wholesale generation, such as those in the Northeast in 1965 and 2003.

To reduce the possibility of rare but large-scale outages, electricity regulators have long established reserve requirements, which have persisted even with competition. Some countries and, to a large degree, Texas (which for technical reasons has a grid largely separate from the rest of the United States) have opted for “energy-only” markets. These markets allow energy prices to rise more than 100 times their normal level when supplies get tight, inducing generators to have capacity on hand to reap the rewards of such a big payday. Other parts of the country have opted for “capacity” markets, in which generators can get payments, on top of what they get from selling the energy itself, to cover the costs of making their facilities available.

The NOPR presumes that the capacity markets are not working. That may well be right. Capacity markets have two conflicting rationales. One is as an incentive to keep capacity in reserve in case of a sudden reduction in supply (e.g., due to the unexpected failure of a generation unit or transmission line) or spike in demand (e.g., because of a hot spell or cold snap). A second is for generators that are used, and not held in reserve, to recover “missing money” resulting from limits on prices set to deter incentives to manipulate markets or just to prevent politically unacceptable electricity prices. Moreover, as wind and solar have become a larger part of the US generation mix, these “intermittent” or “nondispatchable” sources create their own reliability concerns. Until large-scale storage becomes economical, generators that can be quickly ramped up or down will be needed to make up for lulls in supply from intermittent sources.

Putting this all together, we have two potential wholesale-level reliability issues: paying to keep capacity in reserve and having fast-ramping generation to help manage intermittent power sources. The recent NOPR adds a third. The NOPR posits that during cold snaps natural gas generation may not be available to meet demand because home heating needs take priority.

What, if anything, should regulators do? Economists usually answer this with “get the prices right.” As noted above, many (but not all) regulators do not trust either that wholesale energy markets are sufficiently competitive when supplies are tight or that generators or users can adjust sufficiently quickly to avoid outages—the mistrust that has warranted establishing capacity markets.

Inability to rely on energy-only markets need not mean that DOE has to specify the resources needed to deal with intermittency or unexpected supply shocks or demand spikes. It needs only to treat offers of energy or capacity as binding, subject to meaningful penalties for nonperformance. If a generator says that it will offer a given amount of megawatt-hours of electricity at a given time, it should be penalized if it fails to do so, by at least the cost a grid operator would incur to procure energy on very short notice to make up for that failure.

Such penalties would provide incentives for capacity to maintain “resiliency” when supply fails to meet demand, whether because of heat waves or cold snaps. (The mid-Atlantic grid operator, PJM, has taken steps in this direction). Grid operators or regulators could impose a penalty on suppliers, for what in effect is a breach of a supply contract, equal to the cost created by the failure to deliver. With adequate penalties, DOE need not determine what type of generators can meet capacity needs or whether 90 days of fuel on hand is necessary. As in other regulatory contexts, technological neutrality should be a guiding principle. In light of the risk that any type of generator may not be able to supply capacity when needed, the market, not the regulator, can and should decide whether certain types of generators can or cannot economically participate in capacity markets.

The technological neutrality principle goes hand in hand with another principle from antitrust—that the policy goal should be to protect competition, not competitors. A widespread if not prevailing opinion regarding the new NOPR is that it is not about protecting consumers. Rather, this view holds that the new proposed rule is designed mainly to protect particular competitors by funneling money from customers (who eventually pay for everything) to coal and nuclear generators that have lost out, likely because of declines in the price of natural gas and perhaps policies to promote renewable power.

If particular competitors are injured because of poor energy- or capacity-market design, in particular (i.e., a failure to hold bidders liable for nondelivery), that should be fixed. The case for protecting competitors against low prices is weaker. Low prices resulting from more competition and declining costs are good, not bad.

Stranded Costs, Takings, and the Law and Economics of Implicit Contracts

Political Economy and the Efficiency of Compensation for Takings 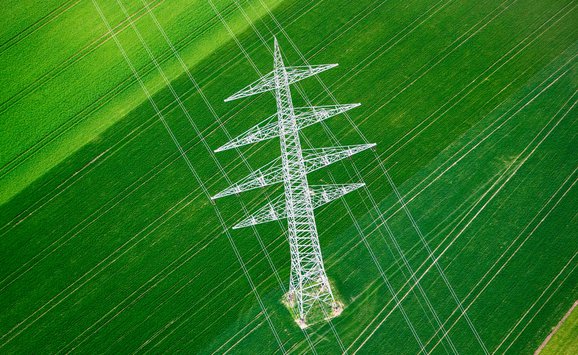