The US electricity sector is in the midst of a long-term transition: away from coal-fired boilers and toward greater reliance on natural gas and renewables such as wind and solar. Largely in response to record low prices for natural gas in recent years, coal’s contribution to the US electricity supply, currently about 30 percent, has fallen below that of natural gas, which accounts for one third of generation.

Two regulatory proposals recently announced by the Trump administration, described below, may have the potential to breathe new life into coal-fired electricity generation in the United States depending on how they are implemented: the Department of Energy’s (DOE’s) September 2017 Notice of Proposed Rulemaking (NOPR) on grid resilience pricing, which was subsequently formally issued by the Federal Energy Regulatory Commission (FERC); and the Environmental Protection Agency’s (EPA’s) new rulemaking, announced this month, to repeal the Clean Power Plan, an Obama-era rule aimed at reducing greenhouse gas emissions from existing power plants.

The FERC notice on grid resilience pricing requires the Independent System Operators (ISO)/Regional Transmission Organizations (RTO) under FERC jurisdiction to create a tariff that compensates eligible reliable and resilient generators for their full costs of supplying power, including a rate of return on capital. Eligible generators must be able to store 90 days of fuel on site, which seemingly makes most coal and nuclear plants eligible while ruling out gas-fired generators without significant further investment in fuel storage capacity. The rationale for this rule is to help improve the “resiliency” of the bulk power system when threatened by a lack of fuel to power generators. This proposed rule is on a fast track, with comments due to FERC by October 23.

EPA’s proposal calls for repeal of the Clean Power Plan. The basic rationale here is that EPA exceeded its authority under Section 111 of the Clean Air Act in two main ways when it developed a regulation to limit carbon dioxide (CO2) emissions: by defining the source category as the entire fleet of existing electricity generators within a state and explicitly including changes in power plant dispatch and investment in renewables as components of the best system of emissions reduction used to set state-specific emissions reduction goals. The proposed rulemaking also includes a modified benefit–cost analysis of the Clean Power Plan that focuses on domestic climate benefits only and offers a range of perspectives on ancillary air quality benefits, suggesting that repealing the rule could have positive net benefits to society. (Ed. note: RFF’s Alan Krupnick and Amelia Keyes wrote about the treatment of health benefits in the proposed rulemaking last week.)

Both of these announcements appear to be favorable to coal. FERC’s NOPR seeks to forestall more coal plant retirements in the face of low prices in RTO- and ISO-operated energy and capacity markets. The reasoning given is that many existing power plants (including coal generators) offer resilience and reliability value not currently rewarded in those markets. While coal-fired boilers are not singled out by name in the proposal, the 90-day fuel inventory requirement clearly applies to coal and nuclear plants. EPA’s announcement removes the CO2 emissions reduction requirements under the current Clean Power Plan, which weigh most heavily on coal-fired generators due to their relatively high rates of CO2 emissions. EPA’s October 2015 analysis suggested that coal-fired generation would be more than 20 percent lower in 2030 under the final rule than if it was not in effect.

But are these regulatory announcements necessarily as friendly to coal as they appear to be at first? The answer is highly uncertain because both raise more questions than they answer. Indeed, FERC staff have posted a list of 30 questions on which they are seeking input by the October 23 deadline for submitting comments on the proposed rule. EPA has indicated in the preamble to its proposed rule to repeal the Clean Power Plan that the agency has not yet determined when or even if it will promulgate a new rule to regulate CO2 emissions from existing generators, let alone what form such a replacement rule would take.

The effects on coal generation of FERC’s proposed rule relate largely to how the rule might evolve as it goes through the regulatory process. An important sign is whether eligibility for a cost-recovery tariff suggested by the language used in the proposal will be extended to recently retired capacity or to new plants that might be brought online. Another is whether the 90-day fuel storage requirement, which has little justification in the preamble to the NOPR, is the right standard for a resilient fuel supply. Perhaps a larger issue is whether FERC will take the apparent re-regulatory approach suggested by the language on tariffs to ensure cost recovery for generators that meet certain criteria or if it will instead seek a more market-based approach to reward generators who provide services that increase the resilience and reliability of the grid. (Ed. note: RFF’s Tim Brennan detailed some of the specific issues at play here in a separate blog post this week.) FERC’s list of posted questions suggests that it is clearly interested in better understanding the problems that exist currently with respect to resilience and the role of various technologies in contributing to a potential solution.

In the case of EPA’s proposal, the main question—assuming the repeal itself withstands expected legal challenges promised by environmentalists and some states—is what the agency lays out as a replacement (again, assuming it makes such a move). The rationale for repeal hints at a future standard based on emissions reductions attainable at individual power plants through changes in operational efficiency. Prior EPA estimates suggest that operational changes at fossil boilers, which are predominantly coal-fired, will produce emissions reductions of roughly 4 percent on average. This estimate is a small portion of the 32 percent reduction in emissions expected under the Clean Power Plan by 2030. Revisiting the options for emissions reductions at coal plants could reveal more opportunities through co-firing with natural gas or other activities not explored in the original development of the best system of emissions reductions as defined in the current Clean Power Plan.

Even considering the potential for additional ways to reduce emissions through actions taken at existing emitting plants, the reduction targets for the power sector as a whole will likely be substantially less ambitious than those originally outlined under the Clean Power Plan. At the same time, the “inside the fence line” approach suggests that each plant must meet the target specified by EPA’s best system of emissions reductions on its own. Thus, unlike the current Clean Power Plan, which encourages trading of emissions reductions between generators, the replacement rule may not allow for such environmental trading. This lack of flexibility will tend to raise the cost of meeting a particular environmental target. And, without more analysis, the impact on balance on the sector of a less ambitious environmental target coupled with less flexibility is difficult to predict.

These two proposals illustrate the very different views of the electricity supply sector taken by the two agencies. The discussion of resilience in the preamble to the NOPR (much of which is based on material in a DOE staff report on reliability and markets) focuses on the grid as the source of reliable electricity needed to make the US economy productive and successful. The reliability and resilience services that the rule seeks to protect and reward through preserving particular types of power plants are integral to the performance of a larger system. To an even greater extent, FERC’s questions suggest a system-wide (and potentially more technology neutral) approach to efforts to preserve and enhance grid reliability and resilience. In its rebuke of the Clean Power Plan, Administrator Pruitt’s EPA takes a very different perspective when it dismisses an electricity system-wide approach to defining the best system for reducing emissions of CO2 as being inconsistent with the requirements of Section 111 of the Clean Air Act.

The regulatory and legal contexts for each proposal are very different. But are there perspectives on system-wide supply of electricity services in the context of resilience that will be brought into the climate regulation context? Widespread consensus exists on the need for both substantial decarbonization of the US electricity supply as well as electrification of transportation and other energy end uses to achieve the long-run goal of 80 percent reductions in economy-wide CO2 emissions from 2005 levels by 2050 (as articulated in the US mid-century strategy submitted to the UN Framework Convention on Climate Change in November 2016). Finding an environmental regulatory path consistent with more system-wide thinking will likely be necessary at some point, even if current signals from EPA suggest that this is unlikely in the short run. 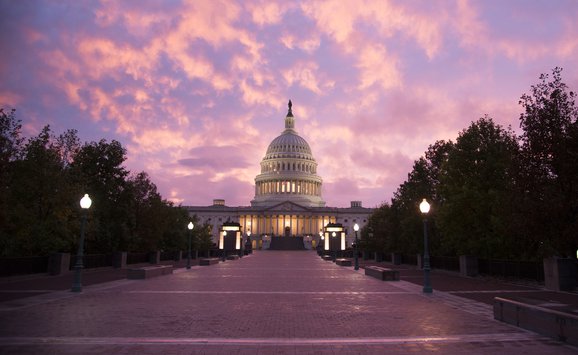